So after a long while playing other games, aimlessly browsing through DeviantArt and Gabe Newell nearly eating my wallet, I thought I'd return back to my mod. I'll start off by tinting every Allied vehicle's windshields green...

I'm currently working on revamping the three current factions (Allied Nations, Soviet Union, Chimera Legion). Its gonna take some time cuz there is a ton of work to do, like balancing, replacing units, making cameos, etc. Hopefully, once this is done, I might be able to implement a Technology Branch system I've thought of some time ago. I'll post an update regarding this some time in the future, but don't get your hopes up seeing this feature in the first release. I'll probably experiment with it once I'm happy with the mod's current status. Curious on how this Tech Branch system works? Here's a brief idea: Ppmsite.com

As for now, here are previews of some the revamped Allied vehicles: 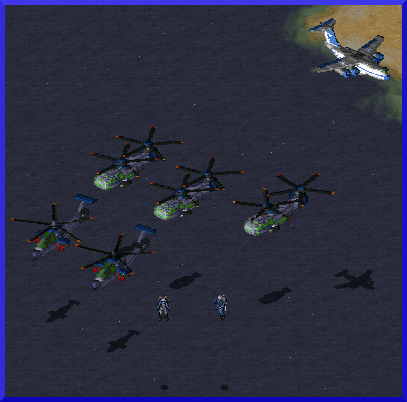 The Blackhawk has been replaced with an updated version of the Nighthawk. Still a radar-invisible transport chopper armed with a machinegun, I plan to make it upgradable with rocket pods once the Tech Branch system is implemented. Also the Comanche has ditched it's all-black paint scheme for a more unified Allied scheme. 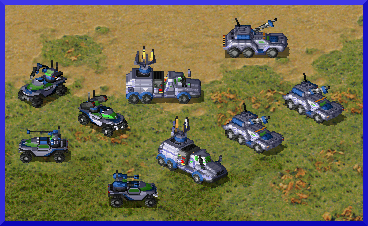 All Allied vehicles have green windshields, making them look more unified. Each faction will have different unified colours for their vehicles' windshields. Also note the Claymore Howitzer's new voxel, done by Azri_Apoc. 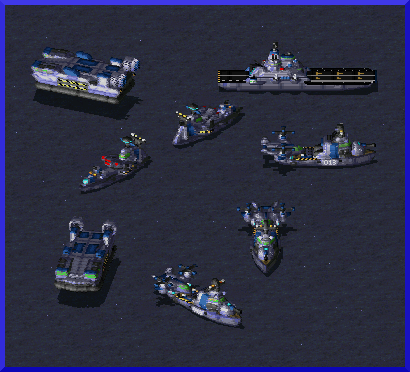 Some minor graphical changes for the Allies' navy. Note the green windows that was mentioned above. 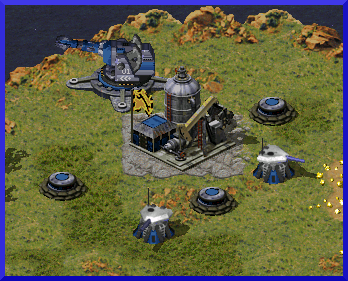 The good ol' Pillbox is back! Also introducing the Gun Turret, by now a familiar face to most of you. Its naturally the polar opposite of the Pillbox, it's 90mm Anti-Tank gun being effective against vehicles but less so against infantry. The Cryo Turret will make a return in the future as an alternative for both these base defences once the Tech Branch system is implemented.

Thats it for now. Remember to check for more updates ;)