After the BETA period is over, we'll wipe out the leaderboard and start anew. The release version of the game will also reset your progress. Don't worry though, there will be a special reward waiting for you BETA testers. This is our way of saying thank you!

The game is almost ready for release. As is standard with BETA tests, we'll reset everything and have a fresh start when the game releases. Of course, we're not simply forgetting all you BETA testers who helped us through the development of the game with your feedback and bug reports. As our way of saying "Thank You" we're offering some sort of reward for all who downloaded and will download and play the game until the time of release. 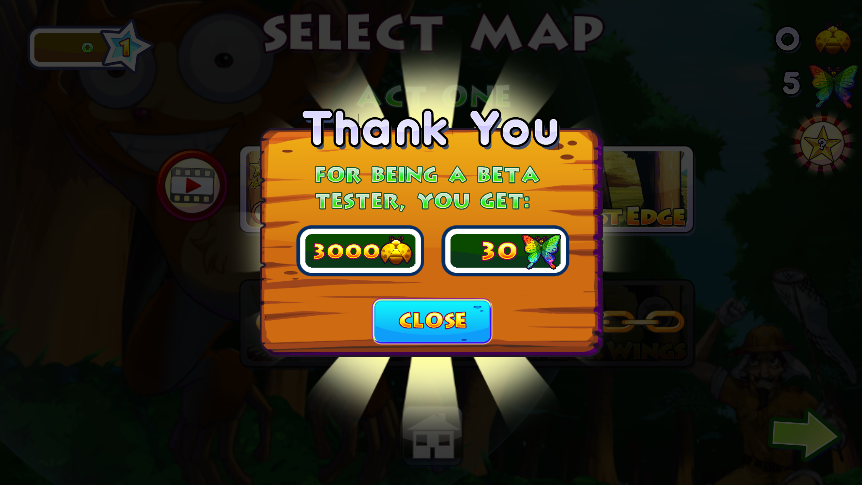 Here's how it'll work:
1.) You have to have downloaded and played the game at least one time since we started beta until before we release the upcoming update.
2.) You must perform the update from the device that you used to play the BETA version on. The reward is device bound, not account bound. After it gives you the rewards, then it will be tied to your account.
3.) You must perform an UPDATE. If you had previously played the game but uninstalled it, or wiped out the local data from you device, then you won't get the rewards. We suggest that you download and play at least once as soon as possible.
4.) This is for Android only.

So there you have it. Once again we thank all of you for your contribution, and we're so excited to deliver the release version of Super Tiny Monkey: Act One.

For those who still wish to participate in the Beta, you can download the game here:
Play.google.com