Get the scoop on our experience at RTX 2013! See what people thought of Orbit in person!

Posted by BluishGreenPro on Jul 9th, 2013

This was it, this was the public debut of Orbit, and the first convention we’ve ever exhibited at, and it was a blast. We showed off Orbit to dozens of people and the reception was unanimously positive. A few people bought the game right there at the booth, while others sighed as they pulled out their Android devices, showing us that they couldn’t get the game even though they wanted to (something we’ll fix as soon as we can afford to get the Andriod exporter for our copy of GameMaker Studio). Even people who traditionally aren’t interested in the Tower Defense genre were checking the game out. Time and I again, I touted Orbit as “The future of the Tower Defense genre” and not once was I challenged on that claim. 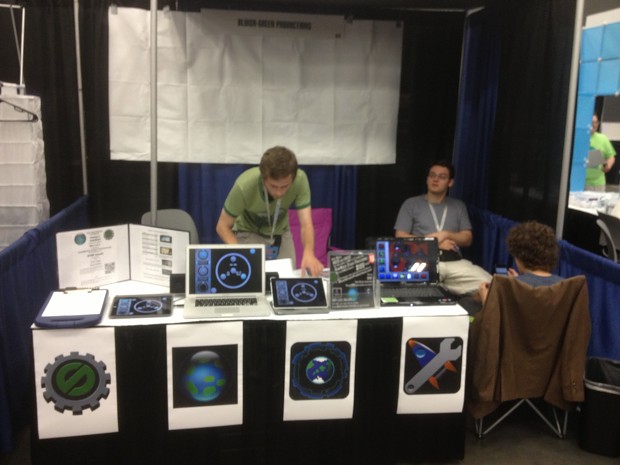 The smallest booth at RTX 2013

In addition to the fan feedback, we also got to meet a lot of the RT Staff, and a couple other celebrities attending the event. The only thing we didn’t have time for was to visit any panels, which would have been cool.
This was an expensive trip, and it’s too early to say whether it was worth it. It was definitely a lot of fun, and a fantastic learning experience. I’ve compiled a list of tips based on our experience at RTX for any Indie Developers looking to make their own first appearance at a convention, which I’ll be posting in a future update. 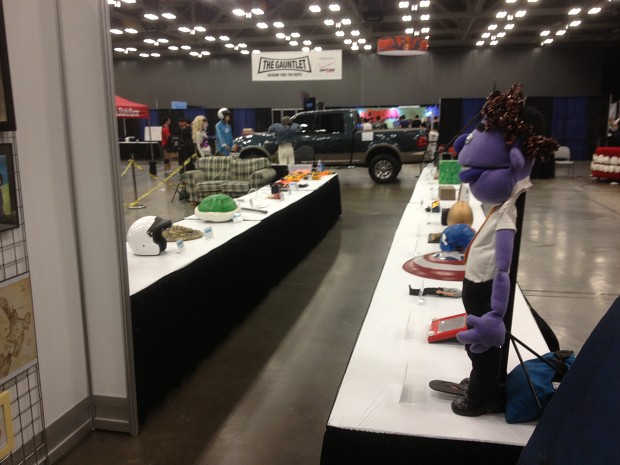 How many props from the RT Museum can you recognize?

To anyone who was able to come out to meet us at RTX, it was a great to meet you! Thanks for all the positive feedback, you’ve given me great insight as to how to proceed with the future of the game’s development.