Jumped on a plane for 20hours to attend PAX in Seattle, here is my report.

PAX Prime 2012 was my first PAX so I figured I should report back on how it went attending as press (representing ModDB/IndieDB). For the unacquainted it is held in the Seattle Convention Center which is right in the heart of the city, across a number of buildings. This was my first time in Seattle (it is a 20hour flight from Australia) and the city itself is awesome (especially if you are a music fan), though for now lets focus on the games. 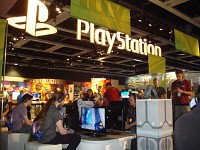 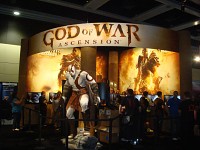 .... so i'll begin by saying PAX is nothing like E3 or GDC which I have attended a few times. For a start the sheer number of people attending is mindblowing and as a result the conference has exploded across numerous buildings filling them all. E3 is definitely much more flashy in terms of insane booths, promotional posters etc, while GDC is as the name implies built more for the developer and those in the industry. The net effect of this is that PAX is there for the consumers, the fans and those who play basically any type of game. 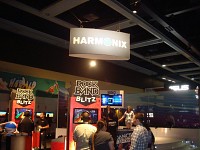 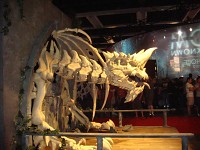 The upside of this is that you are surrounded by new content pretty much all of it playable and preview able which is awesome (though I did get totally beat in virtually all games I played). The downside however is that you are also surrounded by 150,000+ fans who like you are there to play the same games you want to, which means seriously long queues - though you do usually get swag at the end of these queues.

In terms of the content, well i'm there to meet developers and play new stuff and PAX has that covered from the hot hot stuff such as Borderlands 2 right through to what I enjoy more and that is the indie games. In the indie section you have the PAX 10, as well as a ton more now thanks to the IndieMegaBooth which organizes them all into one section (oh and best bit of the indie section is no queues!). Two of my favorites had to be Hawken and Guacamole! 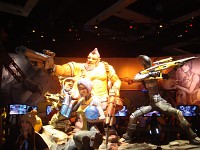 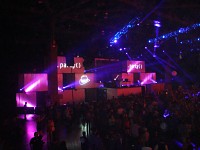 Finally for the 21+ you also have some insane parties such as notch's which would have been 2000+ people - PAX is definitely something to be experienced so I hope you enjoyed my general overview and I catch you there next year.