With this latest bit of news, the Battlefield 1918 development team is proud to announce the arrival of new and unique Armored Cars!

Greetings everyone. Today the Battlefield 1918 dev team has at last a news update for our followers and fans. Todays spotlight will be on the subject of Armored Cars!

The first new design for Battlefield 1918 is actually comes in two variants, the Peugeot Armored car.

This was a French design from the early stages of the war and will be featured on some of the French maps. Players will be interested to learn that while it is an open top design, the Peugeot Armored car has four seats, and comes equipped with either a MG or the same 37mm cannon as found on the Renault FT! This design was known to be used not only by France during the war, but also by the Kingdom of Serbia. 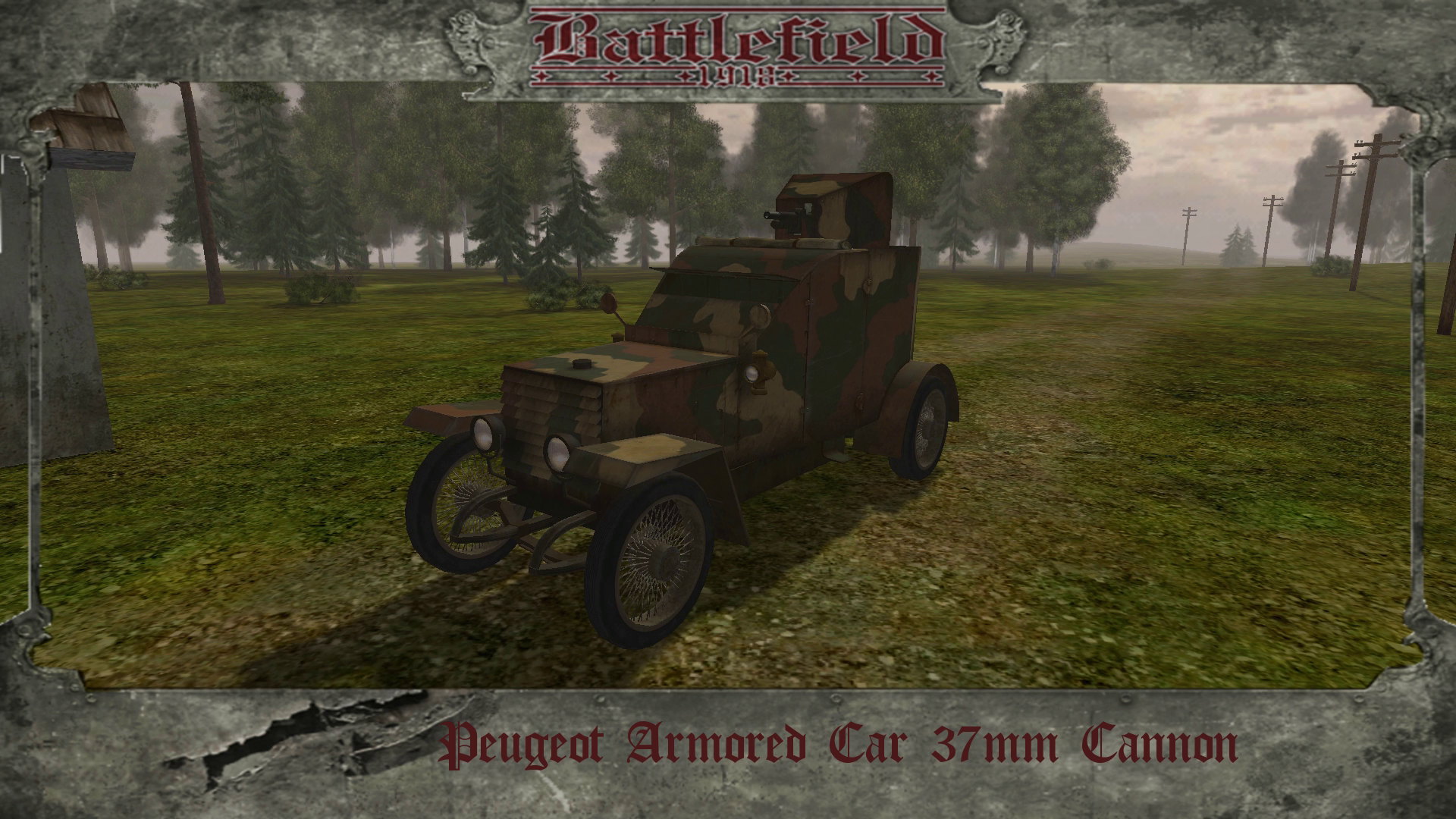 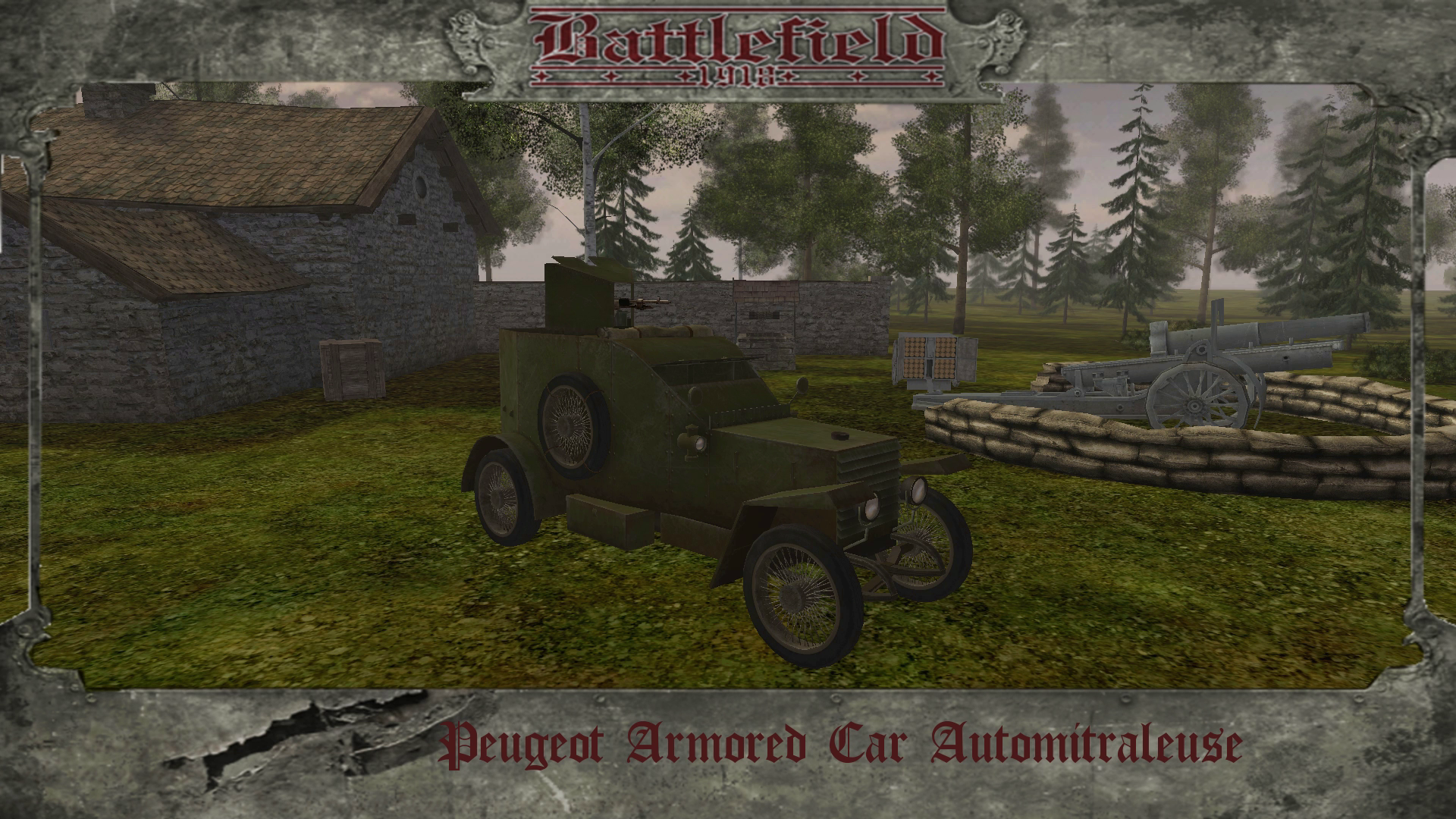 Another new vehicle that we will be adding is the brand new Russo-Balt Armored Car. This is a Russian design that actually dates to before the war. This vehicle offers 3 seats and 3 MG positions, covering the Front, Back, and Left side. This gives this machine a notable blind spot on the Right side, but this is also a notably smaller armored car, making it harder to hit. 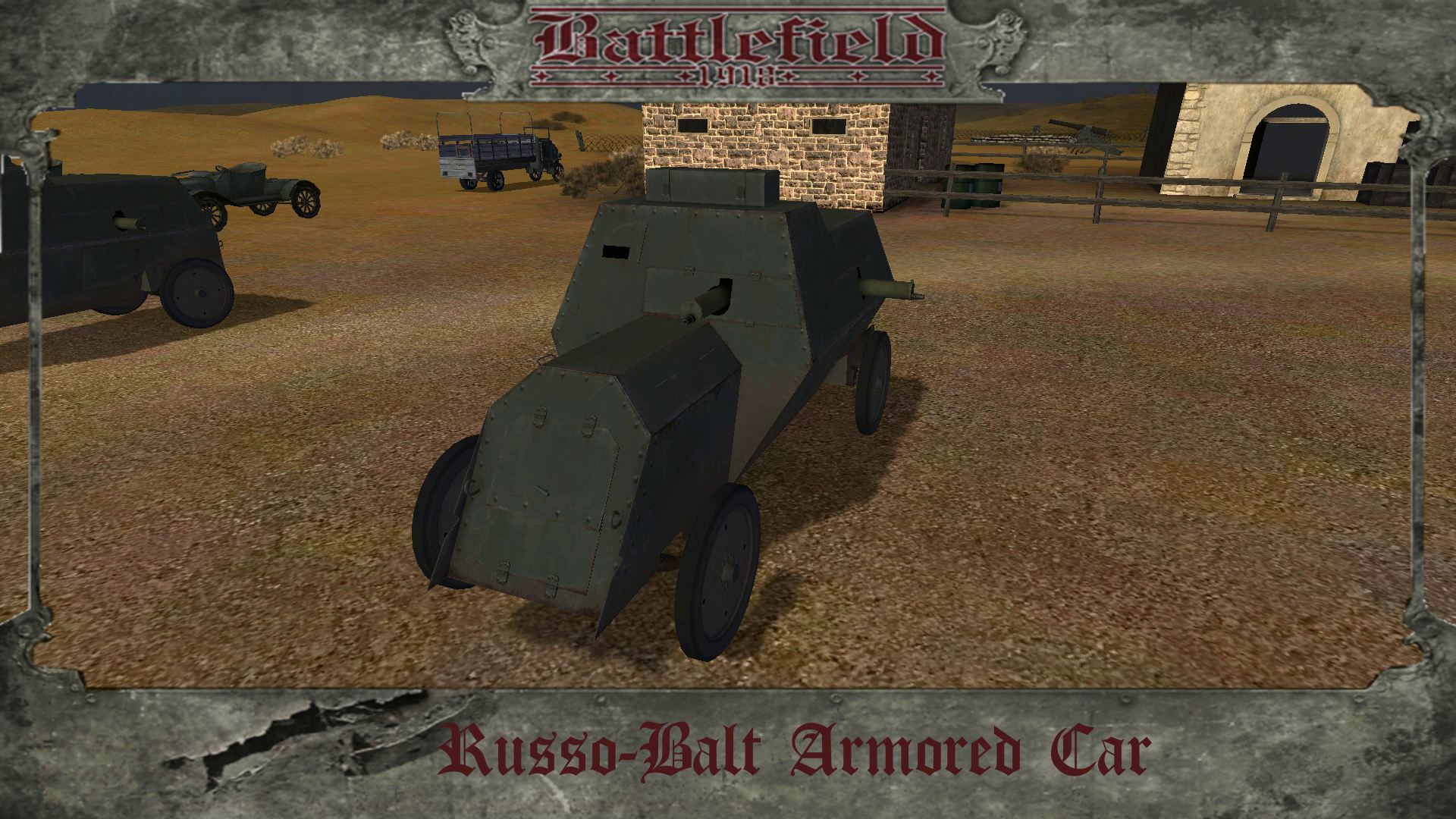 Our last new Armored Car for today's news is famous Austin Armored Car. This is once again an early war design from 1914. Although a British design, this Armored Car was most famous for its use by the Imperial Russian Army. One of the most unique features of this vehicle is the twin turret design, allowing just 2 gunners to cover almost any angle. This vehicle would see use with several nations during the war. 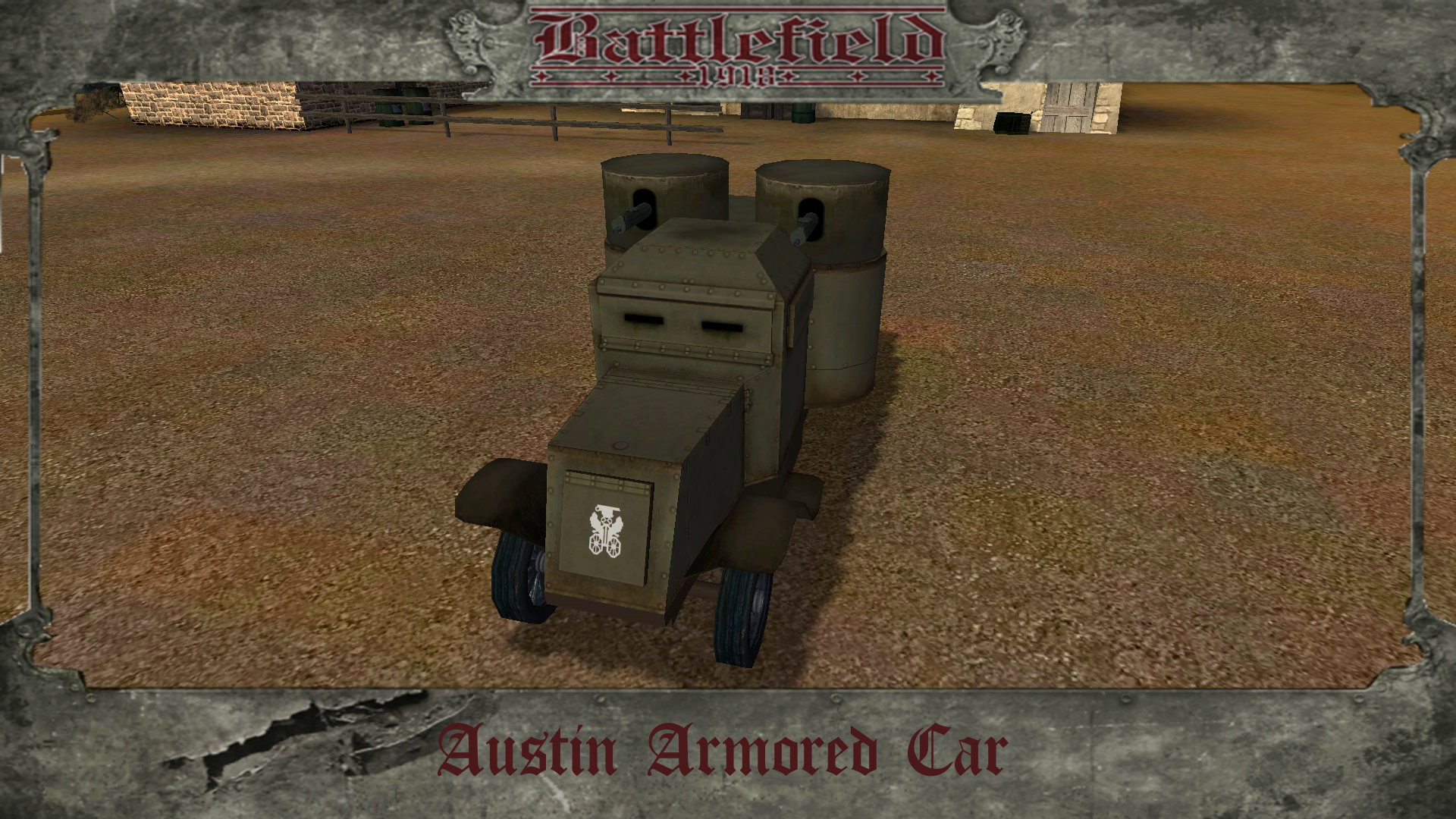 This is great! I'm happy to see that you guys are still continuing with the development of this mod, and I know many others are too. Keep up the awesome work guys.

I'm still impressed how this mod still exists even after all those years...
Nice job to the devs!

I love the look of that Austin Armored car! I sure hope it's on maps with a particular lack of cannons.