We have just finished a smarter level generation algorithm and begun work on finished animations for the player character!

Things are rolling smoothly. We have just finished a smarter level generation algorithm that should eliminate some pesky impossible scenarios and errors created by the old one.

The old algorithm used direct noise maps for generating caves, which meant we could only control the density and overall size of the WHOLE cave system. The new algorithm uses noise controlled worms that carve out the caves. In addition to 'noise controlled worms' sounding fantastic, we now have control over the AMOUNT of caves and the size of EACH. We can even make dead-ends which weren't possible with the old one.

So far the tests of this new level generation are looking excellent. Here are some comparison screencaps for you to judge =P 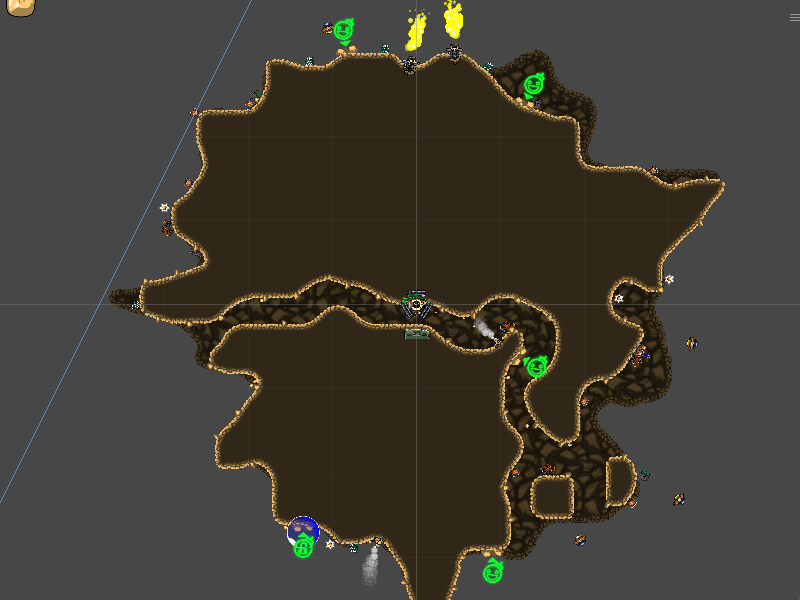 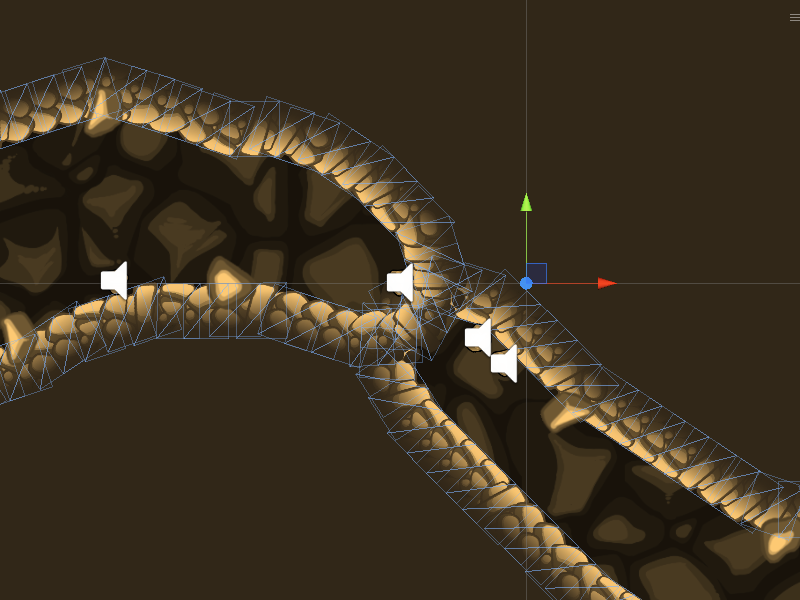 Some walls were way too narrow and looked ugly 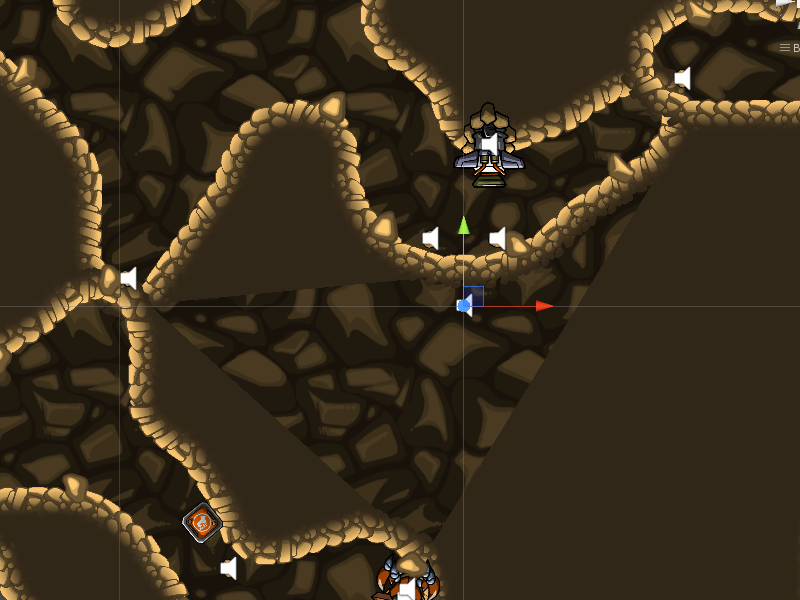 Here the narrow walls create a hole in the mesh! 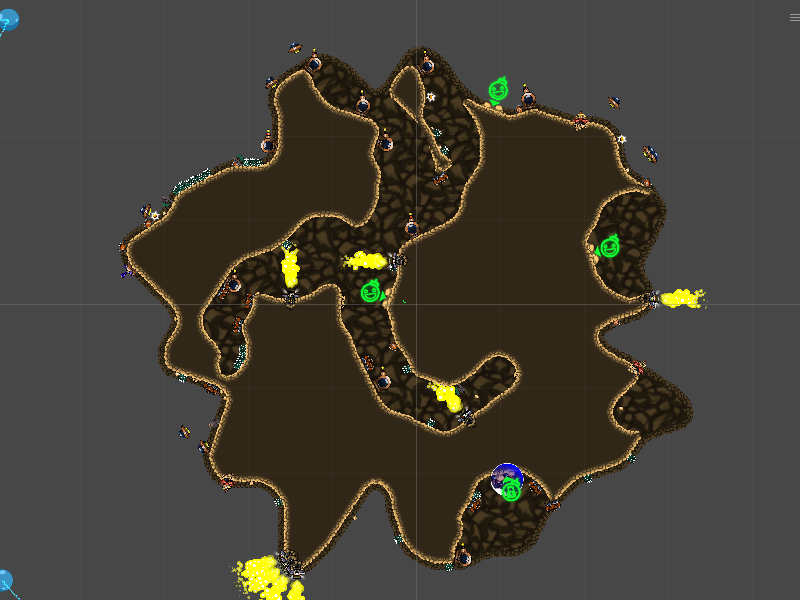 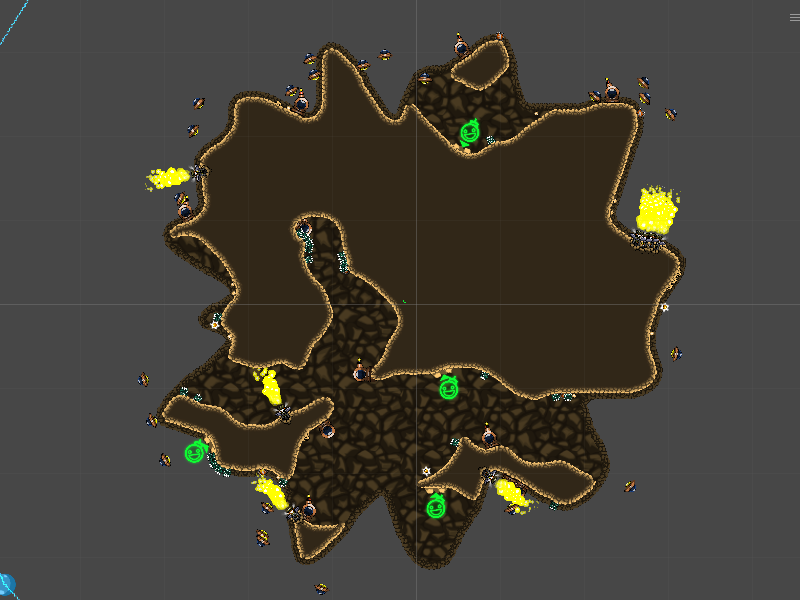 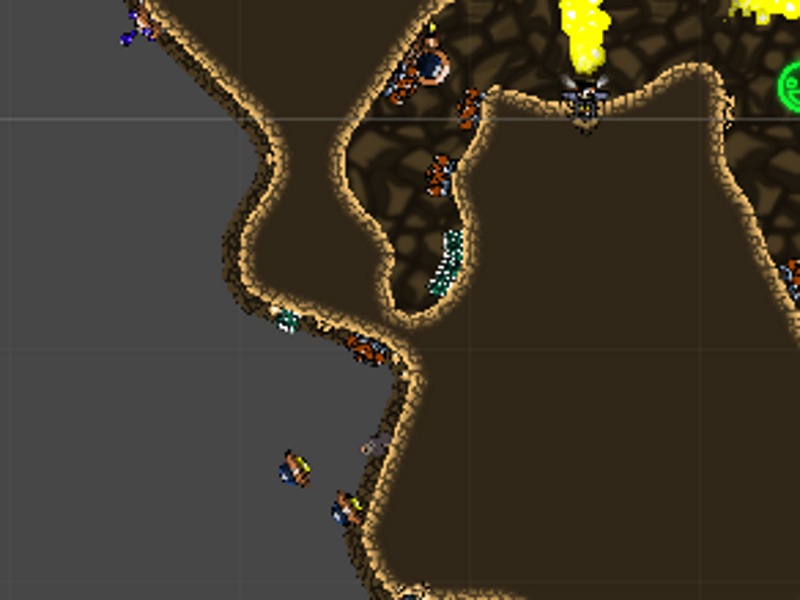 An example of the narrowest ALLOWED wall

In the graphics department, work is on the way for the player characters long neglected final sprites. The new astronauts have a total of 18 animations with roughly 97 frames, over doubling the amount of the old placeholder graphics. Here's a sneak peek of the finished inked frames!:

Finally, we have also begun work on the final batch of new enemies and hazards. This batch contains FOUR new enemies, THREE new hazards and TWO new items. These will be revealed eventually once the code and the graphics have been finished.