This week we talk about the perils of being in Atlantis! Hazards everywhere!

We've already discussed Atlantis: here, and here, and here! We should stop milking the same old cow, and we promise that this will be the last update about Atlantis for a while (we still haven't talked about Posidon, but that's another subject on it's own!). However, there is one thing we have yet to talk about. The Hazards. Those things that sometimes annoy you, sometimes kills you, and other times make something else kill you because you were avoiding the hazards in the first place.

In the hazards department, Atlantis will have:

Whirlpools attract nearby units and then, after some swirling, hurl them violently. We haven't finished working on this hazard yet, so they might change a lot, because we still have no idea if they are fun or not. 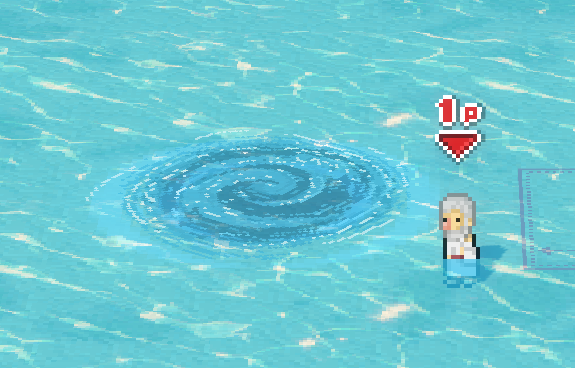 As you can see in the .gif below, we are having some issues with what we like to call z-fighting (boring people calls it Z write order * booooring *). The reason for this is that, as we said in a previous update, the water material is transparent/vertex lit, and the whirlpool material is a custom shader by 2dtk called BlendVertexColor. Evidently, they don't get along quite well, and when they are moving, they often forget which one is above the other (Oh, you! Silly shaders!).

Anyway, we haven't solved this yet, but we all trust in Sebastian's expertise in shaders.

The seaweed reduces the units' speed when they walk between them (which can be soooo annoying).

We've already got a glimpse of this at Delphi, where you had another kind difficult terrain hazard, the mud patches, and they proved that they can generate a lot of fun situations!

The legendary Greek Fire was said to be able to continue burning even on water. We took this, stretched the definition a little bit , and we ended up with a perfect fit for Atlantis. We were then able to put fire hazards literally everywhere in the sunken city and have it completely justified by the setting! 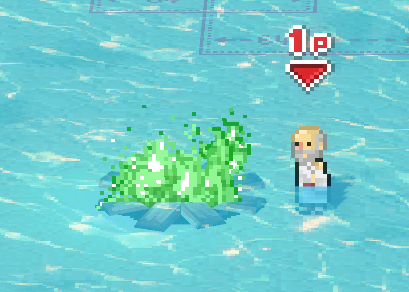 One of the little twists that Okhlos's version of Greek fire has is that even torches are made of it so if destroyed they can transform into a hazard! Touching the fire will, as expected, burn you and your units in a nasty way. So, DON'T touch the big green fire!

Well, that's it for this week, and for Atlantis for a while! I have no clue what we'll talk about next week!