In the first video, I show some of the new skybox lightning, foggy sectors and Active Module Spotlights for your ships. The Second is the monthly promo video for November.

It was said man dreamed of travelling the stars from the first moment he looked up into the sky and marveled at it's majesty. But for untold centuries, that remained only dream. That is until man created artificial intelligence, launching the first sentient program and feeding it all knowledge currently known to mankind.

The A.I. quickly determined that humanity was doomed. Probability of finality while confined to terrestrial existence was indisputable. Mankind joined together in the one hope of salvation, the most advanced spacecraft (The Imperium) they could conceive. A lottery was held and people from all professions and countries were selected to crew it. The A.I. was uploaded to the ship's computer and within a few short years of completion, the ship was launched.

The program had selected a binary system a few thousand of light years away to colonize. The passengers and crew were put into stasis and once reaching a safe distance from their home planet, the ship initiated the first ever test of the wormhole drive. No one remembers quite what went wrong, but the alarms awoke those from cryo-sleep and initiated evacuation procedures. The worm-drive had malfunctioned and somehow created a singularity that warped both time and space.

As the crew ejected, the last remnants of the ship could be seen stretching into the growing event horizon of a super massive black hole. Stars, planets, and asteroids were all pulled into a newly created universe and the people of The Imperium were left stranded to rebuild. The ejection pods landed in all different directions, and the first survivors scratched out what could barely be called an existence. 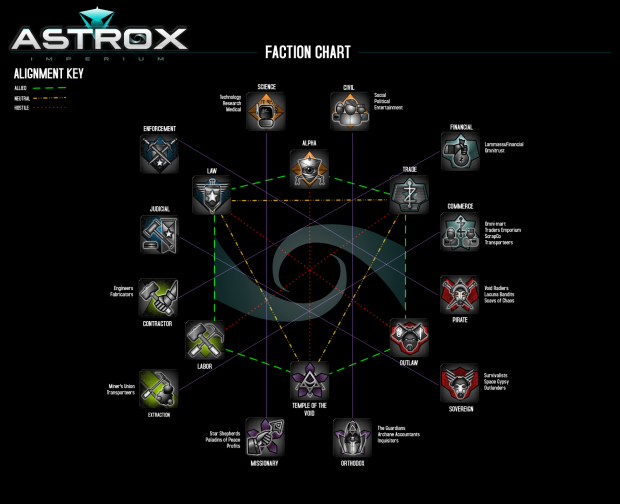