We reveal some great new imagery in this week's update, and continue to make strong progress on integrating procedurally-generated narratives.

Posted by JellyfishGames on Feb 9th, 2015

It has been a busy week at Jellyfish Games, and we are seeing great progress as the Astrobase Command Alpha is full game loop.

Some of our major progress this week includes:

Several other particle effects have also been created to help the player better pick out items aboard the astrobase. 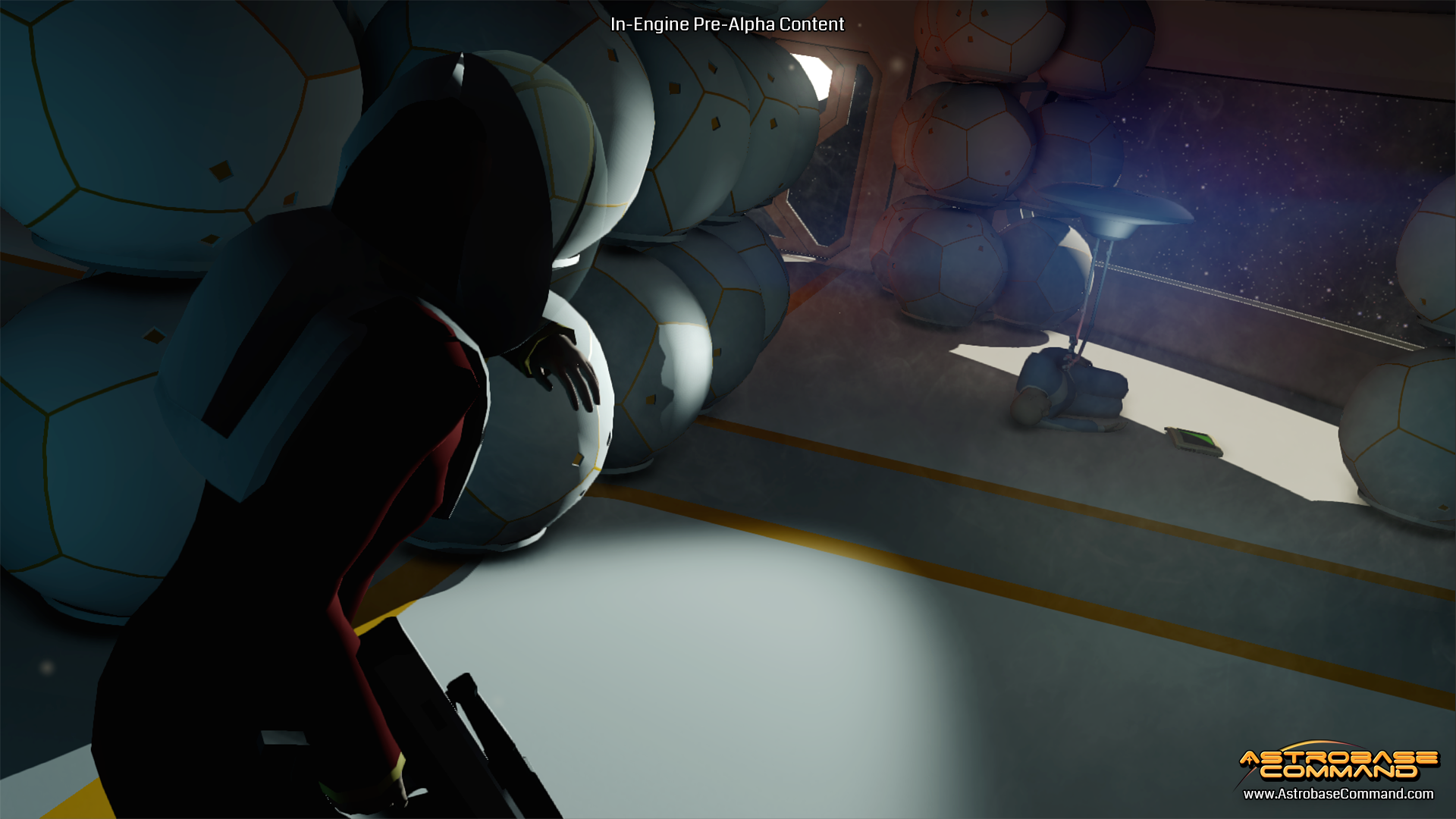 We have begun the work of capturing some imagery for later promotional use, and are happy to reveal one of the images today. 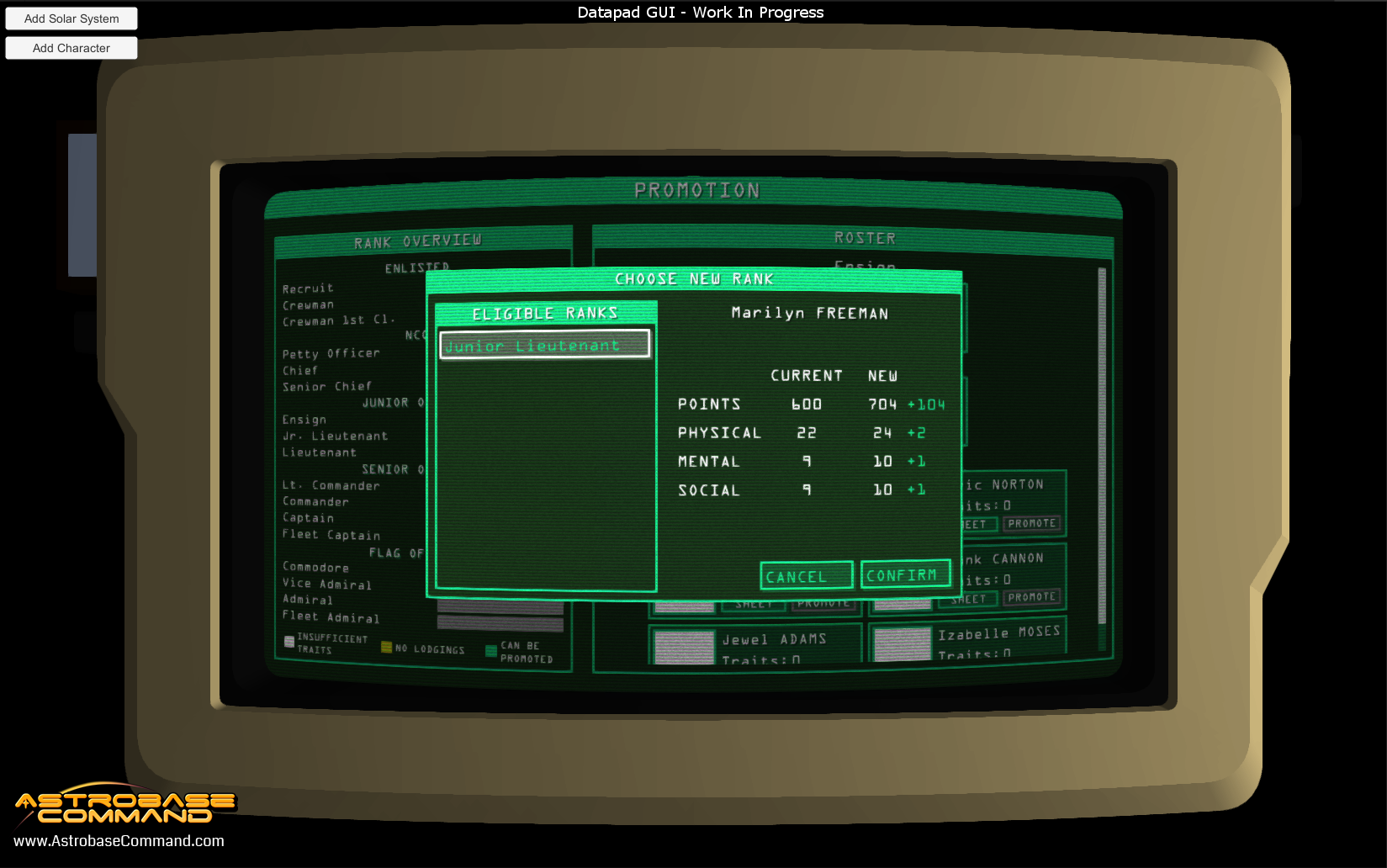 The datapad, the player's main tool for interacting with the astrobase and its crew, continues to advance, with a number of new functions being integrated in the past week.

For all the wonderful eye candy we're able to show off this week, we are most proud of the state of our procedural narrative generation. Our recent efforts have focused on building conversations between characters word-by-word, and sentence-by-sentence.

We aren't quite ready to announce a firm date for the beginning of Alpha testing, but you can swing by our forums to sign up for a chance to take part when the time comes.

Jellyfish Games is a Montreal-based independent game studio, made up of Adam Blahuta, Dave Williams and Daniel Dahl. We brought our big-studio experience together to make the deep, systems-driven games we've always wanted to play.

Early history Jellyfish Games was founded in 2013 in a coffee shop. a bunch of game development friends met up weekly to talk video games and show off their side projects. When Dave Williams first presented a sci-fi game he was designing (Astrobase Command), he had a team ready to make it a reality before he could even say "alien spider-bear infestation".

Recent After a warm reception by the sci-fi loving media and gaming community, Jellyfish Games ramped up their efforts towards a crowdfunding campaign on Kickstarter, which launched in December 2013. While the campaign fell short of its financial target, it drew the attention of a passionate sci-fi fanbase and was greenlit on Steam in just a few weeks (a major feat at the time). This was all the motivation the team needed to push through their budget constraints (read: lack of a budget). They are currently working feverishly on Astrobase Command.

Adam here from the Jellyfish team.

Absolutely! You recruiter sends you applications with potential recruit's stats, skills, traits and other relevant information. You choose who you take on and promote. Since this is a survival game and resources are scarce, you can sack someone if you don't want them or can't affor them anymore.

Fantastic game Idea, would love to help with testing.

I tried to sign up for alpha but I receive not email to activate, not even in spam folder