Welcome to an official update for the Assassination Mod, which is being created by Anarchy Productions. Today, we have yet another update for you, including updated vehicle textures, props, level design and more.

Welcome to an official update for the Assassination Mod, which is being created by Anarchy Productions. Today, we have yet another update for you, including updated vehicle textures, props, level design and more.

WIP Vehicles
Firstly, we have an update on two of the vehicles that are to be included in the modification; the T90 tank and V-22 Osprey VTOL.

T90 Tank
The three below screenshots show the texture progress that has been made on the tank so far. Any constructive criticism/feedback that could potentially improve the texture from it's current state would be greatly appreciated.

V-22 Osprey VTOL
Team member sashaNar has recently unwrapped and textured this model for the modification, with it being one of his first textures and with it also making use of the standard Crysis textures. Note that while it appears light in the renders, it will appear the same shade as the Crysis VTOL ingame. Also planned to be made is the AV-22 Osprey Gunship variant.

WIP Props
Next, we have some new prop models to present to you, with them being various props for the Chernobyl/Pripyat level and another smaller prop that has been created.

Chernobyl/Pripyat Props
Yet another team member has recently been added to the ranks of the team; Crymod community member glenatron, who will be acting as a general modeller/unwrapper/texturer for the team. Below we have some renders of his first works, which he has created for the Chernobyl/Pripyat level. 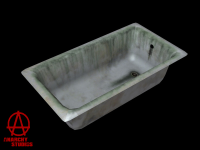 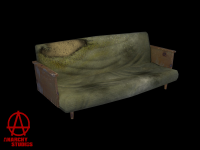 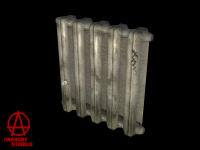 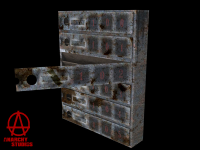 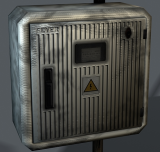 WIP Levels
Now, we have an update on two of the levels that are to be included with the Assassination Mod, with the updated levels being the Chernobyl/Pripyat Level and the Desert Level.

Chernobyl/Pripyat Level
Team member TerrorBlast has been fiercely working upon the Chernobyl/Pripyat level, after recently deciding to completely re-do the level to achieve higher standards of both optimization and visual appearance. The below screenshots show some work in progress buildings he has been laboring to re-create.

Desert Level
The Desert Level, as always, has been progressing greatly, with team member squeak_38 making great progress on the level in general. The below screenshots showcase some of the updated areas.

Money Counter
Now we have the last item for today's update, which is an update on the visual appearance of the 'Money Counter' that will be used to display the total amount of money that has been earned. As many of you already know, the money system that this modification will use was made via flowgraph, and thus would use the default flowgraph text display. However, the team decided that a visual overhaul would be needed, and thus we have a screenshot of the money counter design, which is fully working ingame via the use of a custom flowgraph node.

Recruitment Positions
The team is currently looking for some new talented recruits to join Anarchy Productions for work upon the Assassination Mod, with the following/below positions being open in the team. For more information on how to apply, be sure to check out the official recruitment thread, which is located here.

That's all for today's update, we hope you enjoyed it! If you have any comments/feedback, be sure to leave them for us.

Awesome. Though I personally would like a new "modpicture" to better represent the quality of the mod :)

this mod is coming along very nicely, great job!

We don't need any of those positions urgently filled, excluding the Level Designer position. It never hurts to have extra people on the team, it eases almost everyone's workload. The team currently consists of approximately twenty members.

Thanks for the comments guys :)