ASoD 0.8, although very delayed, is a very important release. It makes some stability and performance changes as well as adding multiple new systems, factions, and ships. ASoD 0.8 is a much more interesting universe.

It Won't Stay Dead
ASoD 0.8, although very delayed, is a very important release. It makes some stability and performance changes as well as adding multiple new systems, factions, and ships. ASoD 0.8 is a much more interesting universe. 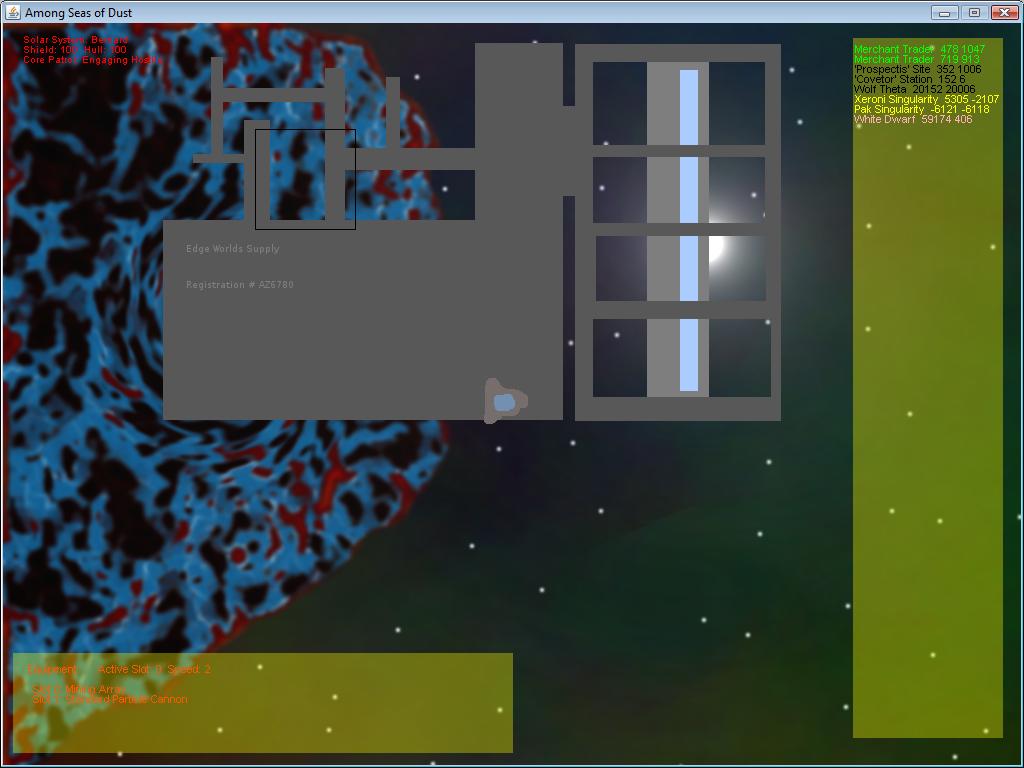 First of All, How did it get faster?
Well, I actually went in and did another performance analysis. I discovered that bullets were being drawn no matter their XY location! That was wasting a surprising amount of resources, especially during the initial loading of the game.

So, I went in and fixed that. Then, I altered many of my for loops to use a global variable instead of creating a new "i" every time. Although tedious and can cause bugs, I was able to get it working in some parts such as the HUD and Rat classes. The main change there is that a variable is reused, saving a surprising amount of resources.

No More Annoying NPC Pop Ups!
Nope! The flashing NPCs at the load of a system are gone except for a few lonely traders who occasionally get through. Not only does an NPC poping up randomly on the screen look bad, it can also cross your bullet causing random aggression with it!

Now, NPCs are bound by a "wait" switch. This switch forces them to wait for between 100 and 850 game loops before spawning (this is randomly determined) and they cannot interact in any way until their loop is up. This does 2 things.

New Stuff
A few new systems and a new ship have been added. I will not list them, you can go discover them yourselves. They are some Draco systems, and they are very fun. To me the Dracos will be like the border worlds in Freelancer, and I don't want to spoil it.

Planned Stuff
The next release should contain the following:

Comments
Please send questions and comments to me here or at masternerdguy@yahoo.com! Your voice is important!