Ask a Developer entered round two last week with a short bio of our Producer Bryan Farina. As usual, we collected a fair amount of questions on our Forums and Social channels for Bryan to answer. And he took his time to answer a lot of questions, touching hot topics like campaign, mod tools, eSports, Pay2Win and much more.

Ask a Developer entered round two last week with a short bio of our Producer Bryan Farina. As usual, we collected a fair amount of questions on our Forums and Social channels for Bryan to answer. And he took his time to answer a lot of questions, touching hot topics like campaign, mod tools, eSports, Pay2Win and much more. 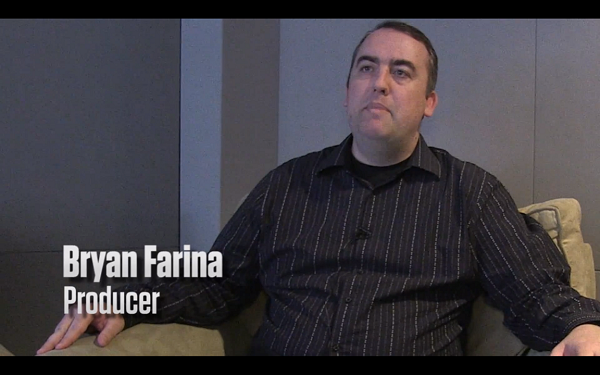 So check out his answers below:

Do you hope to go the path of Starcraft II and League of Legends into e-sports?
E-sports is a longer term goal for Command & Conquer. We have a tremendous amount of work to do to get the game and the supporting feature sets ready for proper e-sports. Things like replays and spectator mode won’t be Day 1 features for us (yes, insert joke about them being Day[9] features here) but they are high priority on the backlog.

How often are we going to need to use this new resource “oil” is it going to be absolutely vital or could we get by in a game without it?
Oil is pretty vital, but it is possible to employ strategies that use less of it. I’m not sure you’d have an easy time without it completely, though.

How frequent do you plan to release new generals once the game is released and what does that mean for the balance of the game?
We haven’t gotten into a post-release content creation cadence yet, so I don’t really have a definitive answer on how frequently. To put it into perspective (and, to repeat these times are for comparative purposes and are completely non-binding) we’d prefer something like a general a month vs. a general every six months.

In a world where there are multiple ways to play the game, 1v1, team games, co-op missions, and the like the balance of the generals against each other is less important than the balance of all the possible combinations of the generals—and oddly, that is usually a bit easier to solve than the 1v1-only case. Some generals might be better for certain modes or styles of play, some may be very good against certain other generals, and some might be generally good in many cases but easily countered by skilled players/teams—think Marvel vs. Capcom as opposed to Street Fighter 4.

Modding and mapmaking are a huge part of the community, and this is something that the dev team desperately wants to make available, but it’s not a simple ‘check the ReleaseModToolsToCommunity flag in FrostEd’ situation.

How much experimentation and innovation is allowed amongst the various developers themselves?
A lot more early on in the project as compared to now, though after we get this major release finished there will be a lot more tinkering. It’s hard to combine experimentation with actually finishing particular release.

How will the progression system work?
None of this information has been released yet, but I can spoil some of the surprise here. The main idea behind the system is to reward people for playing. We reward more for winning and reward more for playing multiplayer (1v1, team, or mode-based) as opposed to solo skirmish. We will be doing a lot of tuning on these systems after we initially release them, so nothing is set in stone just yet, and we are being very careful to NOT create any “pay to win” situations.

Are there definite plans for Singleplayer campaigns and other singleplayer modes beyond skirmish?
Here’s everything I can tell you:

We absolutely want to create and support singleplayer experiences beyond skirmish. Additionally, we want more co-op experiences as well. Campaigns, specifically, are a lot of work to produce to quality and it’s even more difficult given the switch to a new engine and all the other issues that arise as part of creation. Every game balance tweak, every pathfinding/movement bug, every AI bug, every feature that gets added or tweaked all complicate the design and creation of campaign scenarios.

So, yes, we are ideating campaigns and how we would produce and release them given the new paradigm of the game, but there’s no way they will be ready at the initial open beta.

What is the max player count the game will support.
This is an interesting question! The backend systems of the game will support over 200 players on a map. That could mean up to 20,000 units and I’m pretty sure the renderer would eventually be unhappy with the constant extreme cases—and that’s ignoring the size of the map (and art and design time required to build it) necessary to support 200 players, their bases, and their units. So for now, we’ll probably focus on 6-8 players maximum and once we get that settled look into potentially expanding it if it makes sense and turns out to actually be fun to play.

Will the maps be designed entirely for team games or will there be FFA maps too?
We will have maps for both.

How do you plan to manage issue tracking in the new C&C? I would like to use a public issue tracking system where registered users can report bugs or features, vote for them and can follow their development progress. Do you plan to bring in a system like that?
I like the idea of reporting and bugging features, though I’m not sure we’d ever really want to commit to granular reporting of development progress. My suggestion is to bug CIRE about this incessantly so that it stays as a hot community wishlist item.

Zombie general?
Do you mean a general that has an army of zombies? Or a general that is a zombie? If he is a zombie, does that make him the zombie version of an existing or past general (Zombie General Malcolm Granger)? If he has a zombie army, do they have vehicles? Do we need a Plant General to counter him?

Where do you see Command and Conquer one year after the beta release?
I’ll be very honest here… I don’t know. What we release this year is our first stab, and the goal has always been to grow and develop the game hand-in-hand with the community. Because of that, I have no idea today where the game will be in a year, and that’s actually quite exciting. I certainly want it to be an awesome experience, and I certainly hope you are all there enjoying it.

How close did/do you want Generals to be with simulating a battle field environment from force projection to base establishment and expanding roles (i.e. control of villages, hostage rescue, intel gathering and/or pilot rescue)?
We don’t really want Generals to be a war simulator and get lost in all the details of logistics and deployment and whatnot. The game is a bit more fast-paced with the ‘real’ parts abstracted out quite a bit.

How much Pay2Win will be in the new C&C? Is it possible to get a big advantage over the non-paying members?
We haven’t released the information on the monetization of the game yet, so if I try to go ‘IN DETAIL’ I will be tasered by the folks in marketing. I don’t like being tasered, so I will try and answer this as best I can. Anything that has gameplay affect can be gained through nothing more than playing the game. Real money can be used to speed up the progress on progression or to acquire something (like, say, a general) faster. This is pretty much becoming the standard in Western market free to play games.

How much influence have the different C&C fan sites had of the game development until now?
There’s been a lot of influence. You may have noticed that base building and harvesting are back—that was something made quite explicit on fan sites. We had a Community Summit where we collected a lot of feedback on the current game, and we’ve had interaction with the community ongoing since then.

Will it be the same server-chaos as in Sim City 5?
Every game wants to make sure the systems work correctly when the switch is flipped ‘on’, but it’s also a good sign when demand exceeds the capacity. So as much as I don’t want the game to fall down, I hope to have the problem of too many people want to play.

Also, when can we get Renegade 2?
This is another case where bugging CIRE could help. Letting EA know there is a real demand for a game like Renegade 2 certainly helps our ability to eventually make it.

How does one eventually become a game producer? What path did you take?
I started in QA almost 20 years ago at New World Computing, which was a relatively small company. The small size meant a lot of opportunity to help in a variety of roles, and I did QA, technical writing (manuals, install cards), design (levels, scripting, systems, balance), production (printed boxes, sales sheets, silkscreens), and eventually project management. It’s hard to get those same opportunities emergently at a larger company, and I was very fortunate to have been in that situation.

Producers, certainly at EA, are more of a management position and the path to become one can be quite varied. Management experience, production experience, and game development experience all help. Many producers get promoted into that role internally (even from places like QA!). The first step is getting your foot in the door—that’s the hard part. Getting to where you want to be once you are inside is usually a lot easier.

Which Heroes of Might & Magic games did you work on?
I worked on Heroes 1 and 2 (QA, design, writing, production), Heroes 3 (advisory), and Heroes 4 (firefighting).

What is the coolest thing that have happened until now in the development of C&C ?
The coolest thing for me was the Community Summit. It was an honor to meet some of the dedicated fans of the franchise and have a chance to just ‘talk shop’ with them for a while.

When can we see and hear some more about the upcoming game, like screenshots, trailers and details?
Luckily for you, E3 is right around the corner!

nice E3 Xbox One and CnC and Halo and Maybe Saints 4 best E3 every!!

Xbox One is a bit of disappointment, it looks like next gen CD-i, rather than next gen gaming console...

dont care I need it to keep playing the new halo games :P