Army Men III's Beta release is just-around the corner. Check out our gameplay trailer, and some information about our upcoming cooperative game mode. Remember to vote for us!

For those that do not know,

Army Men III is the conclusion to the never-finished original Army Men series that starred the original "Sarge" character. While Sarge returns in this installment, the game now puts you in the role of Corporal Wallace Aron Niles, a new character to the series. With the insane Grey Doctor and his twisted creations wreaking havoc across the plastic world, you are about to play a pivotal role in defeating the Grey Doctor and his army of psychotic experiments once and for all.

Recently we have released our short (and somewhat comical) IOTY Campaign Trailer for those raw recruits that are new to IndieDB and the voting awards. if you have not seen it already you can check it out below (forgive the slight distortion, it's probably happening on IndieDB's end):

Yep, the title is pretty self-explanatory. However Christmas is almost at hand. Throughout the year of 2012, we have dedicated extensive amount of time to work on the game, and since we are getting close to the eve of our beta release, we would hate to leave our fellow fans hanging.

Below is our gameplay trailer for the beta at its current status. Every single footage was recorded in real-time.
Army Men III Beta - Gameplay Trailer - Indie DB

The upcoming beta release will feature a 3-4 hour campaign setting in the plastic world as well as a few in the real world. It will also feature an action-packed skirmish mode with a series of maps taking place almost entirely in the real world to return the nostalgic fun from the original Army Men series (which we will explain further at another time).

The cinematic aspect has greatly improved since the Alpha release. John Rogers, Mike Hillard, and Stig Sydtangen have done an awesome job at overhauling most of the entire dialogue, as well as the gameplay dialogue and damage sounds. As seen in the trailer, some of the animations were also improved, including adding a new aimed zoom animation, and improving the NPC animations.

Although online multiplayer exist in a few of the Army Men games (Most especially Army Men RTS), there was something that all of the previous games - An online cooperative gameplay mode. Franklin Iheanacho (your's truly behind this article) have been working on such a system for some time now. He has practically re-programmed the core gameplay code to work for online play and is currently working on new cooperative game modes some of which were inspired from the Serious Sam HD Coop modes (e.g. Coin Op). He has also improved the AI since the Alpha release, making them more competitive and intelligent as the difficulty level increases. In singleplayer, the NPCs behaviors are effected according to difficulty option whereas in Cooperative mode, the difficulty slightly increases as more human players enter the online game.

We really need your help in this years IndieDB awards! This is the third time since we have made it the Top 100. However, there are only less than 3 days left, so if you have not voted yet, don't forget to do so.

We are pursuing the "Best Released Indie Game" category. In case the Campaign Trailer video did not really help, the instructions are also below in text.

Alternative, You can also vote for our game via the link below: 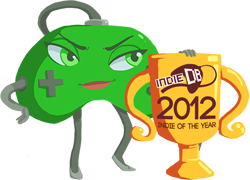 First men of war was one of my favourite games when I was a kid.

I've always loved the series and still is my one of my favorite series for ps2. Thanks for developing a continuation.

Needs to look more like toys. other than that, looks awesome!

I've been looking forward to a direct sequel to Army Men 2 and more especially a good Army Men game with online coop! My dreams have finally come true! Thanks for saving my childhood!