Two mods, one name and one theme. Compete in deadly arenas and come out on top in these twisted games.

Hey there! Things are in motion as usual, but I have encountered unexpected technical difficulties while porting the next non-mapset mod. So while I'm working on circumventing those, have some more mapsets instead. They're called Arena of Death and Arena of Death. Yes they have a common theme and it's an arena, how did you know?

The first Arena of Death was created by an unknown author. It's seven maps for the Second Encounter and they're unusual in that they all resemble (duh) arenas of various types and shapes. There's actually some fairly diverse selection in here. In the readme, Clubey warns potential players of possible technical issues: if you fight or kill too many enemies in one spot, the game could become overwhelmed and crash with a memory error. But that's not an issue in MacenWolf, of course. 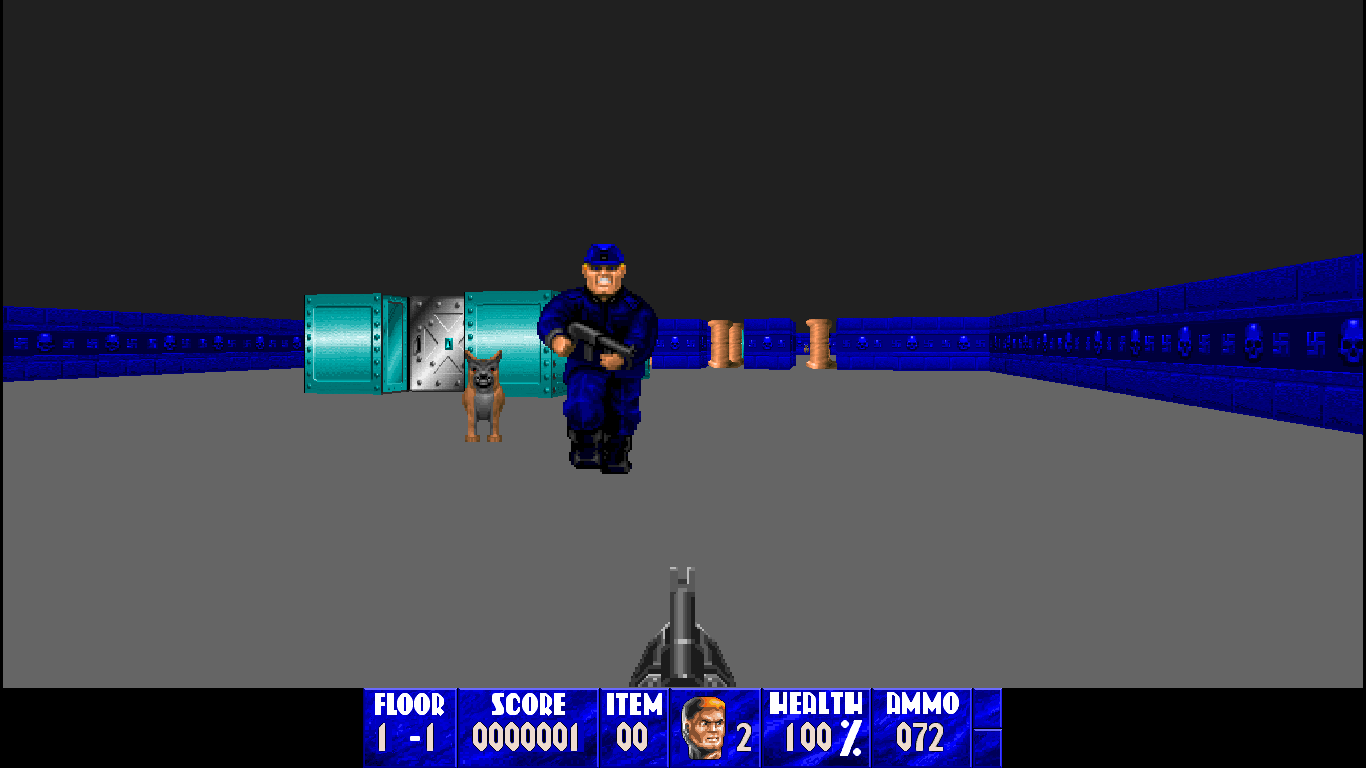 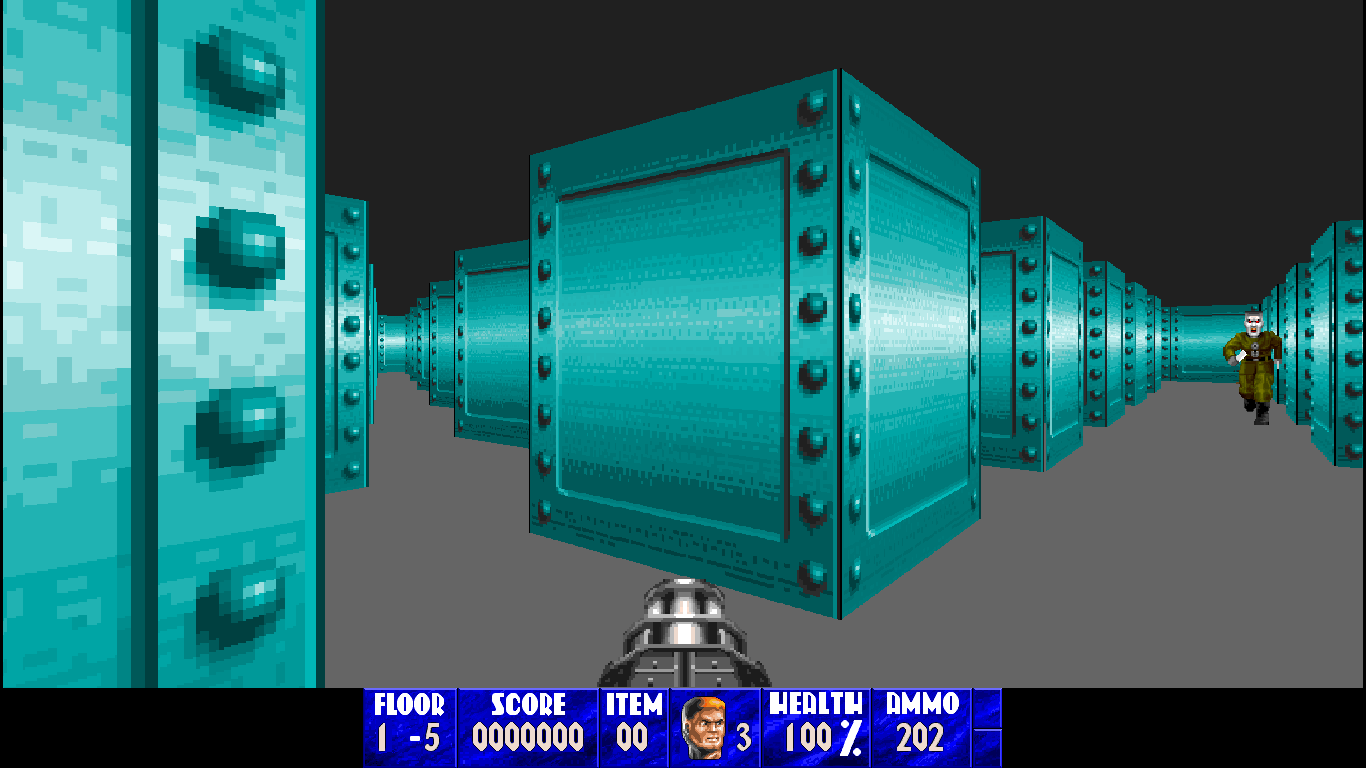 The second Arena of Death is by none other than THE GREATEST Laz Rojas. Dating to 1995, I think it's one of Laz's first Wolfenstein mods, and it shows. 11 maps for the Third Encounter, they all pit you agains enemies coming from all directions on a map-wide arena. The overall shape is always very similar, main difference being in side areas and increasingly harder enemy resistance. You will go from dogs all the way to bosses, but is it worth it? You decide. 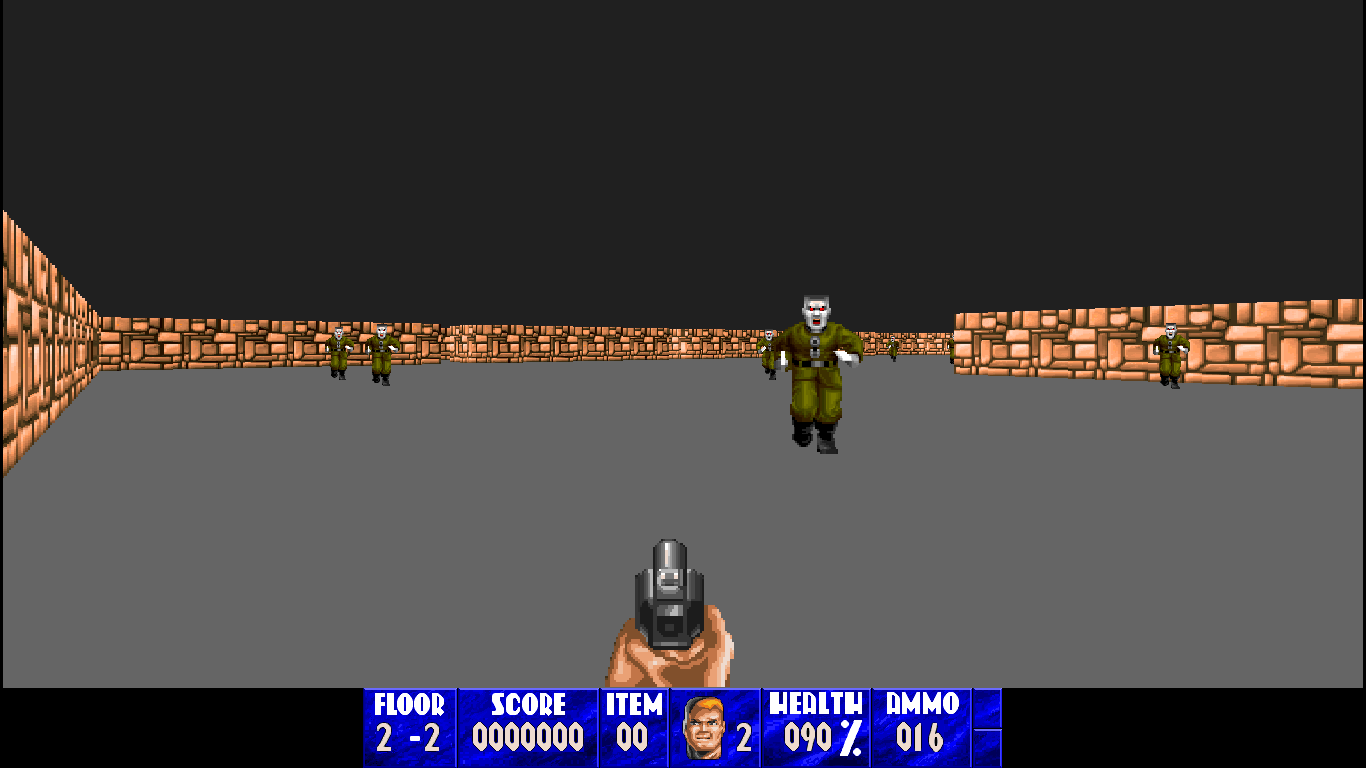 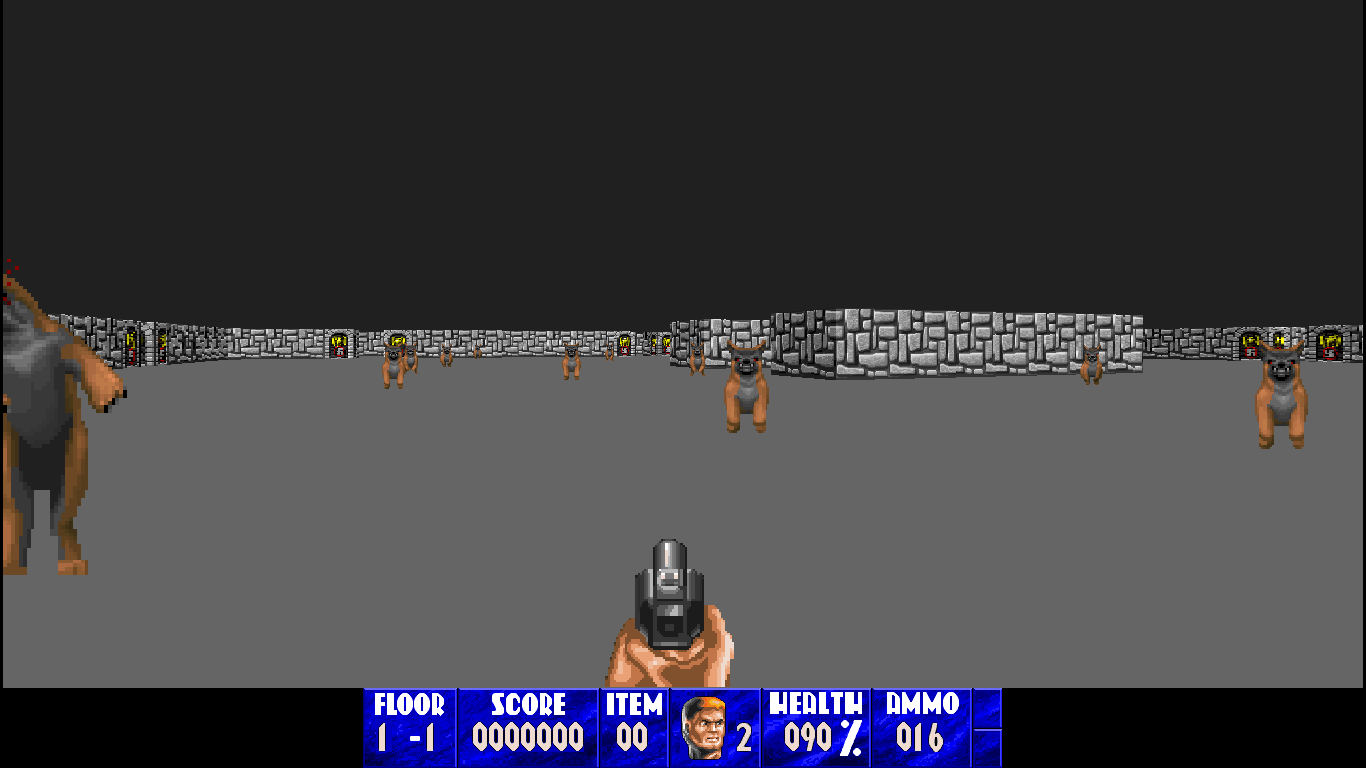 (I will admit that due to present circumstances, this port was a little bit hasty; it was still tested by myself and another person and everything seemed well, but in case anything is wrong, please leave a comment)