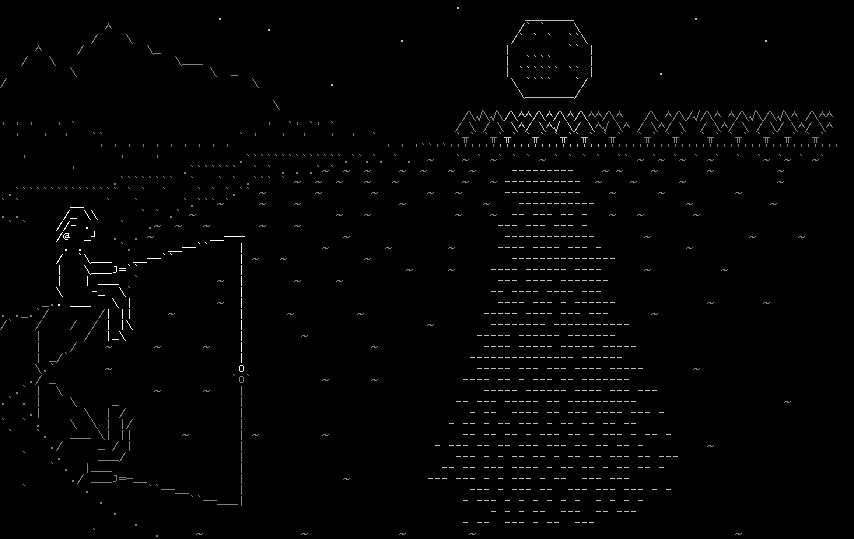 Hello, I represent a small studio which is called Engine Games and which doesn’t really exist. I live in quite a large city, but – I don’t know why – there are 12 furious street dogs running around outdoors. It’s great that you can develop games without leaving your home.

Nobody told me that it is already 2017, and that’s why the game I’m working on is a text-only quest with good old ASCII art. The game is called “Plaisir: the Deceased Great-grandfather and the Talkative Cat” and it looks like this: 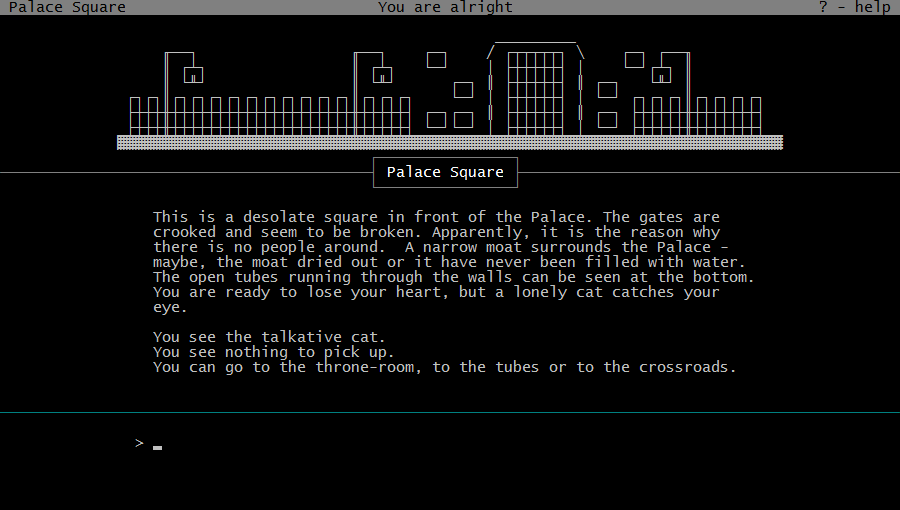 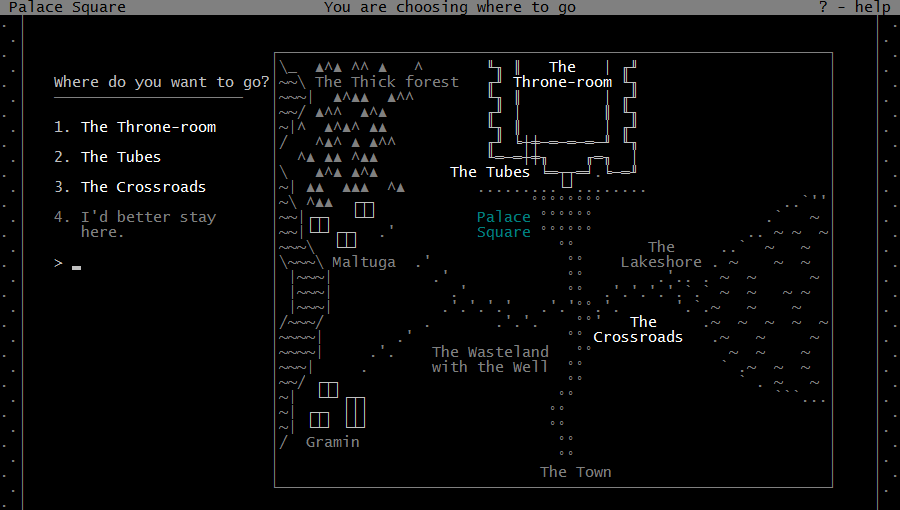 Lots of interactive fictions are based on the concept that a player reads the text and from time to time chooses one of two or three suggested variants. Such games could be successfully turned into printed books – and sometimes it really happens.

But I do things differently. A player has a defined set of commands. He decides for himself where to go, what to do and who to talk to. It also makes the game more similar to point&click games. 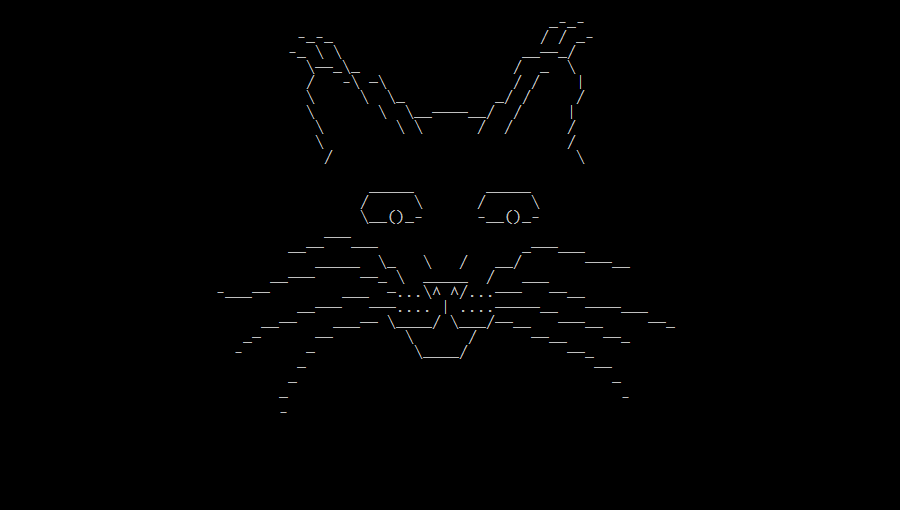 The specific features of the game allow me to reduce lots of different work: there is no place for 3D-models, bump mapping and etc. As a result, I spend all my time mainly on two points:

1. The text. A good text is not a simple matter. You should think about every single word and find a suitable place for it.

2. The analysis of every possible situation. This game tries to respond to any action of the player in its own and unique way. There are no such clichés as “You cannot do this”. Any action is special and all possible variants are taken into account – and even such variants that can cross the minds of only the most eccentric people.

And what’s about you? Do you like interactive fictions?

Guys, if you find Plaisir interesting, please support us on Greenlight. Every vote is important for us. Please, help this text adventure to begin! 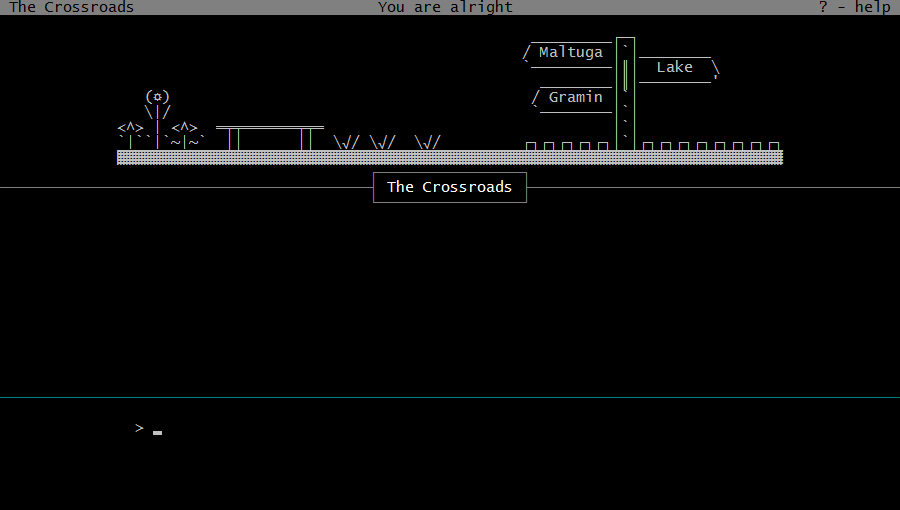 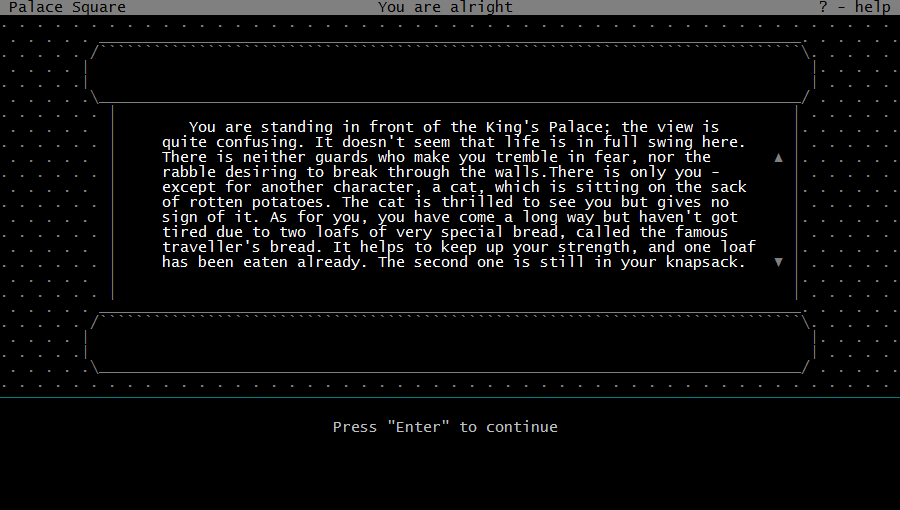 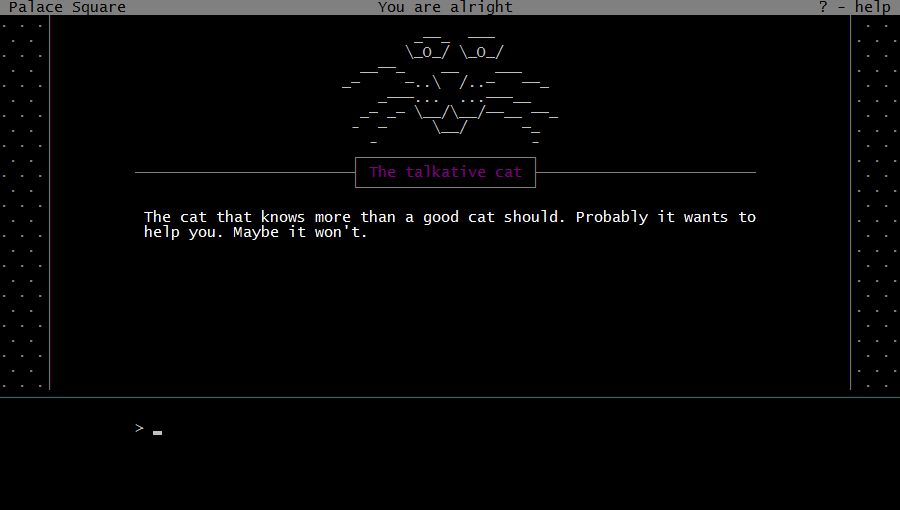