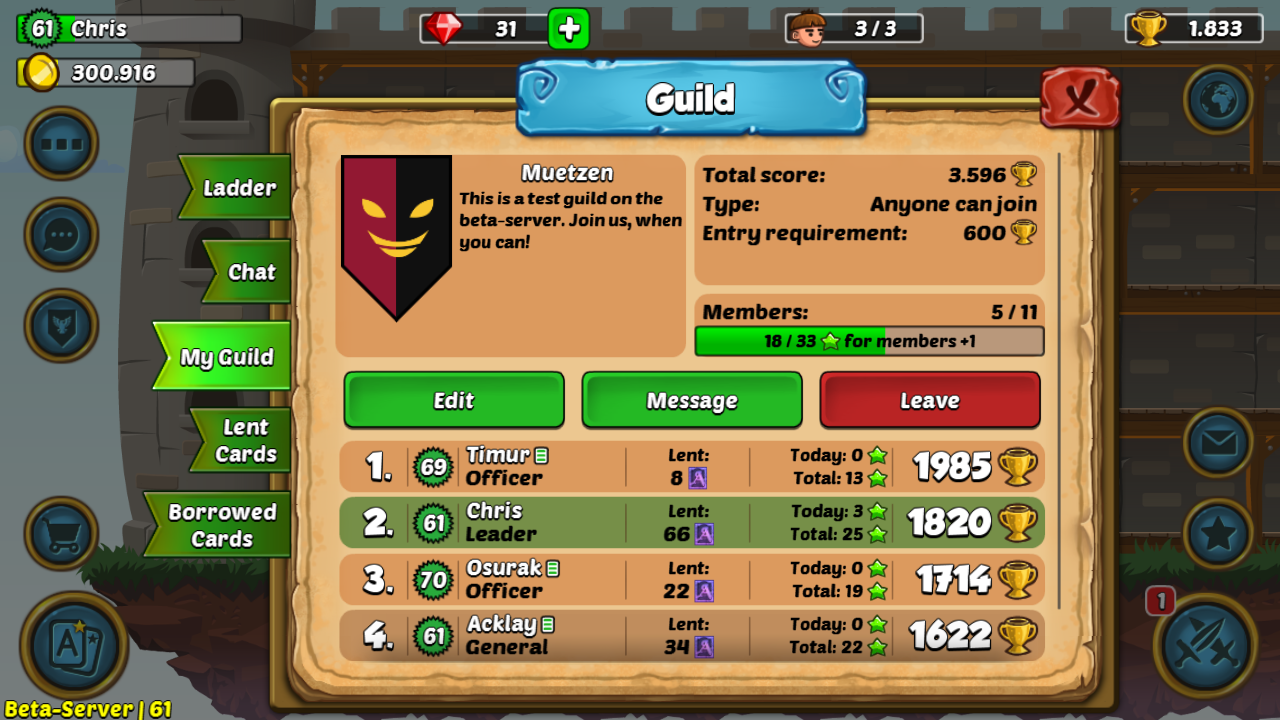 NEW: Borrow Cards From Other Players 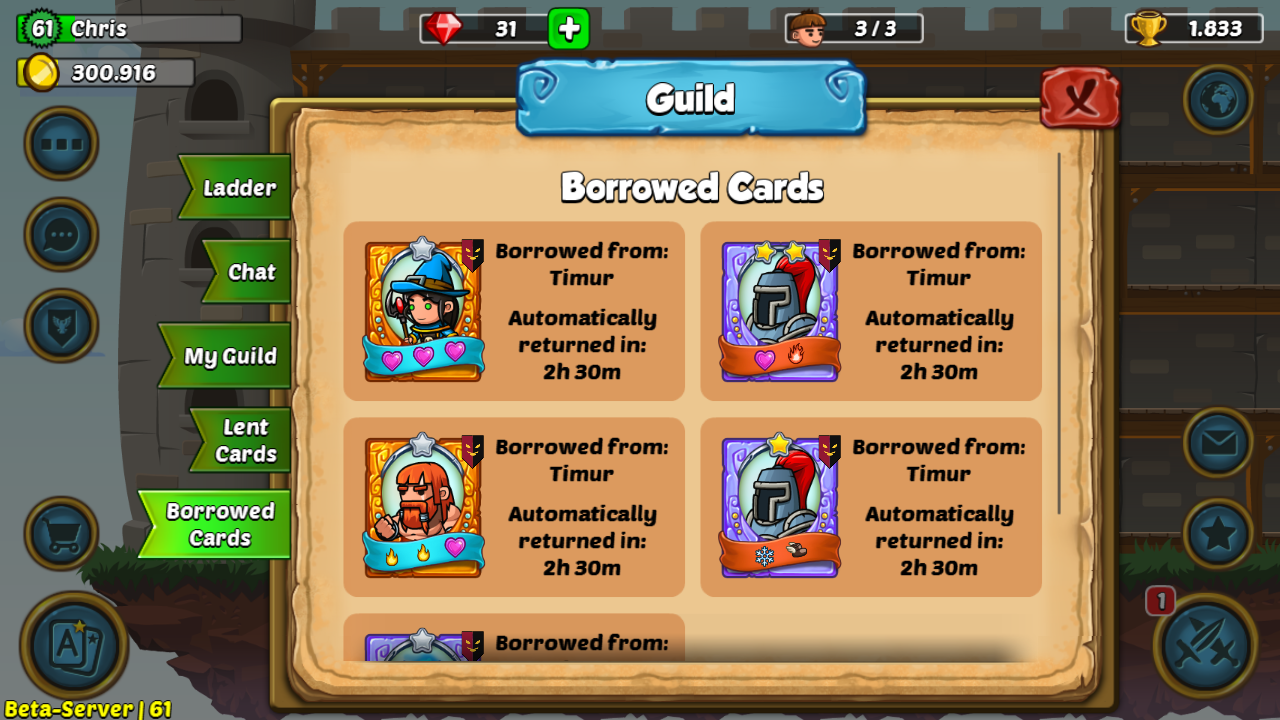 Being in an active guild has the great advantage that you can borrow up to 4 cards from other guild members. To do this you need to build a guild library first.

Every borrowed card can be used once during an attack. After it has been used or at the latest after 3 hours, it is returned automatically to its owner. Borrowed cards are highlighted with the badge of your guild in the upper right corner. 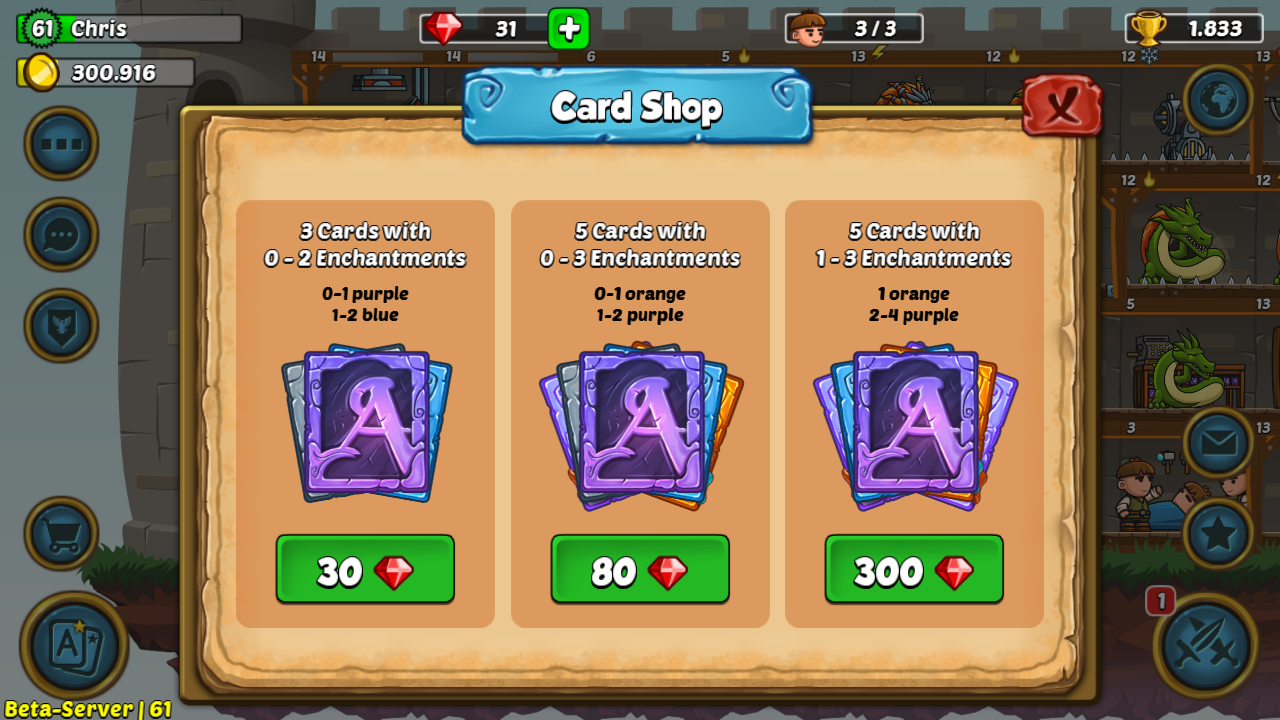 Instead of being able to buy only one card pack, you can choose between 3 card packs to buy now. 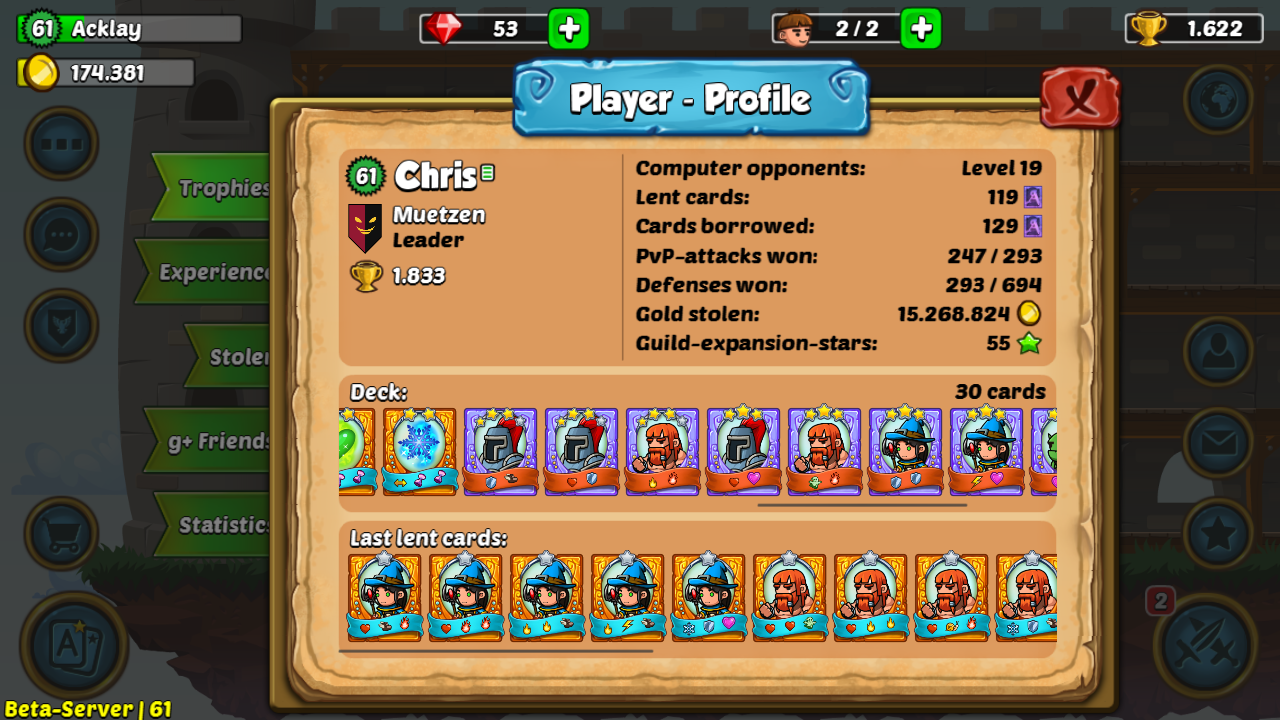 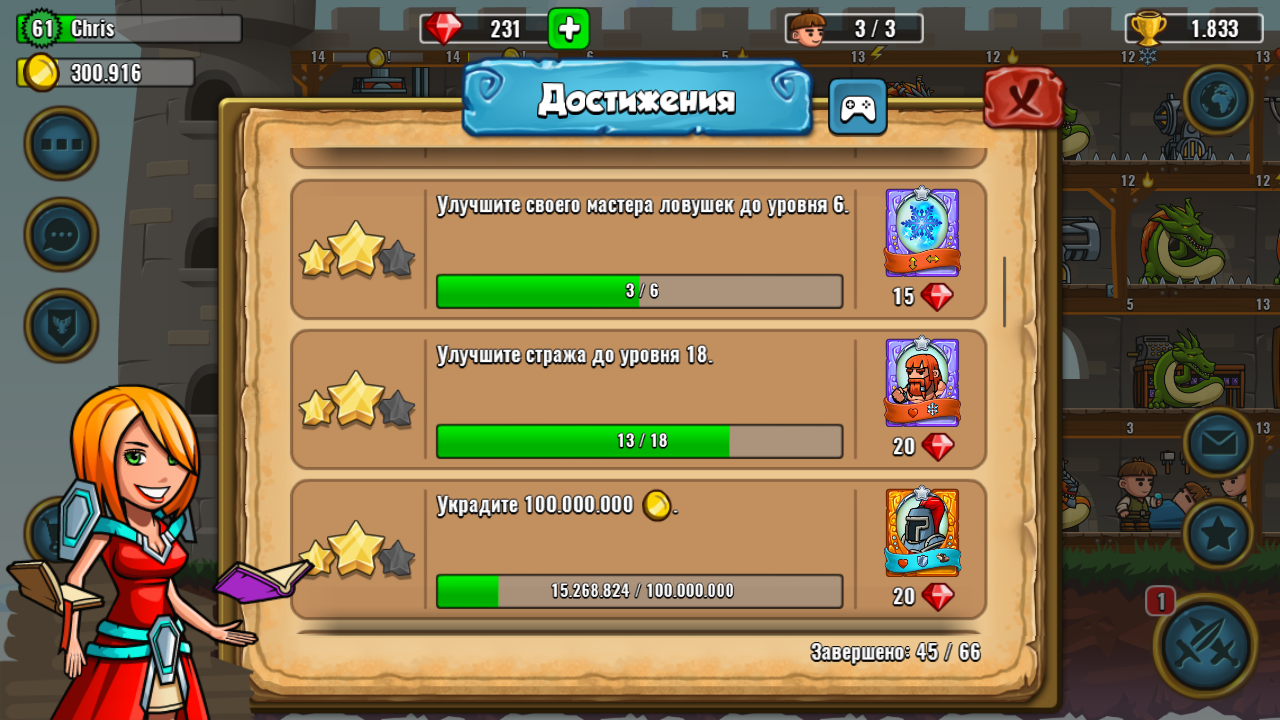 Besides English, Spanish, German and French, the game is also available in Russian now.

Players receive less or more gold for attacks based on the level of their castle heart and their targets castle heart. The reasons for this rule are:

The percentages have been adjusted a bit, because they were too extreme in some cases.

How do you like the new features and changes? Feedback is always appreciated!

Download the new Arcanox version for FREE on Google Play!