While those backer rewards keep trickling in for equipment and accessories (everything from sandals inspired by the Aloha spirit to a Davy Crockett style flask for when you're struggling in the wilds), we've got a whole slew of goodies for you from across the game design spectrum.

While those backer rewards keep trickling in for equipment and accessories (everything from sandals inspired by the Aloha spirit to a Davy Crockett style flask for when you're struggling in the wilds), we've got a whole slew of goodies for you from across the game design spectrum.

Our Steam page has launched! The message boards here will serve as our main community hub, so we hope to see ya there!

(Be sure to add it to your wishlist to get all the juicy updates.) 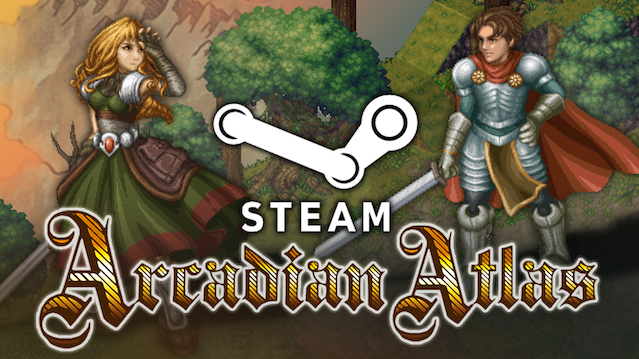 Music, art, battle system and world map sneak peaks all below, so dig in!

The Queen Will See You Now

You didn't think you'd gain notoriety across Arcadia without running into Queen Venezia, did you? The woman Wulff has sworn to protect, Desmond has knelt to serve, and Lucretia has vowed to destroy. 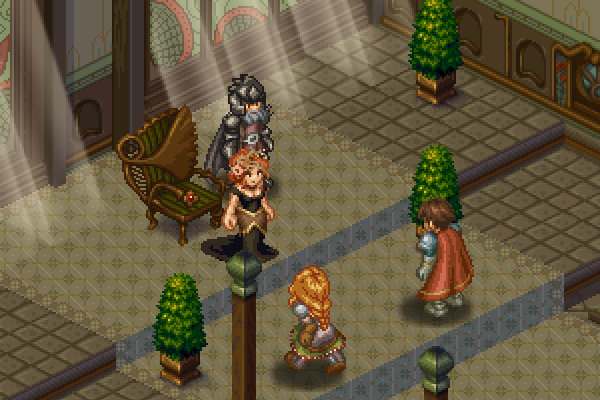 An Audience with the Queen

Becca's been hard at work on both her sprite and portrait, with Art Nouveau touches in her dress, hair, all the way to the very castle she claims as her own. 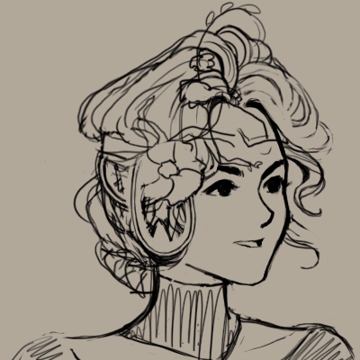 But the king still lives, and Lucretia still wants the crown promised her by birth. Venezia's comfortable life is in danger. How far will she go to protect it?

Since we last checked in, we've been re-vamping the World Map, adding locations, pathing and a whole slew of things to get Vashti from place to place. Here's just a preview of a few locations:

And while Moritz is working up some music be-fitting our new map-in-progress, we've got some previews of the work he's been up to next!

Music to Our Ears

We've been sending along videos and scenes for our German musical savant to work his magic on. In the spirit of sharing, we've got a few samples from songs he's working up, along with a special video he made to show the process of matching sound effects to a scene.

And to keep spoilers to a minimum, I've gone through and edited the footage to black out the more spoiler-y bits (which happens to be A LOT in the latter half of the video :D) #SorryNotSorry 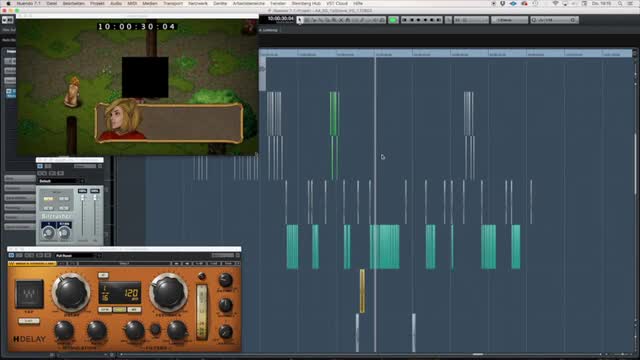 And a few battle track ideas he's got brewing in that big brain of his:

With the design philosophy of the 4 Core Classes in-place, we've been chipping away at the skills and have a few to show off this time around:

Why bother with a shield? Because that hunking piece of metal or wood is amazing at deflecting in-coming attacks. So why not help out your buddies on the battlefield with it? Shield wall drastically increases the evasion of all allies surrounding you until your next turn.

You ever just want to throw a bottle of burning doom on someone? Well now you can, and special modification skills can even turn Acid Flask into a corrosive acid to eat away enemy armor or a potent brew to poison foes!

Thanks for tuning in for the hodgepodge of things we've got going. And Look forward to more of a lot of things as we're working on multiple Arcadian Atlas areas at the same time now with many of the systems built and rolling!

Things are never dull around here, so until next time - keep adventuring!

Oh, and Fennic's been shuffling the cards. That can't be good...