We unveil a new top-secret, Never-before-seen weapon of the first World War!

Happy April First everyone! We have some great news, ever
since this photo surfaced, we have immediately started development on it. 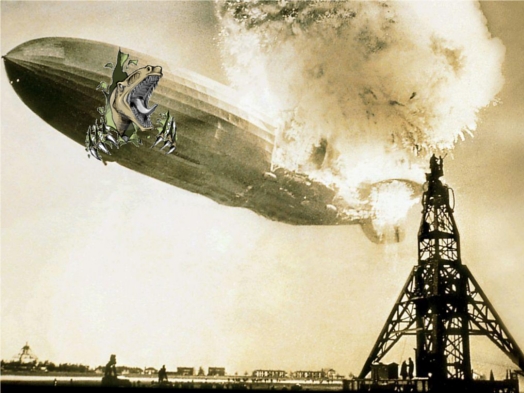 The Anti-Air Raptor has been revealed to
have been used by the British RAF, to counter German Zeppelin threats against London. Development is 50% done, and you can expect it to be in our
first release!

It's also important to note that the German airforces trialled a large godzilla lizard from April 1917 to January 1918 to counter French and British tanks and low-flying aircraft. Needless to say the 'Riesenflugzeug zerstören Eidechse' was a highly effective weapon. I believe it would balance out the raptor wonderfully.