After the release of the demo, we want to spend some time and talk about its controls scheme.

We recently released a demo of Protoform. According to some feedbacks from players, we know some of them feel uncomfortable about the control scheme, especially when using Keyboard and Mouse. They wonder why they need to hold the left mouse button to stay in stealth.

So far, players have learned some conventional control schemes, like maintain crouched down by holding Ctrl key(Counter Strike), or press C(Call of duty) key to switch between standing and crouching. As developers, we do want players to play our game in the way they are used to. But after discussion and testing, we think it doesn’t suit our game.

The objective we have for this game’s control scheme is that we want players to control as comfortably as possible, while they’re having the gaming experience we anticipated at the same time. Everywhere is dangerous in the world of Protoform, so the girl needs to crouch down and walk in almost all cases. We want players to feel the tension, even to be exhausted. If we made it switchable, players would feel no difference after switching in terms of controls, comparing to the secure state. Therefore, they wouldn’t feel the tension. 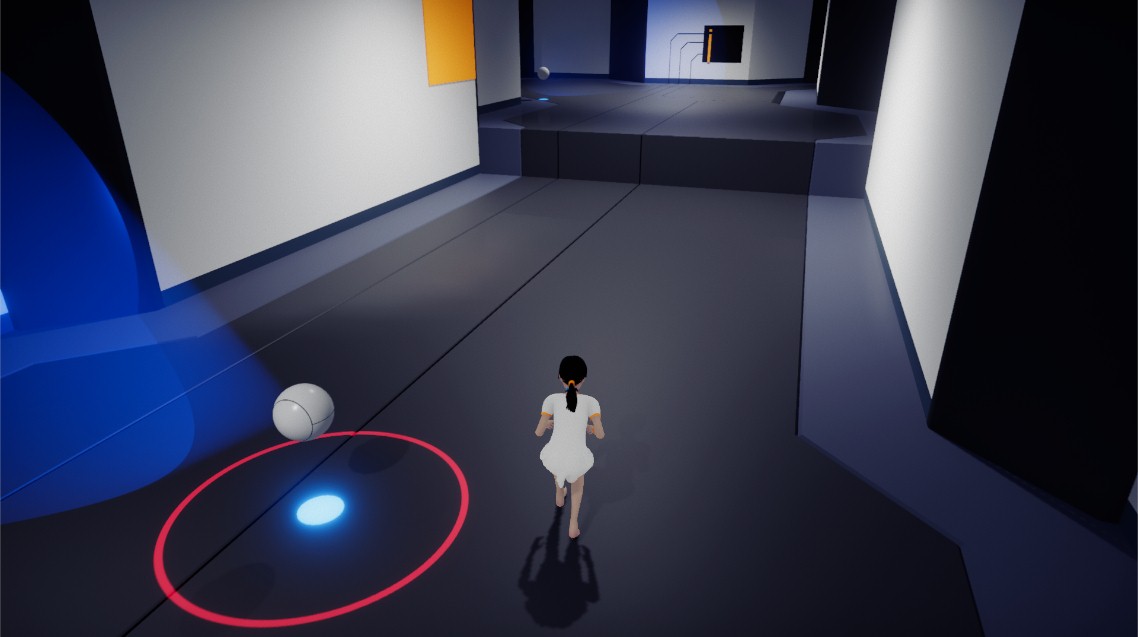 In Shadow of the Colossus, when the boy climb up onto the colossus, players need to hold the key to stay on the colossus by grabbing its fur. It’s exhausting, but a necessary part of the gaming experience. 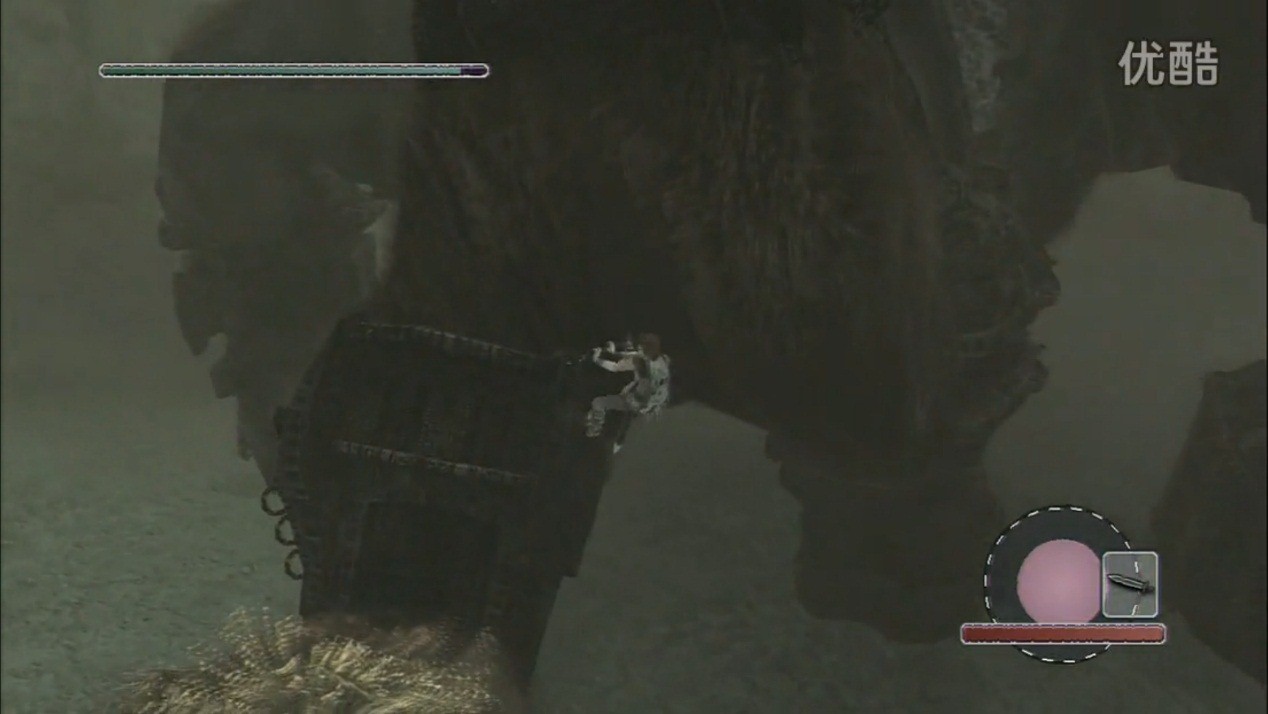 Shadow of the Colossus

Besides, during the internal test, we discovered player usually forgot whether they were standing or crouching before they climbed up or down. Sometime they didn’t even remember how many times they switched. And it all cause mistakes. So after all, we decided to go for the control scheme that stay crouched down by holding certain keys.

BTW, this control scheme is very friendly when playing with controllers. Players can just hold L2/LT to crouch, and gently pushing the left stick to walk quietly.

Why not hold Ctrl or other keys to stay crouched down?

It’s uncomfortable. As I mentioned before, crouching down and walking is very normal in the game. While players are controlling the girl with their left index, middle, and ring fingers, only the left thumb and little fingers are available to hold the key to crouch down. The thumb can only hold the Space key conveniently, and it is already for jumping. The little finger is not flexible in the first place, it usually get uncomfortable. This kind of control scheme is often used by FPS games, players don’t need to crouch down and walk in a long period of time. In FPS games, shooting is the most common thing that happens, so it’s reasonable that developers make it the left mouse button. After thoroughly consideration, we bound the ‘Crouching down’ to the left mouse button, to make it comfortable for players.

In Protoform, to climb up to a platform with a cube in hands, the girl needs to:

In early versions, players needed to execute each step above manually. We also needed to judge whether players wanted to place the cube on the platform or just on the ground. After analyzing, we assumed that players want to bring the cube and climb up at the same time, because there is no level designed for the players to climb up and leave the cube behind. We modified the overly complicated control design. Now players can just press Space key, and the girl will automatically put the cube on the platform, climb up, and pick up the cube.

Climbing up with a cube

In Protoform, ‘move + jump’ means climbing up, just like they do in a lot of other games. But originally, we designed separate keys for climbing up and climbing down, in order to differentiate climbing down, jump off, and step down. Later we realized that players chose to climb down to prevent noise, and they usually crouch down and walk beforehand. So we changed the design, the girl will automatically climb down when she is crouching and moving towards the edge of the platform. It’s one less key required, and the same thing we did with ‘Climbing up’.

Climbing down in stealth

In the original design, we designed two ways to move without making noise, which were slowly walking when standing up and crouching down. As we observed later, players might mistakenly switch to ‘Standing up’ when they actually needed to crouch down in danger. Players wish for a key that is guaranteed to make you safe by only pressing once in emergency, instead of considering which key to press. Thus we took off the option of ‘Standing up’.

There are some other similar changes. For example, once players create a cube, the next thing they want to do is picking it up. In demo, players need to press ‘E’ twice. We are planning to simplify it, players only need to press once and the cube will automatically be picked up.

Making choices according to game type

Originally, fast running was naturally on the list of the girl’s list of motions. In fact, it was in the game. But there are a lot of puzzles which have a high requirement for time management, therefore players always imagine that they would pass the level if they could ‘Run faster’. Although that was theoretically impossible, players would stay trying. We eliminated ‘Fast running’ cause we didn’t want players to focus on their controls.

She will put her hand against a wall when she is crouched down and walking along it. In a lot of review videos made by players, we see many of them marked it positive. We think this sort of details will make Protoform perfect. 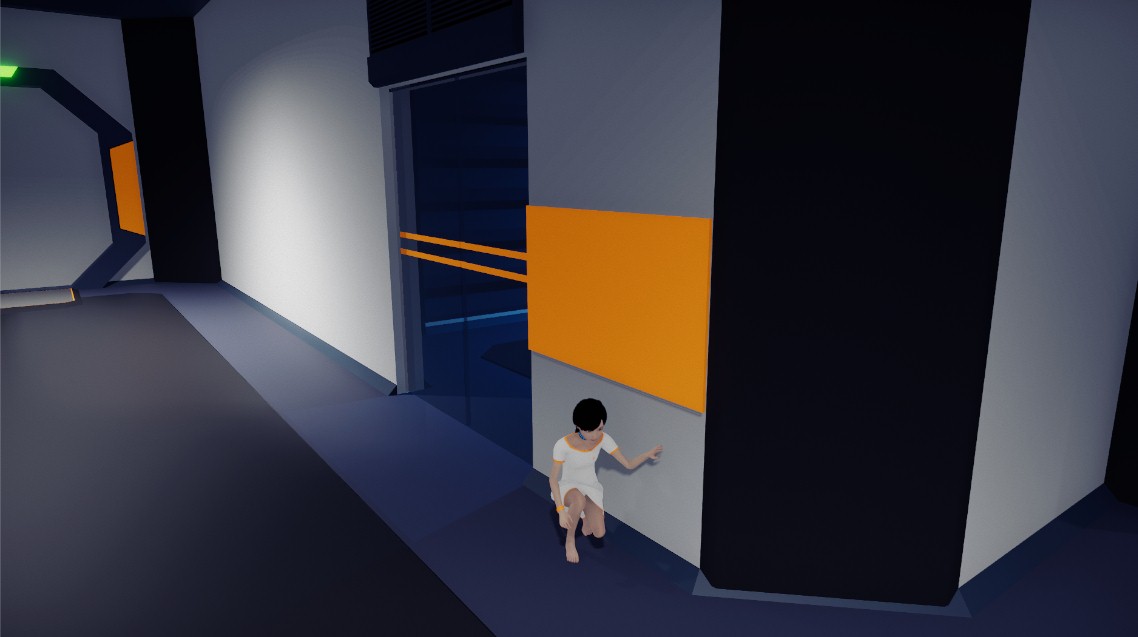 Hand against a wall

But it brings some bugs like this as well. 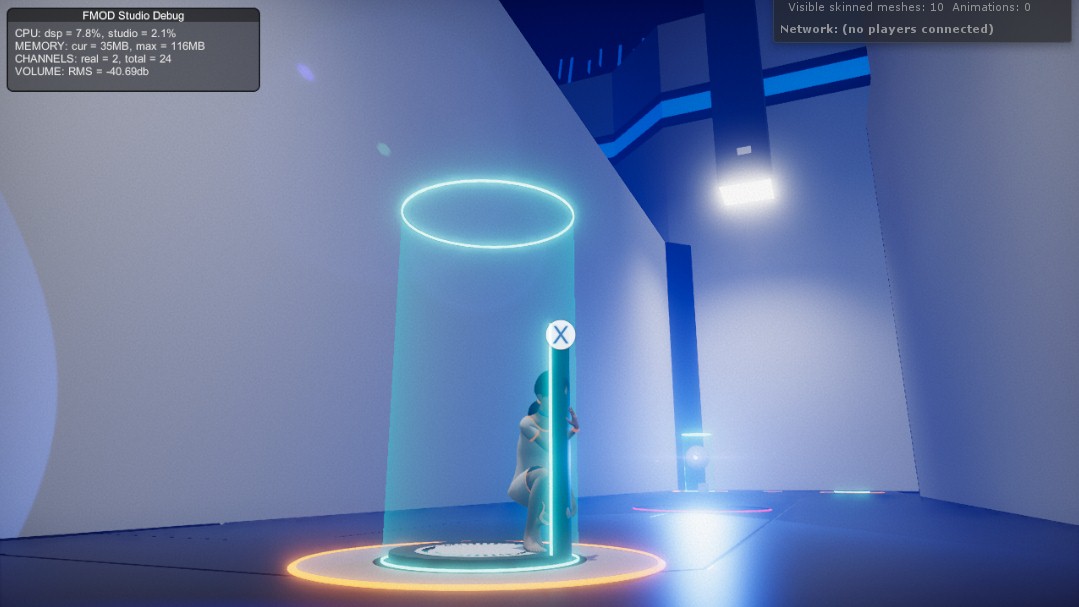 If you haven’t try the demo yet, please try it and give us feedback.