The DEMO for Apocalypse Scavenger has just been released (details below) and also some announcements to make about the next update! (V1.1)

Hello guys and gals! (even though i said that the "News" would be bi-weekly)
it was a miracle that i managed to finish up V1.1 and also release the DEMO this week! even though i was swamped with School assignments! (I blame the new curriculum) but enough with that! 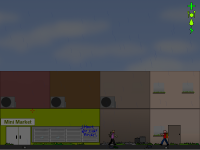 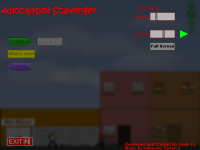 Remember when i said there will be; More 'decorative' entities, a Change in how pills work, and New consumable and junk items? (more on that in the #1 of the news)
Well, i made it with all of the promised features and also MORE! yes! MORE! :D
(follow me on twitter @Kevinfu510 to be notified of what i will do in the future, and also the game's Facebook page here : Facebook.com)

V1.1 will be released in a few days or so.. (i still need some confirmation from the Desura Staff)
BUT the DEMO of Apocalypse Scavenger can be Downloaded and played Today! :D 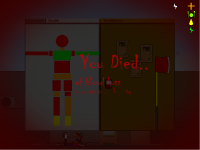 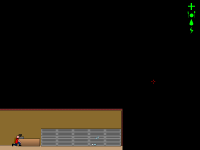 About the DEMO :
the differences between the DEMO and the full version of V1.0/V1.0A of Apocalypse Scavenger is that you can't save your progress and there won't be any Encounters!

Plans for the Future :
-When the game hits a milestone i will release a Linux and Mac version of the game!
(Slow upload speeds make it a pain to upload these versions) Support the game by buying it! and you'll gain the ability to add something into the game!
(more details on that in the future) Thanks for reading! see you (hopefully) next week!