Apex Studios returns from the depths to bring you another update to quench your thirst for Halo-y goodness. Two new ships and two new tracks await you inside...

/start file/
Oh it has been quite a while now hasn't it, but nevermind, we're here now, don't worry.

Bring out the big guns

Continuing our resources trade with Halo: Sins of the Prophets (https://www.moddb.com/mods/halo-sins-of-the-prophets) we have finally implemented a ship some of you have been asking for for some time, the UNSC Phoenix Refit. 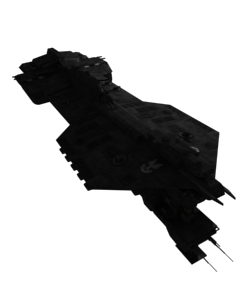 The Phoenix Refit is one of the largest ships in the UNSC fleet, at 2,500 metres it is almost a full kilometre longer than the Covenant CCS-Class Battlecruiser. At first glance this ship may seem on the same level as the Marathon Cruiser, but appearances can be deceiving, the Phoenix may match the Marathon's arsenal but these ships have a long history, and as a result of their age their hulls are significantly weaker.

Some eye candy for you: 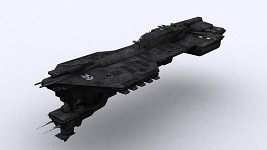 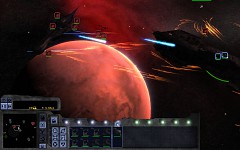 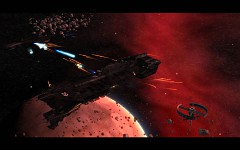 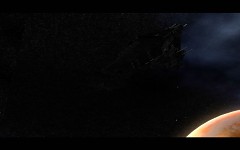 Not only have we got our beautiful new Phoenix Refit we also have a shiny new ship for the Covenant, also from H:SotP I give you the Covenant Carrier... 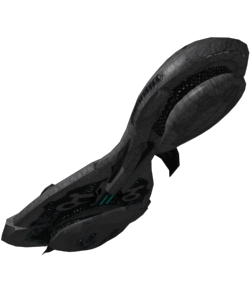 The Covenant Carrier is a variation on the Reverance cruiser, it's arsenal may not be as extreme as the rest of the Covenant fleet, but what it lacks in firepower it makes up for with the sheer amount of fighters/bombers that it can deploy. 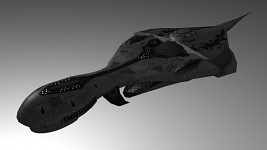 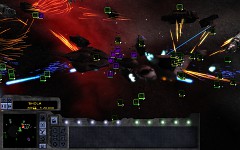 So it's goodnight from me

But certainly not goodnight from him, Gaius is up next, he's got some nice new things for you to enjoy, see you next time.
/end file/

/start file/
Hello all and welcome to our update. It's been a while and I am happy I am part of this new update too!

I'd like to announce that I will be writing some website-exclusive specials. With the blogs up and running (my thanks to Anh), I hope to post the first special soon. So keep an eye on Halocaw.net

And last but not least, some new tracks for the Halo:Covenant at War soundtrack, Despair and Fleet Engaged:

/start file/
Back again, another one goes.

Take a look at the most recent changes I took at the website: Halocaw.net
Roughly 100% of the known buggers have been squashed (you had a pure white blog and some more glitches ^^), and some parts like the new admin panel (really awesome now :D) and the awful blog being revamped. Last time presenting you a new website I forgot to mention that you can comment on the weekly updates and the uninteresting blog, telling us what you guys are thinking of it and what like. Feedback is our fuel, you know, pushing us forward into the right direction.
Additionally, the user system has been integrated a little bit more, you won't have to type your name so often anymore, just log in and there you go. Ok, the only place where I can remember such a change is the chat, but well, you don't want your name to be taken by someone else, am I right, soldier?

I have to admit that the blog was never interesting, but now, with one special member being more active, and the motivation of the others, we're planning to make it interesting again. Throwing my old awful posts away, we're making place for several rows of website-exclusive specials. You'll be able to find out soon enough what they're about.

I forgot to skin and rig Gaius' props again! I'll be damned! Shame and ash over my body...
Looks like I have a new task to do ^_^.

See ya next time!
/end file/

Woot an update lol I wont ask where you all have been. Yay the Phoenix-Class Colony Ships. And good work on the music as well.

I like it, but I gotta say the colony ship refit reminds me alot of the kushan frigate from homeworld. Bravo however

Great job on the Colony ship