Here comes another video, this time with Apache AH-64 helicopter or two in it.We went to add a helicopter after the support for them has been recently added to JSBSim library. There still seem to be some bugs and our parameters for the model aren't entirely right either, so the behavior might not be absolutely correct.

Still, flying the helicopter is a great fun. I wasn't able to fly helicopter in a simulator before, probably just because I never tried hard enough. But flying it here - over the forests and through the canyons and close to the rocky walls - that gives it a completely different feeling and experience, so even the types of me can get easily lost in time while wandering over the unknown lands here.

In case you are wondering, the camera comes out from the Hydra rocket launcher at the beginning of the video, made possible thanks to the use of logarithmic depth buffer.

In order to make this video we added support for "translucent" shadows so that the shadows from rotor blades look more natural, the hard shadows were quite disturbing.

Since the last blog update a number of things has been worked on - an updated atmospheric rendering code resulting in nicer and faster atmosphere rendering, while being also more consistent in various settings. There should be a separate and more technically oriented post about that for people who are fighting with atmospheric scattering which is quite hard to get right. And of course I need to write something about it so I can find how it works later when it drops off of my brain completely again.

As a part of the atmospheric code also the ambient light has been tweaked so the shaded and shadowed terrain is now looking better; this shows best on the features of rocks - previously it didn't have the right amount of contrast and looked quite bland.

Another batch of work done concentrated on GPU memory consumption optimizations; large terrains are quite demanding in this regard so an effective management of it is essential. We managed to save bits of memory here and there by employing various hacks and different formats, which totaled to hundreds of megabytes in the end. But while someone had to effort and tweak the system to save the megabytes, someone else just had to delete that dummy 80MB buffer that was sitting there :-)

Lastly, here are some screenshots with the helicopters: 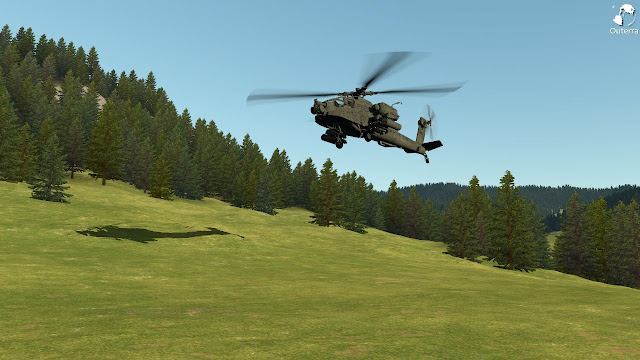 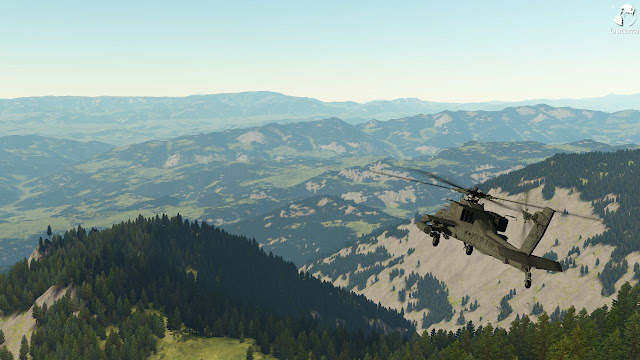 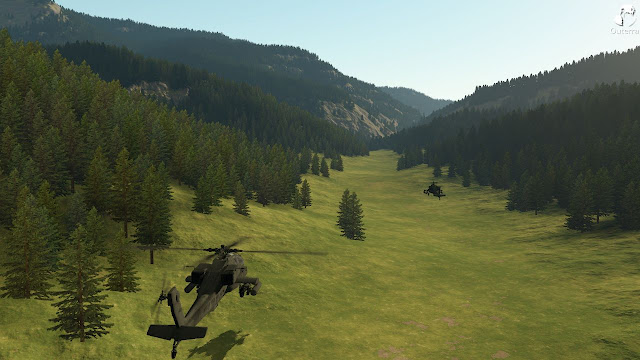 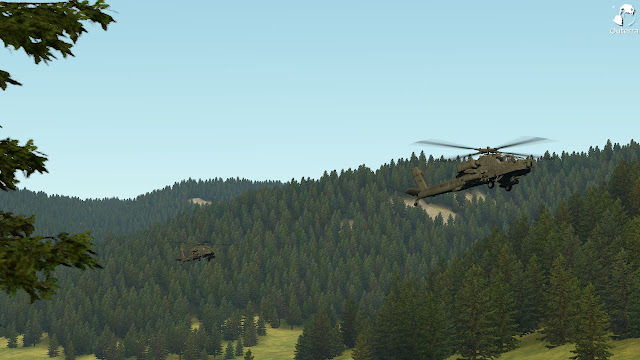 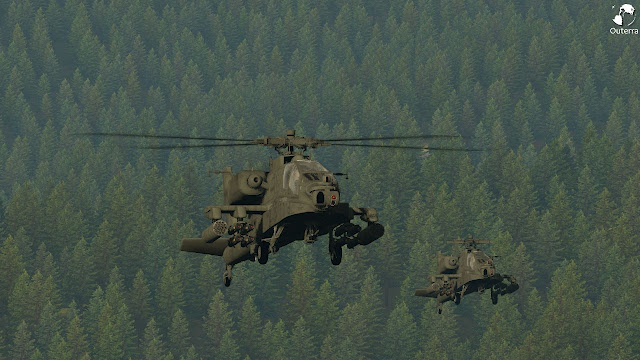 I smell a massive dogfight coming on.

WOW! The technology you've got there is INSANE! As a matter of fact, I'd say that this is what Crysis 2 is going to look like - photorealistic to a hitherto-unknown degree. Given the photorealistic level of shaders and polygons, I'd really like to know what version of DirectX (or OpenGL) the Outerra Engine is using. (I'm betting it's either DX11 or DX9 with over-the-top custom shaders)

whats openGl and what are shaders?

Crysis 2 is a down grade for Crysis 1 you know. And no it will not come close to photo realistic. It'll be high poly graphics with high res textures. But not photo-real yet.

This is all so awesome, I'll be waiting for your next news post!

Love the graphics! Seriously, that terrain is killer, best I've ever seen.

why does the chopper not tilt forward when going straight? other then that nice work

I've seen apache's flying down the river right next to where I work, and they stay pretty level for most of the flights. If I recall correctly, there are flaps or conduits that direct the air flow, can be manipulated from the cockpit, and make horizontal forward movement possible.

textures needs some specular maps and the ambient needs some lightning effects like HDR and motion blur.
then it will be perfect!

Starting to remind me of the old Op flashpoint game which is a good thing. Looks nice.

This is insane! When he flew past the dude filming on the ground, it looked so real, and awesome!

This engine is insane, really photorealistic renders, even better that crysis and dunia engine, they are just overhyped, this engine is going to be awsome once finished

will you be able to change views?
eg. the battlefield heli's

the games that will be made for this are going to be AWESOME, how many simultaneous players are you planning for this to support?

It's mostly a graphical engine, networking is separate at the moment so the answer depends on what will be used there.

However, I hope this engine will be easy enough to use...

Just wish I had a team to make a game on that engine, its wonderful.