A glimpse into one day-to-day discussion: how we decided to include a simple and meager tree into the game.

This is just an example of how were our discussions during the first two months of development (it's much better now..). It show's just how easy it is to lose aim and perspective, and turn a simple discussion into a digression about all sorts of unrelated topics. This is an example of basically how not to carry a discussion, and how not to be effective in decision meetings.

We hope to have many posts like these during the next months, with hopefully better outcomes...

We began with this: 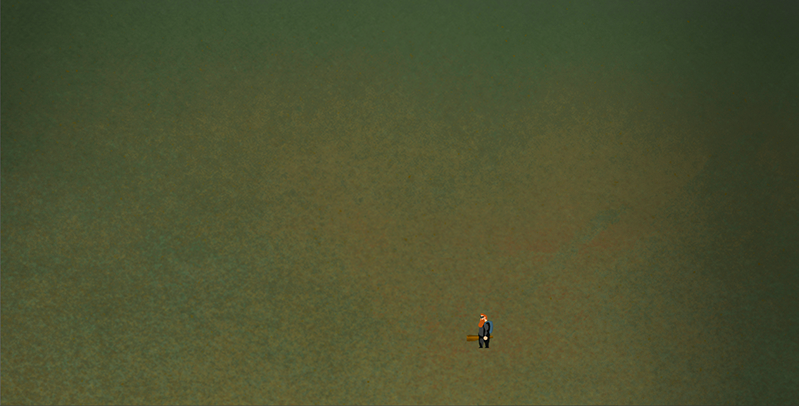 "Well, OK. We have an environment. And we can move in it. The first thing that we should do is, I believe, put some trees in it."

"Hmmm. Ok. I'll give you some trees. Some awesome, generic, beautiful trees. I like it. I'm thinkin' of something big like a sequoia. Big. Epic trees."

"No, no. That will bring problems with the rendering engine. Make them small."

"There are big Bonsai trees, but no. That's not what I mean. I mean normal height. I don't know. 5 meters high."

"Don't forget to make them not slanted..."

"What? They can't be slanted?"

"They can't be slanted."

"What kind of realistic tree is not at least slightly slanted?"

"Oh, so you were planning on being realistic with the trees?"

"What? You were thinkin' of not having realistic trees?"

"Wait a minute. What do you mean by making them realistic?"

"Well, that there's a certain organic quality. Not hiperrealistic, but not cartoonish. Tame colors, textured, without black borders, soft lighting."

"You're thinking about light?"

"Well maybe at the beginning. But, as with everything, you get better with practice..."

"No, I mean in the game. What light? We haven't decided anything about lighting."

"Man, there has to be light and shade. How do you give volume to a shape without light?"

"Yeah, but the main character, for example: he's animated in Flash: 2D and vectors. Lighting has to be made. Manually..."

"Well. We do it manually. Are we men or are we not? Are we not brave?"

"It's not about bravery. It's about the limits of what we can do. Time (which equals money my friend) is not infinite."

"So... What? Our characters won't have any light on them?"

"Well, fortunately, perspective allows us to do just that without it being too visible. It will be visible but not enough to, you know, grab fully the attention."

"Me likes the distance in Below."

"Oh, Below looks sooooo good, yeah, but what they're proposing is about darkness and mystery. The world is big, the characters are small, and they want to make you feel small, insignificant. Besides: copying, merely copying that look is a relatively simple thing to do. Shaders here, there and there, and keep the fps at a rational level. No, the question must be, what are we trying to convey? Hyper Light Drifter has lots of action, and a close camera gives limits to that action, it allows the player to focus on that action, and has the benefit of giving some space to the programmers for using resources; even for putting in some eye-candy. I think Nuclear Throne has the same aim."

"Yeah, but those two are action oriented. Sticks & Stones will have action, but exploration and crafting will be more important. We want the player to explore, discover, play again, discover more..."

"To play and re-play must depend on other stuff rather than only just stage. What good is a huge stage if there's nothing interesting happening in it? The playful stuff ends after a couple of hours, what then?" No Man's Sky anyone?"

"No Man's Sky is for me a mathematical curiosity pushed to the extremes. Regardless of if it's a good game or a bad game, we should take notice of the benefits and disadvantages of procedural generation."

"Yeah. If we're planning on generating content procedurally, we should be aware of what that could mean.."

"Exactly: by definition, if you're making something procedurally, you're losing control. The more procedural it is, the less control you have, which translates to the less sure you can be that the game will be entertaining. That's one of those things that you can't rely solely for a game. Which is why we have also crafting. Procedurally generated environments, while giving options to the player of how to interact with that."

"No! What are you insane? Absolutely not. Minecraft is a beast. We couldn't make Minecraft even if we wanted to, specially because someone else already made Minecraft. And that crafting is on a completely different level. And it's huge. Sticks & Stones has exploration and crafting and action and it's own context and it's own characters, but always with lesser size than Minecraft. Dear God, much lesser size. But yeah. Crafting has to be rich and powerful and interesting."

"Interesting. What do you mean by interesting? Free-for-all? Everything mixes with everything? Danger, danger Will Robinson."

"No. Well. I think that we shouldn't. Maybe we should. In any case we will have to make lots of recipes and allow many ingredients, but always being careful of not making the player think that he is free to mix it all. To create expectations and not to follow, in a game, ugh..., for me that's the worst. The worst that a game can do is to cheat on the player. So we have to be careful no to make them fell cheated. At the same time, we don't wan't to restrict the player too much... We want him to craft but not to have the idea that he can craft an F-16, or that he can burn the forest, or that he can use a jetpack..."

"He won't be able to burn the forest? Ohhh, that sounds so interesting! That's the kind of stuff I usually try. If a game gives you a torch in a jungle, you try to burn the jungle. It's like you're asking the developer: 'hey champ, let's see how much you programmed?'... However, if it doesn't work, I don't think it's too bad, you just kind of accept it and move on. You say 'that's one of the rules of the game: you can't burn the forest. OK. Got it.' Maybe that's the Suspension of Belief on display. It's the same way you accept a Gorilla hurling barrels at you. I think that the possibility of burning down the forest is a very interesting one. Destroy the environment, allow the player to sabotage himself. It even introduces a current issue: deforestation, global warming, human self destruction..."

"Easy, easy. We first have to decide if we even want to include fire. What can you do with fire? Can you do harm? Can you burn other characters? Can the characters burn you? I don't think that they should. I think fire is a risk. I think we should have a very long discussion about that."

"Besides. Fire means lighting. A torch has very diverse set of consequences if you use it during the night or during the day. Will Ferguson be lighted by all fires in the scene? Multiple torches?"

"Again with the lighting! OK. Let's forget a second about implementation (which I assure you, in our current situation, it's a really complex issue): what do we get if a character is properly affected by light? What do we lose? Is the game experience that affected? Is it improved or impoverished?"

"I think you win the same as with different trees: you get a more immersive experience."

"But there has to be a reason for trees and tree varieties. If a player can craft an ax, he will want to hit a tree, and he will expect it to react in some way (maybe with some falling leaves) and after a few strikes, he will expect it to fall, and maybe he will expect the wood to be useful in some way. And oak can't have the same uses as pine. And oaks are rarely straight. And are taller than 5 meters. And they might not be as large as a sequoia but they can still be epic."

"Ah, species of trees again. I don't think that matters now. Generic trees. Make some generic trees. Three varieties. 5 meters. Just to fill. So that the stage doesn't feel so empty when we're testing gameplay. The time will come to choose which trees..."

"Got it. I think it's better like that. That way, we don't have to discuss it right now..." 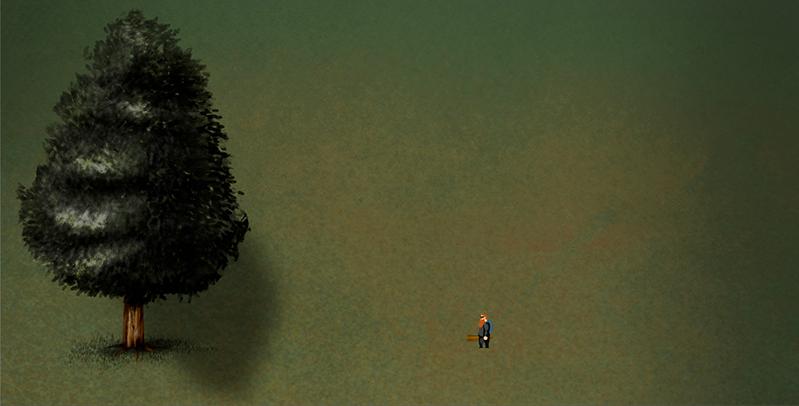