I'm updating the demo with some of the latest improvements, and I'm also working on improving the UI graphics.

Posted by ExtraMedicated on Jan 1st, 2017

Hello again, everyone! As you may know, I recently put Attack of the Giant Mutant Lizard on Steam Greenlight (You should go vote for it, if you haven't yet), and the comments I've gotten were pretty encouraging (There were also a few hilarious negative ones).

One thing that people seem to agree on is that I need better graphics. And I'll admit, the graphics do seem a bit half-assed. So this weekend, I started re-working the UI with new sprites and changed text fonts.

Now it's more like 3/4-assed. That's 50% more assed, folks! There's still a lot of work to to, but I think this looks a lot better than it did with all the default UI elements. 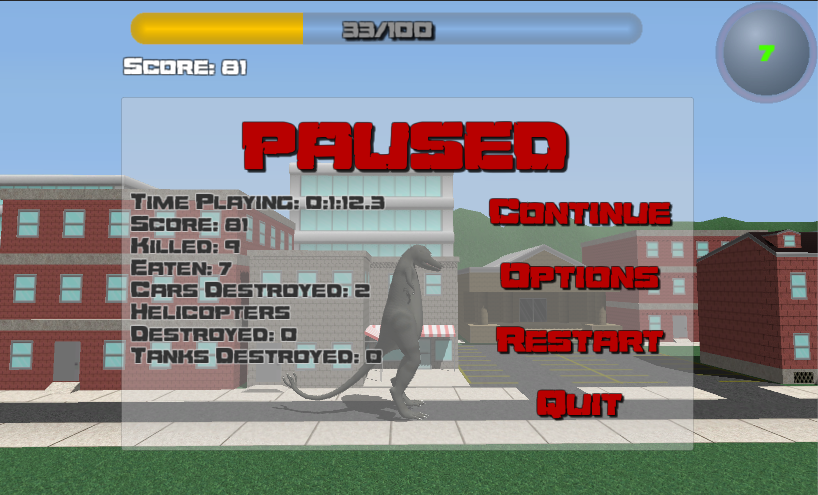 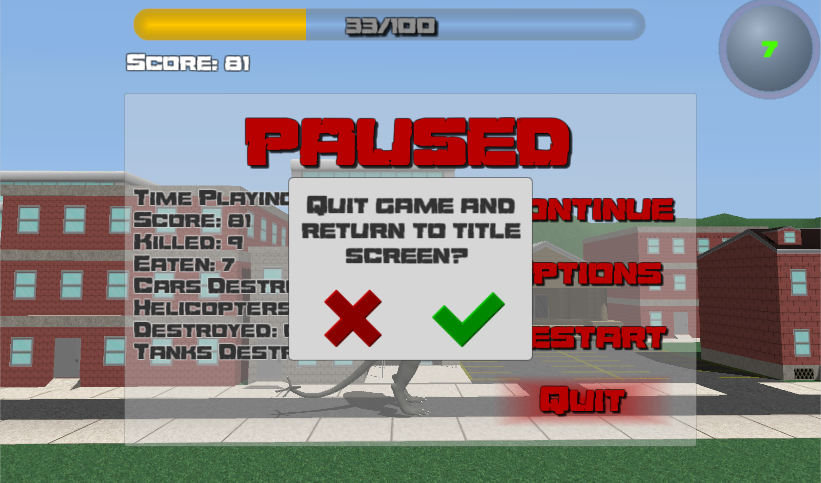 Those aren't the only changes though. In addition to the things I've mentioned in previous articles, I altered the regular vehicles' logic so that they don't roll over when driving around turns, and slightly increased the speed they can drive.

If you're still reading this, congratulations! You win an updated version of the demo, with the most recent fixes and improvements. Pick Your Prize... 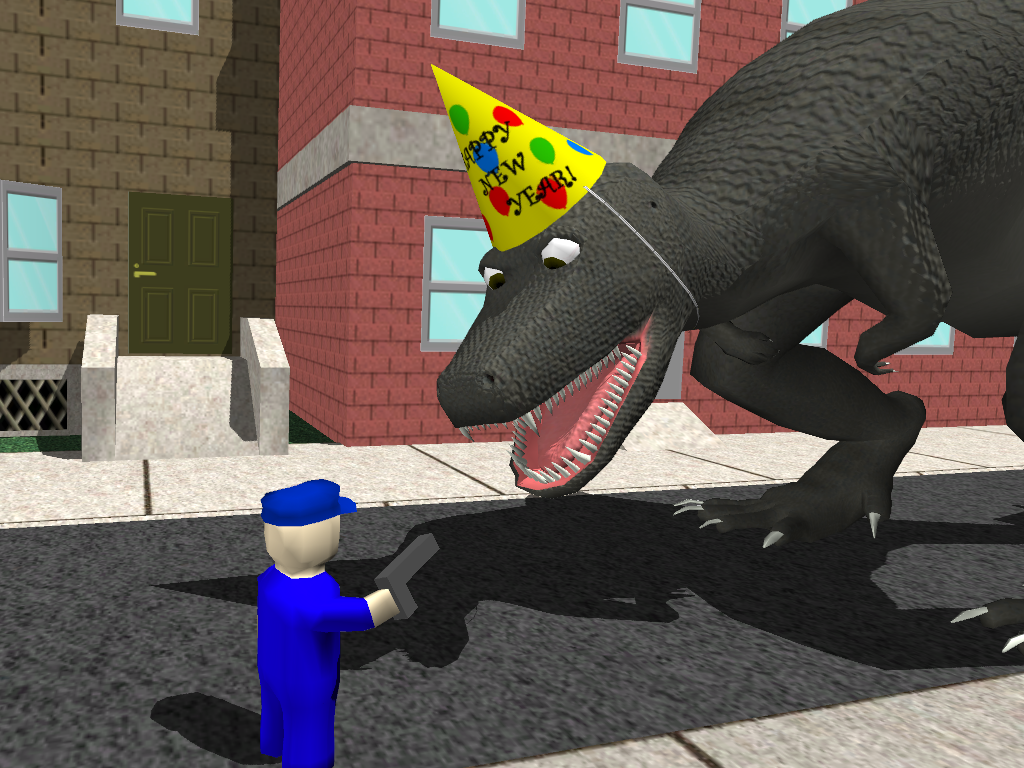