Here's a small update in preparation for a big one!

A big update is coming soon! I have added two new map screenshots of some areas now, just to show what's been new there.
Here are the screenshots below: 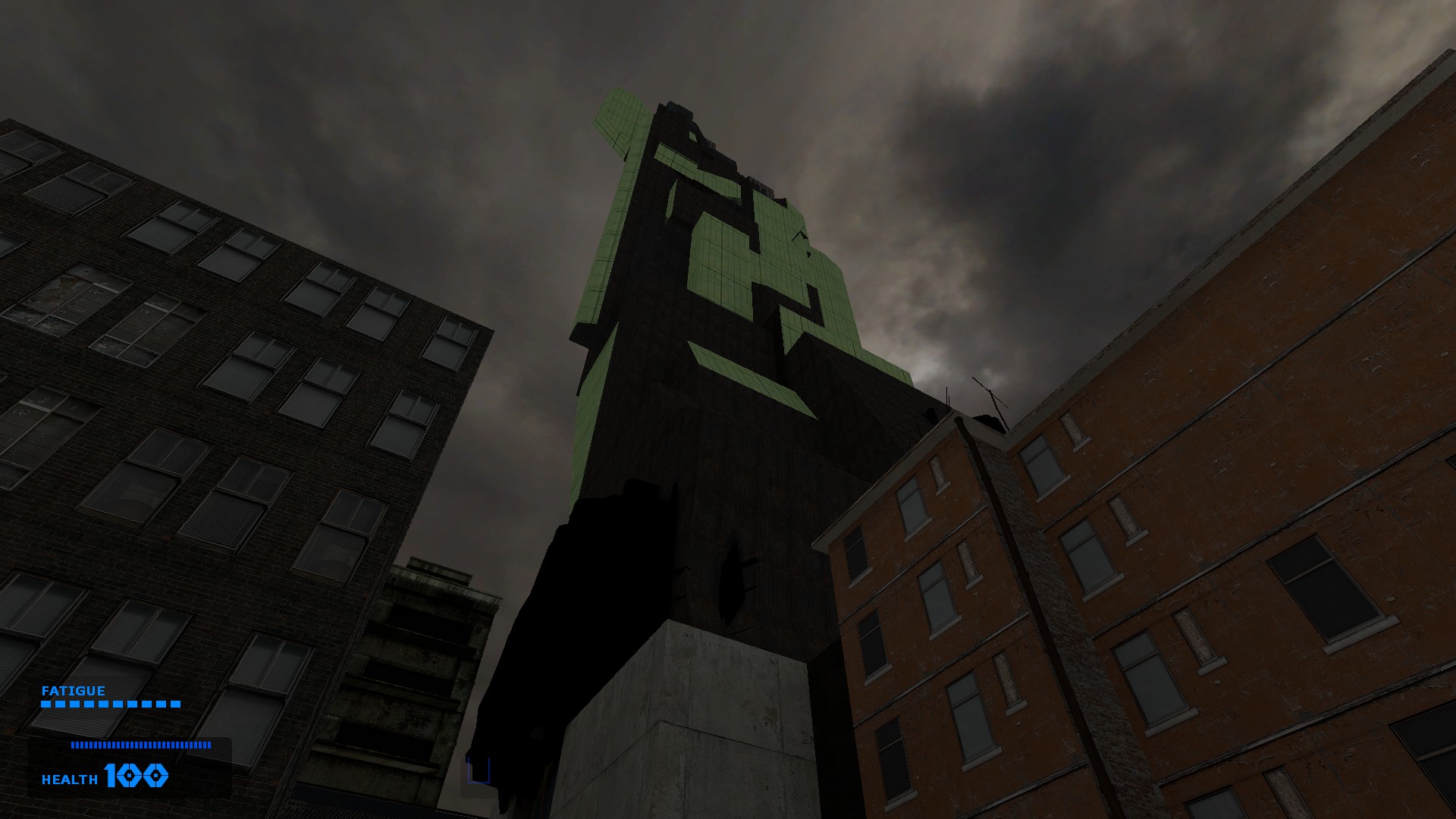 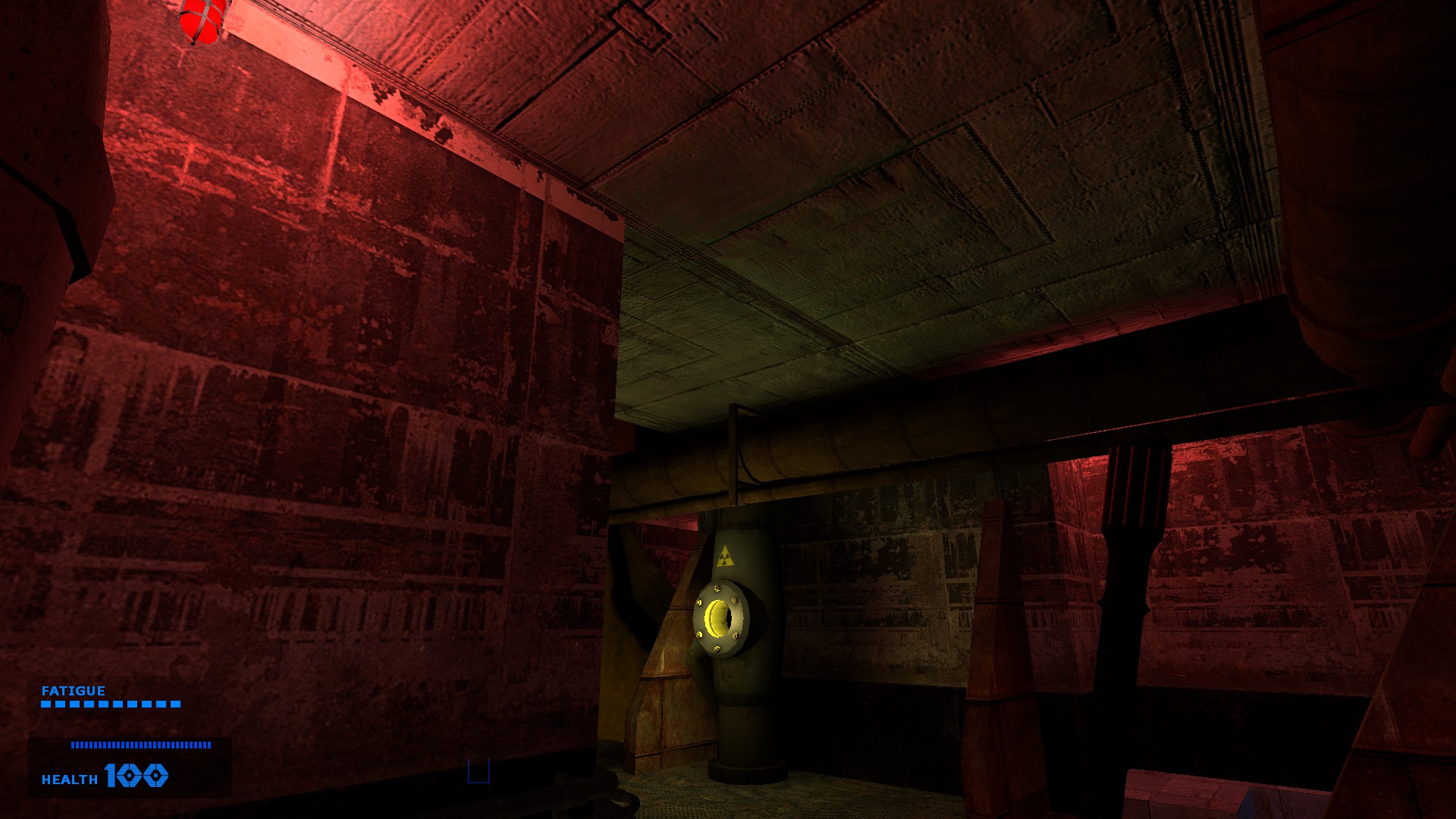 Now, for another story log, telling a little more backstory.

Story Log 2: There Are No Good People In This City

Mark glances down at his laptop screen, expecting a new message. Sitting there with his laptop resting in his lap at the train station, he notices the time and date on it is completely wrong. Oh well, it must've reset to it's manufacturing date, he thought, and then set it to the correct day: 23 MTH6 2118. As quiet as possible, Mark grabs his bag and heads over behind the empty operator desk near him, and slides down so nobody is able to see his head at all. Why won't the police send me the message? Mark kept scanning his inbox. Nothing at all. It's probably one of those situations where George doesn't want his poor old son in a police academy to get hurt, isn't that it?

Police officer Rakaya is standing by the gates to the train station, gun pointed through the opened portion of the gate. Sweat beads are dripping off his face under the hot mask, with him just ready to go. Officer Aara comes up behind him, startling him. Swinging around, Rakaya is greeted with the friendly police helmet too close for comfort. "WOAH, don't shoot me," Aara remarks and takes a step back. "I'm just here to say that it seems pretty calm in the tunnel."
Rakaya stumbles his words out of his mouth, "Do you realize who's stuck down there!?"
"About twenty people who apparently only have us to save them."
"No, not that. Commander Talldon's kid is stuck down there!"
"WHAT? Shouldn't he be at the academy right now?" Aara pulls out her pistol. "We're so screwed if
Talldon discovers that we accidentally got Mark stuck in a train station with a bunch of crazies!"
"Why the hell didn't high command tell us that there's a bunch of the crazy religous terrorists down there?" Rakaya says.
Mark looks over the counter and sees a group of about ten men holding everyone else in the station hostage. Well, I didn't see that many the first time, Mark thought. I guess if you don't see them, they don't see you.
Mark then finally receives a message on his laptop, with these words in the message:

NCPD-Officer wrote: Mark Yamelle. This is police officer Aara of the New Calgmeri police department. Hopefully you have your laptop with you, but we have only two officers stationed at the gates of the station. We are not sure how much police training you've had, but we need your help. If this was a normal job where the rescue was specified, we'd just do that. But you and me both know we can't leave this people behind. I know they won't teach you this in the academy, but the police used to help all people, not just the ones that gain the most financial benefit. I really hope you understand what I'm getting at here.


Mark closed his laptop. He knew exactly what this meant. George used to teach him this type of lesson at home away from all the other police, knowing that it's not acceptable to talk about it as an official police matter. He, in fact, knew exactly what to do as well. Picking up an empty soda can laying in some trash, he then threw it across the station, making a little *smack* sound against one of the pillars.
The terrorists jumped at the sound. "Did somebody throw something?" One asked. Another then said, "No, but somebody better not be messing with us." and those two walked near the pillar, guns ready. Mark saw that there was an easy entrance to the building to close in on the terrorists from behind. He quietly pulled out his laptop, and then sent a message back to Aara, saying:

MarkYamelle wrote: Go, through the back window. Now.


Aara just received this message on her helmet UI. "Gotta go," she said to Rakaya. "Stay here."
"Got it."
Aara circled around to the backside and then quietly entered the building through the window. After climbing in, she noticed two men not even fifteen feet from her. One of the men picks up the can and says, "It was nothing man, just this can", and then they lower their rifles.

Aara pulls out her pistol and then fires two shots, killing both of the terrorists. The other terrorists start screaming and gunshots are heard. She spots the operator desk with Mark under it and puts a finger up to her helmet for what Mark would assume is the mouth, signaling him to stay quiet. She rounds the corner and sees the hostages shot and dead, with men standing above their dead bodies. They immediately fire at her, and she falls to the ground, wounded in the right leg and abdomen. She screams in pain.

Mark listens in on this. He then hears some shuffling as what he assumes they are lifing her up. He shivers in fear, and hears one of the men say:
"We weren't expecting any cops to save these people"
A shout of pain.
"They were infidels anyway, but I thought cops were godless freaks as well"
Aara's voice screams out, "Go to hell!"
"I thought that's where you're going in a minute, infidel-lover" a distant voice calls out.
"Shut up," the first man says. "Now, are you one of those good cops? I thought those don't exist. There must be some benefit in there for yourself and all the other greedy bastards at the P.D."
"Well, what if I wasn't a police officer, huh? Would that saying still be the same?" Aara mutters out.
"Definitely," the man then gives a small chuckle.
"There are no good people in this city. Anyone who believes in true justice eitherhides in the shadows or simply..."
A shot rings out through the station.
"Dies."