Arcen Games is excited to announce our upcoming 4X sci-fi title, Stars Beyond Reach... The World Is Mine.

It is with great pleasure that I formally announce this next game. Finally, Arcen is doing a true 4x! People have been suggesting that we do this for years, and I’ve wanted to, but I wasn’t really ready yet. Even so, bits and pieces of 4x infuse a lot of our games, particularly AI War and The Last Federation.


What Is This Game? 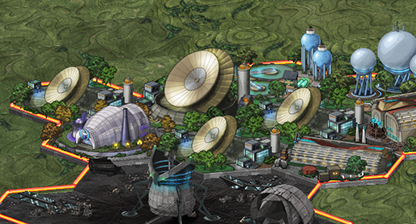 The above isn’t a full-scale screenshot (it’s 75% scale), and it’s just a tiny snippet of the screen.
But it does give you some idea of what we’re up to.

Until recently, this game was known as Spectral Empire, which was a name that I really came to dislike. It wouldn’t have served the game well. A huge thanks to Draco18s for suggesting The Stars Are Beyond Reach a month ago. We shortened that a bit, and we’ve added the tagline “This World Is Mine” (that’s a tagline, not a subtitle). But the core title is just awesome and really does the theme of the game proud. 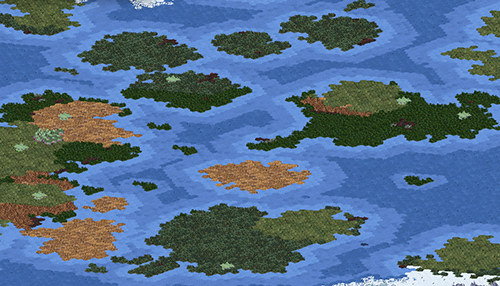 The above is a thumbnail of it zoomed very far out to show a large part of a midsize world with a normal map style (continents and islands and poles and whatnot, and all the season zones). The pale green buildings are ones that have been modeled but not yet painted. Note that also the per-race alien flora isn’t yet spreading here, either.

Back when this was still called Spectral Empire, I did a preview of the alien races that will be in the game, and all of that is still pretty well accurate.Also a bit back, I did a brief tease of the Planet Voice as a video. The second video has a better version of the voice.More recently, people have been quizzing me on various aspects of the game, and naturally I can’t resist answering (cautiously at times, since a lot of things are still subject to change, but still).

Above is a view of where the north polar zone is butting up against the northern temperate. 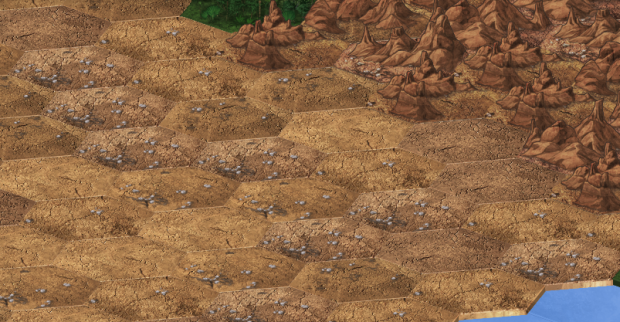 Above is a bit of desert and desert mountains bordering one side of it.

Here’s a link to the discussion on the official forums for this post.