From Redux, to Wormwood


Wormwood is an upcoming modification for the latest entry in the STALKER series, focused on four main areas; Realism, Survival, Content and Systems.

The team behind Wormwood have years of STALKER modding experience behind them, as well as personal experience visiting the real life Chernobyl Exclusion Zone. Their passion and expertise are visible in the high quality of the content being produced for the mod - this is intended to be a hallmark of Wormwood. 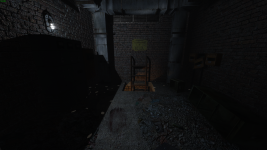 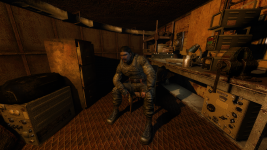 The announcement of the mod today goes hand in hand with the launch of the official Wormwood website.
The site also lists the main features of the mod, more of which will be announced over the coming week, which we’re dubbing ‘Wormwood Week’.
As well as this, the recent redesign of the mod’s ModDB page brings our online presence right up to date, featuring the latest media, info and discussion, regularly updated.


With the launch of our website today, we’re beginning a week of new content and events centred around Wormwood, including exciting new feature announcements, new media releases, a developer Q+A, new community-focused modding tutorials, and even a developer livestream.
Keep checking back to the website and the ModDB page each day to keep on top of the latest developments! Tomorrow, we'll be announcing some more brand new features! 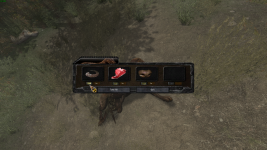 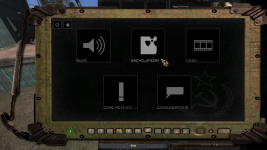 We are terrifically excited to finally announce this news - the team has been working extremely hard at getting everything ready for this big day. We hope you’re as excited to join us on this journey to create an extremely high quality, engaging Call of Pripyat experience as we are.

Thanks for sticking with us, the future's bright.

any announcement for a new quality mod for stalker is exciting, even more coming from a well-known team such as that of redux. Waiting!

I'm trying to remember where I know the name Wormwood from. It isn't the WD graphic novels is it?

Wormwood is the translation of Chernobyl, the name of the Red Forest, and has biblical/deep rooted connotations for poison and sickness :)

I knew I'd read it somewhere, It must of been in a Russian to english machine translation and not TWD. Thanks.

Really like the name. What a surprise it was to see this in my updates page: it really struck me.
The new features posted so far look awesome and really show the quality modding put into this project.
Really glad to see that S.T.A.L.K.E.R. is still brimming with quality work and dedicated fans/modders.
Best of luck to the devs!
Can't wait to see some media on the magazine system ;)

I don't get why the name had to be changed since I was fine with Redux but I don't really particularly mind, just a weird name at first glance is all but when you think about it it makes some amount of sense given the Zone's reputation of being unforgivable to those who don't no any better. XD lol

We've renamed mainly because the mod has grown so far beyond Redux, that it's not really appropriate to keep calling that. It's its own thing now :)

Ah, right, Wormwood = Chernobyl. One can't stop learning after all :) I really dig this new name, it has way more "character" than just "Redux". Really like how the mod developed over the years, being a silent watcher for at least two.

By the way, with the implementation of corpses scattered around, will you place them near the source of their death? Like, near a mutant lair or an anomaly? Also, how about rotting corpses (ugly but would definitely add to immersion).

Often, but not always. Some corpses tell a story, some hold secrets, and some were just unlucky enough to run into mutants or hostile Stalkers.

Wow, this looks really exciting! I hope you guys can pull this off, this is going to be the most awesome CoP mod ever

Looks like new misery, but question does it contains new story and new quests ? I'm really hooked on this mod, not sure why.

Wormwood is built around the core story of Call of Pripyat (Degtyarev's mission to investigate the failure of Operation Fairway), but we're adding loads of new missions, from simple fetch quests to more complex and involved missions with multiple possible resolutions.

This definitely looks very intriguing, however one thing is bugging me that I need to know: will this mod have the same system of "realism" as others, where you only ever find 3 or 4 bullets on people, even if you've just killed them immediately after watching them reload their gun? That always bothers me. Again, still looks awesome (and Redux had some great stuff that I enjoyed) I just need to know lol.

We actually made a post about this a short while back: Moddb.com

We're hoping that we can make Stalkers drop a realistic number of magazines (2-3 for each weapon) without making life too easy for the player.

Please, new hands+weapons+textures (you know there are some mods out there) plus new npc models (wtf boots of stalker models come from 2003) and new grass!! like autumn aurora. And for end my best wishes letter, better dynamic shaders (also there are people working on).
All of these with your ideas will be perfect! Could be a real 2015 game?

I read the features and it looks really good. I especially love the new magazine system, it will make guns and loots more realistic. Also will magazines drop on the ground when you reload? So that you can pick them up and fill them again.

Thats great! Also are you going to allow us to pick difficulty? I played Misery, Complete, Redux, and Reloaded before. I learned one thing from personal experience and reading a lot of people's comments. The thing is that even with a hardcore survival-realism mod, enjoying the game is the most important thing for players. Not trying to offend anyone, but not all players are capable to beat such a hard mod. Offering a reachable, enjoyable gameplay to players is essential(you can learn a lot from Misery's fall). Anyways, just want to show you guys an idea. Maybe set up three difficulty levels? Normal for people who enjoy the original normal difficulty, but also want to enjoy Wormwood. Hard for people who want hardcore gameplay. Easy for people who just want to relax and kill things.
Thank you for reply! Keep up the good work, and always listen to the community(us)

We're planning three difficulty settings, to make sure the mod is accessible to all. We've spent a huge amount of time making new content, so we'd love as many people as possible to be able to experience it!

Played Redux 1.05b and it was perfectly-balanced. And yes, I mean it: "Perfect". The mod gives both you and enemies fair chances and adequate damages, but not one-shot. I doubt that Wormwood will stray from its old path.

Thanks for the kind words - expended magazines will either go to the inventory or drop to the ground depending on which setting you pick in the options.

Okay okay, the logo looks great here. Well done Beac and team, it's looking as polished as expected from you blokes.

Congratulations on the reboot! I can't wait to see what this mod has in store, looks very exciting.

Do you plan on adding some "immersive" combat features? I guess what I'm thinking of is much louder bullet whizzing/snapping and maybe some Insurgency/Project Reality-esque screen effects when you're shot at. It would make combat far more interesting, and IMO could do wonders for combat balance and difficulty, since you will have an incentive to find cover and not just run around being Rambo.

*reading the news , check the website , take a deep breath , then spam the track button * More seriously , all the ideas and features planned looks really interesting , i'll will keep an eye on the website and the facebook , can't wait to put my sunrise suit on once again , i wish you guys the best for you and the mod !

Almost every mod integrates gameplay , AI , models and graphics. But no one interfered in the world where the game was played . Good luck in creating the game.

This is great, but isn't it kind of a futile effort?
Why revamp interiors, add new features, etc, if you don't even retexture the old guns, etc?
Seriously, if immersion is what you're going for- new weapons models, or at least new textures, are a must. I look forward to what you pull out of your hat.