Check out the Kickstarter page full of information: 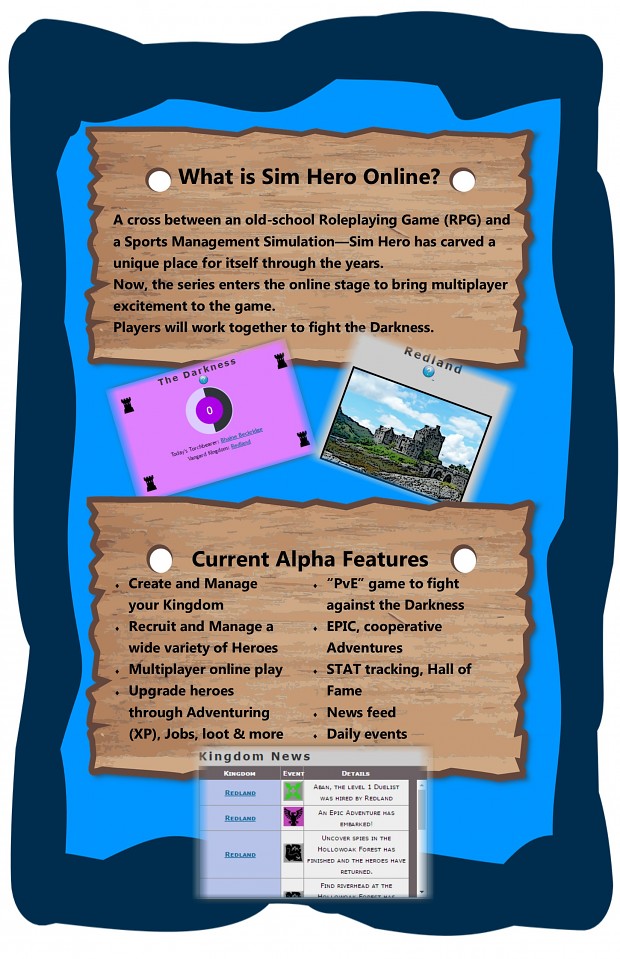 The core gameplay is a hybrid between a typical sports management sim (ie: Football Manager, Out of the Park Baseball, Goal Line Blitz) and an old-school RPG (ie: Final Fantasy 1, Ultima, Pool of Radiance). Like many sports sims, you are focused on management and strategy, rather than moment-to-moment action. You'll make decisions on which heroes to risk in adventures, pursue jobs and more.

In all cases, the game plays on all modern browsers and everyone is playing cooperatively in the same world. 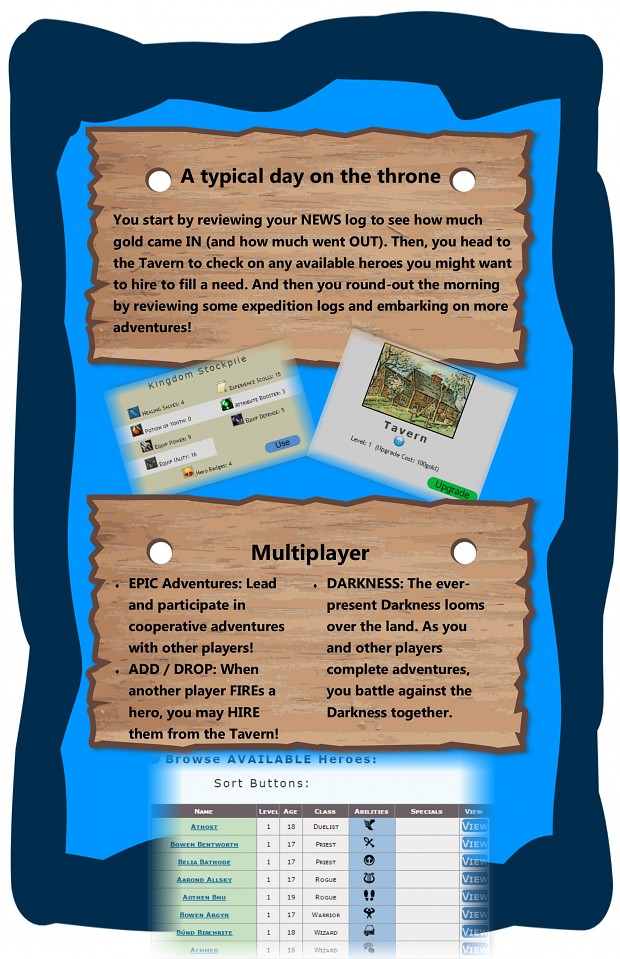 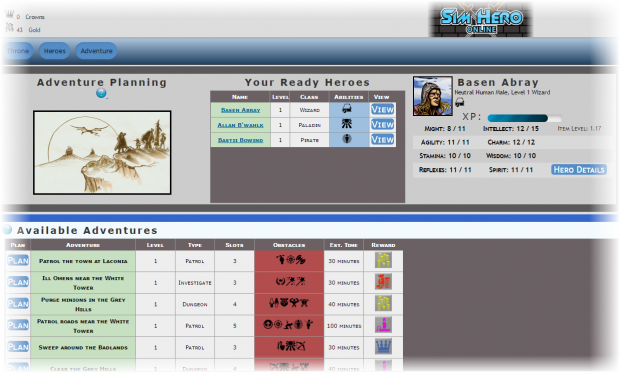 Everything needs balancing, especially aspects of multiplayer. Jump in TODAY and help us Alpha Test by clicking here. Signup takes 5 seconds and costs nothing. 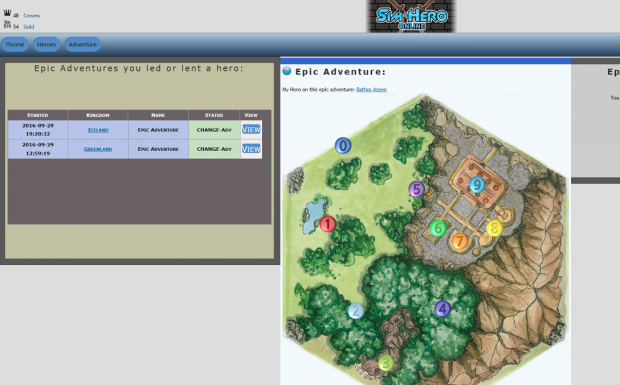 So, you've tried the ALPHA and found a feature-rich RPG management sim! What are we planning to push the game even further? Well, here's some of the things we're actively working on:

Also, we have some ideas for features we'd like to see in the game at some point as well:

* of course, all of the above is subject to change

Check out the Kickstarter Today! 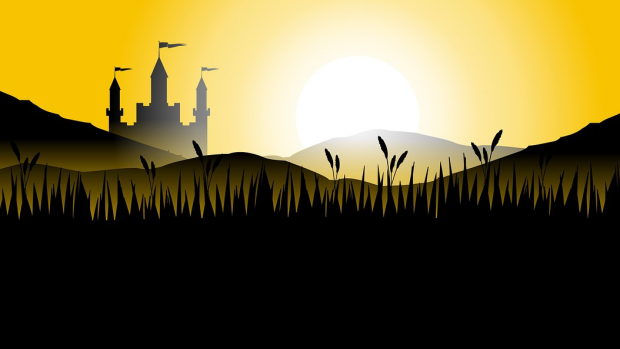