Dissolution, originally in development between 2005 and 2006, has returned and is set to be released in the coming months.

Dissolution, which was originally in development from 2005-2006, has returned. Dissolution will be an adventure / action mod taking place on an off-world colony, Xterrier 581c. The mod focuses on story telling, level design, exploration and atmosphere. 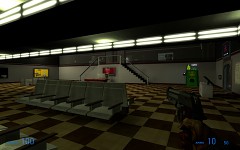 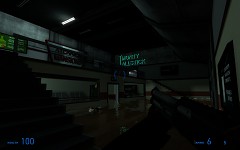 Dissolution is currently tentatively aiming for a 2010 release date and is mostly completed. The mod features PDA audio logs to tell its rather complex story and has a custom soundtrack to help compliment the mood and atmosphere. 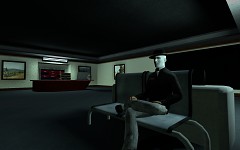 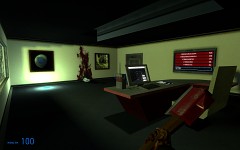 There's still a fair bit to do, but the mod is well over half way finished. The mod, I hope, has a distinctive feel and style to it. Stay tuned — more information, more screenshots, a trailer and a web-site are coming very soon.

Lovely, hoping you guys put on an excellent show for us. Screenies look great. :D

Wow.. I forgot I even had this mod on track lol.. either way glad its back up and going.

Glad to still have you following!