Field of Heroes is an online MOBA-Soccer(Football for non-USA'ians) hybrid where you fight to acquire and kick a ball into the other team's goal. Create characters from one of many classes, level up your skills, buy and level up your equipment and compete against bots and other players around the world!

After spending four years developing games with the Unity engine (of which I released five), I thought I would take a break while waiting for a studio to develop assets for me for my next game: Paper Cowboys. After getting bored very quickly with not doing any game development, I thought I'd try tinkering with the Unreal 4 Editor.

Several months of learning and prototyping later, I finally settled on a game I'd like to try to make with UE4: A game that blends the character development, strategy and action of a Multiplayer Online Battle Arena with the sport of Soccer (or Football for those of you not in the USA). I call it "Field of Heroes" and you can see what I'm trying to accomplish by viewing the screens and video below. 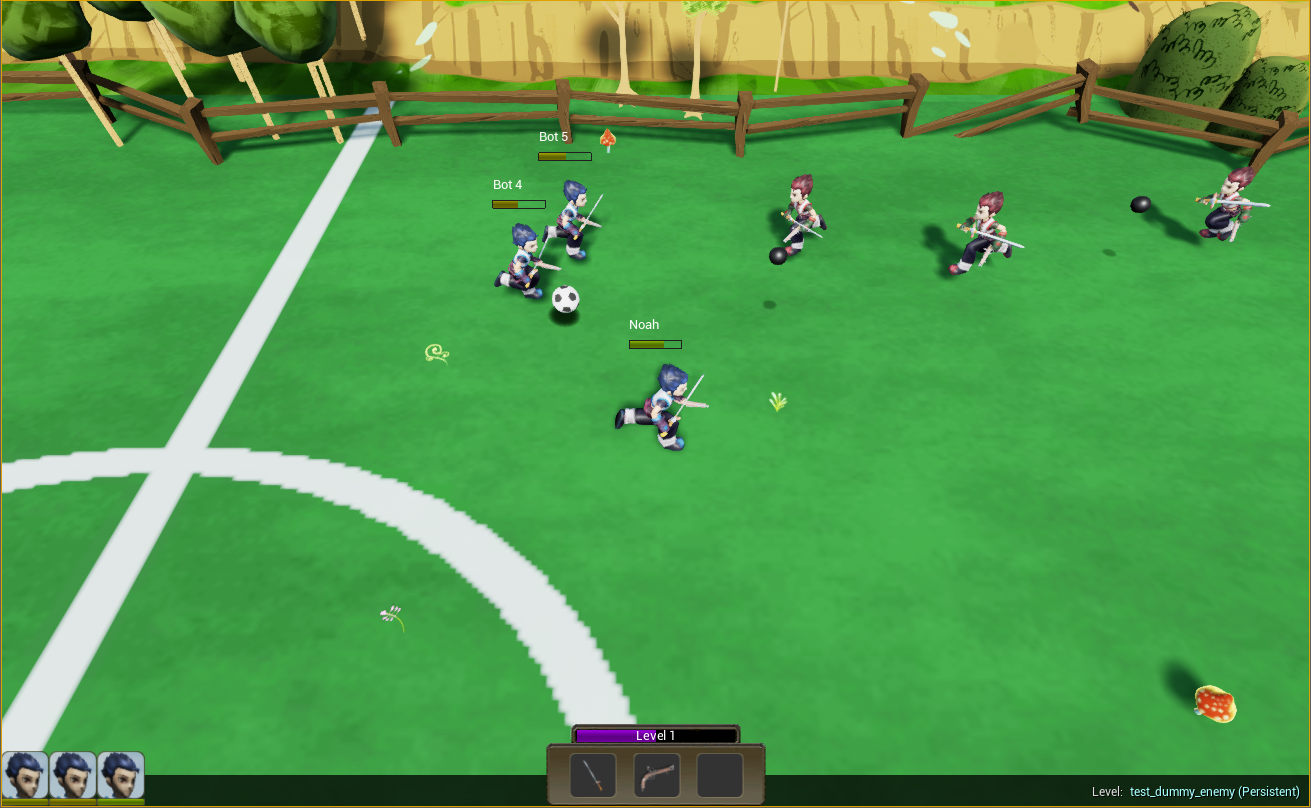 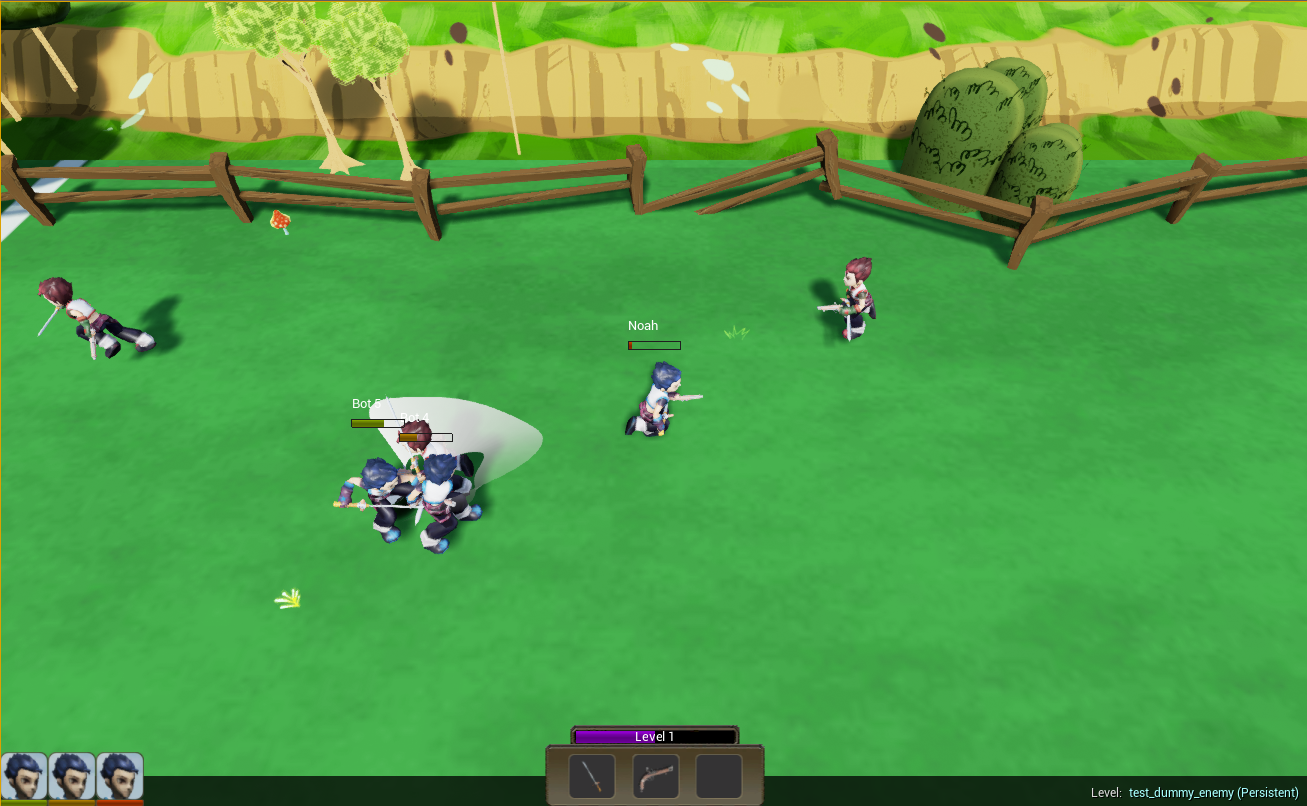 FYI: The final game will not have SWAT team members with swords shooting fireballs at each other.

I tried to make a more recent video with my new character set, but I'm having some trouble getting Fraps and UE4 to cooperate on my laptop lately.

About Field of Heroes

Field of Heroes is an online MOBA-Soccer(Football for non-USA'ians) hybrid where you fight to acquire and kick a ball into the other team's goal. Create characters from one of many classes, level up your skills, buy and level up your equipment and compete against bots and other players around the world!

Milestone 1: Trying to show everyone what I'm doing

My current goal is to develop screenshots and a game play video that demonstrates how the game should work and to show everyone how much fun it can be. Before I can do that, I need to create two more characters, a few more weapons, and do some more tweaking with the AI, HUD overlay and ball control.

Though I've been developing the game to support multiplayer from the start, I'll be turning my attention to developing a releasable version that lets players build their characters and manually join other peoples' games by IP address (sorry, no online matchmaking until I find a service like Steam for it)

As much as I like being a lone wolf developer and contracting help on demand, I want to put those days behind me and find an experienced studio to partner with. I hope the game becomes more appealing as I creep more features into it; in the end I need someone better at game design than myself to come up with character classes, weapon designs, and balanced game play. I would also need help with marketing and supporting an online community.