The past months, we've started teasing a lot of game systems, hinted at various new features, but never gotten around to properly explain those features in the end. This ends now. From today on until around Christmas we plan on releasing several in-depth articles about different parts of the game in a (hopefully) regular (bi-)weekly interval.

The past months, we've started teasing a lot of game systems, hinted at various new features, but never gotten around to properly explain those features in the end. Sometimes, because we lacked finished assets or code. This ends now. From today on until around Christmas we plan on releasing several in-depth articles about different parts of the game in a (hopefully) regular (bi-)weekly interval. This will be more than a simple progress update, different to the usual screenshot/video and short explanation. Instead we will discuss each system in detail, explain its features - maybe not all of them, nobody likes spoiled surprises - but sufficiently enough to satisfy your curiosity.

A disclaimer in advance:

With that out of the way, let's start. 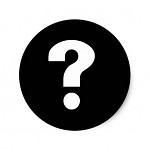 This belongs to a similarly confusing video and is part of the new Minefield system. This feature will be discussed in detail in the first post of this series.

Who doesn't remember this video?

Project: Planet Death has come a long way, back from when this post Moddb.com has been made to what it is now. This project includes a lot of features and is a vital part of the Vong War. No war before has destroyed so many world in such a variety of ways. Due to the size of this project, this might be split into two parts.

The game's tech system can be quite useful for a more traditional sense of advancement, but this mod tells the story of only one war, which forced us to replace it. New technologies are a nice thing, something we wanted to keep. But at the same time, the tech system was not what we were looking for, it is way too static and generic to adopt to a story driven mod. Guess what, we came up with something new.

Some of the biggest battles in the Galaxy's history have been fought over shipyards - Sluis Van, Bilbringi, Fondor, only to name a few. Who holds the galaxy's shipyards wins the war. And in addition there are the Yuuzhan Vong, growing their ships, with a completely different idea of resources. YVaW features a new and unique shipyard system, based on the known shipyards and manufacturers, as well as factions for the Galactic Alliance and the Hutt Empire and in addition a separate system for the Yuuzhan Vong. 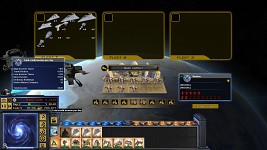 As Burntstrobe hinted in the comment section of this image, it was just the tip of the iceberg. This system has probably experienced the most drastic changes over the course of the past year. It has been almost completely re-written, partially to get rid of some more tedious parts of its original implementation, and partially to incorporate more features than before. This re-newed system is currently still in the progress of being re-written, but thanks to the old version, we are well aware of what is possible and what is not. Due to the size of this project, this might be split into two parts.

This by far isn't everything the mod consists of. This doesn't mention the amazing work with models, textures and particles, it negates several less important systems and abilities which have been implemented along the way, no mention of the story writing and map creation, but on the other hand Christmas and the new year are still quite some days off...

Amazing what you guys are making out of this game, EaW and FoC were so bare when at release but you and other modders really make it alive, looking forward to more of your work.

its a combination of blood, sweat, and tears.
mostly tears from having to deal with the god-awful limitations placed on the game by petro.

I'd argue it's mostly blood from bumping one's head against the desk.
Reasons include but are not limited to:
"WTF, Petroglyph?!"
"Really, a typo in my code?!"
"3DSMax, you crashing peice of [censored]!"
"What dufus is responsible for the xml/lua parser?"

But people deal with such inconveniences differently.

Isn't the source code available to modify the engine to get rid of these limitations?

No, the Alamo (the renderer) and Glyph (the game logic) engines are fully proprietary. Some members of the Steiner Modding Group had to buy the license for the game they planned.
We only have access to parts of the scripts (lua) and the unit configuration files (xml).
If you happen to know where the source code is available legally, I'd be very interested in that link.

This is great news!! I am excited to see what you guys have in store for us :) keep up the good work!

So does it mean that as vong, i should aim to blow up the shipyard planets and i basicly won then?

Not all planets can be destroyed, kuat and Dac cannot for example, for the Vong would rather own the lush forests and water rather than waste them.