We, HECU Collective, want to make an announcement.

Greetings, dear friends. It's been 3 years since we started developing Azure Sheep remake - our first big project. We improved our skills, learned to implement new mechanics and just gave freedom to our imagination. This path was not easy, we were making mistakes and overcoming problems, now we are ready for even more bigger things that move us forward. 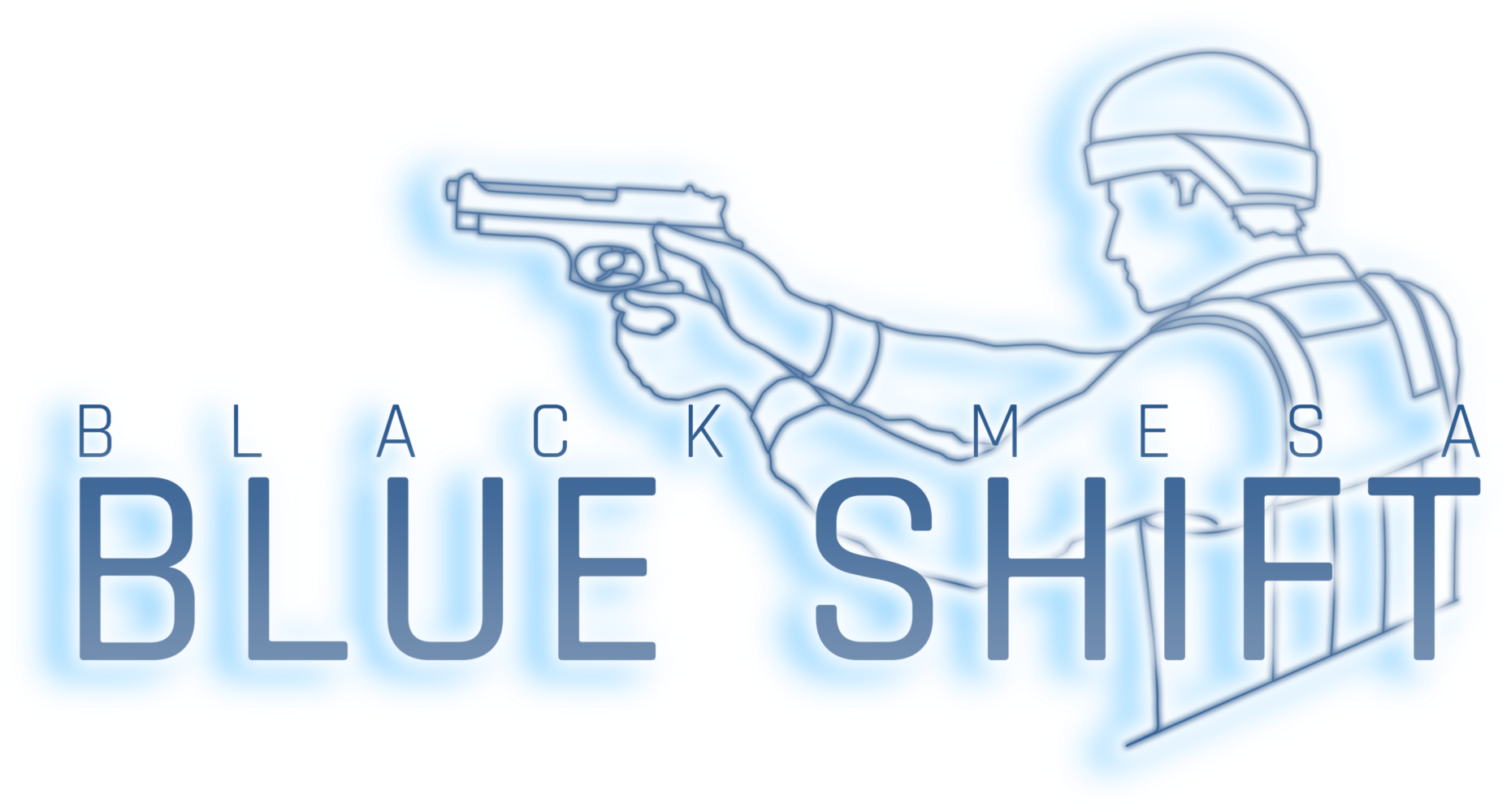 Our choice may seem predictable to you - our team has been developing a mod about a security guard for 3 years. When we were informed that the Black Mesa: Insecurity was discontinued, we decided to start the development of a parallel project. At that moment, one part of our team was making a patch for Azure Sheep, and another part began to work on BM: Blue Shift.

Therefore, we want to announce that soon there will be the release of the demo, which will include a tram ride. You will see by yourself our take on the Blue Shift remake, with all features of Black Mesa. Evaluate our capabilities and tell us: do you want us to continue the work on this mod?

Right now, we've decided on a plan of further development. We want to release chapters one after another right after we finish them, so you could play them right away. It's important for us to test and implement new mechanics, location designs and let you know what you will experience in the future. This project is something we would like to create for the community. We understand that it's difficult to wait for the release of such projects for years, therefore, we want to share some progress with you. We hope you'll like it! 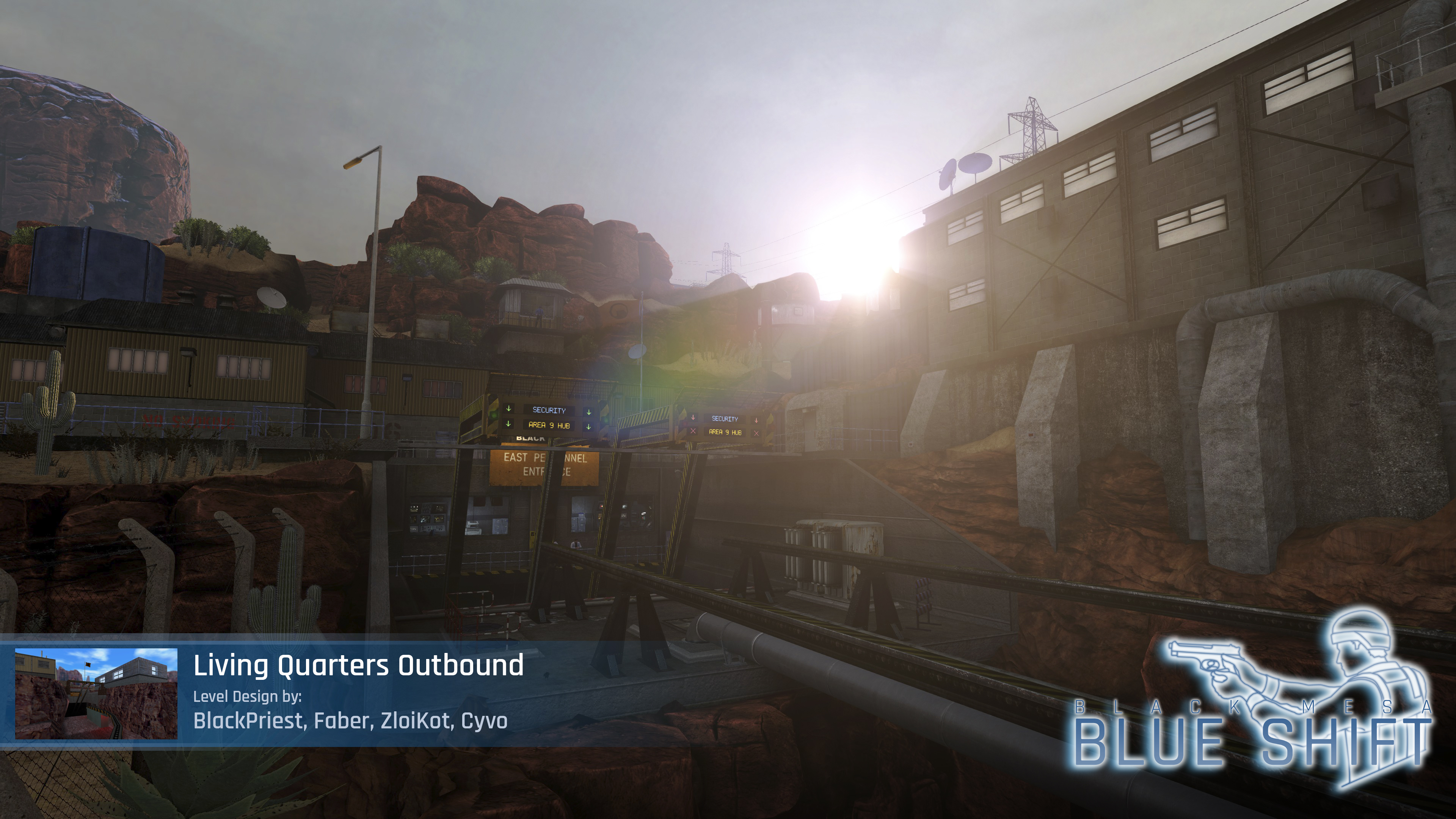 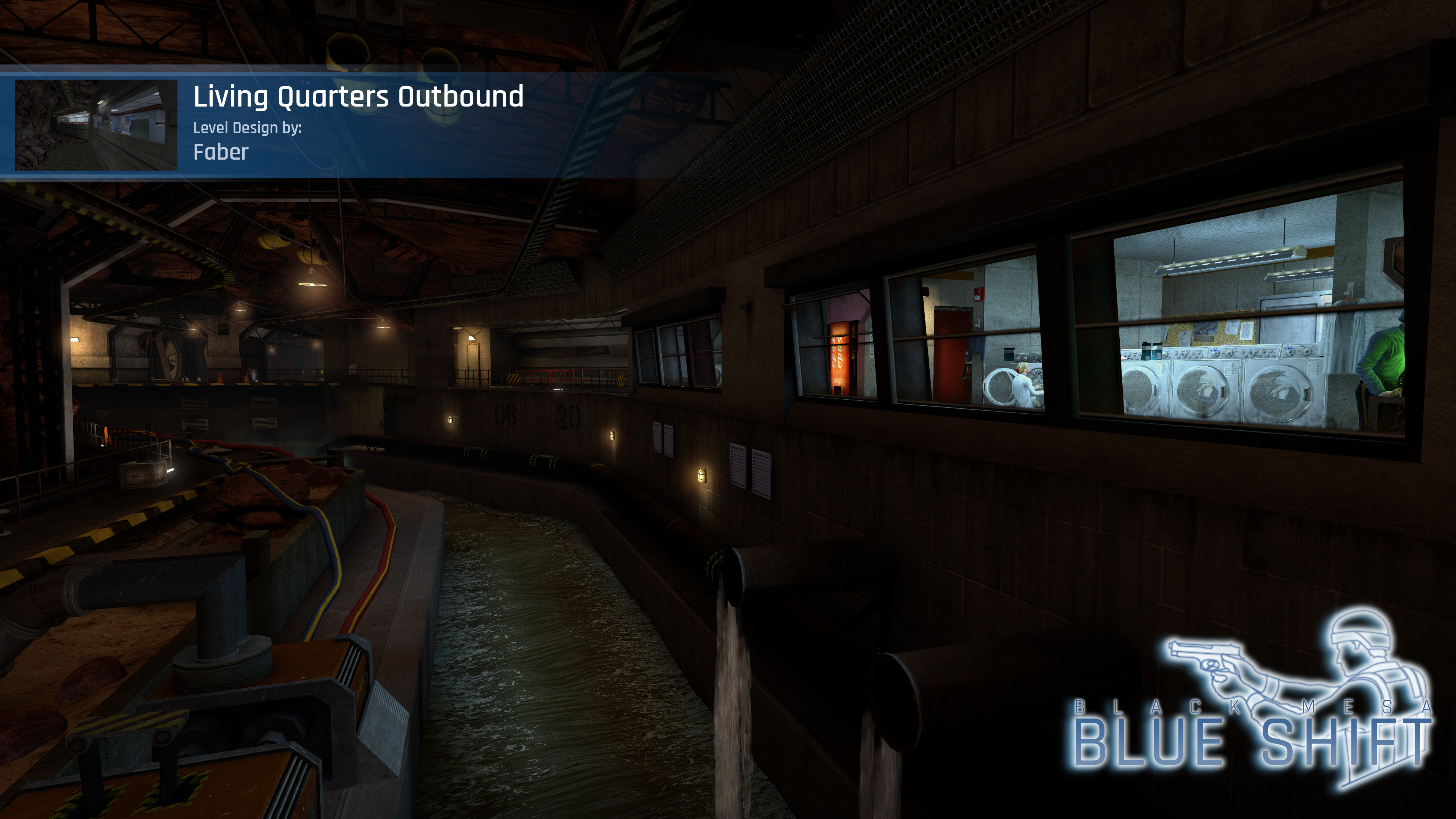 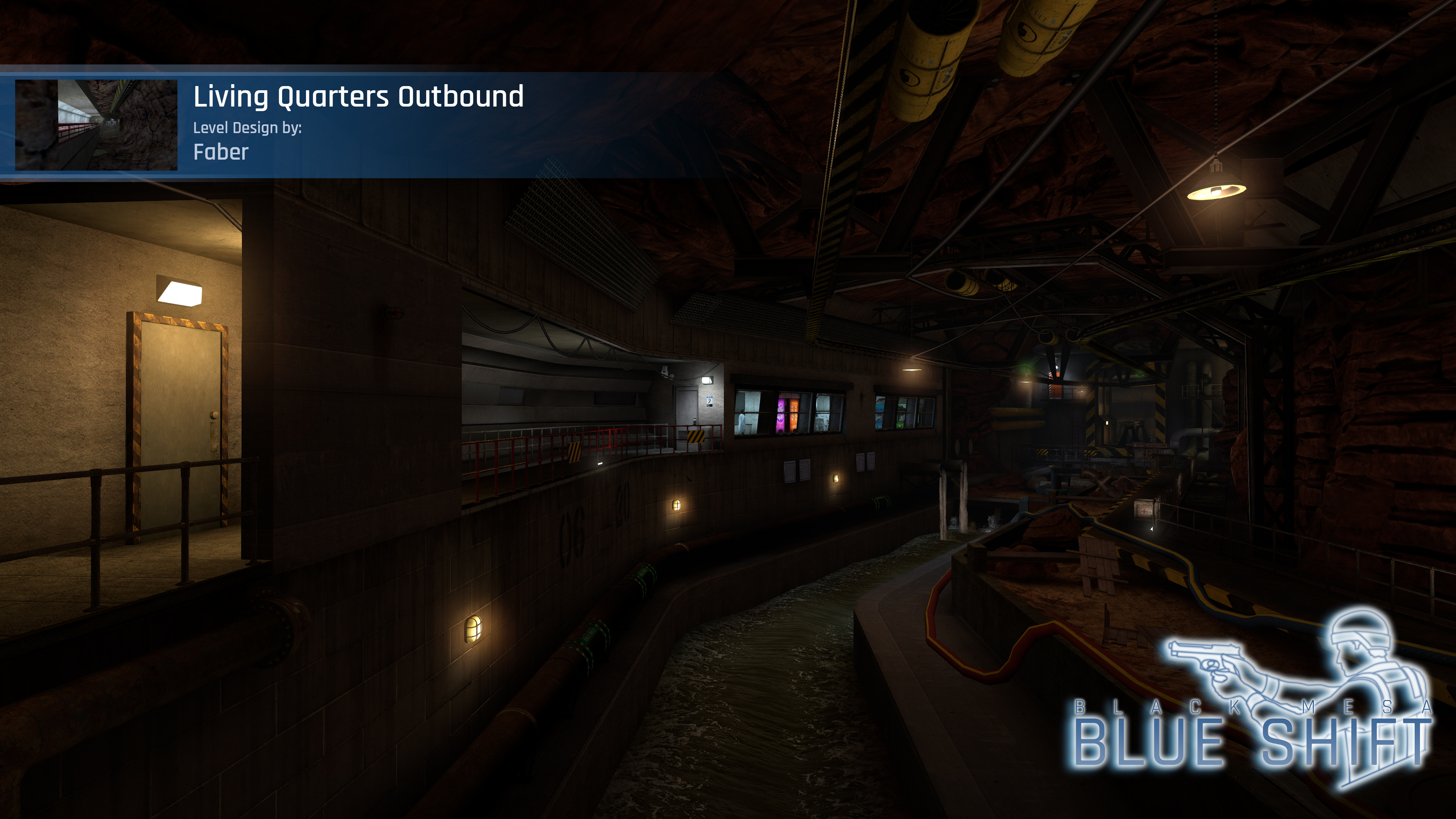 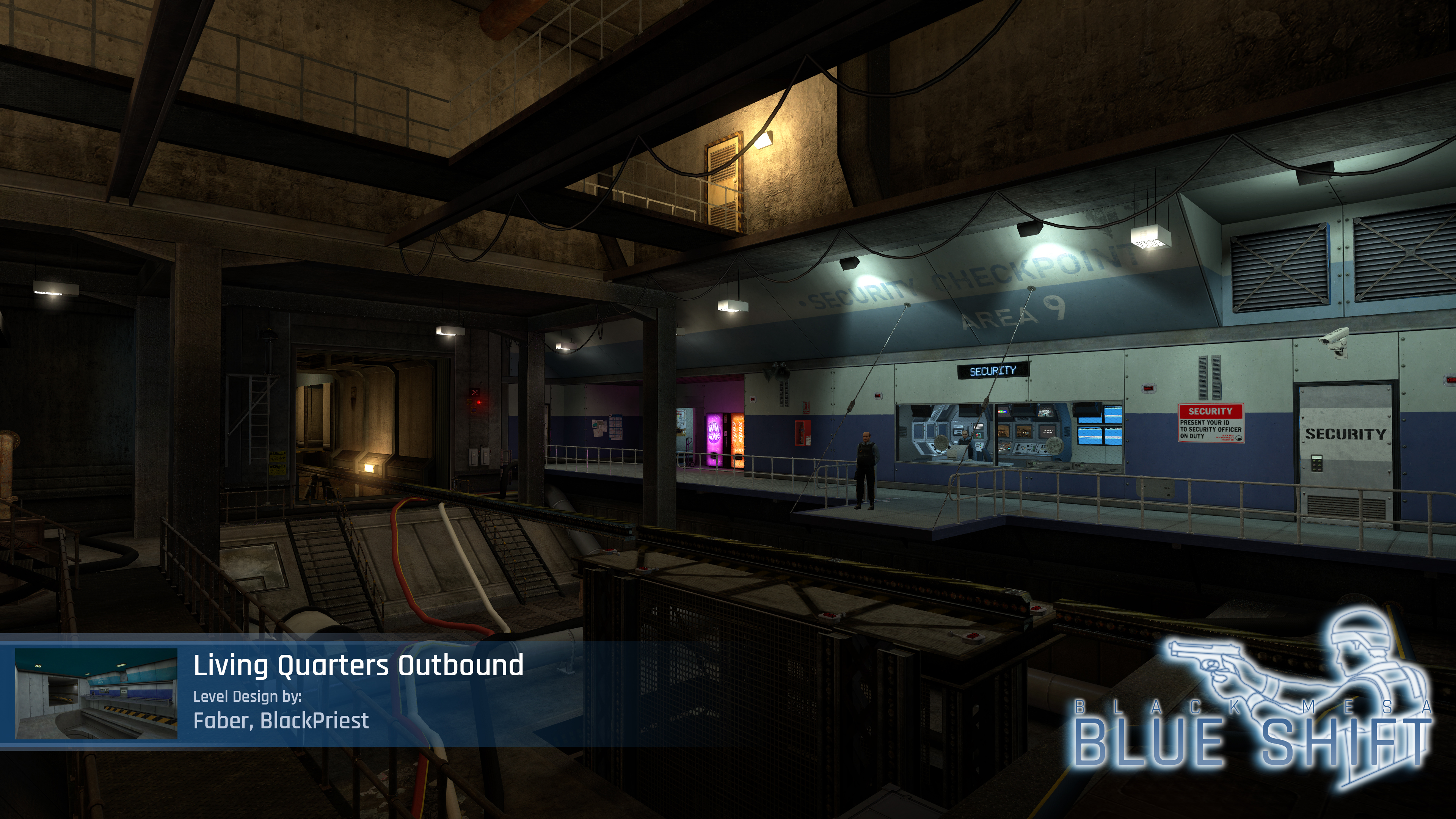 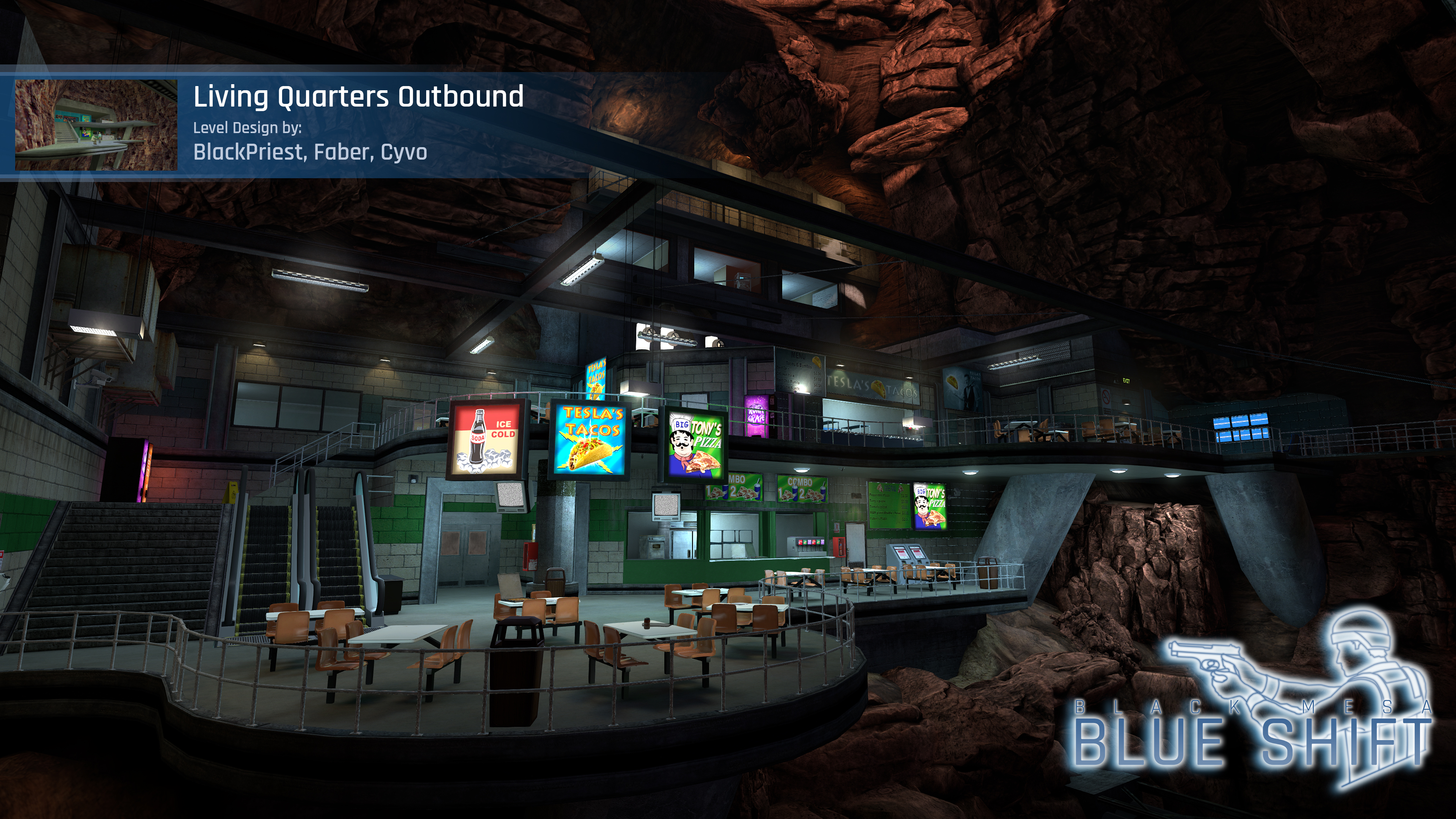 We know that the voice acting in our previous mod was awful, so we've got help from the community - UnstoppableGiant will be the voice of Otis! You can listen to him in his SoundCloud!

And, for the last, here is the soundtrack for BM: Blue Shift, made by our composer - Daver (Aslan Akhmetov).

We have our Discord server now!

Finally! someone had to do this mod, and you guys are best team who can do it. Wishing luck!

So we have conflict between Guard Duty and BM: Blue Shift?

No conflict! Remember, we're in a community so anyone can make what they feel like making!

No conflict! Everyone is friendly :)

I can see room for both.

Guard Duty is made by the same team whos making O:BM.

Nice knowing that blue shift is getting a black mesa make over and the screens do look fantastic but this page color hurts my eyes, literally.

update: The page color was changed, is much better now. :)

Glad to see that you guys managed to grab the maps of Insecurity. It would've been a shame to let the maps go to waste by that other mod team. The improvements being made to it either by them or by you are amazing. Good job and I can hardly wait for it to play it.

Actually, all content from Insecurity was gone, so every map you have seen was made from scratch.

Stavaas-BM Now that sounds wonderful, good job. Still did you reconstruct your maps upon their map designs?
'Cause they appear almost identical brush and model wise except that your version is far more advanced and polished. The Stairs, Tables and general brushwork look very much alike. Even the 5 monitors and many identical light spot positions are the same and present there. This can't be a coincidence. :)
Yours: Media.moddb.com
Theirs: Media.moddb.com

Either way as said before. This is amazing news.

Yep, we were inspired by some Insecurity maps, but they were lacking details, so we've gone further.
If there are some good ideas in this mod, why leave them?

Stavaas-BM Absolutely and I agree. :)

Damn, you guys are modding machines!
Was hoping you could go back to spruce up your older projects as the Definitive Edition broke their functionality but this is just as good!

Will you guys eventually be doing an Opposing Force remake or is there a team already at work on that?

Who knows, only time will tell.

this looks amazing so far!!!! can't wait to play it, if/when it gets there!!!

Never thought that one coming, then again, non of us did. I can see why you went with remaking Blue Shift, this will be cool and I'll be in the wait to see this and "Guard Duty". Two Different projects, one game, let the fun begin!

I'll love to see this come out. I actually like Blue Shift.

So nice ! but why are you working on Blue shift and not Opposing Forces ?

I think it is obvious, they've already had assets and entities that were made for Azure Sheep Remake, so starting Blue Shift will be easier, especially that making Opposing Force is not an easy task since it requires lots and lots of new codes to write. We do have another talented team remaking opposing force alongside blue shift.

Will more voice acting be needed?

I'm glad to see someone is taking over after Insecurity got discontinued. Your maps of the first chapter look good. I can't wait to see your take on the train yard. :)

Is there a approximate release date for the demo ?

The best expression would be: Soon)

Is anyone having a problem with the game crashing every time they talk to the security guard in sector G hydro electric?

Is this project dead?