Welcome to our anniversary-update, you won't believe it, but today it's still a year after the beginning of our project "Aurora - Maximum Space". And we are still in it to realize our pinned up aim! Of course we prepared a bigger update for you, two days ago there was also christmas.

We want to show you the following things:

A few time ago we decided, that it doesn't make sense to develope a modification for the multiplayer part. Not only the fact that we were missing some programmer, also the situation of the crysis multiplayer

has persuaded us for that. We don't see a necessity to develope a mp mod for a game, which isn't played by many people. So we have decided ; First we will develope our singleplayer campaign. So unfortunately the multiplayer beta won't be support any more by us.

As a result of that we want to concentrate us on a new, little bit different news-system. In our opinion, it's more sensibly to work nearer with the fans. So we decided that every developer is presenting the results of his work on our homepage and to the single community sites. In certain distances there will be monthly updates which will summarise all small news and perhaps add some news!

What would be a singleplayer campaign without good voice actors?

We thought of that, too. So we began to search for some english speakers. Unfortunately, almost was found no English speaker what quite disappointed us. The logical conclusion was to search German speakers, and now, in this area, we richly receive support. Because of this reason, we will hold the single player campaign exclusively German-speaking, but you also can activate English subtitle. If we will found enough good English speakers during the next few months, we will try to implement a English localization, too!

Furthermore we reorganized the complete team and we optimized or development processes.
That's why we had more departures than new members !

We say goodbye to our former Community Manager "Kolga" with this news. He did a good job until now, but unfortunately he has no more time for such a time-consuming job.
Good luck to you for your further life !

Me Pascal aka, Kolga wants to speak to the community for the last time.
First I want to say congratualtions to the team for the first Birthday.
The studio is now one year old and the development of the mod made good progress.

I want to say thank you to the whole crysis community, who followed the modifactions’s development and who maybe even become fans.
Sadly I will give up my job as Community Manager.

In this one year many things have changed, that why I have to change my priorities.
I won't disappear from the modding scene, I will look after Aurora and the many other CryEngine 2 Mods.
I still could represent your Mod on Crysis-HQ.com .

Sebi will be the new press and community manager from Aurora.
I want to say thank you to Dennis aka. Crysis2142, who helped out for me.
He will give up his job as community manager, too.
He will only work as Q&A department leader.

Therefore I want to say a big thank you to the whole Aurora Team and the two Leaders Nanobot and S4lz.

I'm out now. Thank you, Community.

For a couple of weeks „Crysis2142" helped out as Lead Community Manager, to help Kolga.
Thank you for your great job. Sadly he also has not enough time for that job.
That's why he hands over this position to Sebi3110 and will work for us in the Q&A department.

„Sebi3110" worked as 3D and Level designer for our mod since it's founding and he will still work in this departments, too.

To finish such an ambitious modification, we are ready to take up talented modders, which we practised often in the last weeks:

With this update we want to release the first Aurora - Maximum Space Wallpapers.
They are available in 3 common resolutions and show a level from our single player campaign. 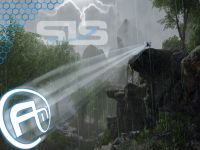 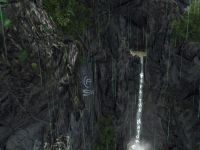 <!-- But there were time problems and so the texture wasn't finished until the update release.
But we will show you the texture as fast as possible in our dev diary.


For this special update, we wanted to show you a new trailer video, which Sebi created.
We hope you enjoy this anniversary trailer, it was sometimes annoying to create this video.

Like every other year moddb.com (The biggest Modding Website!) stages the Mod Of The Year competition.
From 2nd January on they look for the 100 best Mods. Therefore we need you, the community.
We, the Aurora Modification, want to be one of the 100 best mods this year.
What means that for you ? We will show you much more Updates in the next weeks!
We hope you will support us, we count on you !
When the time comes we will tell you.
This will be the last update for this year!
We wish you a happy new year. And we count on the support of the community.
You should visit our page in the next weeks, it's worth it.