A quick post about the animations we are working on for Deep Space Mine.

Recently we've been throwing out assets to fill up the world of DSM and like everything that exists it also needs to move so we've started with some of the most necessary ones, the equipment which the player will use. In a later post we will talk about the other assets and creatures involved.

The Drill is a fundamental part of DSM because it's used by the player to gain resources, which in turn allows you to progress, whether that be upgrades, fuel, more equipment etc. So this is a piece of equipment which the player can deploy from the ship which once landed it will start collecting the precious mineral for the player to then collect. The design of the drill is based off of the drop pods from Hell Divers. We liked the robust collision it takes with the ground, so we took some inspiration from that whilst still resembling the design and style of DSM. Its animation transforms the object, which allows it to change appearance to help assist it with its main purpose of drilling and collecting resources. 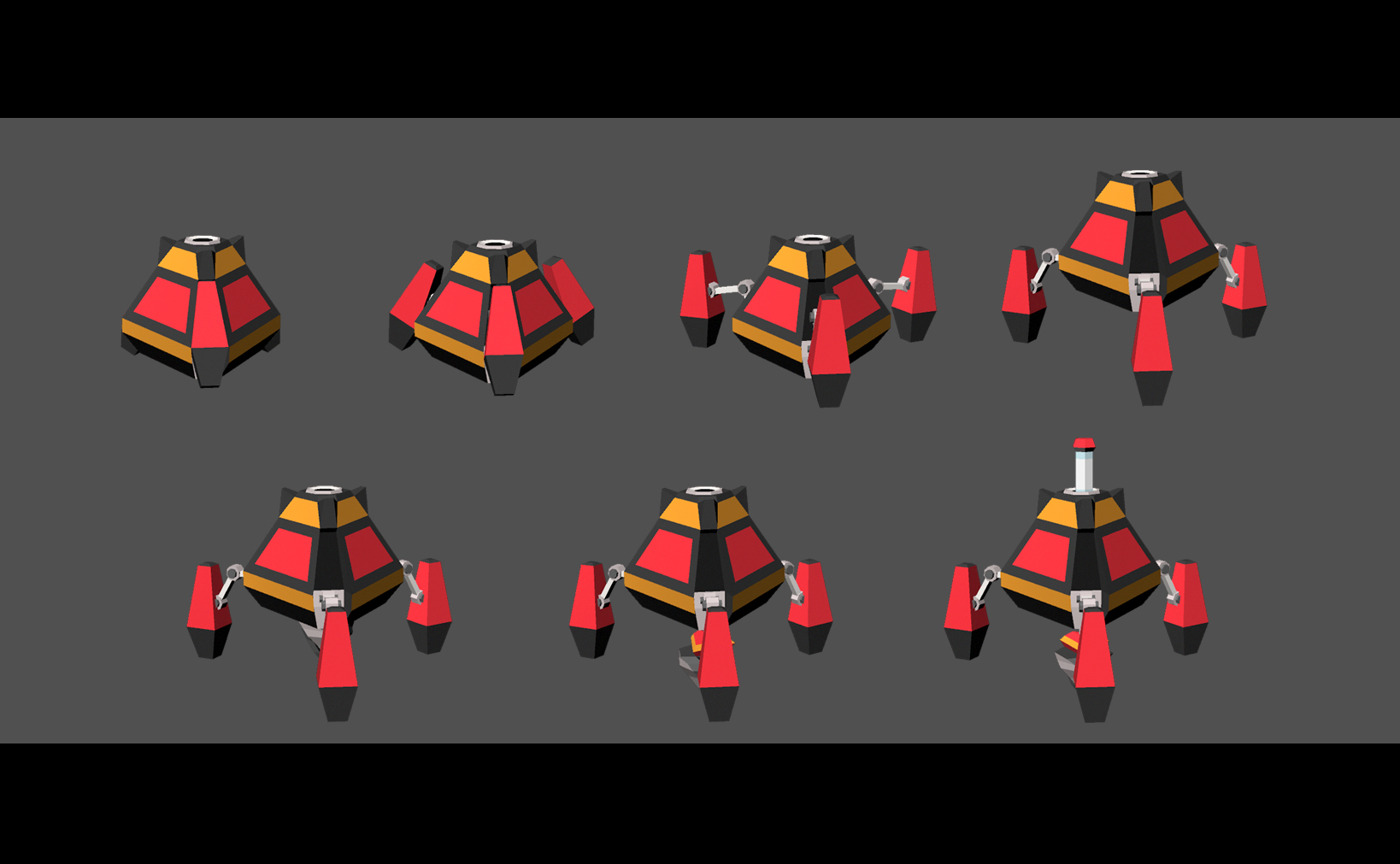 Probes are used to mark out areas in which the player may want to drill. It is still a work in progress however, the idea is whilst fly around the skies of a planet you may encounter areas in which show up on the radar as mineral enrich. You can then drop a probe to mark that area and carry on whilst you search for other areas that light up on the radar. After dropping up to 3 probes you will then plant your drill which will collect resources based on an average of the 3 probes dropped. The design of the probe is yet again a transformation; it is shot out from the ship and then opens up to reveal a beacon that lets the player know where they have probed.

Well that's it on the animations front for now, please let us know what you think and thank you for reading. To make sure you're up to date with the latest content make sure you track this game!

Thank you for reading sausages. Please show your support by commenting below, or if you want any information just ask and we will get back to you.