Because we are very nice, we will show you are recent progress over the holidays.
First of all, I will show you the current team:

- Now, after careful consideration, we have decided that we shall stick with the Source engine, for information on why we chose source contact us via our email - In addition to that, we have a new website thanks to our new team member Blaine, more news will be announced concerning the date of the change and the new URL, soon.

- About the name of the modification, it will be the same as was before - Ancient Rome.

- The time period featured in the game will focus on the conquests of Gaius Julius caesar as stated in the previous releases.

- In the first release we will include various battles between the Late Roman Republic against Gallic tribes (in some battles various other barbarian tribes will take the place of Gauls ). 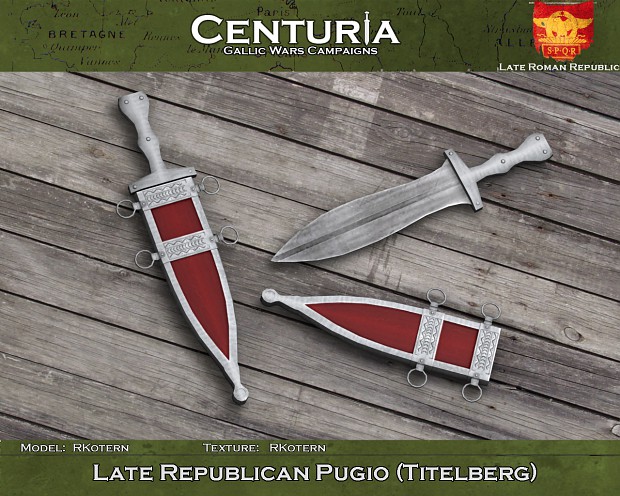 The Pugio was used during the late republic. That sheaths were made of metal and the hilt of the dagger was be the same color as the blade and leather inside. It's characterized by the very small detail. The Dagger will be used by Caesar's legionary, centurion, and probably standard bearer. (Vexillarius, Aquilifer and Signifer). 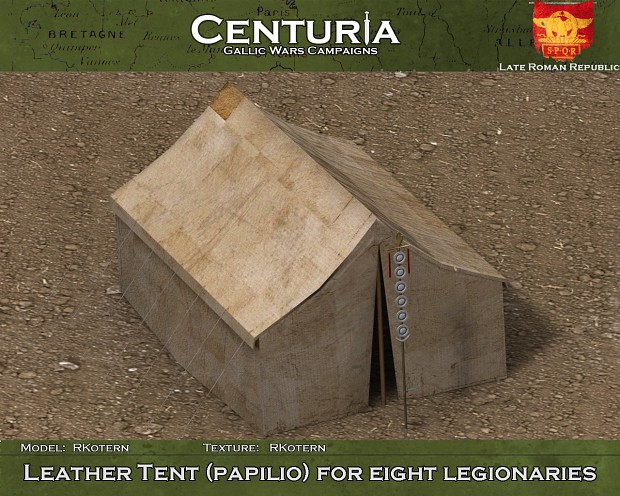 It was a tent for eight roman legionaries (contuberninum). Also, the tent was dismantled after each summer march and rebuilt whenever the legions camped.

Thats it for this month guys, stay tuned for updates in the near future.

nice little update :) keep it up.

i love ancient history...hope this mod will do it some justice.