Time for a new article with some development progress and a look at the function and role of models in game development. Also, a special Question of the Day! 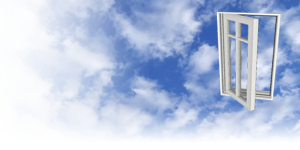 The flu has passed, real life has picked up again and I've had a few hours to dedicate to the project this week. Time for a new article with some development progress and a look at the function and role of models in game development.

From all the comments on the last Question of the Day I gathered most people prefer to be mappers. This is not without reason, because being a mapper has it's advantages. The mapper has every resource at his disposal. The engine code is working, there is a large texture set available and he can use models at will. His role in a team is putting everything together. While I'm not trying to say the mapper has an easy job, he would be the only one who is able to release a full MOD on his own. The modeller on the other hand, needs to create his own content and often skinners help him creating the texture for the model. This gives him the opportunity to create exactly what he wants, and that's an option the lone mapper doesn't have. He is tied to the resources he has been given.

For AnOpWi, I've tried to combine these two advantages. While I have made characters and weapon models in the past, I can't say I'm as experienced with XSI or MS3D as I am with Hammer. This problem has been solved by a ingenious little tool called Propper. With Propper the mapper can convert objects he created from brushes directly to models. While it's doesn't offer the same possibilities as genuine modelling, the program has served me well over the few last years. Check out this page on how to use Propper. 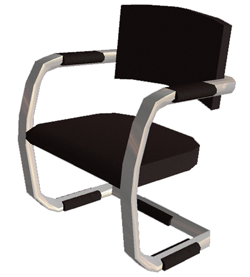 In the current art pass phase, I'm creating loads of objects for the rooms of the house. These objects are referred to as props in the Source engine and are models. The engine can render these models faster than regular brushes. However, it's a time consuming job because I have to create both the brushwork and the custom textures. Next to that, the props need to blend into the scenery, which is hard to get right on the first attempt. To the left and right you can see a few random examples of props I have been creating. 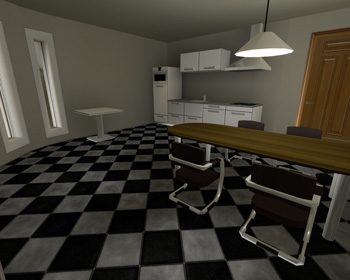 As you can see from the screenshot above: it's the props that bring the scene to life and determine the final theme of the setting. In the next art pass, the remaining detail will be added and finally the lighting will be set, which will greatly differ from the screenshots you've seen so far.

Regular readers know I end my articles with the Question of the Day. Today's QoftD is slightly different and is more of a request and your chance to influence the development, if only slightly. Thanks for reading and all the comments so far!

Question of the Day:
Which prop model would you like to see in An Open Window? If you have a favourite chair, an awesome couch or a nice desk at home, which you would like to see featured in the MOD, take pictures from various angles and post them in the comment section below or send them through PM. This can range from furniture to random objects you might find in the average house. I'm eager to see what you can come up with!

I love your articles.... Even though I myself know everything about what you say it yet is a terrific insight into your working style and mod progress!! :)

Answer: I would like to see Van Gogh's painting, 'Starry Night', in AOP. It instantly adds class, and can easily be used to add character to a room, and the people that live in it.

I see you have a hob/cooker in the background. How about one of them old style silver kettles with the big handles sitting on the hob boiling. You could use a simple env_steam(think thats what its called) to portray its activity.
I dunno i thought that might be a nice touch. I like Aboves idea of Starry night too
:P