With the completion of the island, we are heading towards a playable demo.

After putting in a few days worth of work, the island, home to our lovable monkey, is complete. Well, minus a certain secret lab. The game will feature the ability to explore the entire island (maybe you will find a secret or two), though it is not necessary for you to do so. Locations you have to travel to can easily be found by following paths laid out by floor tile and gaps in the trees. 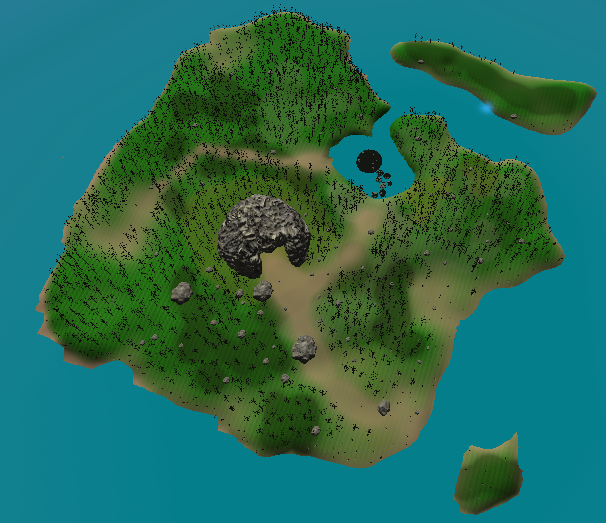 Once we got one more enemy model implemented in the game and fix the glitchy Wasp enemy, we will be rolling out a demo. We hope at that time you will give us feedback on changes to make before we submit that limited version to a Unity 3D student contest. After that, we will finish up the rest of the enemies, program and implement them into levels and then work to create bonus modes such as time trial, survival, high score and (hopefully) a mode that features the ability to have two players competing in various ways against each other (more on that later).