Several new destroyers for the US Navy in FHSW 0.51!

Welcome to another news update, but first I want to inform you about the fact that Battlefield 1942 is now completely free if you install EA's Origin. Download it, grab some mods and join the multiplayer, it's a blast! Go to Store.origin.com, navigate to the Demo section (don't worry it's the full game) and download it. There are currently problems with the Forgotten Hope and Mappack 6 installers, go to Battlelog.battlefield.com for a workaround. If you have mods installed on the CD version you can simply copy/paste the content of the Mods folder (with the exception of the bf1942 folder) into the Mods folder of your BF1942 Origin installation.

As the latest news suggest the next update for FHSW (version 0.51) will not only contain bug fixes but also quite a few new vehicles and maps. This time we have a lot of new destroyers for the American Fleet, so they don't have to rely only on the Fletcher and Gearing class. 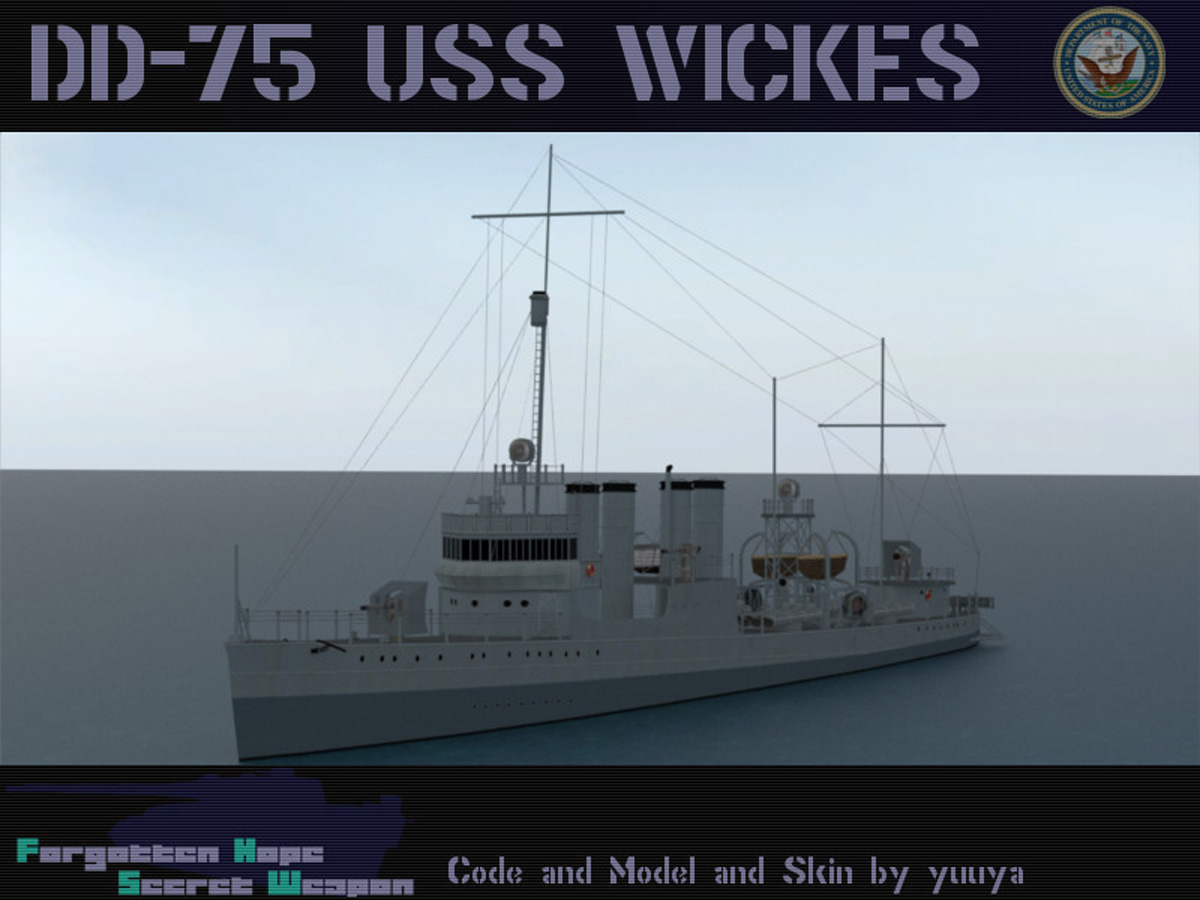 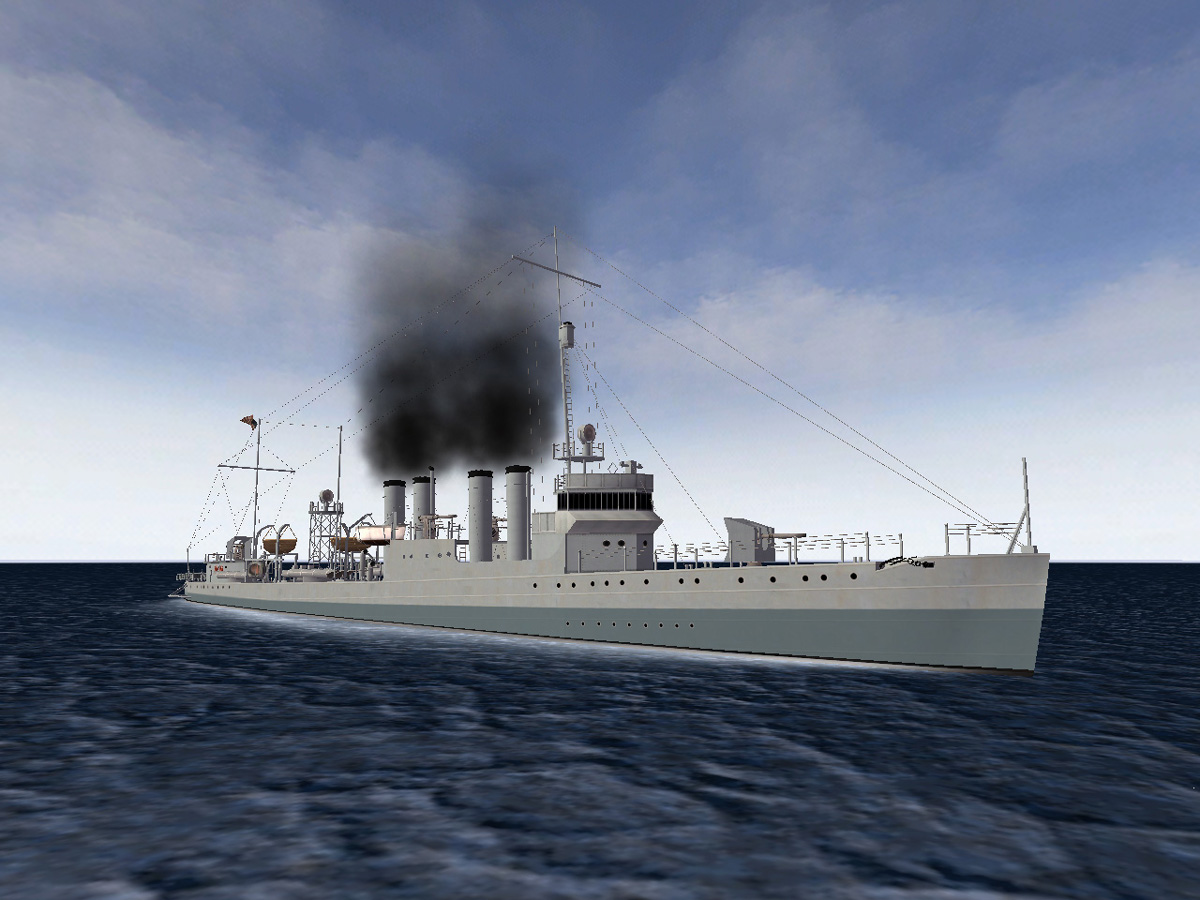 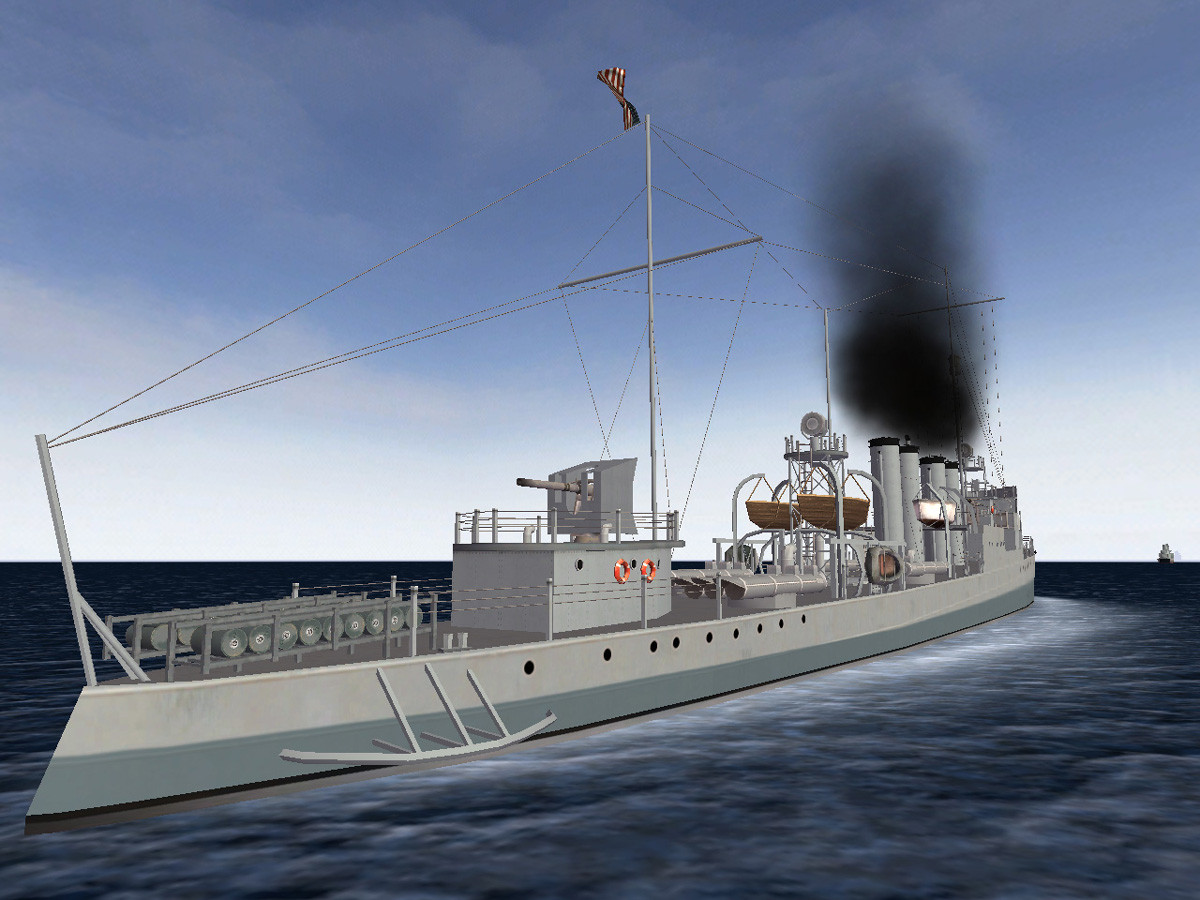 The Wickes-class destroyers (DD-75 to DD-185) were a group of 111 destroyers built by the United States Navy in 1917-1919. While some were scrapped in the 1930s, the rest served through World War II. Most of these were converted to other uses. Some were transferred to the British Royal Navy, and a few of these were later transferred to the Soviet navy. All were scrapped within a few years after World War II.

The ships are armed with 4 x 4 inch/50 caliber guns and 12 x 21 inch torpedo tubes. They lack any sort of anti-air defence so you better stay close to your other ships or you will get sunk by bombers very fast. Like most destroyers you can drop several waterbombs to destroy enemy submarines, use them to defend your vital capital ships. 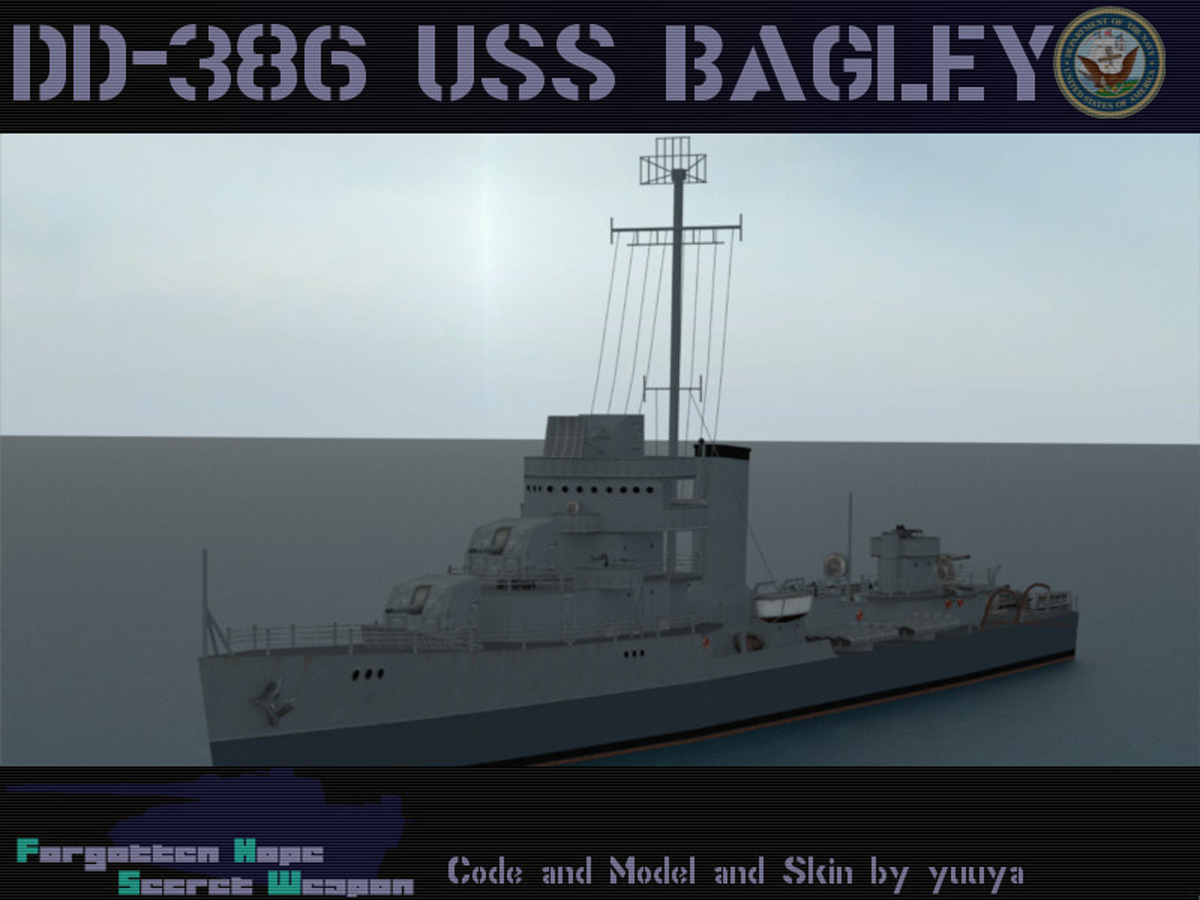 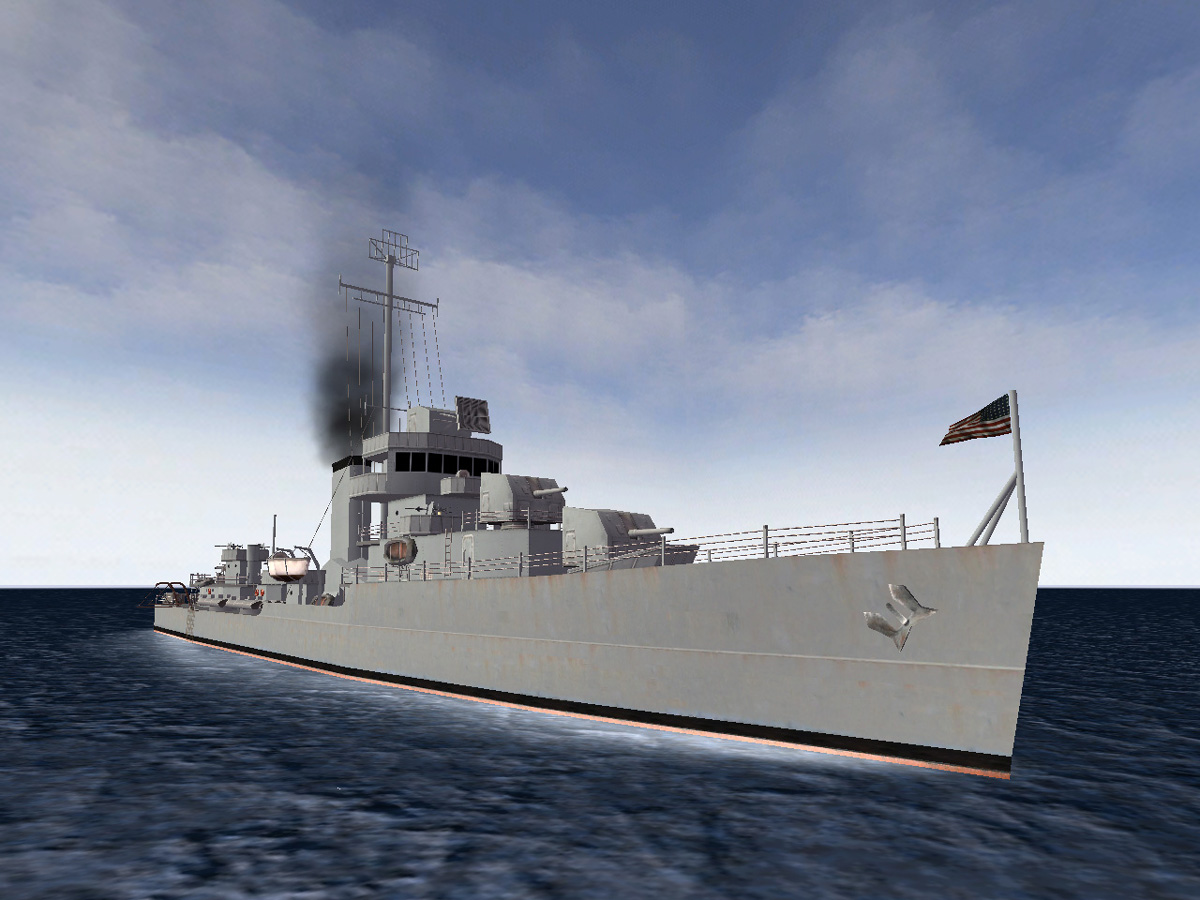 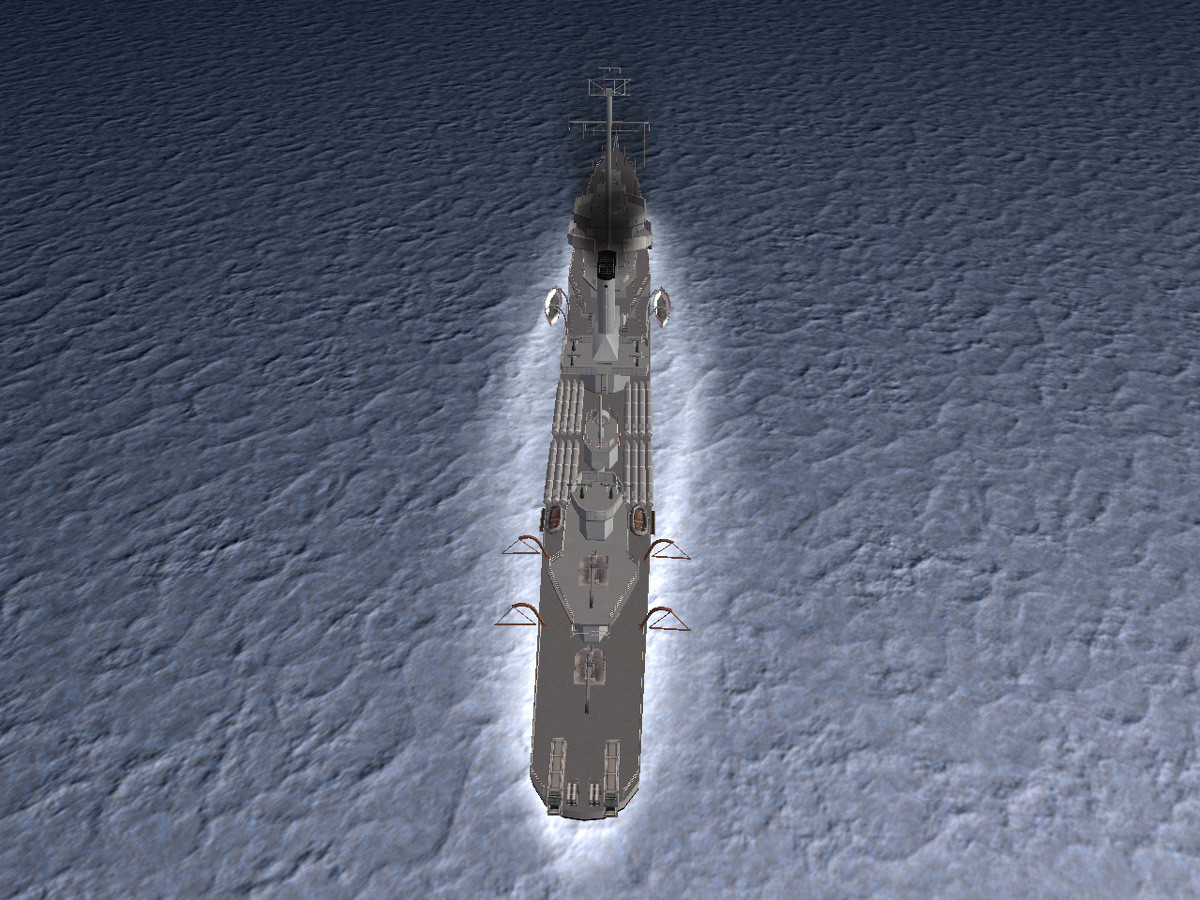 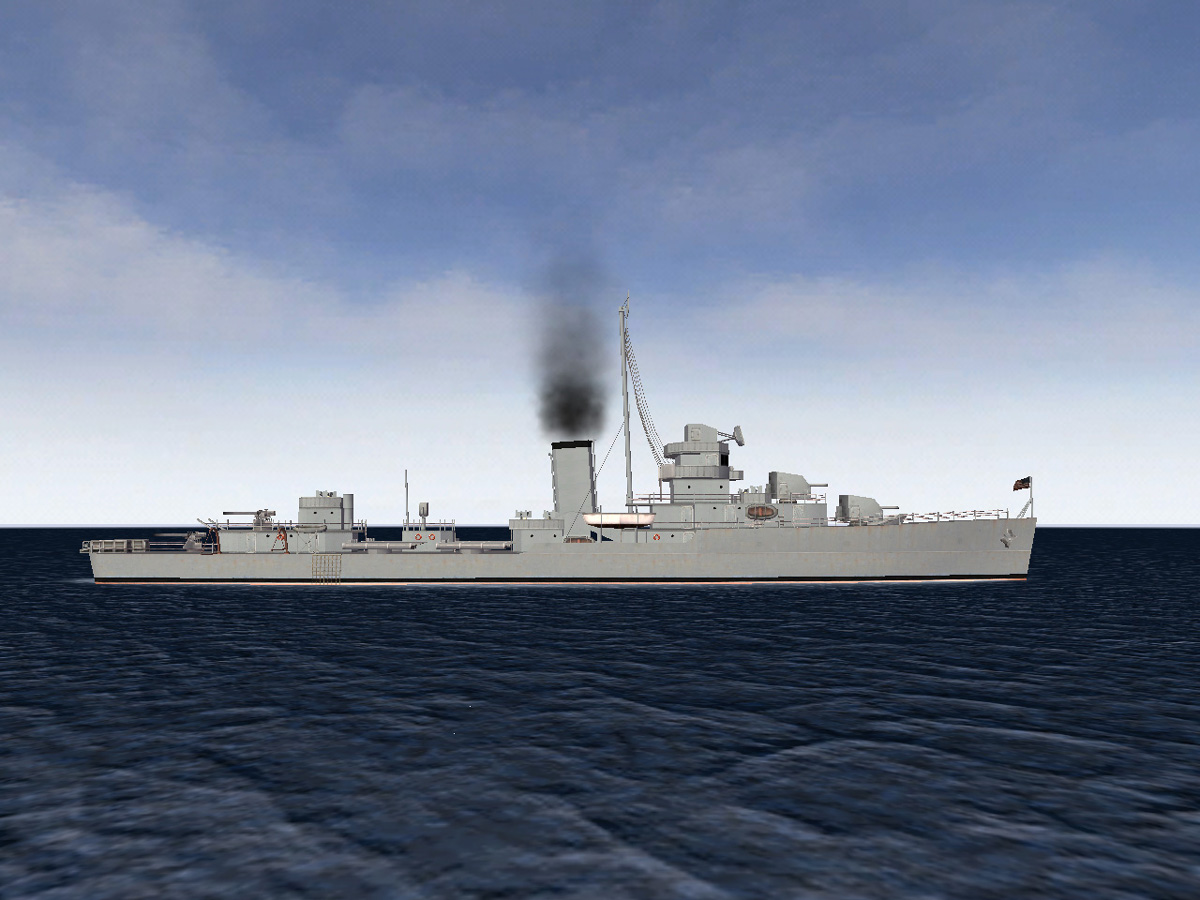 These three destroyer classes are all very similar in layout and armament. All ships served in the second World War, those who survived were scrapped or sold almost immediately after the war.

All three classes have in common that they are extremely fast and it‘s therefore not that easy to hit them with torpedos or bombs. You must use that mobility because their air-defence with only 4 x .50 cal MGs is again not that great compared to later destroyers. Apart from that they are armed with four turrets of the standard 4 inch/50 caliber guns, 16 torpedo tubes and depth charges. 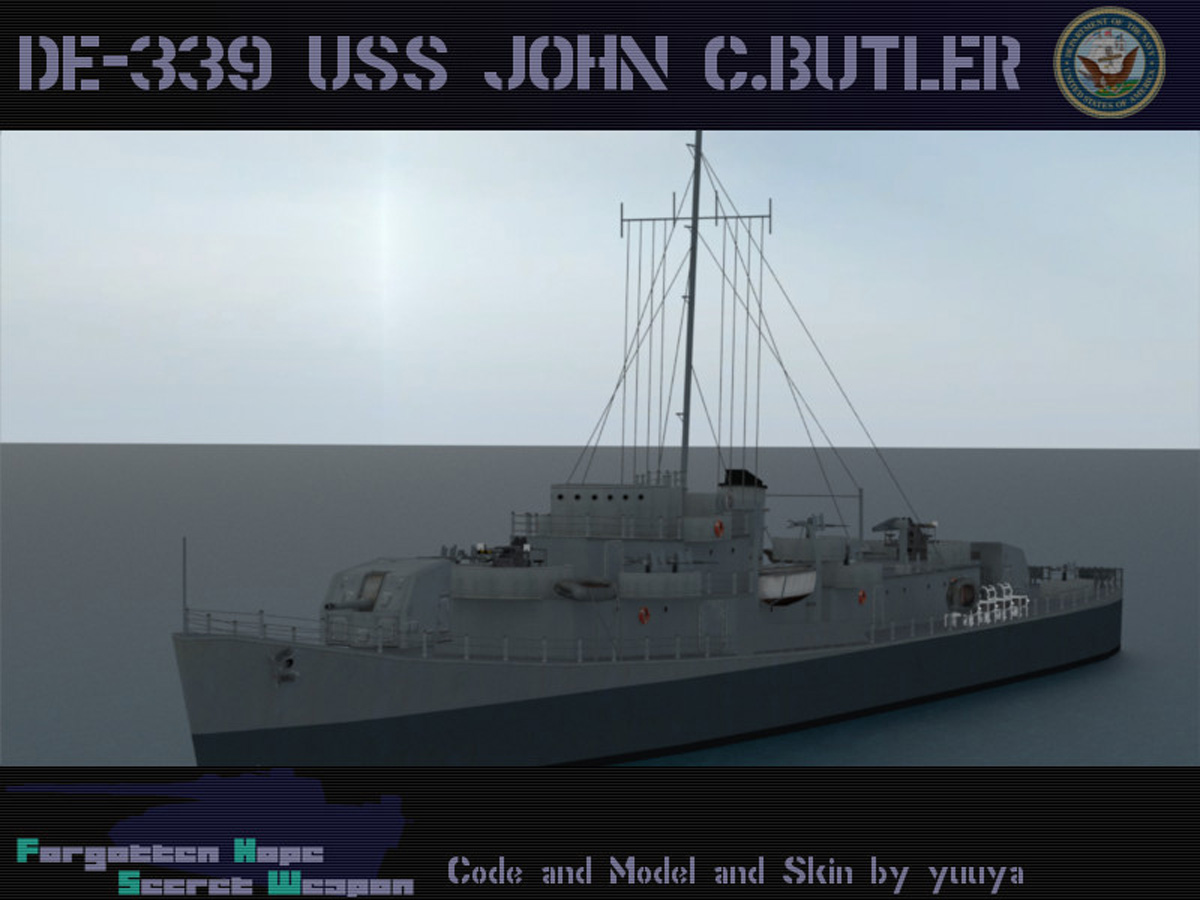 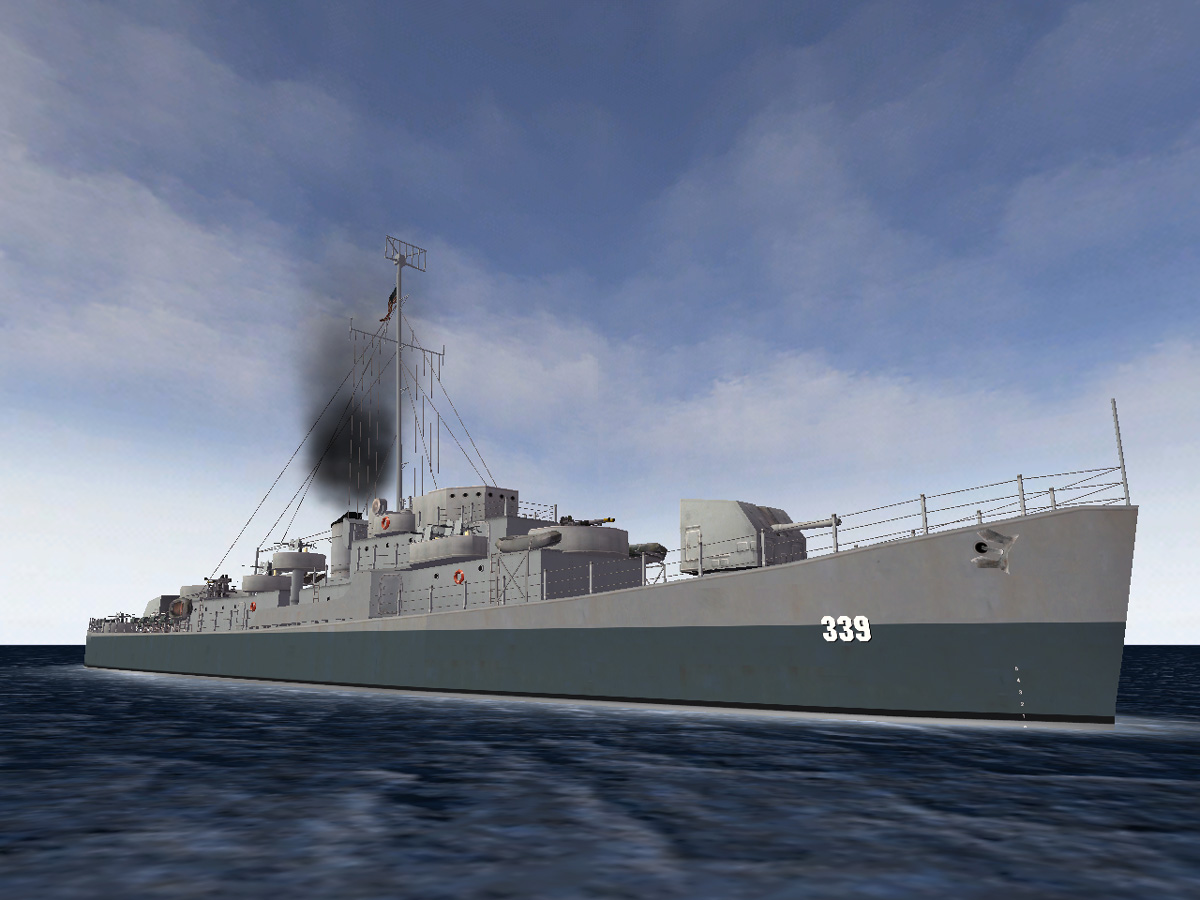 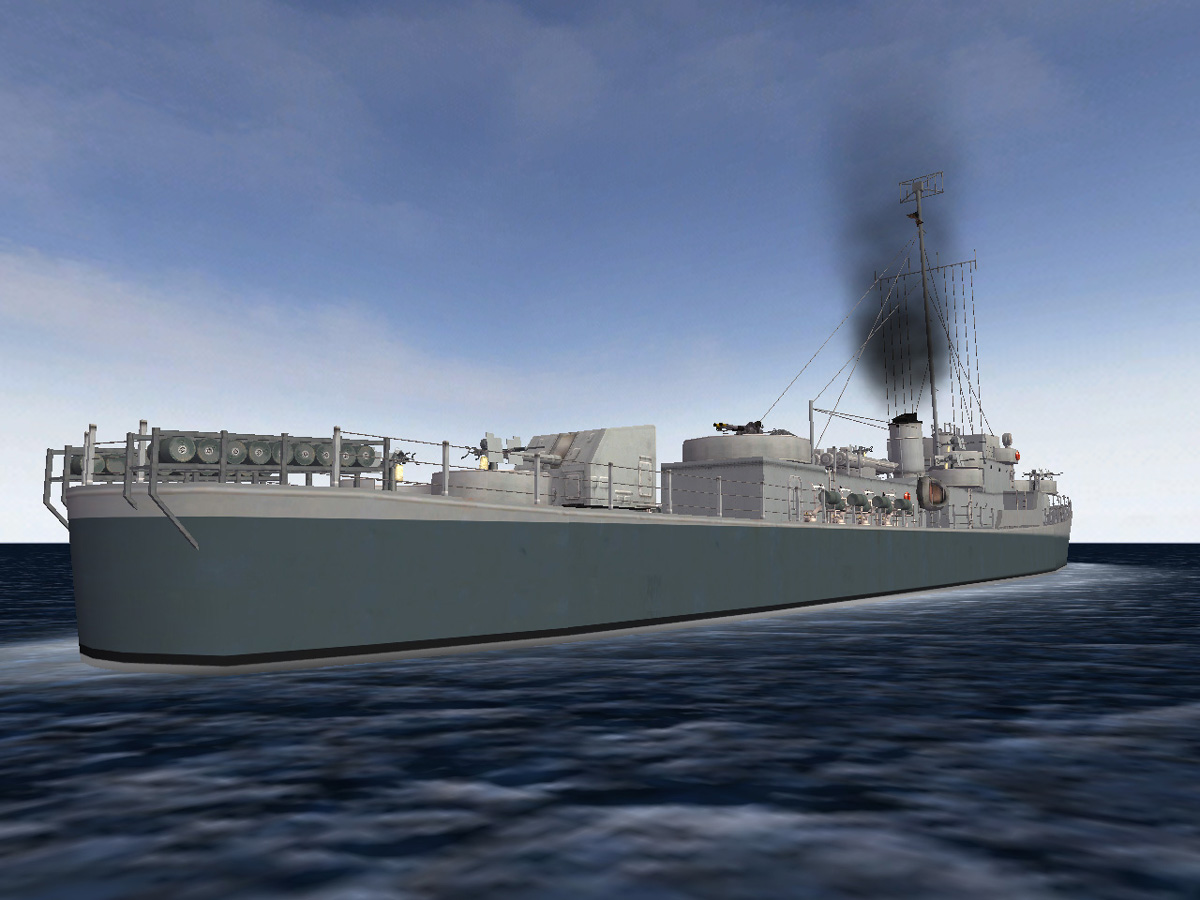 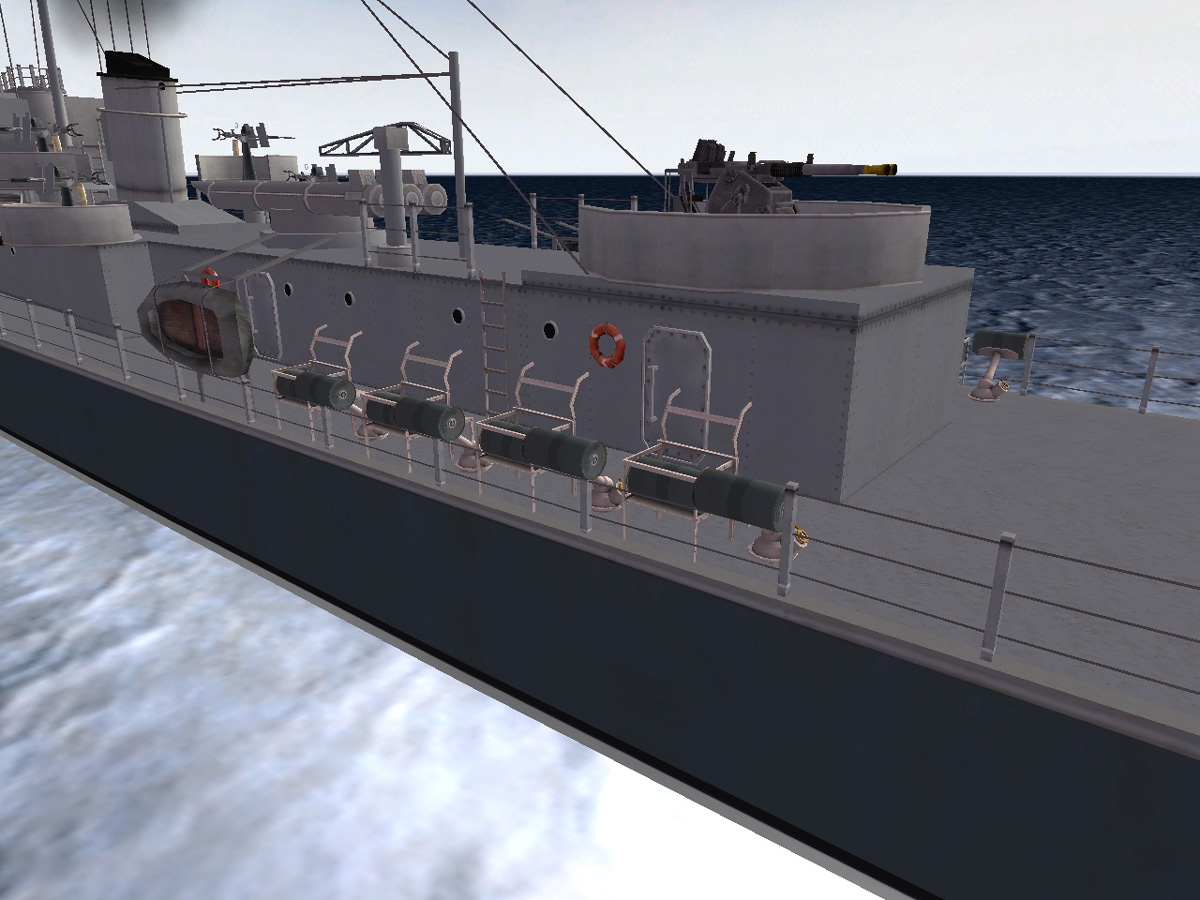 The John C. Butler class destroyer escort originated during World War II. The lead ship was the USS John C. Butler, commissioned on 31 March 1944. 83 ships of this class were built but only 3 of them were lost in action. Because it is a destroyer escort the main armament consists only of two 5 inch guns, your main duty is to defend the capital ships from enemy airplanes and submarines! For this task it has pretty good air-defence capabilties. Several 40 mm Bofors and 20 mm Oerlikons create a very deadly hail of bullets for the lightly armored Japanese planes. They're also equipped with multiple depth charge launchers which cover a great area.

I hope you enjoyed this naval update but that's not all for 0.51, stay tuned for future news.

Source for this news: Wbmuse.blog89.fc2.com

I can play FH
But can't play FHSW

My English is poor
I hope to use the Chinese

I'm sorry I don't understand what the problem is. :( Maybe you could try to get help in a Chinese forum: Bfx.tw