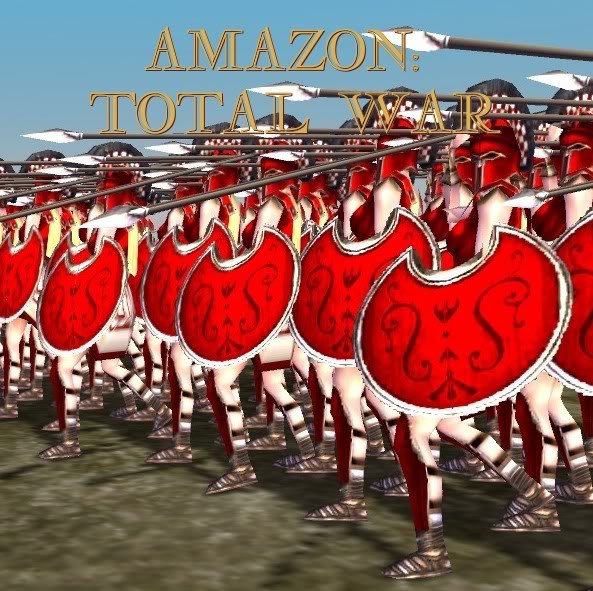 # Many bug fixes, including one of Amazonian Chariots causing a ctd.
# Used Signifer One's Animation pack to change all hoplite and similar troops to overhand attacks, removed their secondary weapons, and gave them shield wall rather than phalanx formation. Also used the animation pack to implement new animations for all archers and horse archers.
# Added Temple of Demeter to Amazonia and the Valkyrja.
# Changed name of Neo Themiskyra to Vanahemir and moved it to a new location, adding a new territory to the old location and giving it to the Valkyrja.
# Created separate EDU entries for the Valkyrja units, giving them all snow bonuses and sand penalties, as well as allowing for tweaking of the unit descriptions of both Valkyrja and Amazonian units.
# Added Mercenary Amazon Axewomen and Rebel Militia Axewomen to northern steppe region.
# Renamed internal name of Roman faction to Slavs, removing the Senate tab and allowing for emergent hordes.
# Added new territory of Gautar to Scandinavia.
# Made farms destroyable.
# Renamed Porrolissum to Sarmizgetusa and moved it adjacent to the mountains.
# Edited Campaign Script to reduce the population bonus to AI controlled cities.
# Edited the map to prevent pirates from spawning in Lake Tritonis.
# Numerous bug fixes, including new Macedon banner not appearing over empty cities, advanced amazon walls not appearing correctly on the battle map, sprites not working for many units, Gorgon camel units being recruited where they should not be available, and Gorgon Companions not being recruitable from royal stable, and bug of Iberian General using Briton General skin.
# New strat map captain models for nearly all factions.
# Made Generals recruitable.
# New Amazonia renamed to The Valkyrja, added Berserkers, Horse Archers, Amazon Warband, Amazon Skirmishers, Militia Axewomen, and Amazon Spearwomen to their roster. Removed their Temple of Ares and replaced it with Temple of Freja.
# Condensed EDU and DMB again.
# New load screen overlays courtesy of Divus.
# Added Nubian Spearmen Mercenaries.
# Made Barbarian Archers female and gave Briton Light Chariots a female crew.
# Added more Amazon names.
# Created Female Gladiators for the Romans and Rebels.
# Created new skins for Cretan Archers and Rhodian Slingers and made them a regularly recruitable unit in the Aegean by the Greek culture.