Witchess is a strategy adventure game where a young witch must use her spells against the gameMasters minions to chase and protect Poly, the last Persian cat on planet Hexon. In this alpha iteration, we made the game easier to play by adding easier play levels and more guidance levels. We replaced the water element with a shield that is easier to understand and use, and made the game more engaging by allowing players to pick up items and replenish their depleting spells. 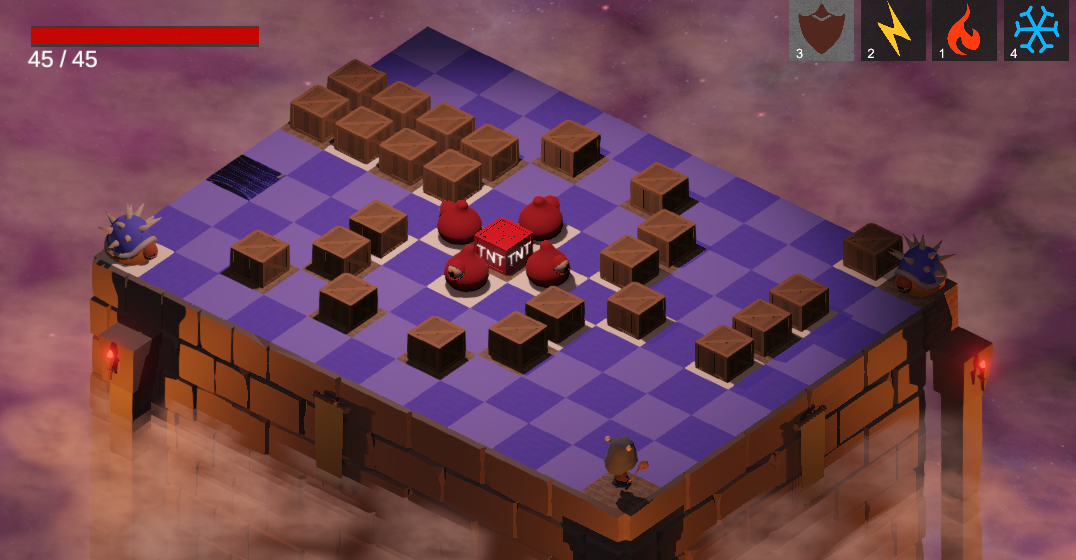 In our previous iteration, we discovered the powerful core mechanic that drives the game - a limited number of different elemental spells, each with a unique effect on gameplay forcing players to choose between pushing enemies away, protecting health, moving through obstacles or blocking enemies constantly

Here’s what we changed since then

“The game is really hard”

We heard that from multiple people. While it’s engaging to keep dying and coming up with new strategies - die too many times and the player becomes frustrated. The difficulty of our game was a result of poor level progression - it went from expecting you not know any elements, to expecting you to use all of them simultaneously, and poor guidance at some using some of the elements.

We fixed it by adding 4 levels, each dedicated to teaching the player one of the 4 elements, what it does and in what contexts to use it.We then threw in a few medium difficulty levels before introducing our previously really hard ones

The game was also hard because it punishes the player repeatedly for making one mistake by making it really hard to get the enemy off of you once it’s gotten you. We now allow the player to use electricity to knockback enemies that are right behind them

“What does Water do?”

Since our game is about recovering planet Hexon’s last Persian cat - Poly… player’s wondered why they never saw much of her in the game. So we fixed that by adding Poly to every level.

To allow players to make even more interesting decisions, by allowing them to gain depleted elements through item pickups and made the game multi-level so players experience the joy of mystery as they explore parts of the map they cannot see