A new early alpha version of Scott in Space is out and ready for you to try with a new feature, automatically adjusting zoom.

Zooming in and out is a new feature in Scott in Space. A few friendly pepole who tested the very first early alpha version of this 2D platformer reported that it's sometimes hard to see where you go.

Instead of implementing a classic look-up-and-down feature that would have required additional keys in use (which is not a good thing to go with for a game that will be available also for mobile devices), I created zoom out zones that... yeah well, guess what they do! 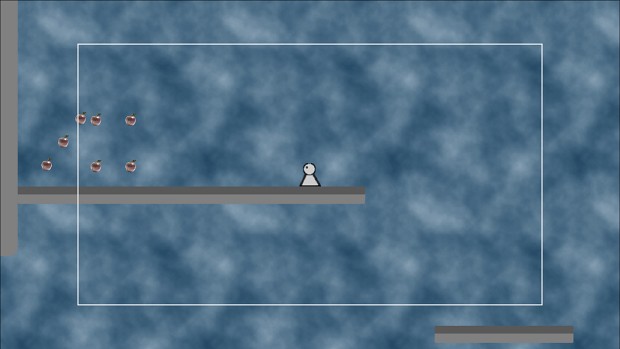 The white frame shows how much of the scene you would have seen without the new zoom feature. 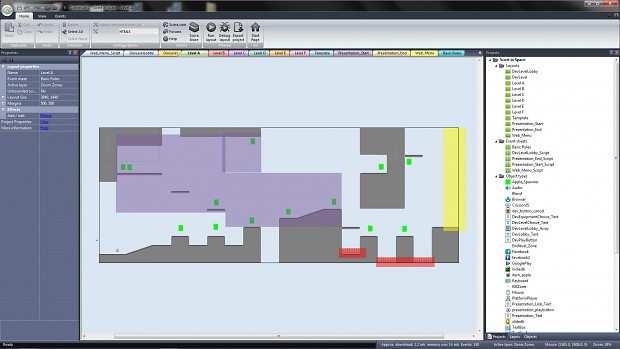 The purple zones are the 'zoom out zones'

The in-editor shot of Level A shows the purple zones which make the screen automatically zoom out when you enter them and zoom back in when you leave them (red zones are instant kill zones and the yellow zone is the level win zone).

Of course I could simply have made the game constantly zoomed out, but I want to keep that feel of being close to the character. And I think the zoom out also gives some motion and depth to the overall action on the screen.

How many levels (gameplay time)? Any enemies?

Enemies will be added within a couple of days, yes. There will be several enemy types.

The game won't be linear but you can travel through places and re-visit them to find new items you need like in a roleplay game. So I cannot estimate the gameplay time yet :)