It's been quite some time since I posted any news but I have been busy with my university exams. However I started working on the game the past 2 weeks and there are plenty of news!

So to begin with, I finally replaced the player 3D model (Jill from RE) with a new custom one! The new model was created using MakeHuman which is an awesome software which I will probably use in the future as well. The clothing is still WIP and I am planning on replacing it but at the moment I am very satisfied with the result. 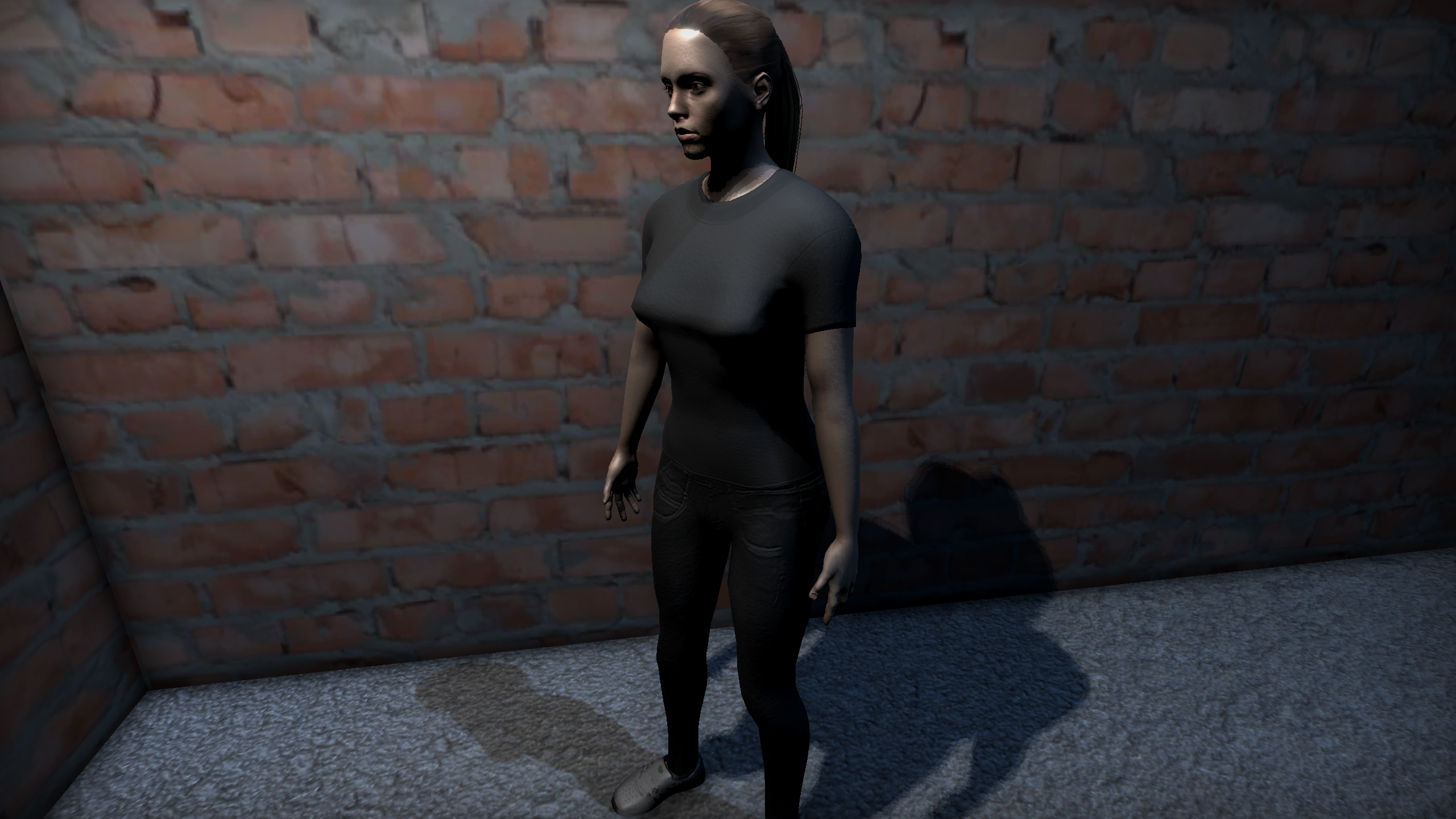 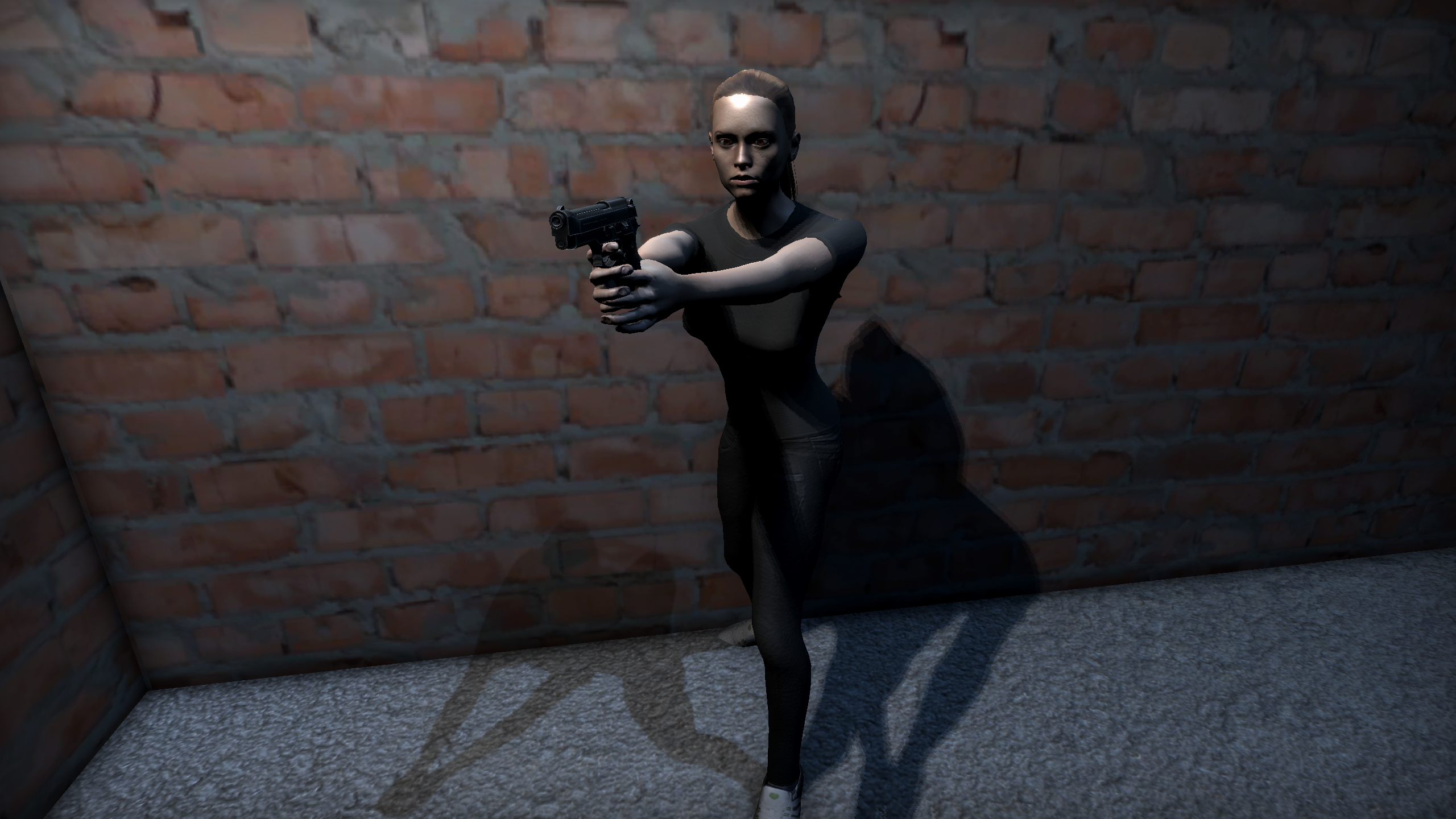 So, the next new thing are the animations. I remade the whole animation system so from a programming perspective there's more freedom in the future in adding more animations. The whole animation remake happened because I have been trying to create a handgun aim and moving animation properly and I ended up remaking it as a whole. The animations are still WIP but it's looking much better now and also you can now walk and aim/shoot which is awesome! Moreover I managed to create a head tracking system which I will probably use in the future so that the player's head will look at objects on specific occasions. This might also help as a "hint" system. Here are some gifs to see it in action.

Note : The cursor isn't visible in-game. (it's there because I captured the gifs in the editor)

Another important thing I did, is that I changed the camera system. I totally removed the top down camera mixed with fixed angles and I only kept the RE camera style with the fixed angles like you can see in the gifs, but now exterior is like this as well.

Apart from all the above, I also added a "Book Reading" system. It's very simple at it's current state but finally I can add some stuff you can read and in the next version you can read and find out some of the game's story. Speaking of story, I do have a basic story in mind but I keep adding more to it and you can give me your opinions in the next version. Here's another gif to show the system in action:

Furthermore I created a "floor" system so that now, proper footsteps sounds will play depending on the place you are walking.

One more thing I've added is that now when you aim, the player will automatically turn to the nearest enemy which can be useful!

That's all of the important things I've been doing, but apart from these some other things is that I am now using the Global Illumination lighting technique in my levels so that they look more realistic. I've also replaced most of the object's materials to be more realistic and fixed many various bugs as well.

That's all for now, stay tuned for more updates!