This is a big update, so go make yourself a cup of tea and then come back and read the patch notes! 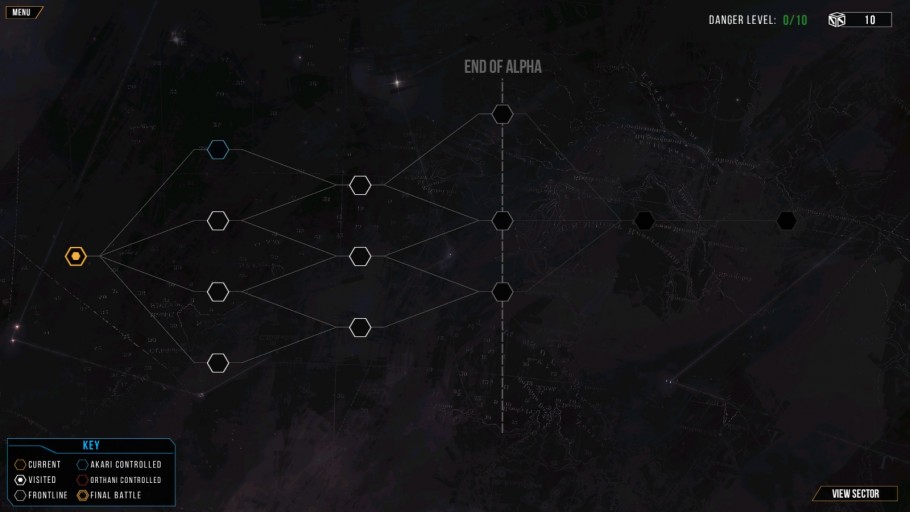 Previously, there was only 1 sector of space to play through – we’ve now unlocked the Galaxy Map which will give you access to more content when you “exit” the starting sector. There are now 3 sectors opened in total with some more coming later this month. We had hoped to have the save feature ready for this patch, but it’s still being worked on so that should come with the next patch – apologies for any inconvenience until them. 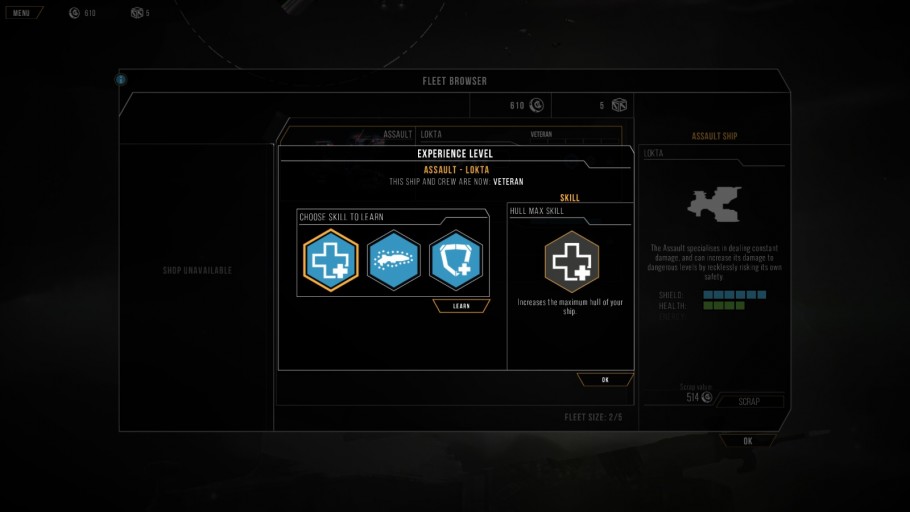 One of the most commonly asked for features has been unit experience and we’re happy to announce that we’ve added an experience system to the game. As your fleet progresses through the game, your ships will gain experience and level up. When they do, you can choose skills for them that will quite significantly improve their performance in combat.

Missions now have a chance to result in a new ship as a reward. This, combined with the new content that is now available, will allow you to experience the game with more ships in your fleet than you had before.

We’ve added “Defence” and “Escort” mission types to the game. There are several versions of each and they are further randomised the same way existing mission types are. Let us know what you think of them.

We’ve listened to the feedback from players and made a number of improvements to ships and combat. This guide to A’Kari ships will give you some details on the new stats. The main changes are:

With these changes, we hope to have toned down some of the extreme situations where your fleet dies too quickly (for example, if an enemy fleet spawns with multiple Rogues or Lancers). We’ve got a host of new attachments still to be added to the game in future updates, but we’re generally pretty happy the combat is nearing where we intended it to be. There’s still some tweaking to be done though, so please let us know your thoughts on the changes in today’s patch.

Full patch notes can be found below…

One or more enemies may spawn on an Escort map but not route to the player. As triggering the ‘next phase’ of the map requires all currently spawned enemies to be dead dead, find and destroy those stationary ships and the game will progress again.

As always, we’d love to hear your feedback on this update either on our forums or on the Steam community. You can also check out our Development Roadmap for an idea of what is still to come.

Wow, that was a big update. Keep up with the good work! :D