A new Project Sonnensystem update is coming out with a fun new trap to play with, some new FAQ items (including an invite link to the official Discord channel), and GUI toggle that enables you to get some nicer screenshots.

The new trap, the Gas Trap, is pretty simple to wrap your head around. 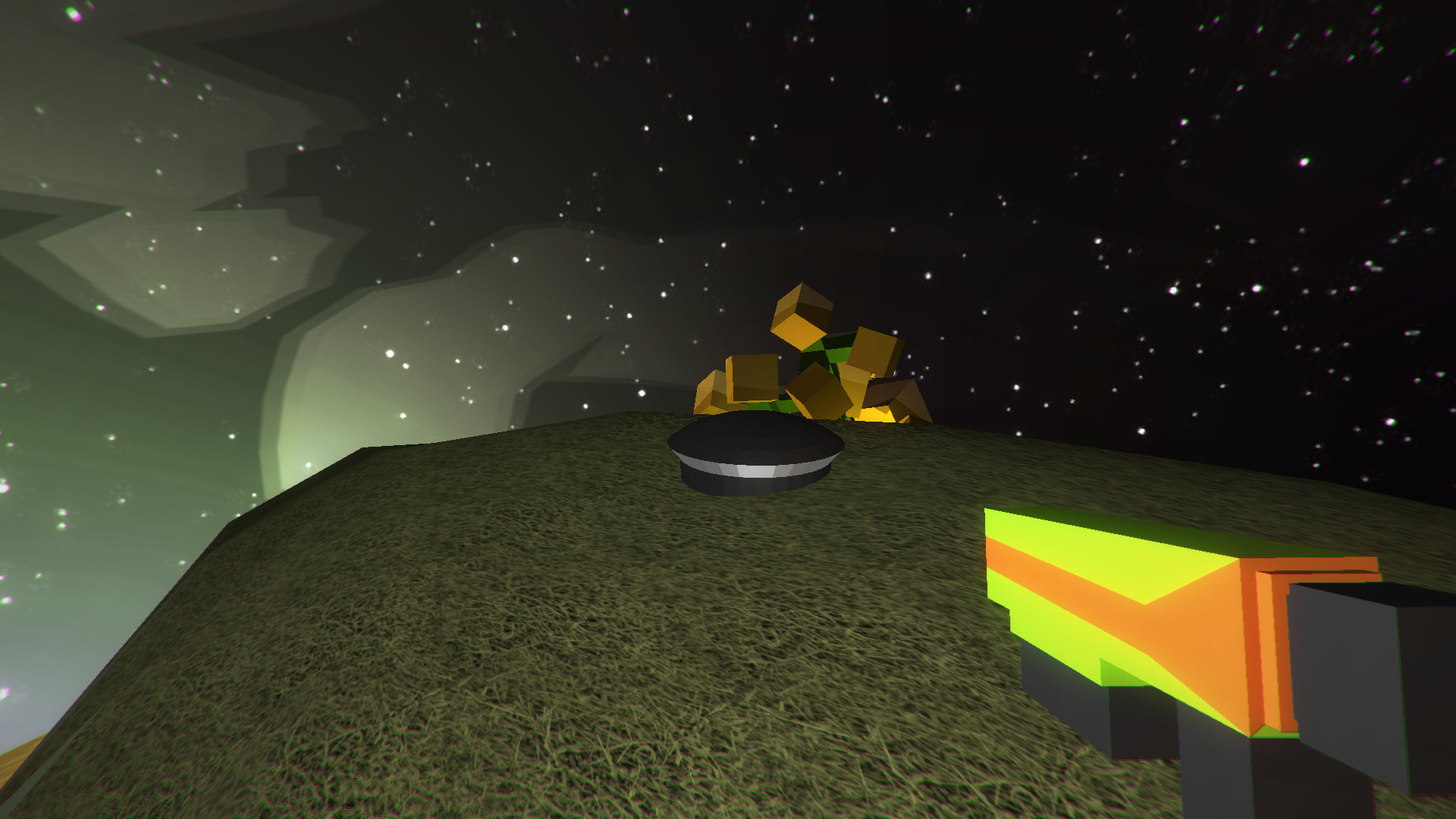 Once placed, it has a ten-second arming timer, before being ready to go. When it activates, it slowly damages all players in a 25-unit range, meaning it's a good way to force someone to move, much better than lighting a fire at their feet.

It also activates nearby traps in range, so you can chain more Gas Traps together, potentially, with enough traps, you could render an entire planet temporarily uninhabitable. Definitely not a sweet surprise.

There've been some bugfixes, as well; for instace, the Big Planet that I've used so excessively in the marketing docs, was still set up to support a universal Portal that people could win the game with, as was the original game concept.

The GUI-hiding function is mapped to F1 by default, and lets you get more cinematic screenshots, especially when in a starship; the multitool still shows on the ground, though I may make an option to disable it's visibility as well. 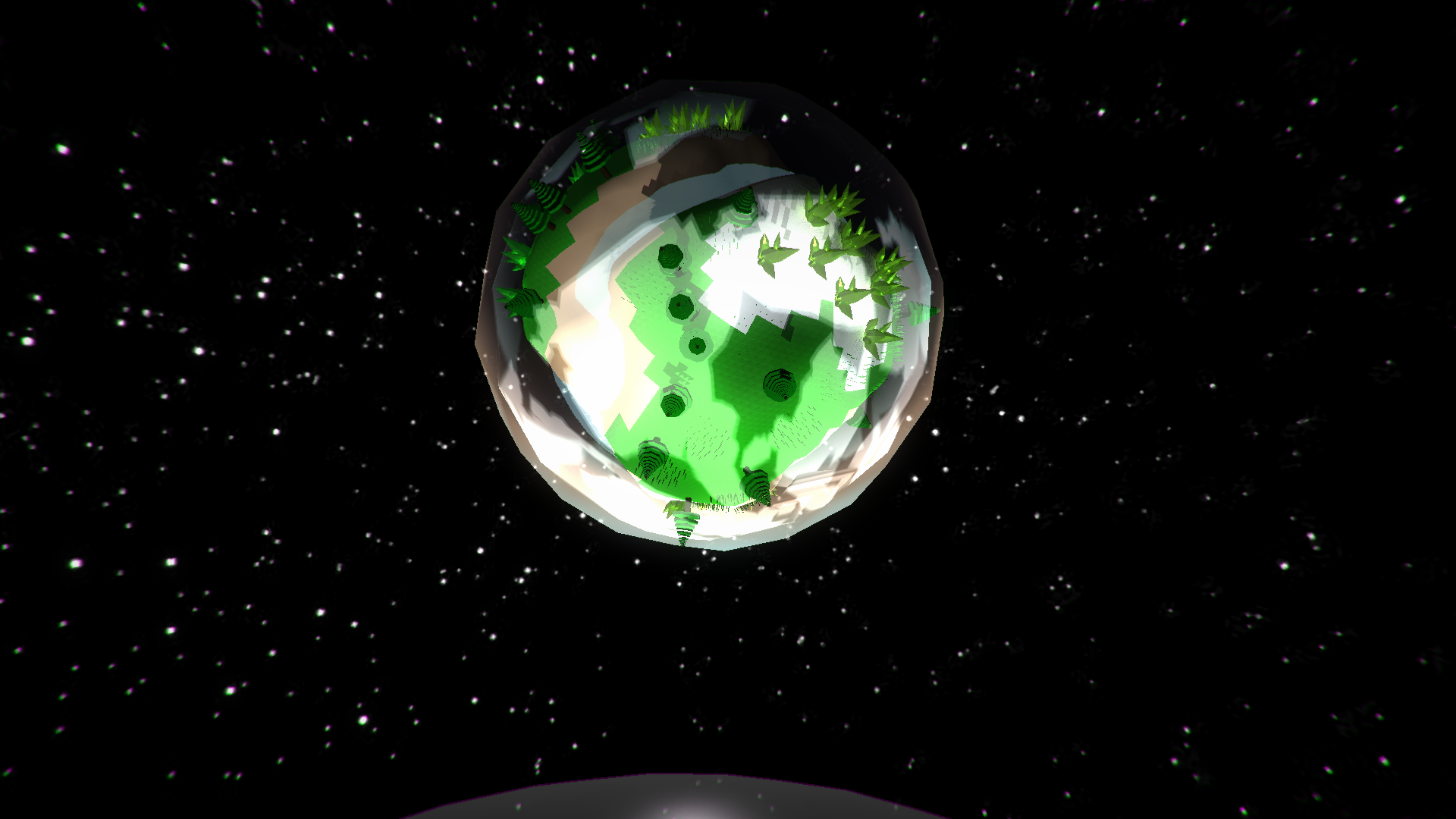 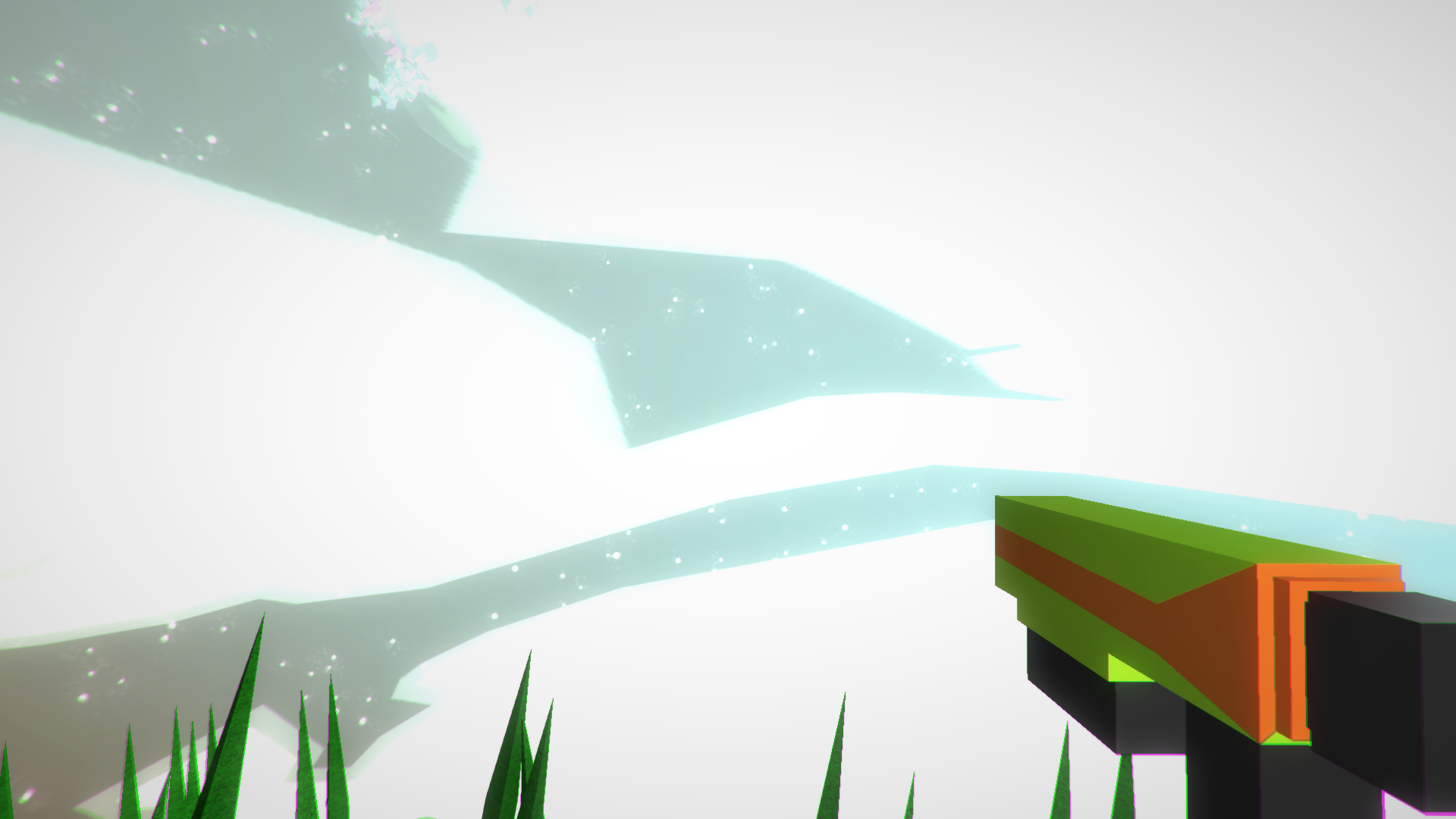 Finally, I'm really trying to push to get people using the official Discord channel. It makes communicating with me, fellow players, and potential match hosters a lot easier than it has been so far.

There's an invite link in the game itself, visible on the main menu, that you can copy and paste into a browser to join the server. Once you're in, send me a PM in Discord itself (there's an easy messaging system) to verify your key ownership/access tier, and I'll update your Role on the server to Alpha Tester, or whatever your tier would be. The generic "everyone" role doesn't have write access in any chat rooms, nor does it have access to voice channels, just so I can cut down on spam for the time being.

There's a bot built into the server than enables simplistic matchmaking, too; as players, it's easy enough to use and there's no security worries for you, but it could be worrisome for hosts (you have to put up a public IP address for people to connect to).

For hosts, this is the first thing to do, go into the #matchmaking channel and run the !hostinfo command. The first argument is server name, and it should only be one word, as I haven't made multi-word names possible yet, still trying to figure that out. Second one, the "REDACTED" in this example, is your server's IP address. If you're running from home, this is just whatever you'd see on the "what is my ip" Google search. Third and final argument is the server port.

Once you've saved your info, go to one of the main rooms, like #general, and run !saveinfo to make sure your server info's been saved to the file.

Finally, you can use !hostOff to remove your server from the list at any time. Do this if you quit the game, or start the server proper, and leave the Lobby.

But, chances are, all that's TLDR for you, if you're a player who just wants to get in-game. Good news for you, then: It's super easy to find out what lobbies are open with a simple command. !lobbies.

All in all, the Discord makes life a lot easier, and I'm excited to hear what people think about it. I'm growing desperate for feedback on the game, and this gives people a direct way to talk to me; I have Discord on my phone, and NEVER turn off notifications, so you can pretty much contact me at almost any time of the day, and I'll probably be there.