Here's an update on the stuff we've been working on as we check items off our TODO list for our first Alpha.

Hey folks - I figured I'd take a few minutes to give you an overview of the things we've completed recently. We're really excited because our TODO list for our first Alpha is getting smaller every day! We can't wait until our baby is in the hands of players and we're eager to hear what everyone thinks.

It's funny how small things seem to slip through the development cracks for much longer than they should. We've been doing playtests for nearly a year now and player colors have been hardcoded the entire time (based on what order you joined the match in). I finally took the hour or so to sit down and build the widget to let players pick what color they want to be!

We also completely revamped our skills system. Previously, skills were in a radial menu that came up when the player pressed a button. Now they automatically appear in a series of bars (squad-level skills and unit-level skills) when the player selects a single squad. Here's an image of a Warden using his Shield ability to protect his squad mates from some patrolling Conscripts. This ability causes all units in the same squad to run to the Warden and stay under his bubble while it's up. The shield will soak up as much damage as it can. If the shield survives long enough then the squad is healed for the amount of damage it sustained. If it takes too much damage tough, it will explode violently, killing the entire squad and damaging nearby units. 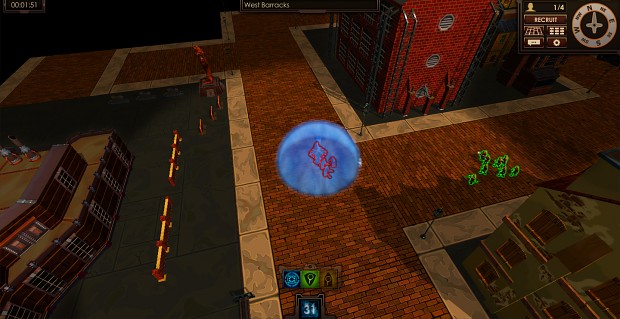 We also did a lot of work on the ingame UI in order to more clearly define goals for the player and relay information better mid-match. Holding the left alt key brings up these helper windows for any enterable structure the player's units can see. The type of information in these windows changes depending on what the structure does or the role it plays. Regular structures simply display name and health. Capturable structures display how many points are required to capture it and whether or not the player currently owns it. Tech structures display the icons for the units or upgrades that they unlock as well as faction-specific flavor text. 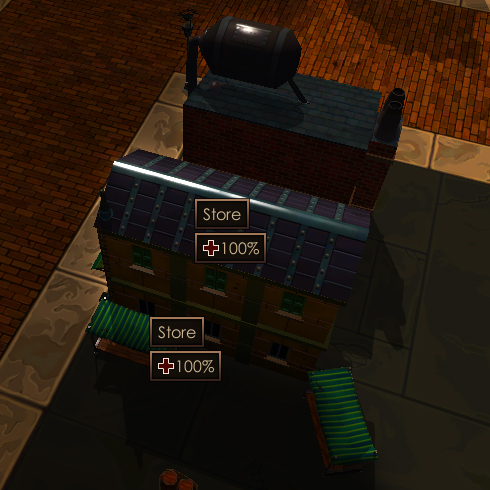 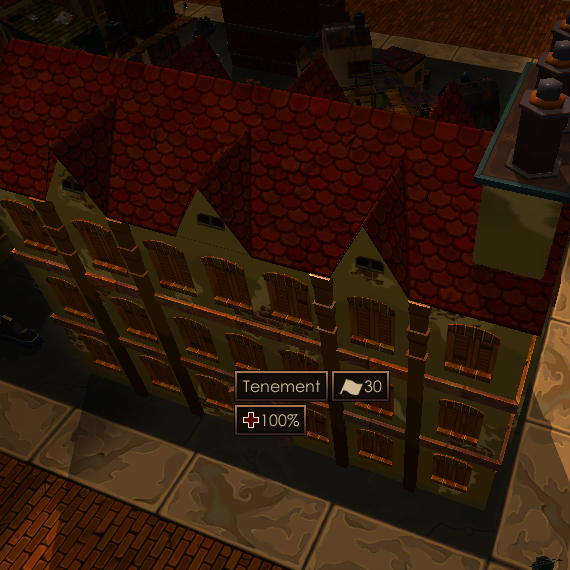 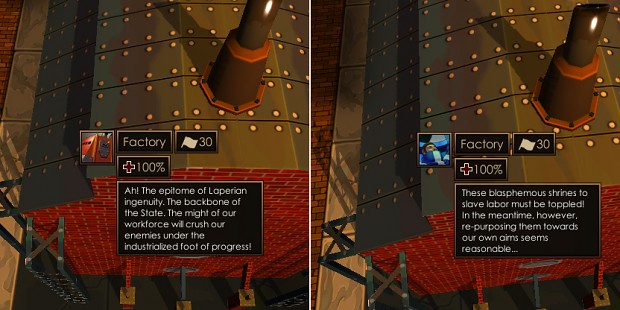 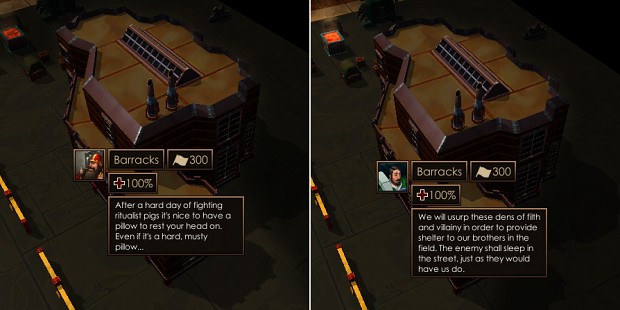 Holding alt also brings up an overlay that shows the color of the team that owns each territory. This - in combination with our last big improvement - makes navigation a lot easier.

By pressing Tab the player can enter Tactical View. This zooms their camera out and allows not only a larger view of the battlefield but also a method to quickly move around the map. However - a player will not be able to micro units into cover or use special abilities while in this view so they won't simply be able to sit up high and manage the entire match. 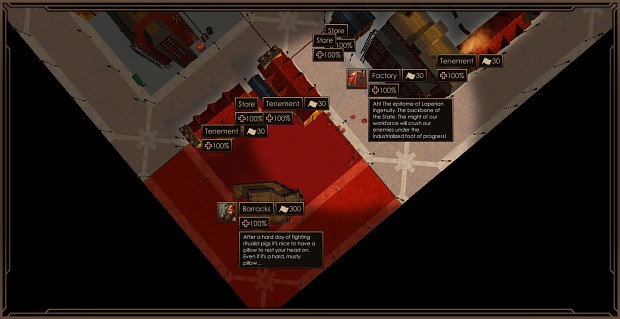 Thanks so much for reading! We're super excited to get this project out to everyone and we think you're going to love it as much as we do. If you have questions or comments leave them here or hit us up on social media (Facebook and Twitter).