Steam's Next Fest is coming soon, here I talk about my preparations and the alpha demos I just uploaded for Windows, Mac and Linux systems.

I haven't posted any article recently because I've been very busy preparing new demos for the game, this time I even included versions for Mac and Linux systems but more importantly I improved the overall quality of the demo: I added new content, features and fixed so many bugs.

I added 2 new combat scenarios, completely made by myself: a cargo/utility ship and an alien ship (inspired partially by H.R. Giger's style) that you can see in the previous video.

I added new enemies, weapons and recruitable soldiers to the game, including 2 new classes: Techno Sorceress and Void Spawn Mercenary. 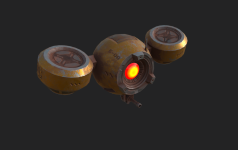 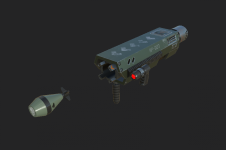 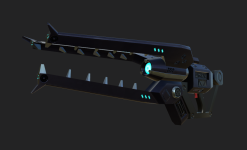 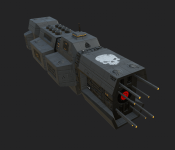 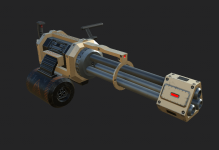 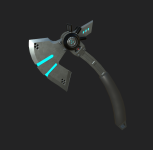 All these images are from assets I modeled and painted because I'm making an effort of getting rid of store and placeholder assets since my artistic skills started to improve.

For this demo's iteration I wanted to add more variety to gameplay so not only I added 2 new classes of soldiers but I also added new special actions for the existing soldiers. I hope to add more in the future but for now we have:

- Human Raider: carries an assault rifle and a melee weapon.

- Techno Sorceress: only carries a pistol but she has powerful "spells" for defense and offense.

I also added "Nanomeds" that soldiers can equip to heal themselves or a comrade. This item like the grenades are consumables, they disappear once used.

In the future I hope to add more depth to combat by having different types of mission objectives, a more versatile AI and fog of war so scenarios can be properly explored and traversed.

Preparing for Next Fest:

Next Fest is the new name for the Steam Game's Festival that starts in June 16. To participate in it (and hopefully gain some exposure) I made 3 demos for Windows, Mac and Linux systems. The demos are uploaded to Steam but are not public yet, that said they are public here in case you want to try them and give me some feedback:

I actually paid a couple of testers for this demo since I haven't received any feedback here or in Twitter. I'm not complaining, I know most people here are developers with their own games but hopefully this time I can get some extra feedback from IndieDB too.

Besides working in the demo and fixing any last minute problems I'm recording new footage to update my trailer (mainly because I decided to abandon the stylized shaders I was using in the last one) and I'll be working in updating my store page and try to promote the demo a bit before the festival.