The long overdue Alpha Build #3 is finally here! See the link in the Download page to download the latest Alpha Installment!

This update has been focused on making this demo feel more like a demo of a complete game. This means that we've been polishing up the existing content and adding in new features to make this Alpha build feel more like a complete experience of what the game will be in the end. 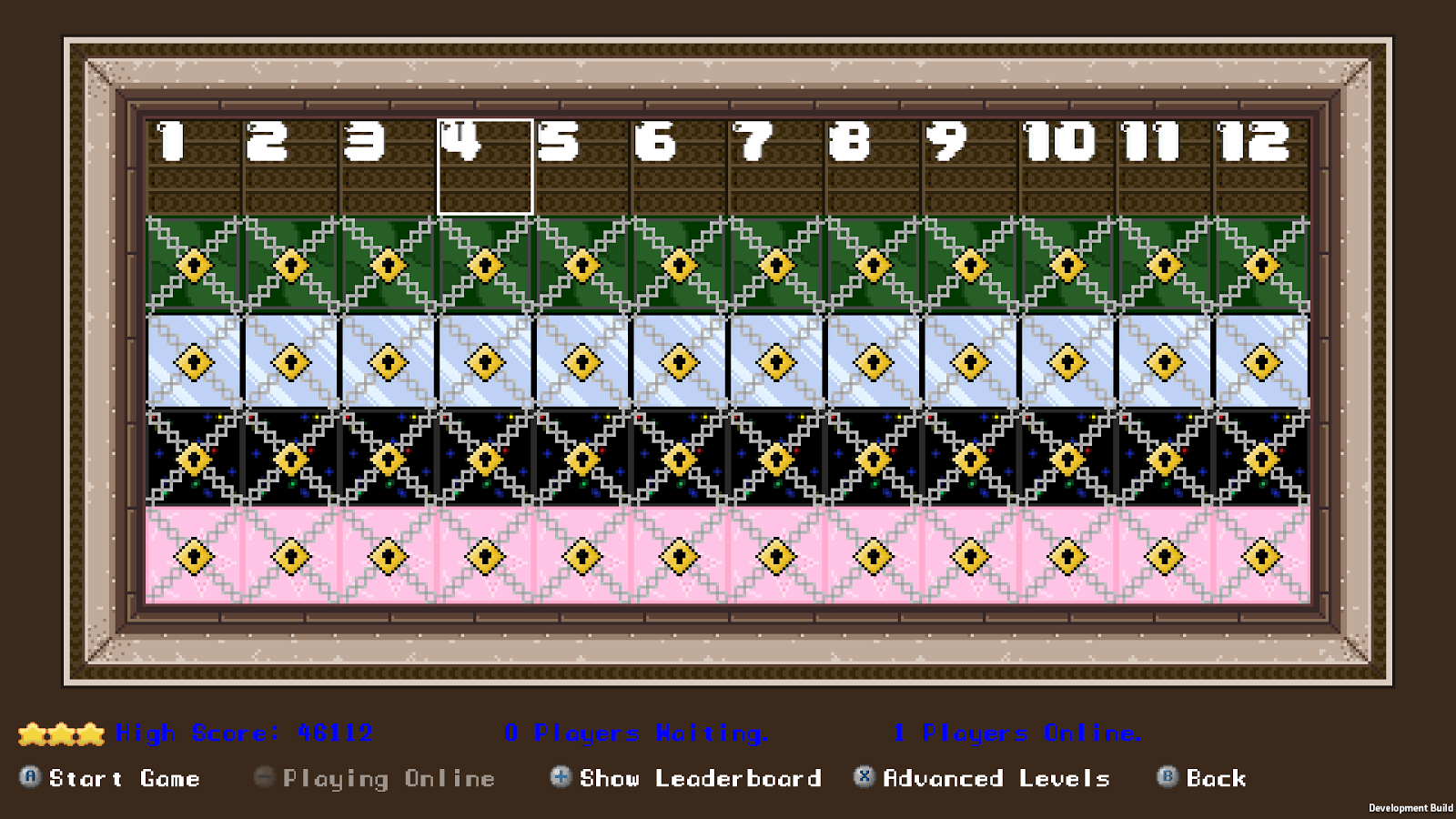 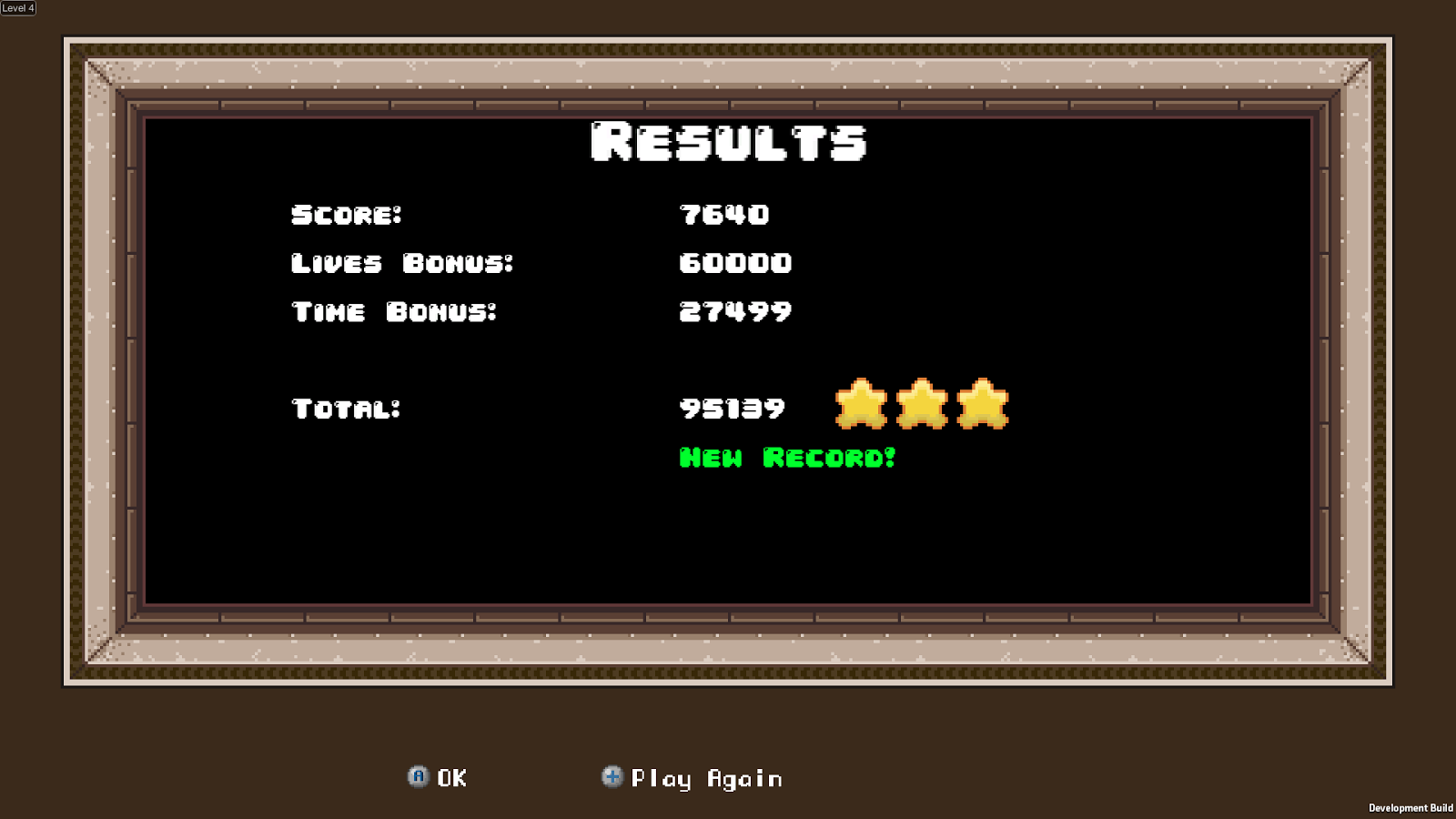 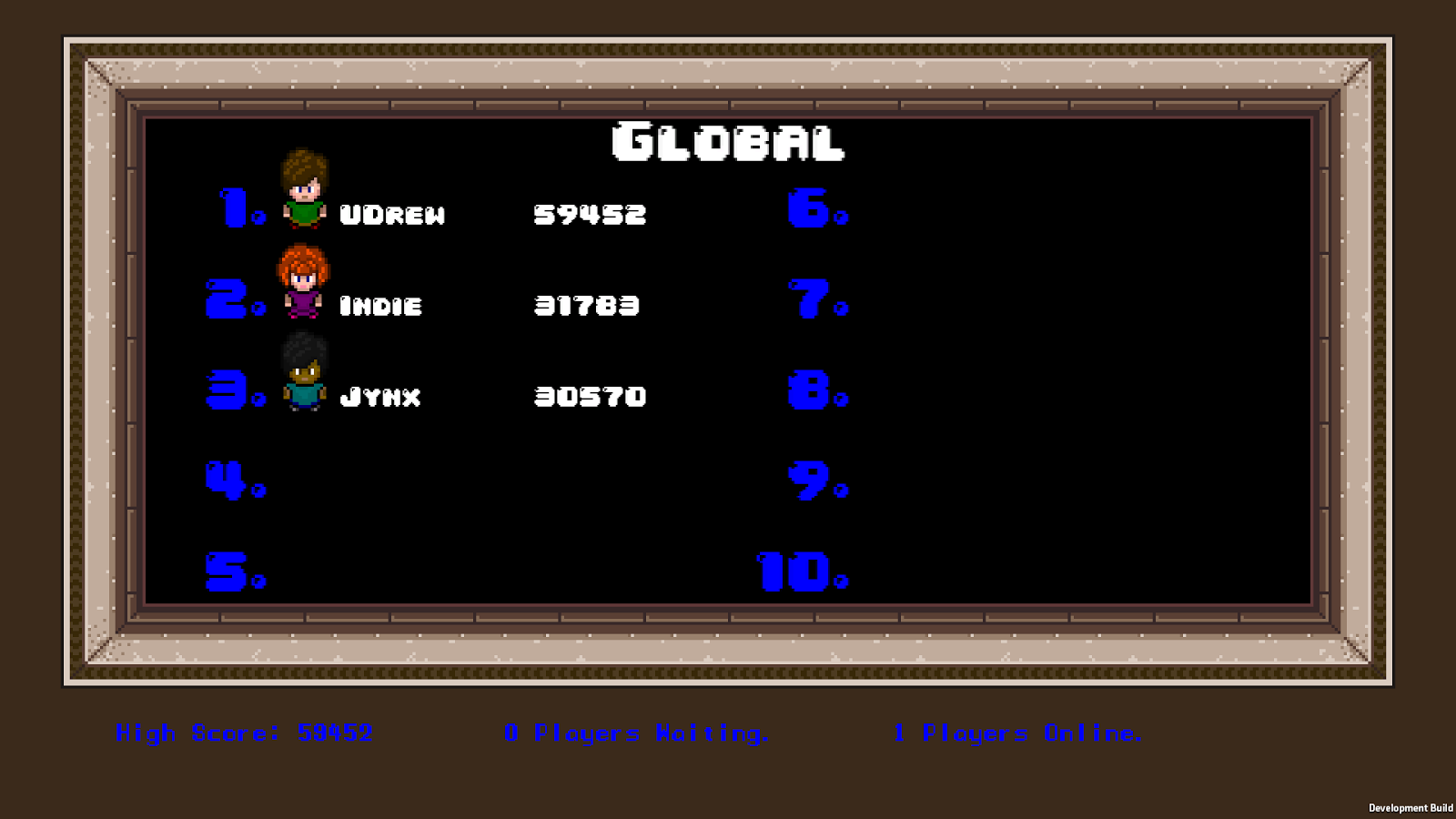 Thank you to everyone for their patience and understanding with this newest build! You all have been great and we're looking forward to sharing even more great things with you in the future!

Current Alpha Build 3 Changes So Far:
- Enemies can now get grabbed by the Spider.
- Enemies can now get stuck in Spider webs.
- Keystrokes will no longer trigger button presses while setting up keybindings or entering new player names.
- Fixed an issue with Level 23's tileset.
- Slightly tweaked Level 12.
- Fixed an issue with character animations not playing properly when respawning or being pushed.
- Bomb tiles should now properly flip tiles beyond locked tiles.
- Added new sound effects for Join Game, Leave Game, Select Character, Deselect Character, Cycle Character, and Move Cursor.
- Fixed an issue where music was not playing when the game started.
- Pressing X + Y + A + Start in game will restart the current level (offline mode only).
- Level 1 for all areas (except Haunted) are locked and unable to be chosen to play since those levels are not ready yet.
- Temporary tiles, such as the Heart Tile, will now only have a maximum life span of 10 seconds. This is to prevent them from being exploited to have a potentially infinite high score.
- Added profanity filter to names when creating/updating characters.
- Created temporary borders for unfinished areas.- Added General Level & Boss Music to Level Select as placeholder songs.
- Fixed an issue with the Hair Type field being displayed on top of the name field in the Character Customization Menu.
- Added Level Select screen.
- Added Scoring System.
- Added Leaderboard System.
- Fixed an issue where two enemies would spawn per spawner at the start of a level.
- Fixed an issue where two enemies would spawn per spawner at the start of a level.
- cupcakeyarn (Becca) and UDrew (Andrew) will automatically added as friends for all players. This is a temporary measure to test the friend system until the system has been setup to allow players to add/remove friends.
- Added functionality to quit the game from the pause menu.
- Updated art for Ice World's Border.
- Fixed an issue with tiles not showing up after starting a level.
- Went through and made sure all music/sounds play at the appropriate times.
- Added placeholder music.
- Fixed a lag issue with Bomb Tile
- Fixed an issue where enemies could spawn after a game had ended.
- Fixed an issue where the Spider wasn't picking up multiple AI Enemies when they were all stuck.
- Spiders now properly kill enemies that normally would spawn other enemies when killed (like the Zombie splitting into two).
- Changed the Level label (in top left of screen while playing) to "Level" from "Haunted Demo."
- Fixed Spider's hanging silk to be properly centered behind the Spider.
- Fixed an issue where a Spider would spawn but would stay at the top of the screen and never come down.
- Fixed an issue where a Spider would appear behind the people he grabbed while carrying them away.
- Renaming characters is currently disabled as it is not compatible with the new Level Select and Leaderboards.
- Fixed an issue where a game wouldn't end even though all enemies were killed.
- Updated default keys to include Back buttons.
- Toggle Game Mode from the Level Select screen is disabled until online multiplayer is implemented.