Posted by EleonGameStudios on Jun 24th, 2017

We just released Alpha 6.2 that focuses again on bug fixes and other improvements. We received several reports about playfield and game crashes and other, maybe related issues. Thanks a lot to all of you helping to track down these issues by sending in reports over and over again. In Alpha 6.2 we hopefully found the reason for most of the reported problems, although they might still happen in some cases. Please keep your eyes open and report ongoing crashes to our bug thread, adding the Client.log from your LOGS folder and describing which events lead up to the crash! Thanks a lot in advance!

In Alpha 6.2, we added several gameplay changes and overall feature updates. For example, the Tutorial got its own button in the main menu. This way, the Tutorial is easy to spot for new players and it won’t bother all the other players just wanting to start a new survival game. The game start has not been changed, though. Items are still to be found in your inventory and in the wreckage bases (shelters) close to the drop position of your escape pod.

There are a few new block and device additions as well! Since you can now use the spotlights for CV, we added angled spotlights with a horizontal light beam for all vessels, we added growing plots for bases that can be made from wood and concrete, we added a new fighter cockpit...and more. Also do not miss out the sound refinements!

Just check out the full Changelog below!

Last but not least: a few days ago, we added a first set of Language Forums. These new sub-forums currently include: German, French, Spanish, Russian and Chinese. This should make detailed discussions about game features a lot easier.

Please keep in mind to report bugs, direct feedback and suggestions - after discussed in your language forums - in our official bug and suggestion forums in english. :) 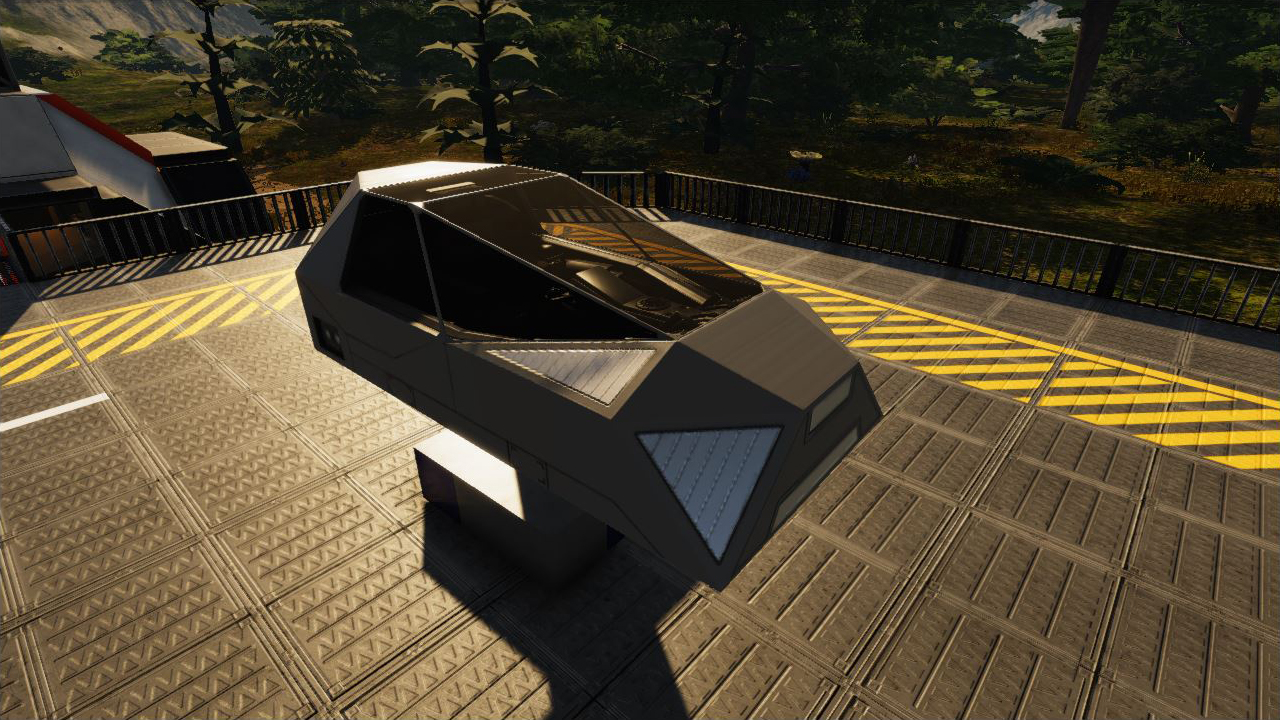 This is the sleek new fighter cockpit 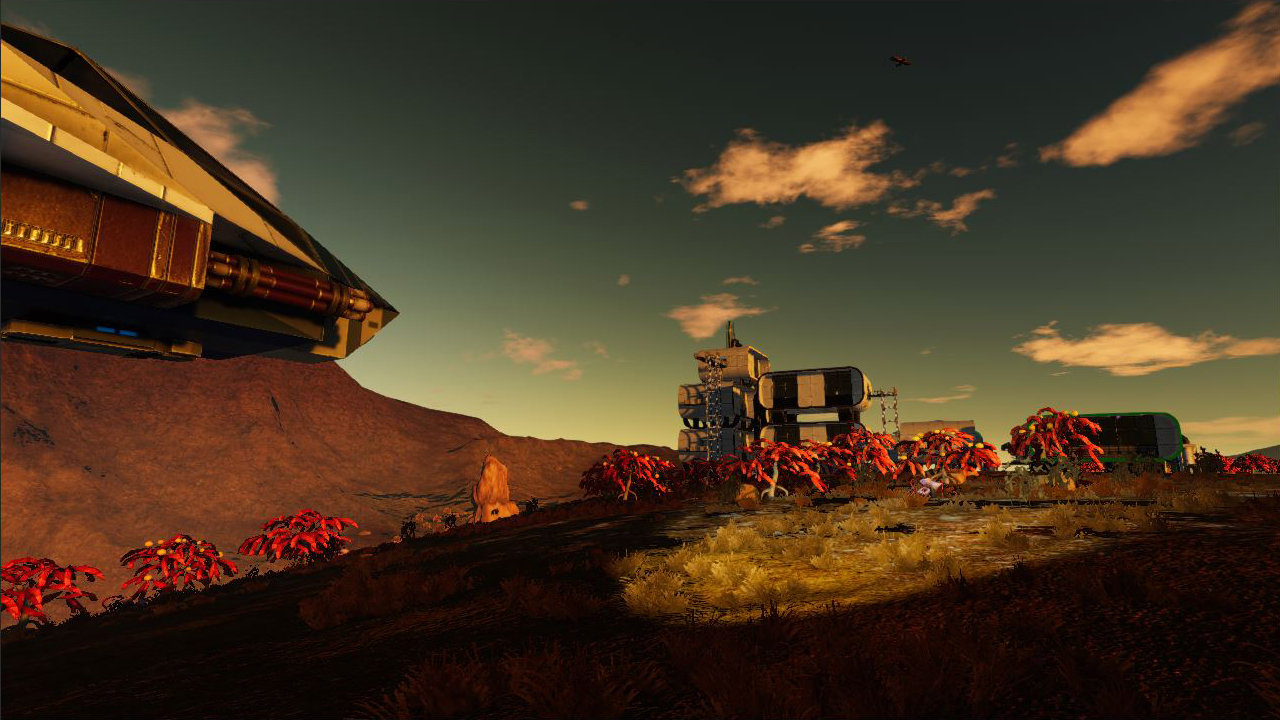 - Added wood and concrete growing plots (for BA only) 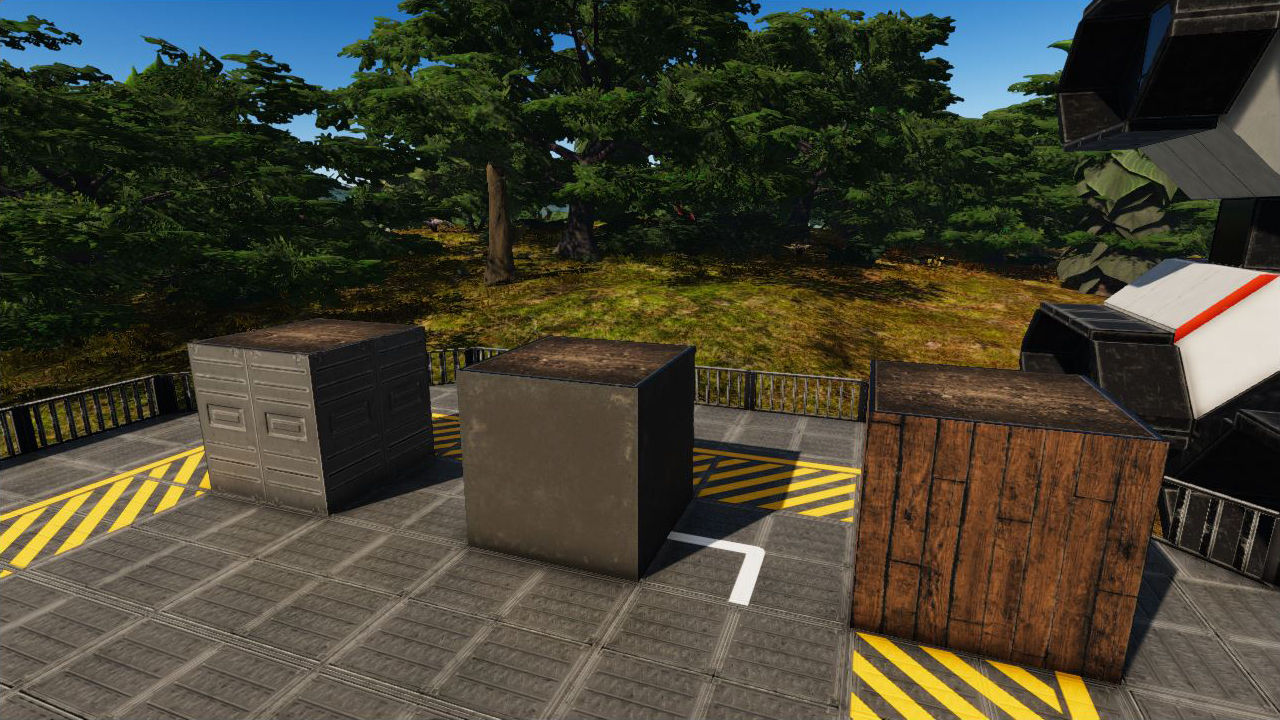 Gameplay:
- Enabled “relocate to surface” for Player Backpack (and for all dropped containers): if they fall through terrain, they will now be relocated to the surface - thus, no more lost backpacks
- Added more Corn to starting planets (changed drop of sugarcane plant: instead of Sugarcane now Corn)
- Added spotlights to block group 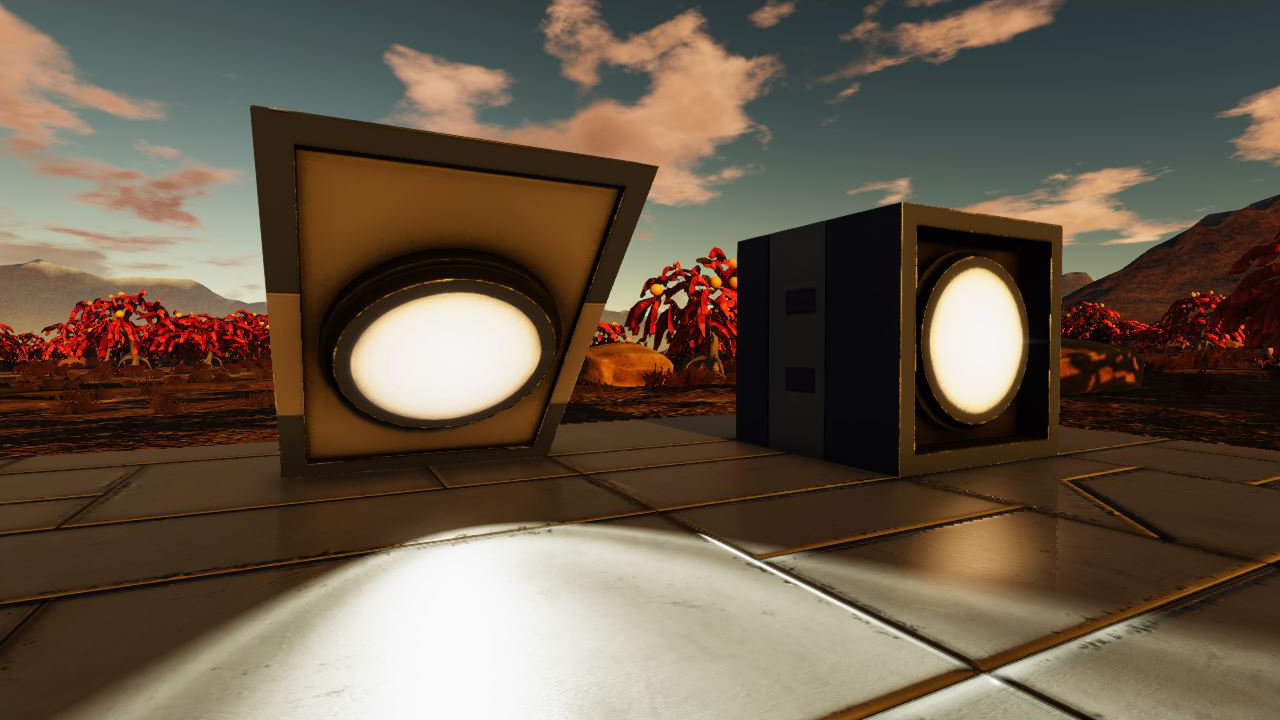 Based on your feedback, we removed the beveled edges of the spotlights

- Added better weapon sounds: snipers + shotgun + laser pistol
- Activated wind on trees when far away (before it looked strange when only the trees around the player were moving in wind) 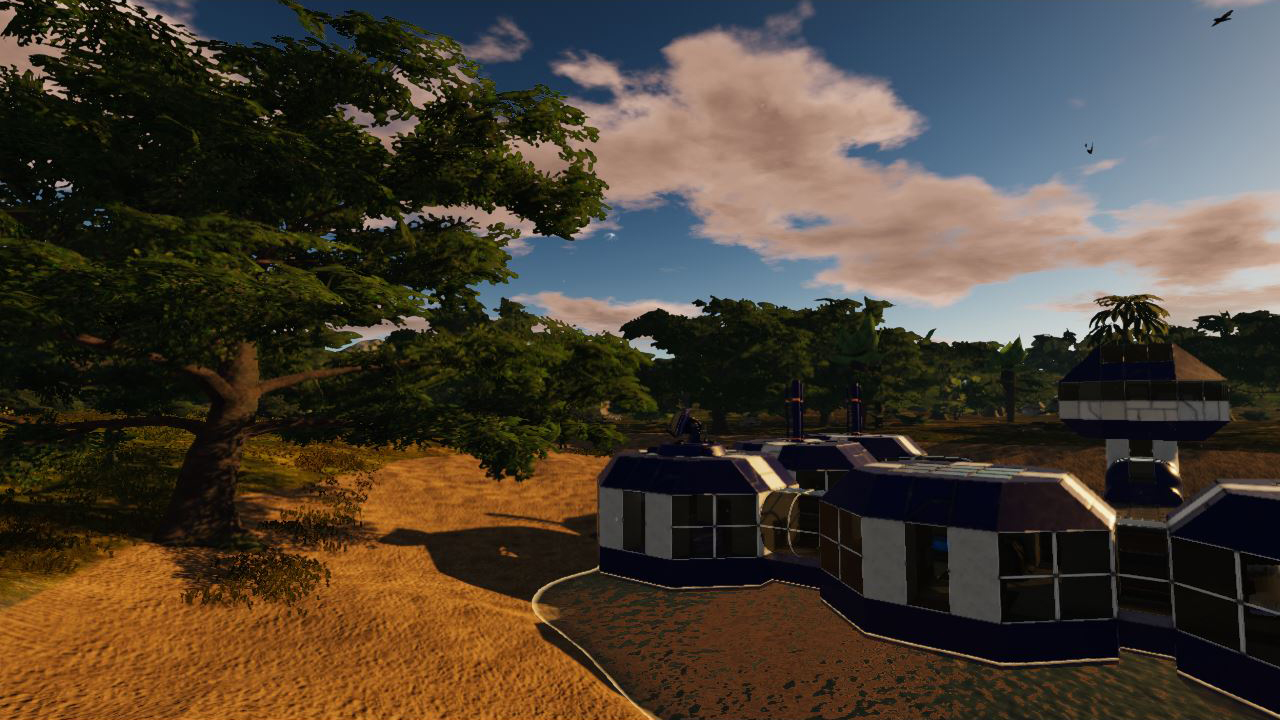 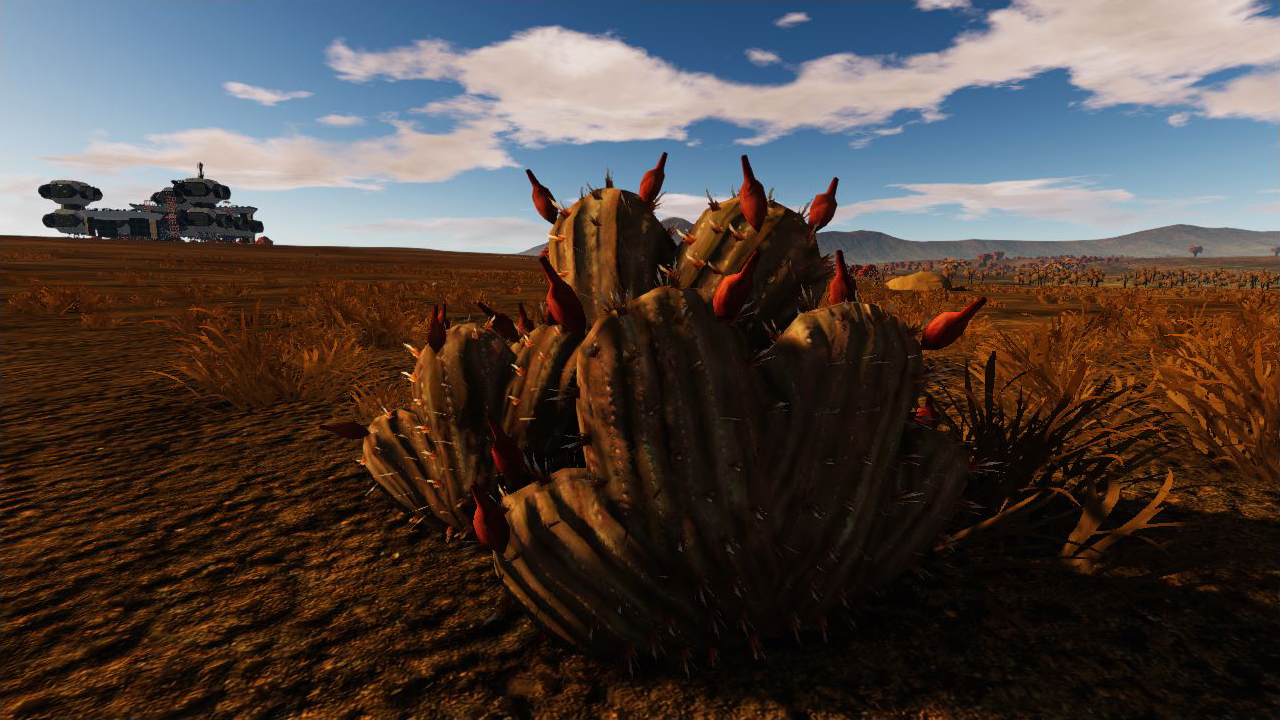 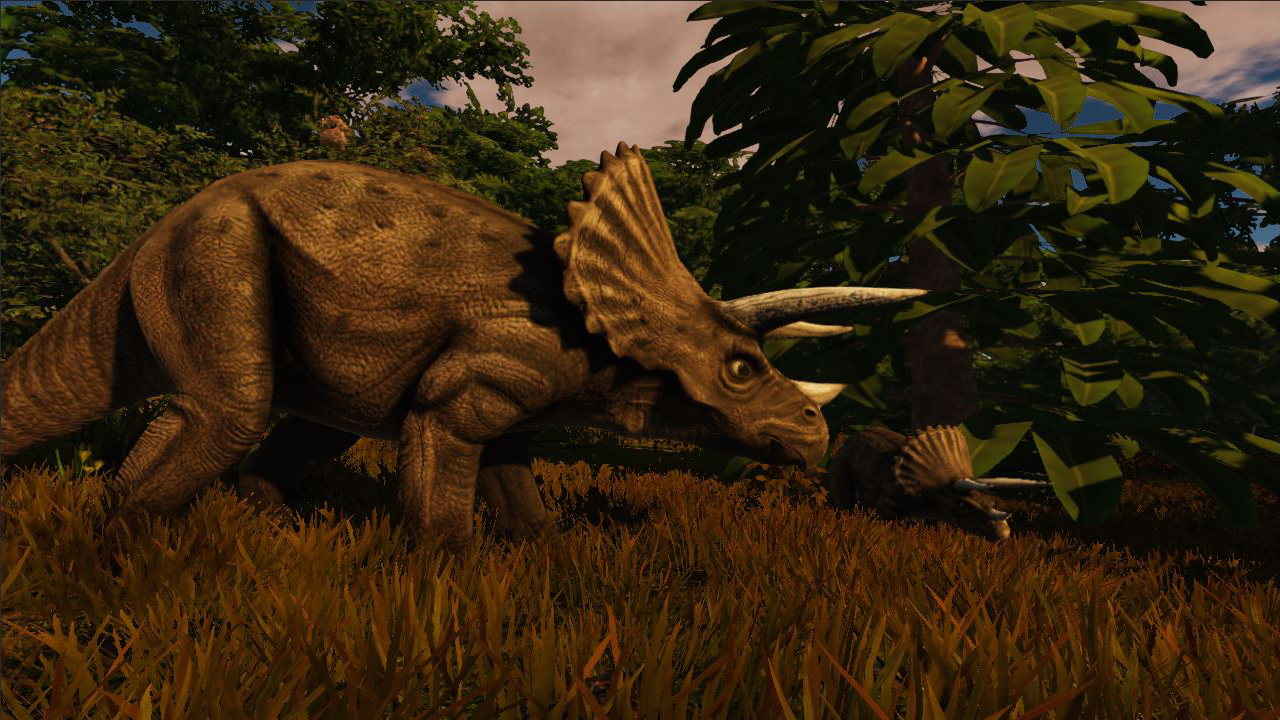 When you approach some large, non-hostile NPCs such as the Triceratops you will hear a breathing sound

Bug Fixes:
- Fixed: Playfield crash and connection lost issue (not all sources of crashes fixed but many)
- Fixed: Game crashes when looking at certain vessels
- Fixed: Stones, Rocks and Trees did not block AI fire in Multiplayer, ie NPC could shoot through
- Fixed: Black "burn marks" on terrain textures of some planets (especially Omicron and Oscutune)
- Possible fix: Infinite pickup bug > if you still find use cases, please report if SP / MP (high / low ping)
- Fixed: Invisible walls blocking the player from entering freighters, planet vessels and carriers
- Fixed: HOME spawn broken / did not spawn you in Clone Chamber or Medic Bay
- Fixed: Taking O2 and Fuel out of structure puts all in one slot
- Fixed: Mech shooting through blocks at the Abandoned Factory on Omicron > if you still find a situation where they shoot through walls, pls send us save game
- Fixed: NPCs Crawler could attack through thin walls
- Fixed: Cut down trees with the harvester module did not always work in 3rd person view
- Fixed: Can hardly paint faces of destroyed block except full destroyed blocks
- Fixed: Reception Table NPC: Computer floating / missing desk plate
- Fixed: AI Planet Vessel was moving through the red barrier
- Fixed: Thruster on/off state did not work correctly for AI planet vessel
- Fixed: AI Planet vessel sometimes tried to repair thrusters instead of regenerating itself
- Fixed: Some AI Planet Vessels behaved weird after regeneration
- Fixed: AI Planet Vessel sometimes had problems to land on platform and wiggled in the air above the landing position
- Fixed: Problem with distance calculation at which light is switched off
- Fixed: Problem with Autominer disappearing on indestructible terrain planets
- Fixed: Open Cockpit template was still in Constructor
- Fixed: Collider of Cockpit 5 (new) was too large
- Fixed: Fiber plant (Grown) only dropped 1 fiber
- Fixed: Ramp Bottom A destroyed had a floating face in stage 2 and 3
- Fixed: Thruster flares flashing shortly in certain situations
- Fixed: Typos in localisation + removed "SV" from cockpit group for small / hover vessel
- Fixed: Several internal exceptions found in output logs