Posted by EleonGameStudios on Dec 20th, 2016

Welcome to our big Christmas update! We have added a lot of new goodies and stuff, that should not only improve your game experience, but also adds new ways of enjoyment. Like the new HV drill modules and turret!

Before digging holes in any planet, please read through the full changelog below, because some game mechanics changed as well. For example you now have a real MULTI-tool with several working modes! Just hit right-mouse-button (RMB) and set it to the mode you need. Other tools that had the same function were removed. More changes can be found in the changelog below.

In addition, we made another step in making the worlds of Empyrion more vivid: the new civil POIs provide shelter (doors are set to public) and basic loot for all our explorers and survivors!

Said that, we want to thank all the testers and builders that helped to make 5.0 awesome. In particular, we want to thank all players who tested the Experimental release and reported bugs and gave feedback. Last but not least, a big thank you to all the awesome creators who contributed with their creations to this release!

If you enjoy playing Empyrion - Galactic Survival, please head over to IndieDB and vote for us in the "2016 Indie of the Year Awards":
Indiedb.com

LESS THAN 24 HOURS LEFT FOR VOTING! Every vote counts.

Server Wipe
As always for major releases, please note that we will wipe our official server in about 12h. 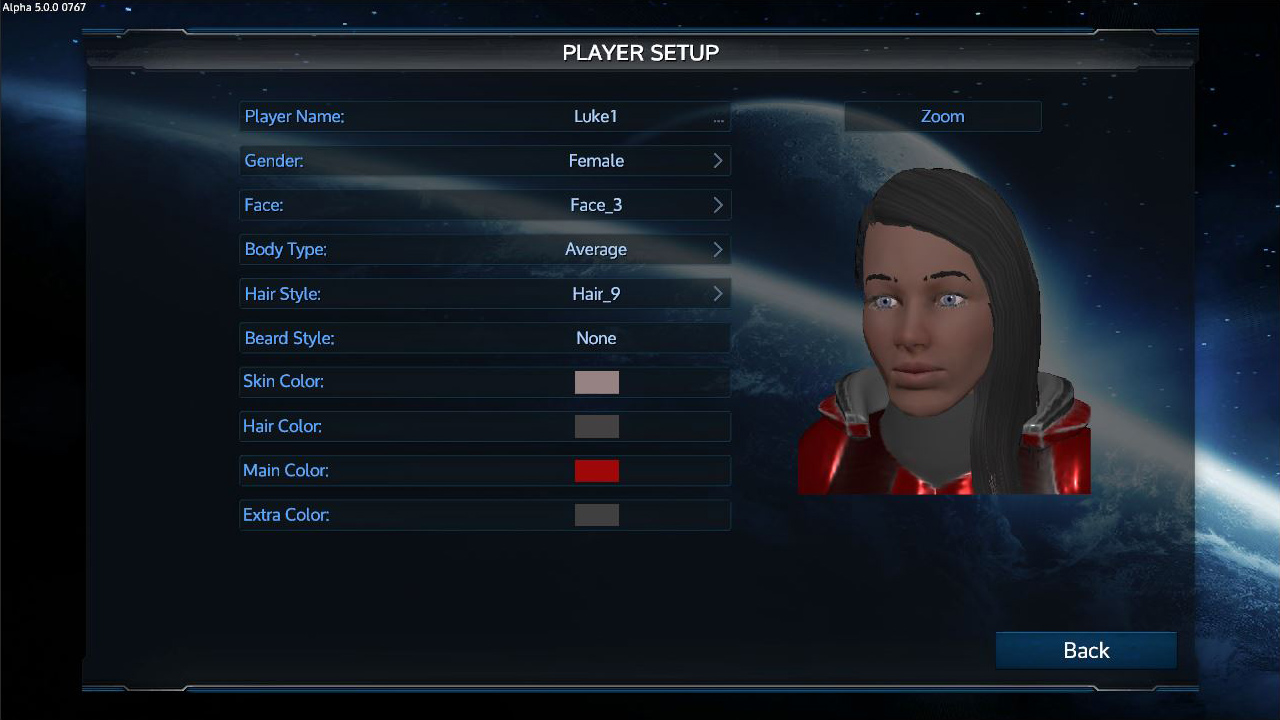 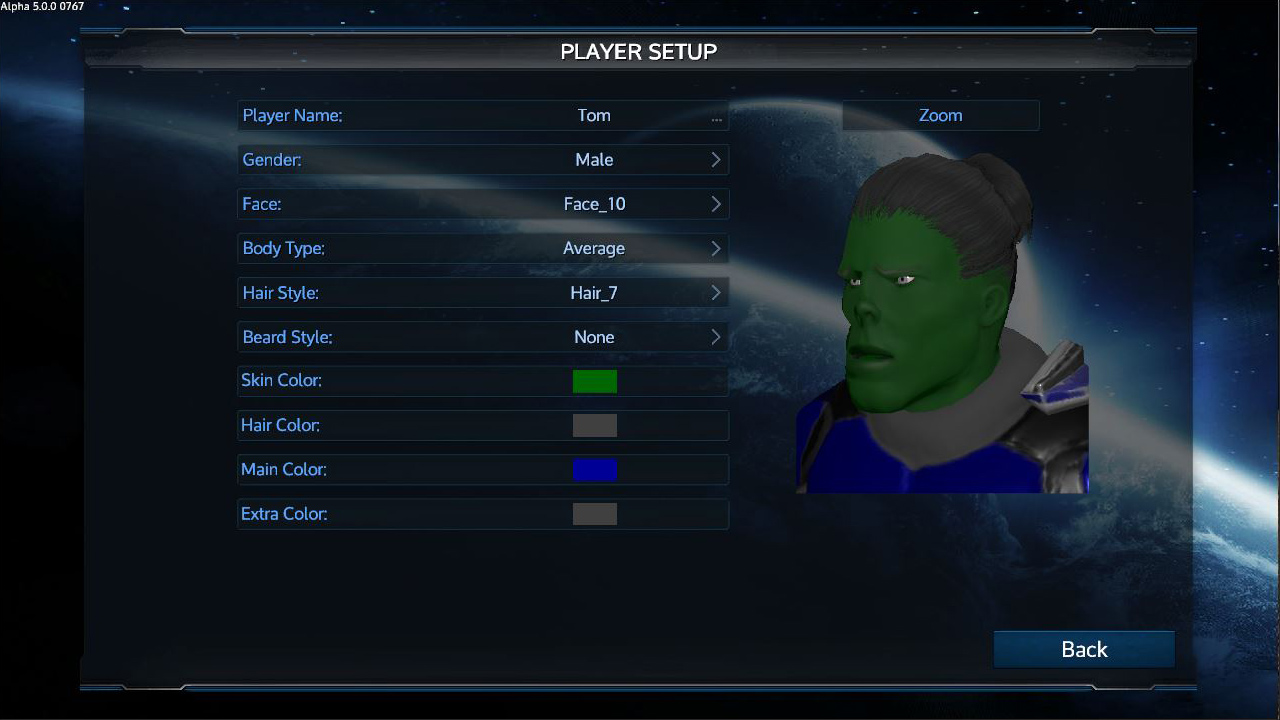 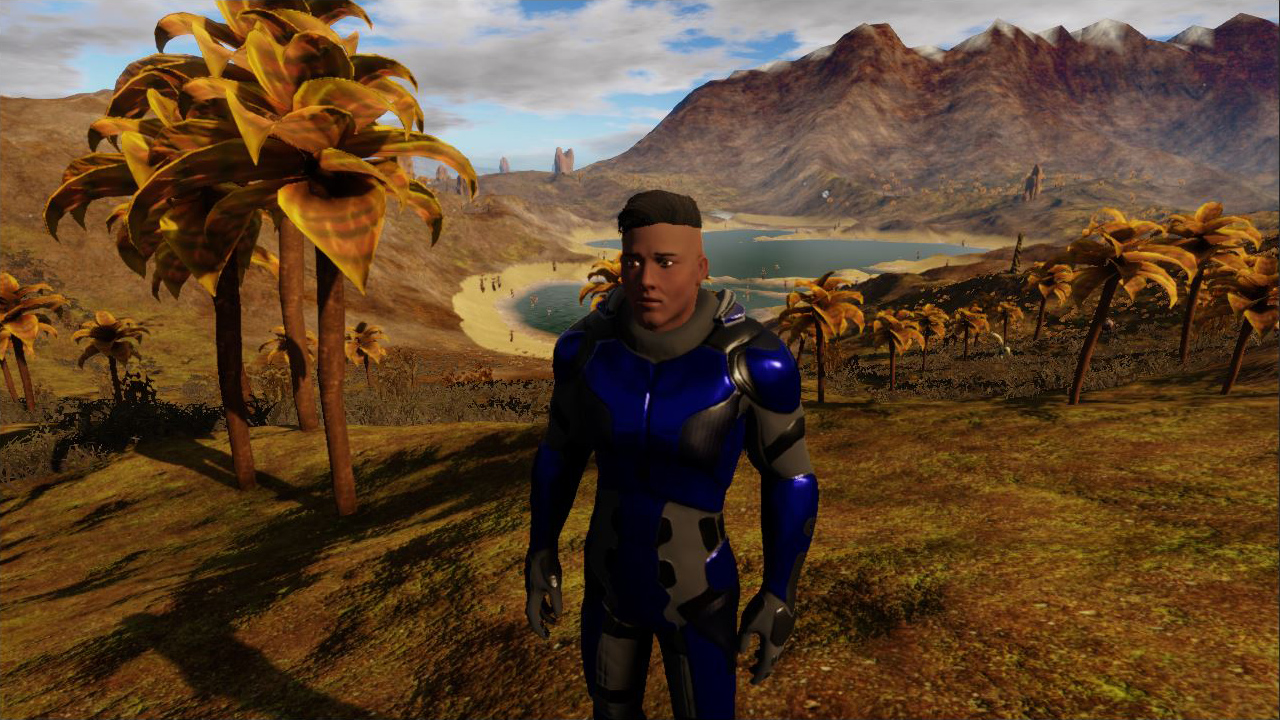 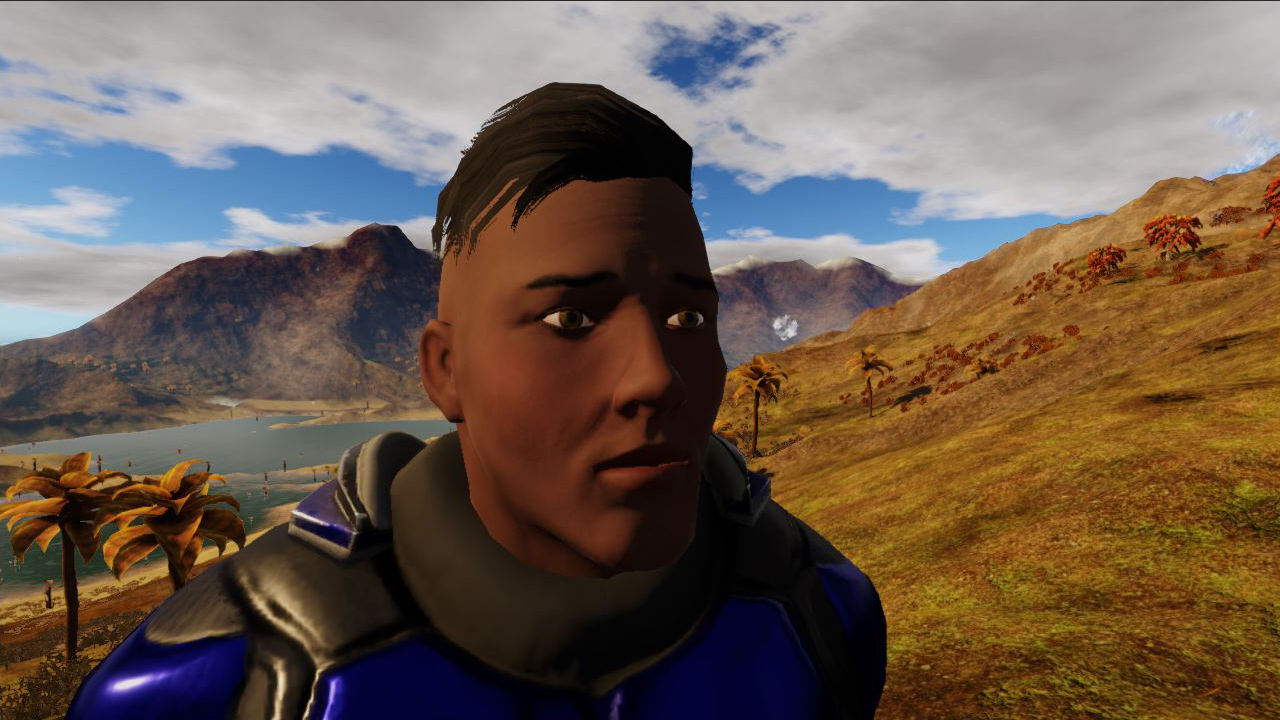 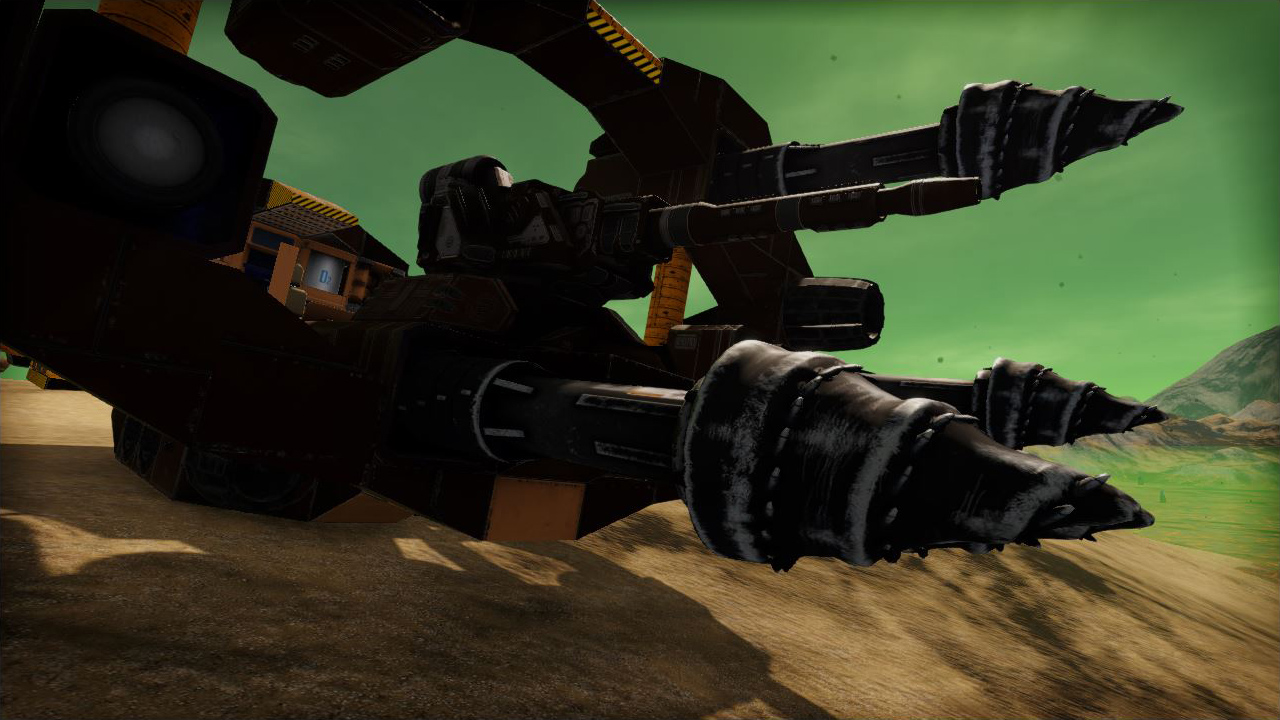 Here is a short tutorial video of how to use the new HV drill module and turret:

Notes:
- You automatically get assigned an Origin when choosing a starter planet
- When creating a faction this will automatically be a faction of this Origin
- You can not change your Origin
- Server owners have various settings to create or manage Origins, like any faction of an Origin is in a Alliance by default

Radial Menu:
We added a radial menu for the drill and multitool. More applications for the radial menu will follow. 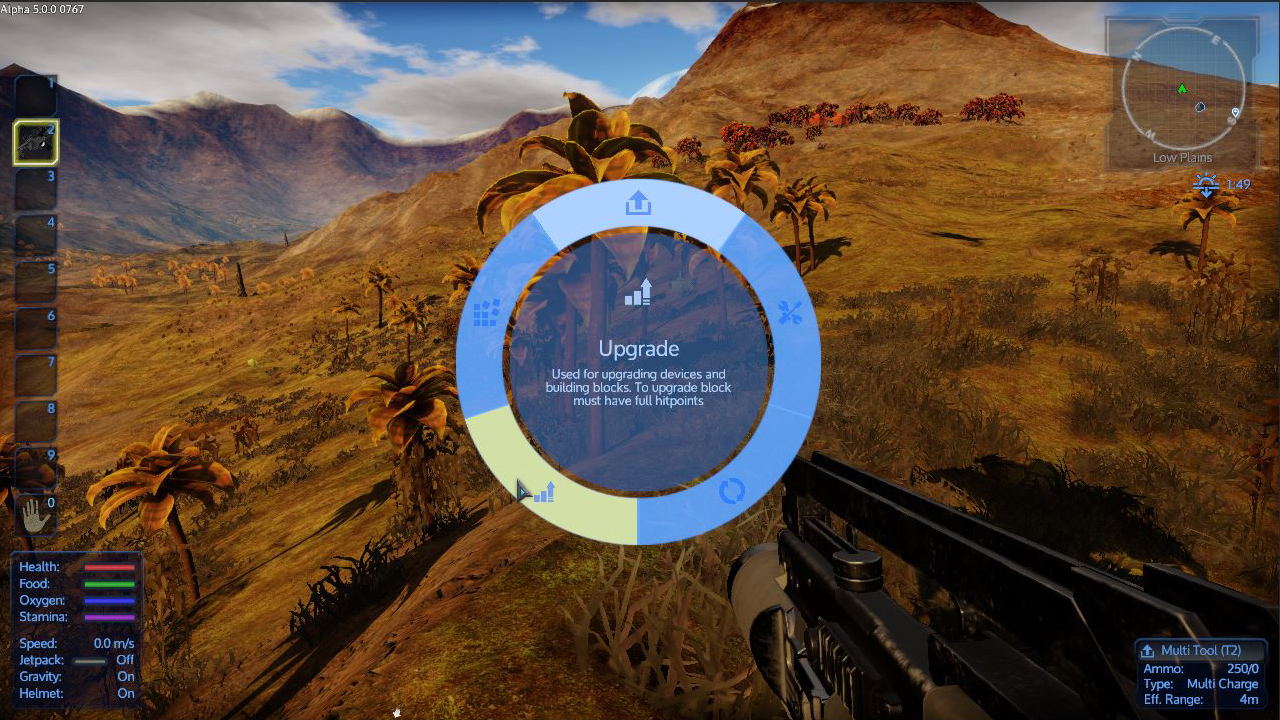 1. Multitool:
* Merged Change & Rotate Tool into Multitool
* Repair and upgrade are now 2 different actions in Multitool
* Splitted "Remove" into two distinct actions:
> DISASSEMBLE: you can now pick up intact blocks/devices on your own structures AND it has a slight chance you'll pick up a intact block when disassembling a public structure/structure without core.
> DECONSTRUCT: will always return components on all own and public structures (like before) 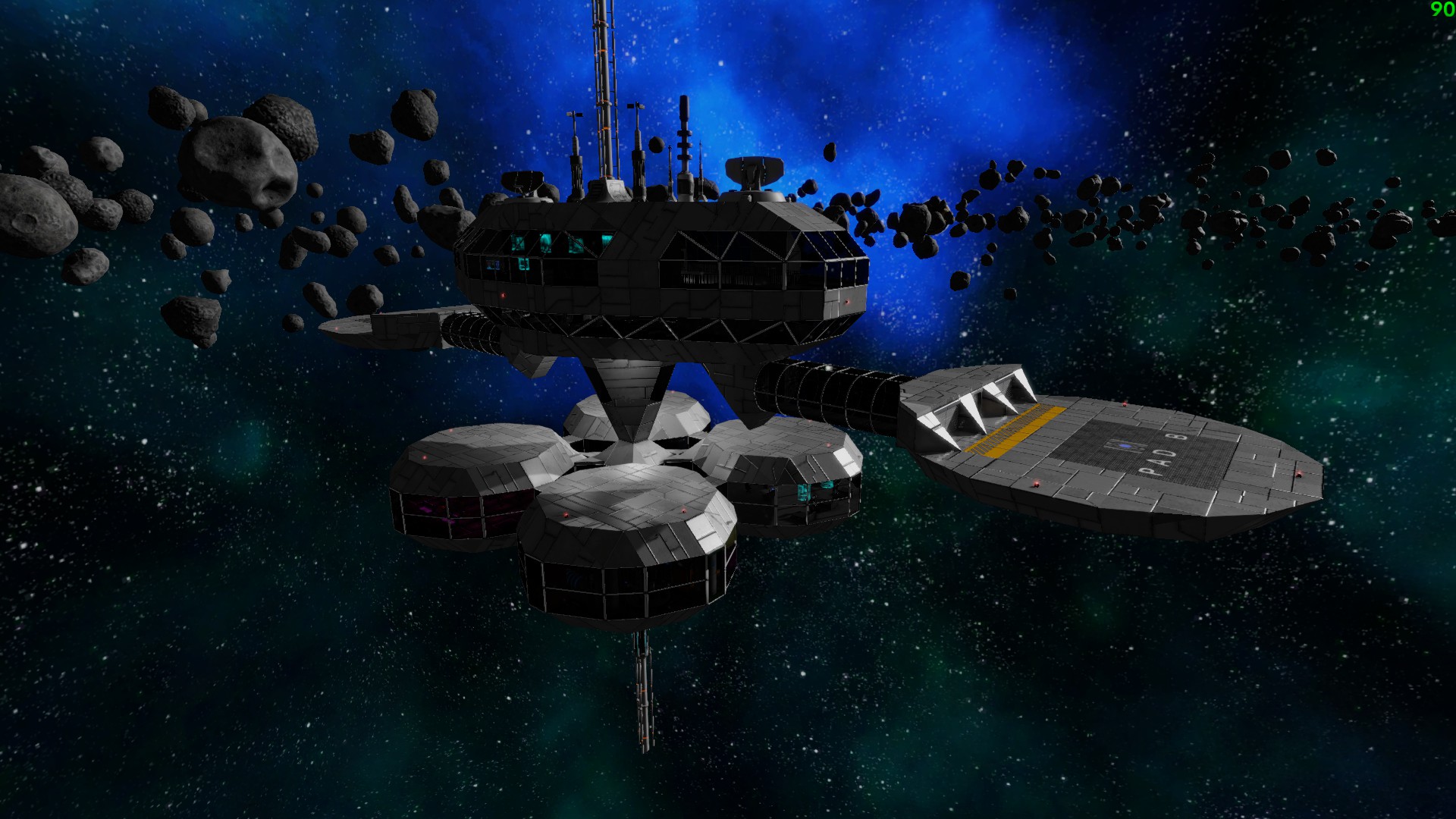 - Marketplace is now linked to a device ("Trading Station")
- You can still buy items from the remote marketplace screen (via Inventory) but other actions like selling an item or claiming sold/bought items is not possible from everywhere anymore. These actions are now handled via the "Trading Station" block in the trading stations
- Added several new planetary and orbital trading stations (They are ALWAYS visible!)
- Increased offer limit per player from 10 to 30
- Added new group "Trading" to Control Panel for Trading Station (and ATM)
- Thanks to the following persons for creating trading stations: Frigidman, Gh0stZ3r0, Maloverci and Savinwraith. Blueprints may have been slightly modified. 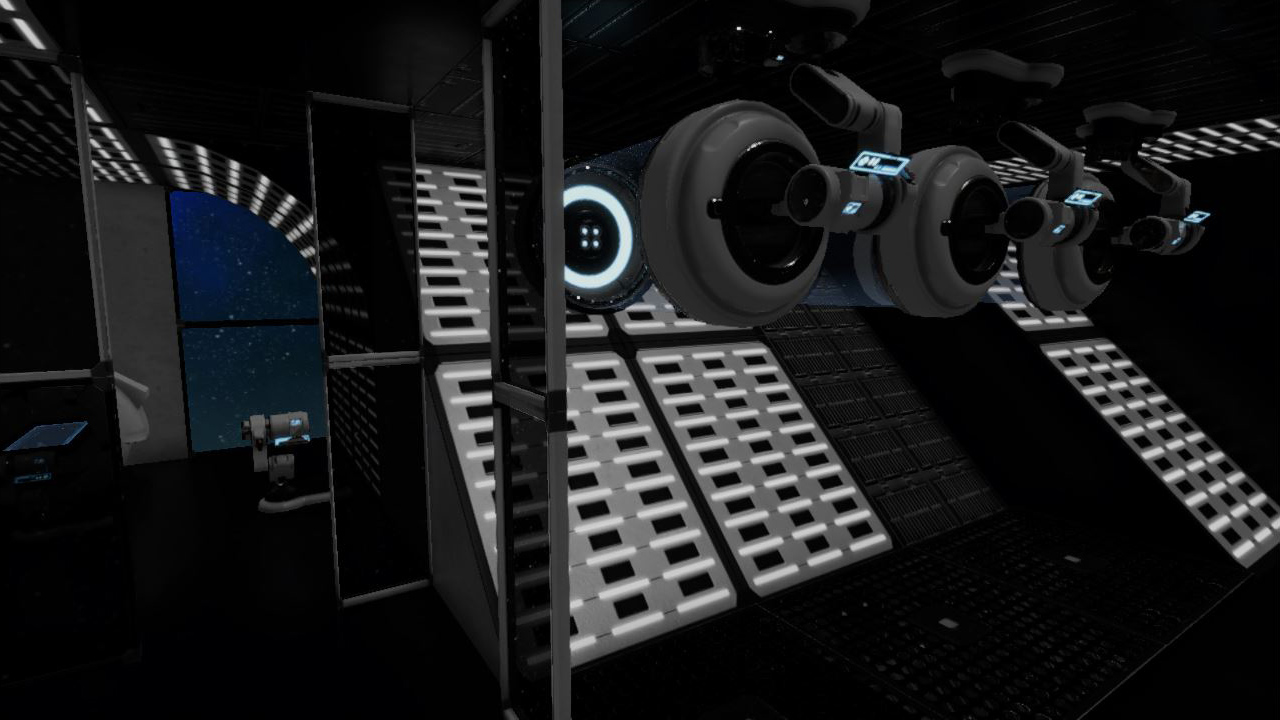 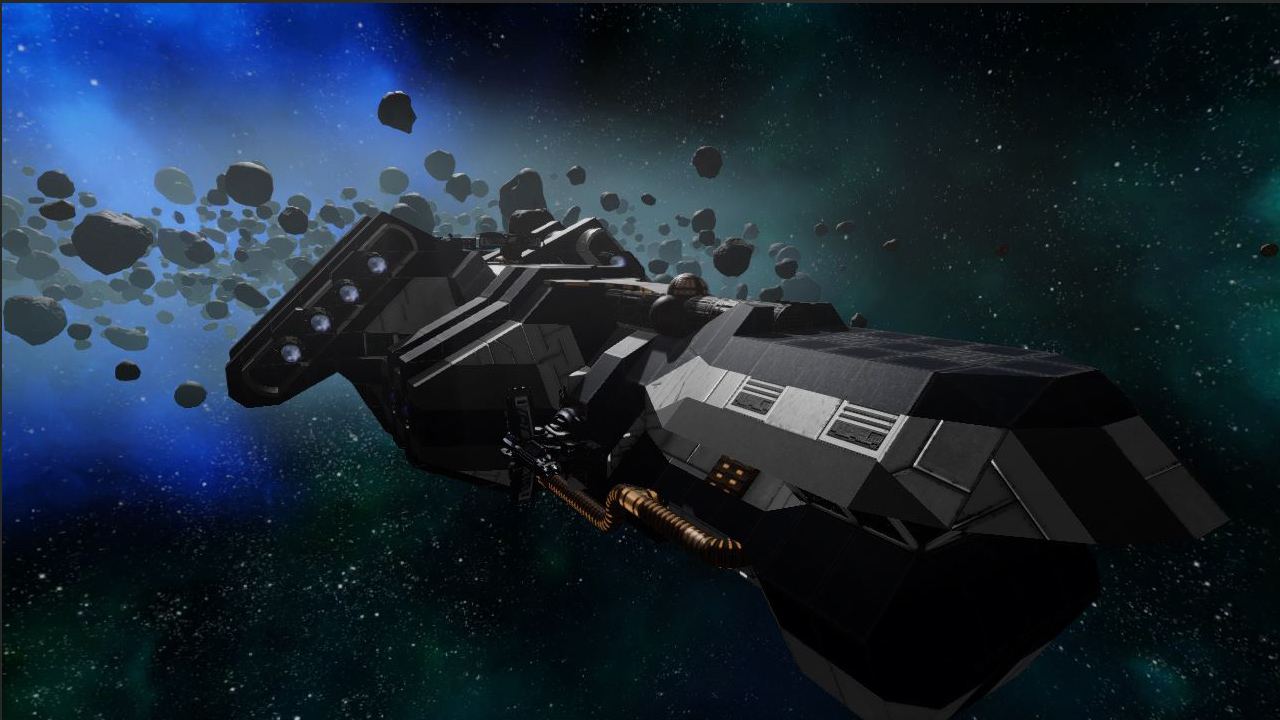 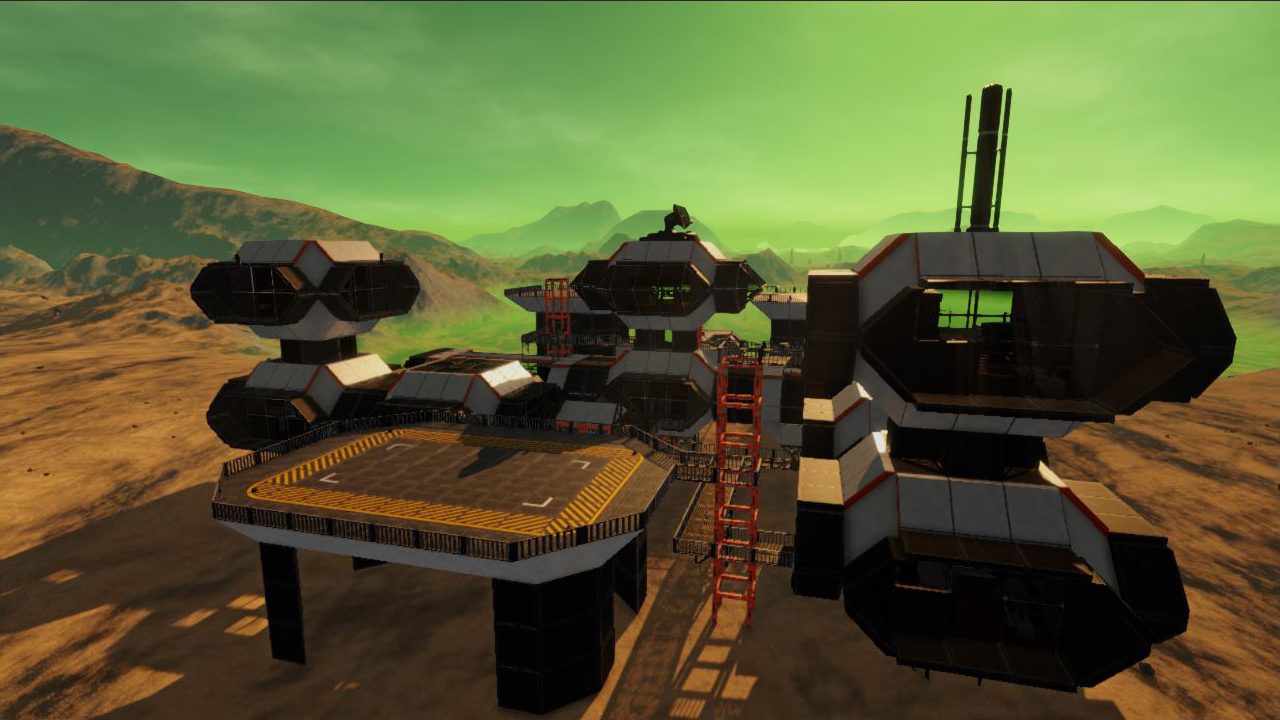 - Added Tribal Villages on Akua and Oscutune: thanks to Savinwraith
- Added Civil Settlements on almost all other planets thanks to Frigidman, Maloverci and Runningwithhamster
- Note: All doors in civil settlement POIs are set to public (code lock 0000) 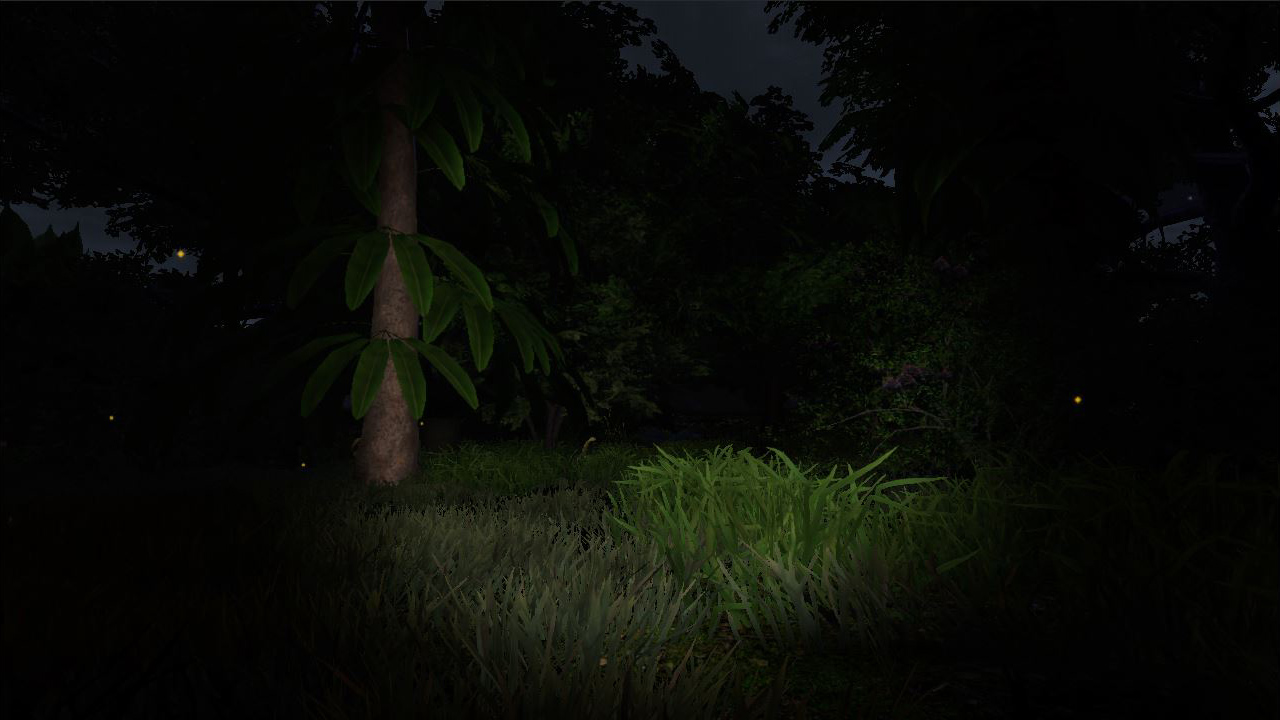 - We added a first version of a player shoulder light. So now you can easily build during night and you do not need to place any worklights or other workarounds to light up the area
- Turn on/off: Default hotkey L
- Please note that light is only visible for own player, i.e., in multiplayer you will be able to turn on/off light but other players will not yet see your light. We will add full MP functionality in Alpha 5.1. 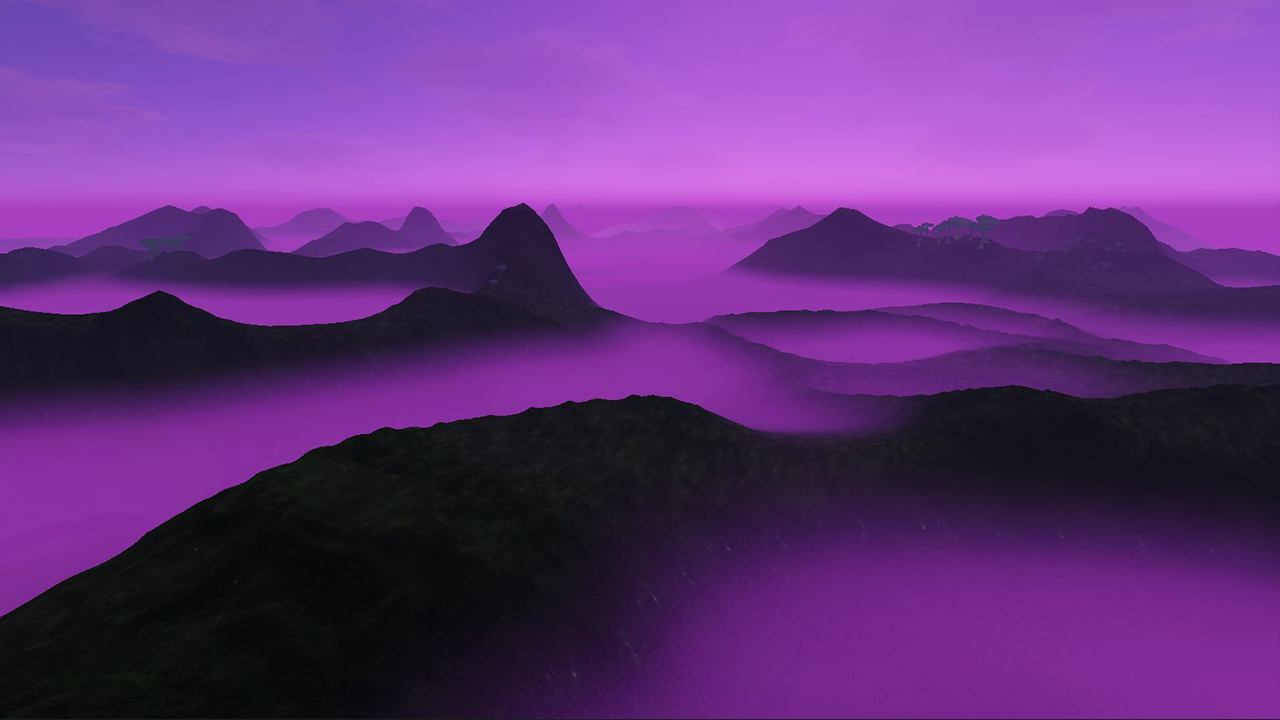 Gameplay:
- Auto Miner can now only be crafted with a special component (“Auto Miner Core”) that can be found in your Escape Pod starting equipment, in alien containers (yellow and red) and human containers (purple). With this new component, the Auto Miner become more special and harder to obtain
- Private player faction now have same properties regarding visibility compared to a "real" faction. Thus, you don’t have to form a one-man faction in MP anymore (there is no advantage of having such a one-man faction anymore)
- Slightly improved handling of motorbike (adjusted power setting on motorbike to reduce wheel slipping)
- Changed: Turrets are not targeting the “center” of a structure anymore - now turrets aim for the Core (soon we will integrate a more intelligent targeting system)
- Changed: Terrain cannot be removed with Multitool anymore
- Added Alien and Player Core (Admin) for indestructible POIs to build, e.g. Trading Stations. Structures with player admin cores are always visible on map and have different icon
- More random placement of ships after warping
- First draft of Allow/Deny for Sectors.yaml (not yet supported in space map)
- Allowing to access every Auto Miner in invisible god mode 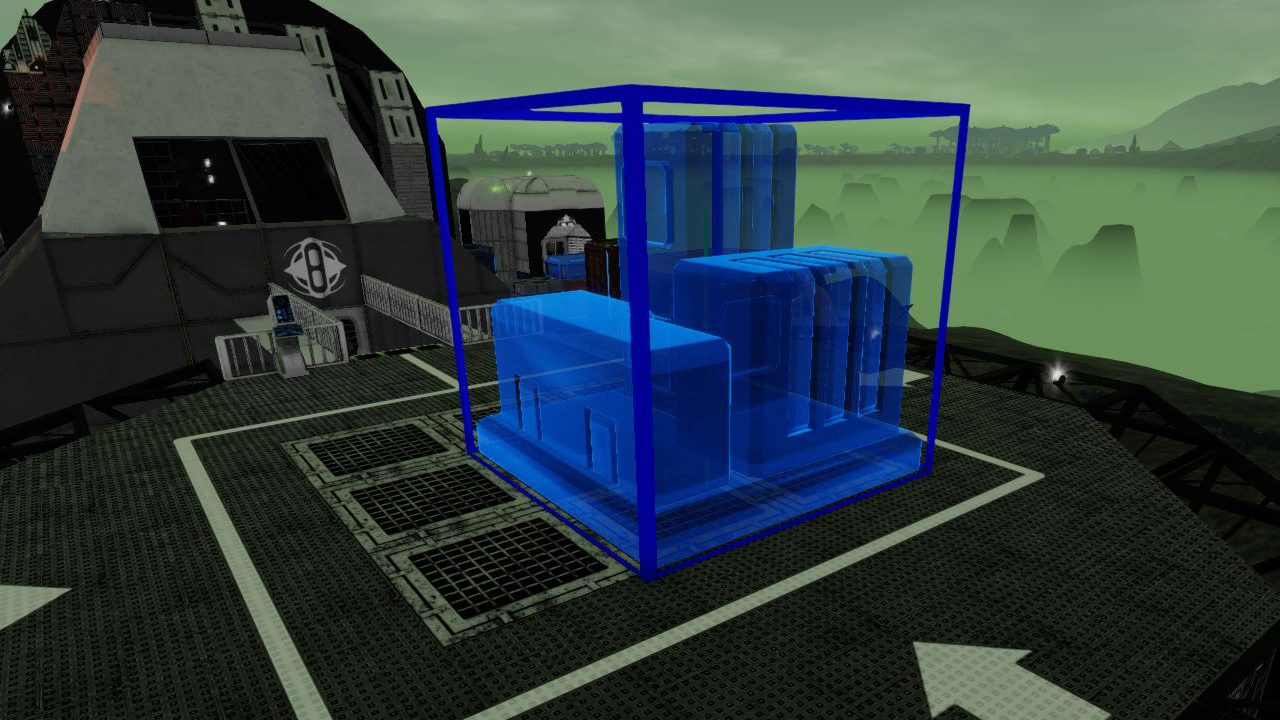 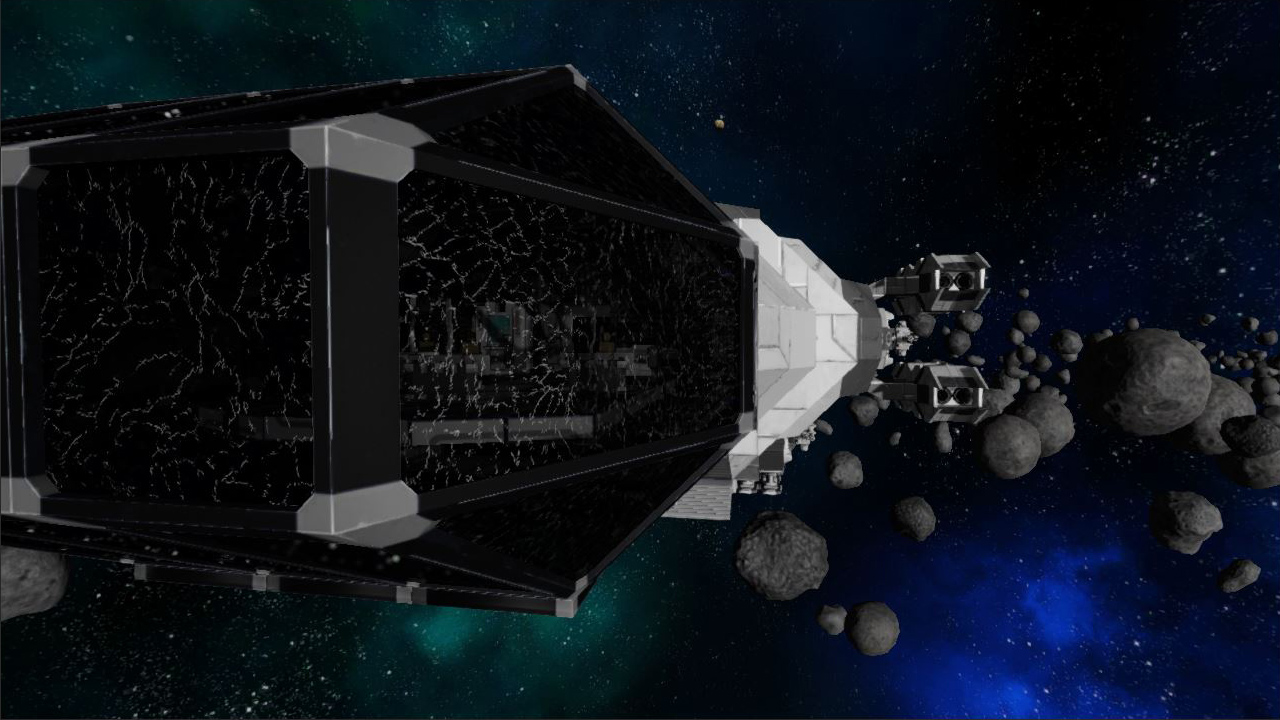 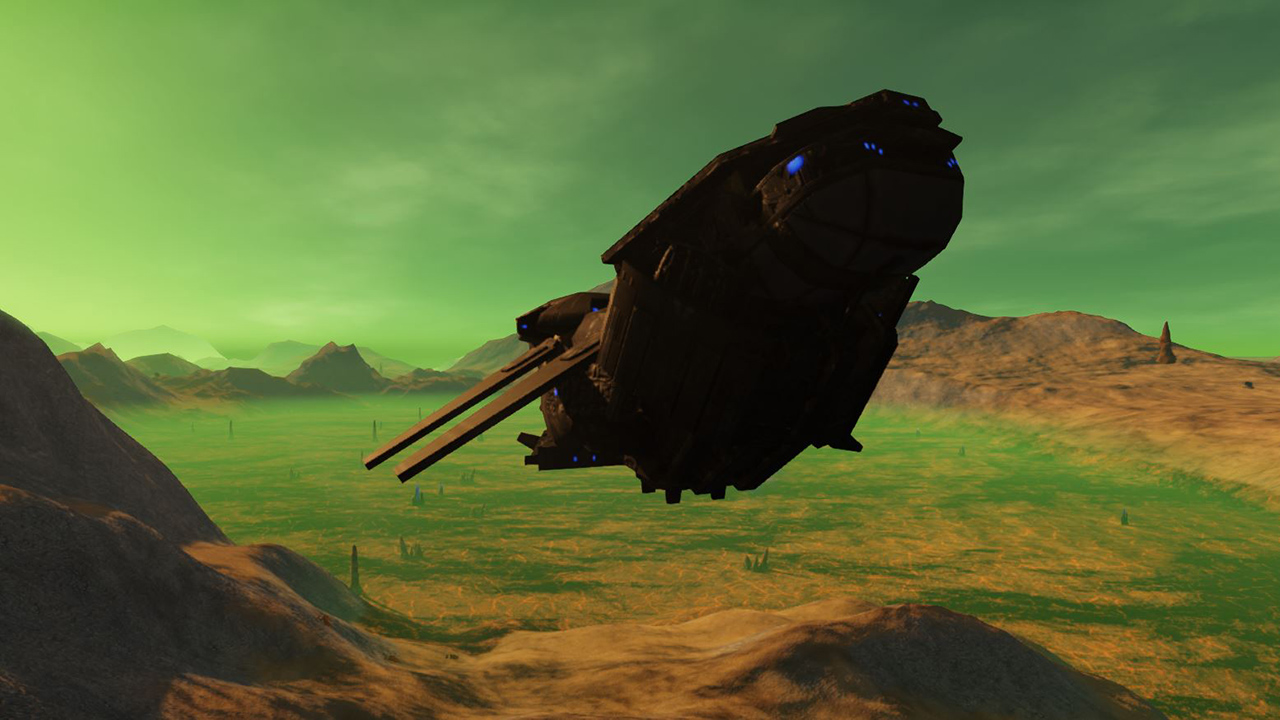 Optimizations:
1. Major Constructor performance optimization (CPU / Memory / Network)
We implemented a major Constructor performance optimization (CPU / Memory / Network):
- server-side no longer calculates data only needed in client GUI (e.g. craft mode for all templates)
- server no longer sends updates via network to all clients but only to one client and only if registered (during the time the Constructor window is open)
- improved bulk-crafting of items according to passed time on dedi after a reconnect
- lots of other small improvements and fixes, e.g. craft progress indicators now finally visible on multiplayer clients
2. Major network optimization
3. Major optimization regarding decorations on a playfield server: now decorations are only spawned around players
4. Major performance optimization for playfield servers: Structures are now disabled when no players are close
5. Much faster generation of terrain close to the player
6. Planet textures are not pre-calculated anymore but are calculated on-the-fly