Posted by EleonGameStudios on Oct 28th, 2016

Ready for the pre-Halloween Weekend with Empyrion - Galactic Survival? We finished version 4.1 with more refinements, tweaks and bugfixes just in time!

As the transition to Alpha 4 has caused some inevitable workload for updating blueprints and prefabs, we have added more functionality and a new command for bringing your favorite builds up to speed!

Other Improvements range from making the HV weight balancing more convenient (by adding smaller artificial weight blocks), removing purified water from our high-tech self-hydrating concrete to make it more affordable in the early game, up to giving faction members access to all terrain placeables.

Also important for our builders and engineers: the T2 Multitool got stronger, especially for the high end materials! No tedious grinding of Combat Steel anymore. But maybe you should now handle it with some extra care. ;-)

Have a look at the other tweaks and re-balancing changes below.

If you want to dive into "Empyrion - Galactic Survival" for the weekend, maybe with your friends that do not own the game yet, this is a good chance: we are on a 50% sale on Steam right now. Get your game key for $9.99 and have fun playing!

As always, we are looking forward to your feedback, while helping us to squash the remaining bugs. :)

Cheers and have a great weekend!

AMD improvements:
- AMD maximum and minimum source quality now scaled relative to the savegames max-min deposit sizes for the selected difficulty level (before: fixed overall scale)
- Added new animations to AMD: it now opens/closes the shields and rotates them
- Animations + drill laser effect are only triggered when AMD is actually mining (thus you now see from far away whether AMD is active)

The AMD is now closed (Tier 2 and 3) and mining laser is switched off when it is not mining: 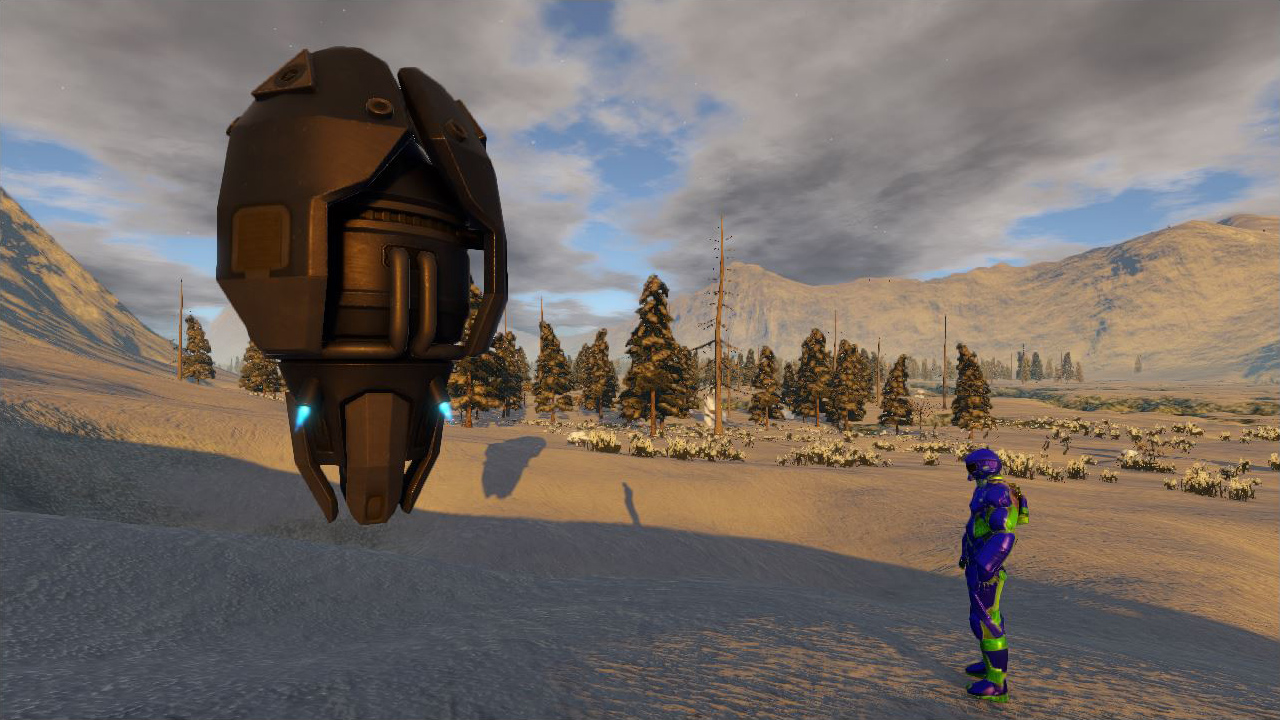 Console commands for managing blueprints:
- Added new console cmd 'prefabinfo' to obtain detailed info about a BP that is in your BP library. You can now easily identify and replace the forbidden blocks. For example, sometimes there are old blocks in the prefabs that can render a blueprint red in the library.
- You can now also replace single forbidden blocks as follows. Open the console and write:
“replaceblocks [EntityID] [ForbiddenBlock] DummyBlock”
(yes, we added a block called "DummyBlock"). Then just remove or swap the DummyBlock with a suitable device or block. Combined with the prefabinfo-command, this is the way to go in SURVIVAL, where you can not spawn RED blueprints for removing the forbidden blocks or run the BP Converter command.
- BP Converter command update: Added old non-automated Large Constructor and Food Processor to "replaceblocks [EntityID] -alpha4" console command (+ adjusted their names to make clear they are obsolete blocks).
Note: the command will update all blocks of the blueprint, but you first need to place it in the world in CREATIVE mode and get its EntityID. Just open the console and type in ID. Go close to your blueprint and note down the ID, which is shown in the info panel on top of the screen.
- Added console cmd 'ents' to show all spawned entities

Now you can zoom in with your turrest using the scroll wheel: 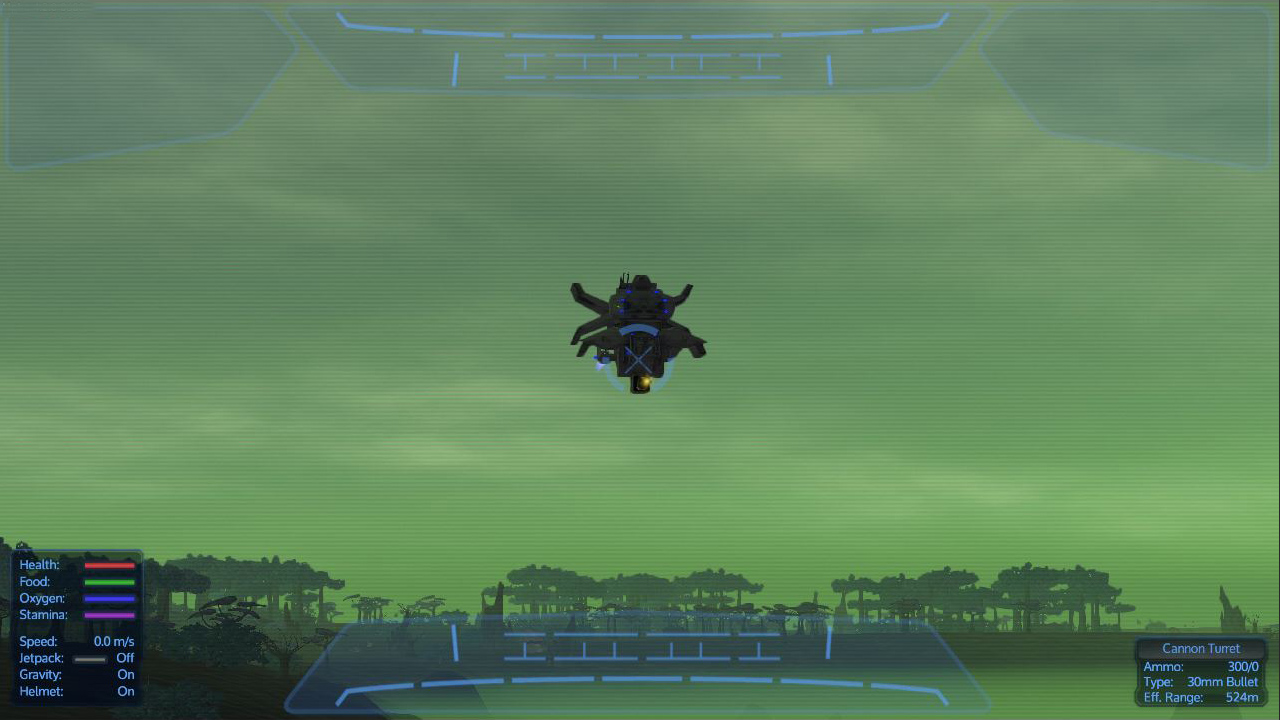 General improvements:
- Added Zoom for turrets
- Improved weapon shooting on all mounted weapons (SV / HV / CV): the weapons should now shoot accurately - try them out on your shooting range
- Faction members can now access and pick up terrain placeable devices that have faction access allowed
- When item menu (Creative or activated via console command) is open, items that are shift-clicked out of the toolbar are now put into trash.
Note: Works only in creative mode (H-button) or when activated via console command in Survival mode. It does not happen when your player- or container inventory is open in survival mode!
- Materials available in Output Area now count to "available resources" in template info
- Advanced constructors now put any remaining intermediate products in its Inventory and not in Output grid
- Added Hover Engine/Hover Booster info to Vessel Statistics Window for HV
- Added info about "max consumption" of a vessel to control panel
- Added 3 new artificial mass blocks for HV balancing: 250, 500, 1250 kg (de-activated 2500kg artificial mass block)

We adapted the light intensity on all starter prefabs: 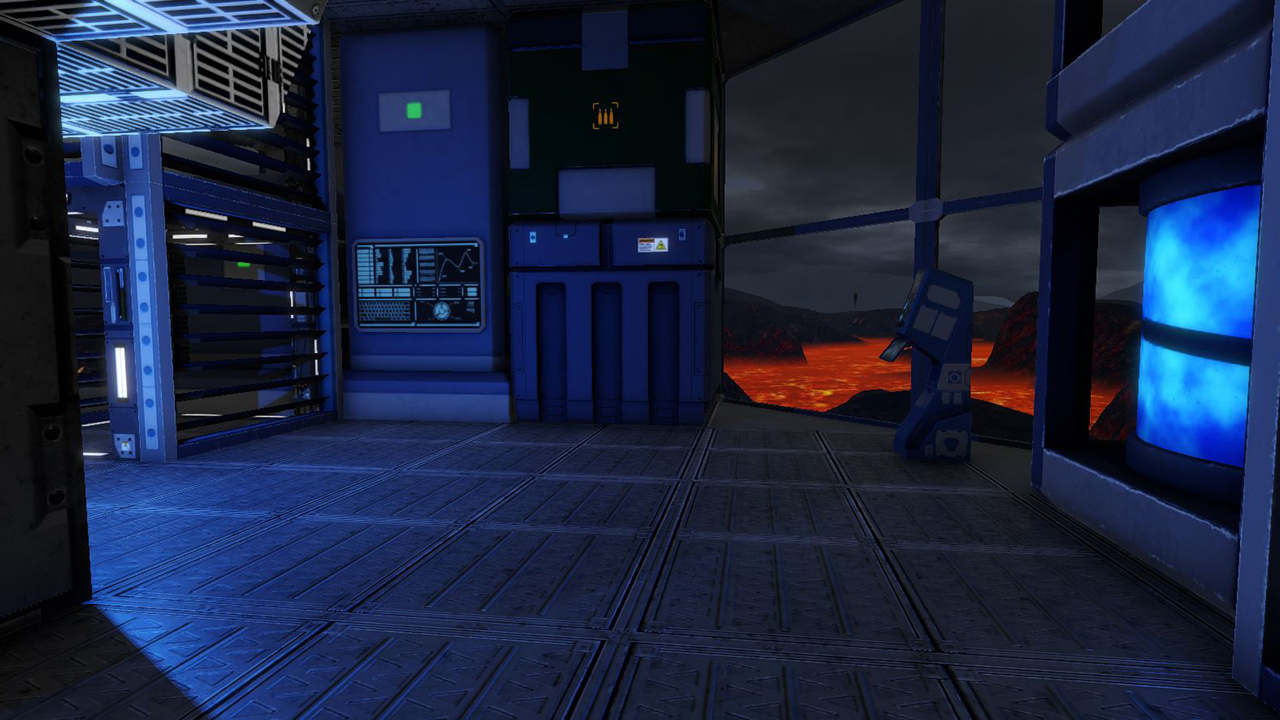 The Multitool is now much stronger - handle with care: 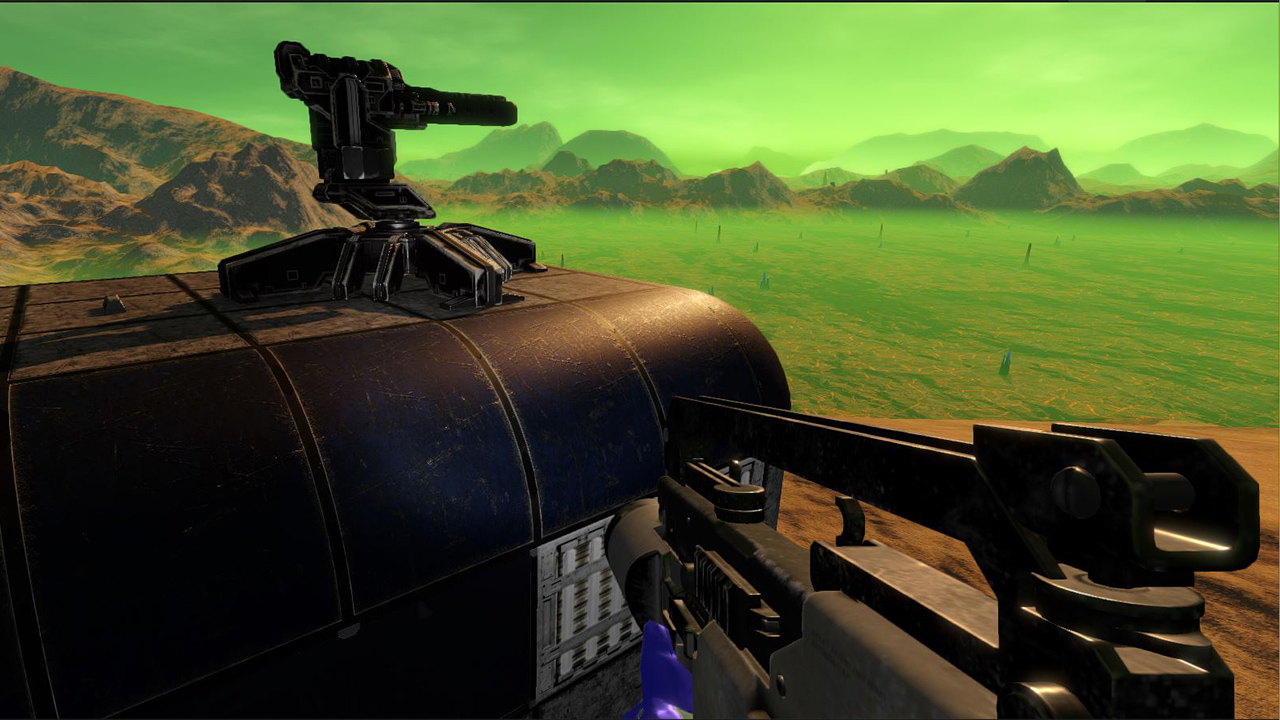 We added "deferred reflections" on all blocks: 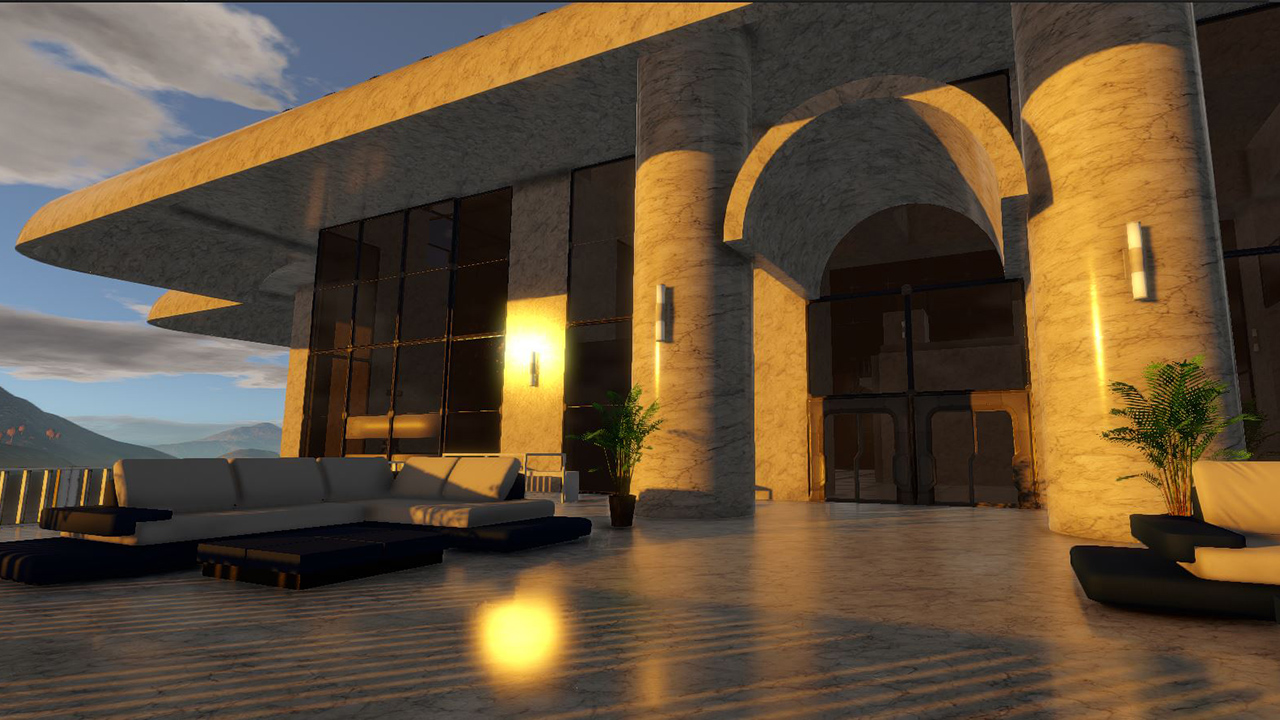 (btw: this is "Katey's Beach House With Basement" - an awesome blueprint available on the Workshop Steamcommunity.com)

The new model for the emergency O2 generator: 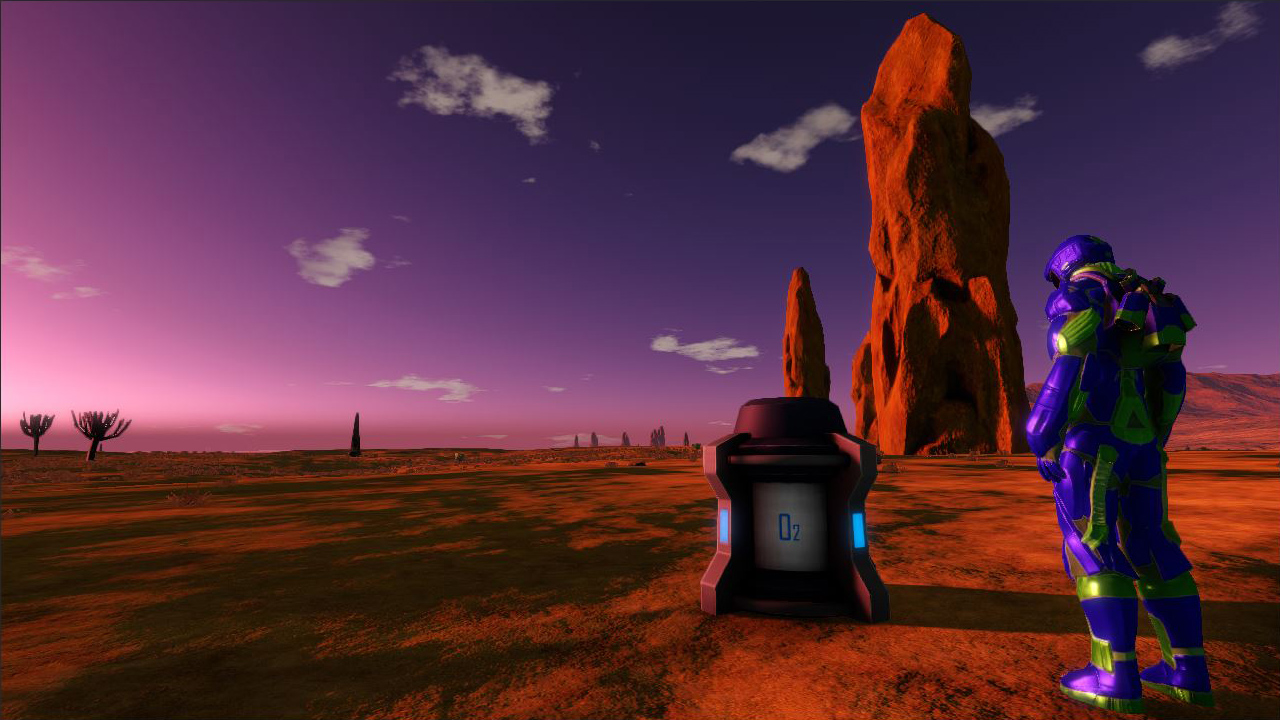